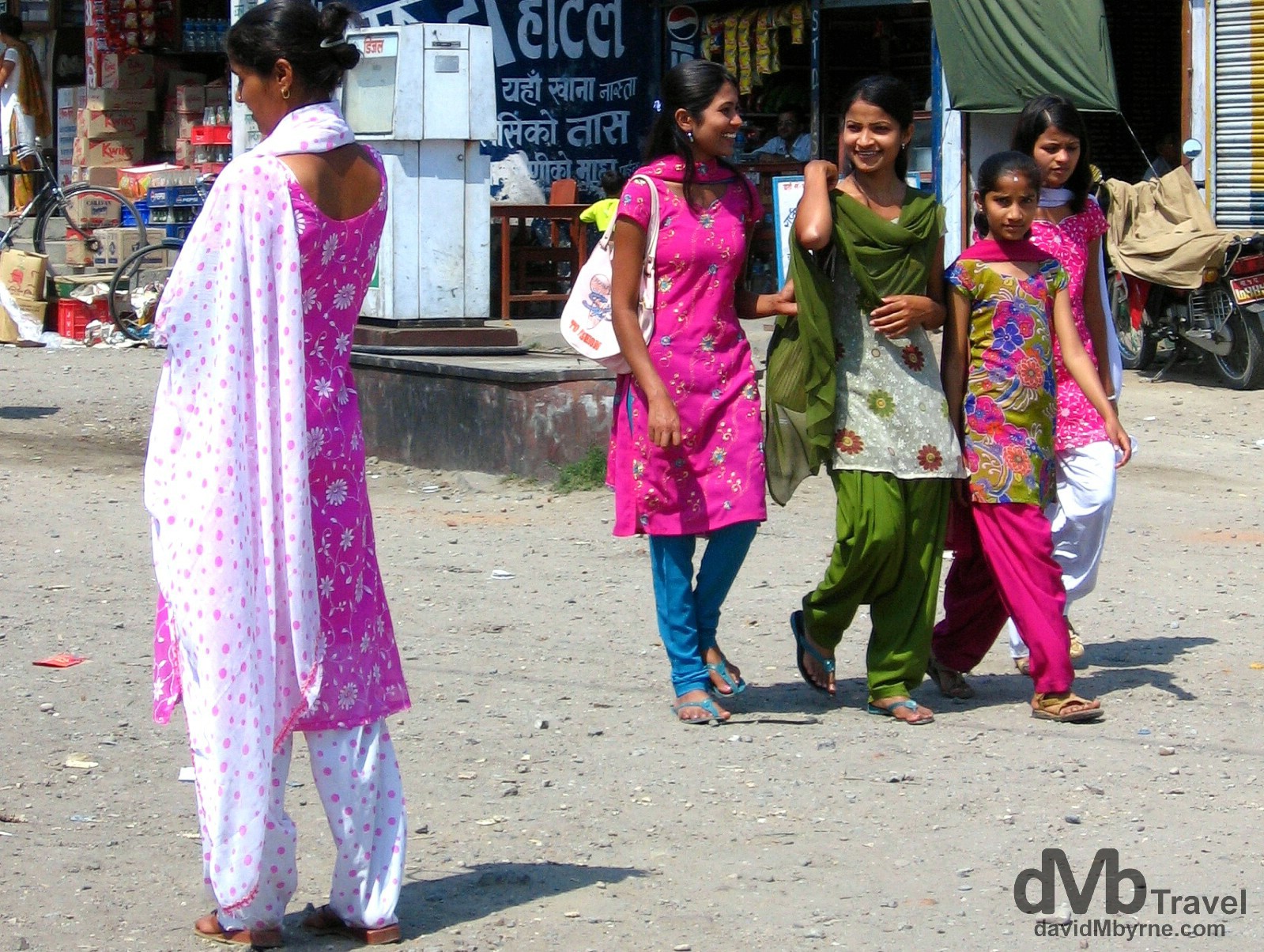 We were standing on the side of the road in central Kathmandu at 7:20 a.m. this morning thinking we had missed the 7 a.m. bus we had reservations for, the bus to a town called Sunauli on the Nepal/India boarder.

“Lad, if we don’t get this bus we won’t make it to Varanasi for Paddies Day,” I informed Pat even though it was early morning on March 15th (for those unawares Paddies Day is March 17th and oh, what a day it is for us Irish).

Captured on the streets of a town en route from Kathmandu to Sunauli, Nepal. March 15, 2008.

We needn’t have worried. The bus was obviously on Nepal time and it finally trundled its way down the road towards us at 7:25 a.m. The arrival of the bus, while obviously welcomed by both of us, signaled the start of another 10 hours on a Nepalese bus, bouncing and weaving for 200 kilometres or so to Sunauli. 10 hours. 200 kilometres. Adding that to the hours-spent-on-Nepali-buses total, we estimated that we’ve spent over a day (26 hours actually) of the 11 days we’ve spent in Nepal sitting on buses to go relatively small distances. That’s more time than we spent walking on our three day trek, a lot more time. 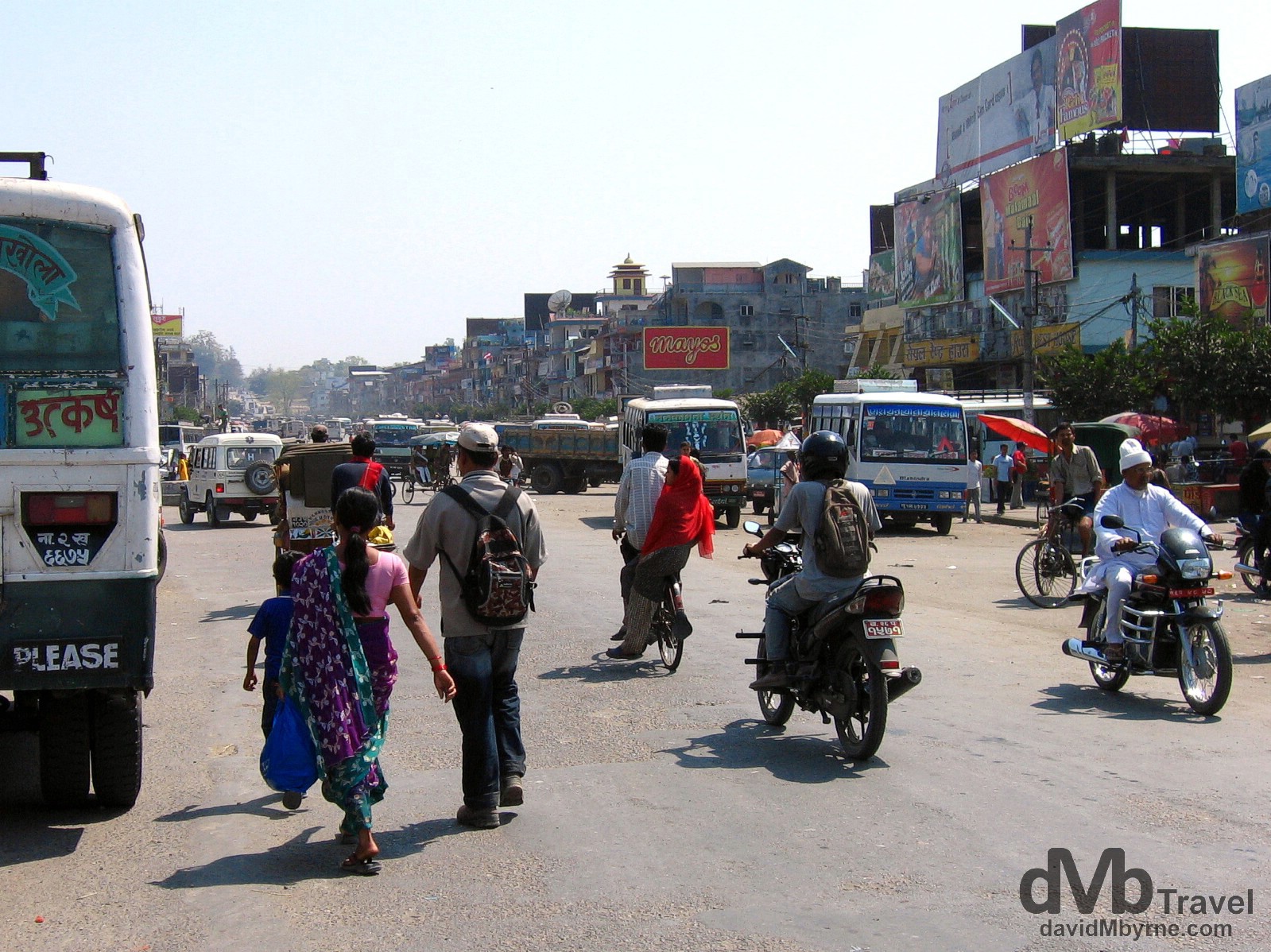 On the streets of Sunauli (

Sunauli
We overnighted in Sunauli, a typical chaotic, dusty, lawless boarder town devoid of character, appeal and order, one that had us second guessing whether staying here at all was a good idea – continuing on to India was an option – the boarder is open 24 hours – but we wanted one more night in Nepal, even if it was here in Sunauli. It, the town, also had very few decent paces to eat so with limited options we ended up paying a visit to the restaurant of the best hotel in town. There, on the back of a napkin, we calculated that our remaining Nepali rupees would stretch to 3 Indian dishes (including to die for malalai kofta, veg kebabs in a rich cream sauce), 3 butter nan breads and, most importantly, 3 San Miguel beers. They were nicely chilled (probably the first time we had drank chilled beers in the country) which was nice as they were to be our last tipple in Nepal. When all was said and done and we were sufficiently feed and watered we had the grand total of 15 Nepali rupees (€0.15) left to our name. We then ventured back to our hotel room where Pat continued his war with the mosquitoes and we settled in for our last night in Nepal.