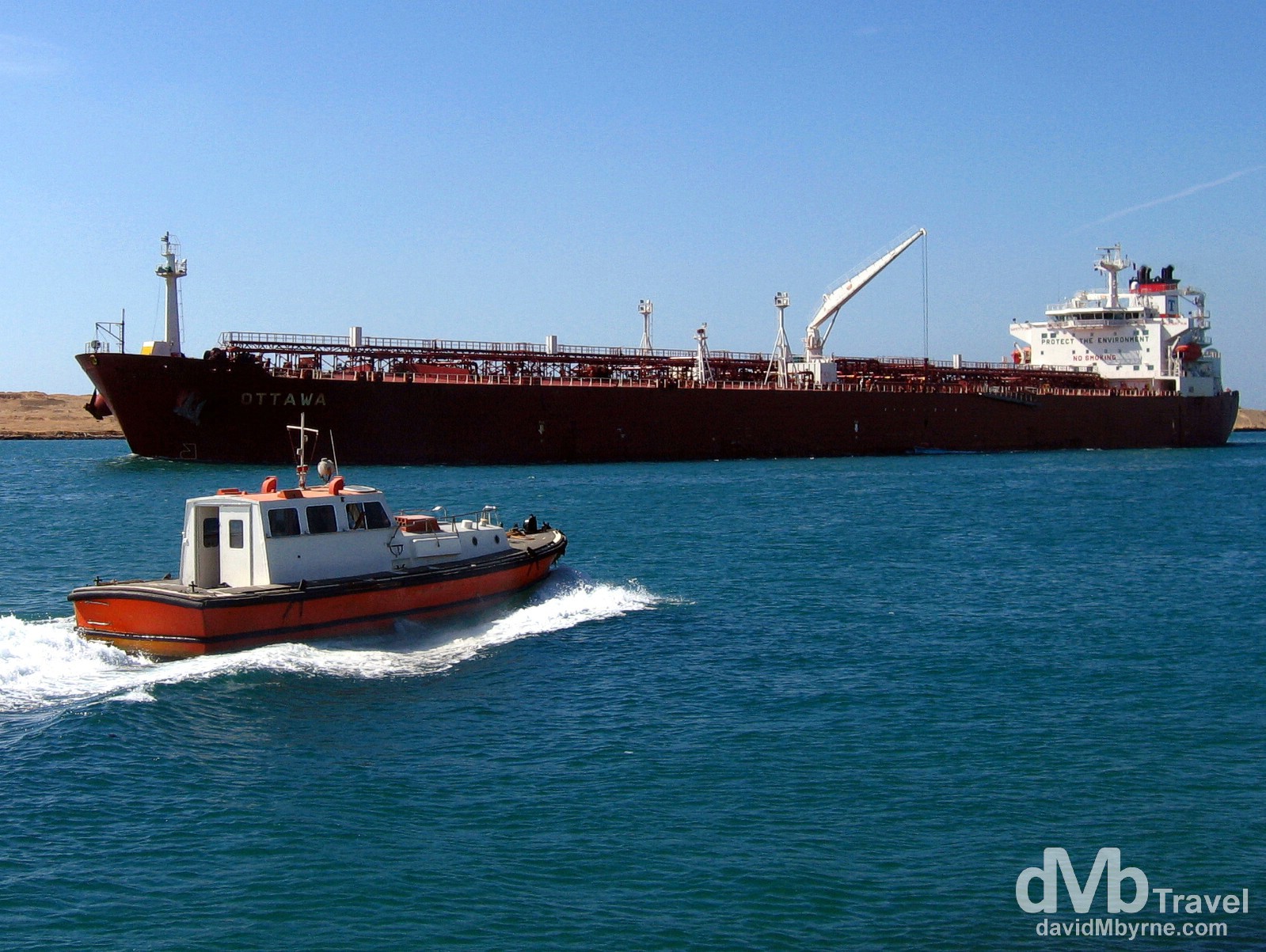 The fact that Suez is about half way between Alexandria, where we just came from, and Dahab in Sinai, where we’re headed, is convenient because we both wanted to come here to do a spot of marine train spotting. Yes, for some reason the thought of sitting by the Suez Canal, the waterway separating Africa from Asia and linking the Mediterranean & Red seas, and watching massive cargo ships and tankers pass us by appealed to us. Boys will be boys I guess.

A dismal but profitable ditch. 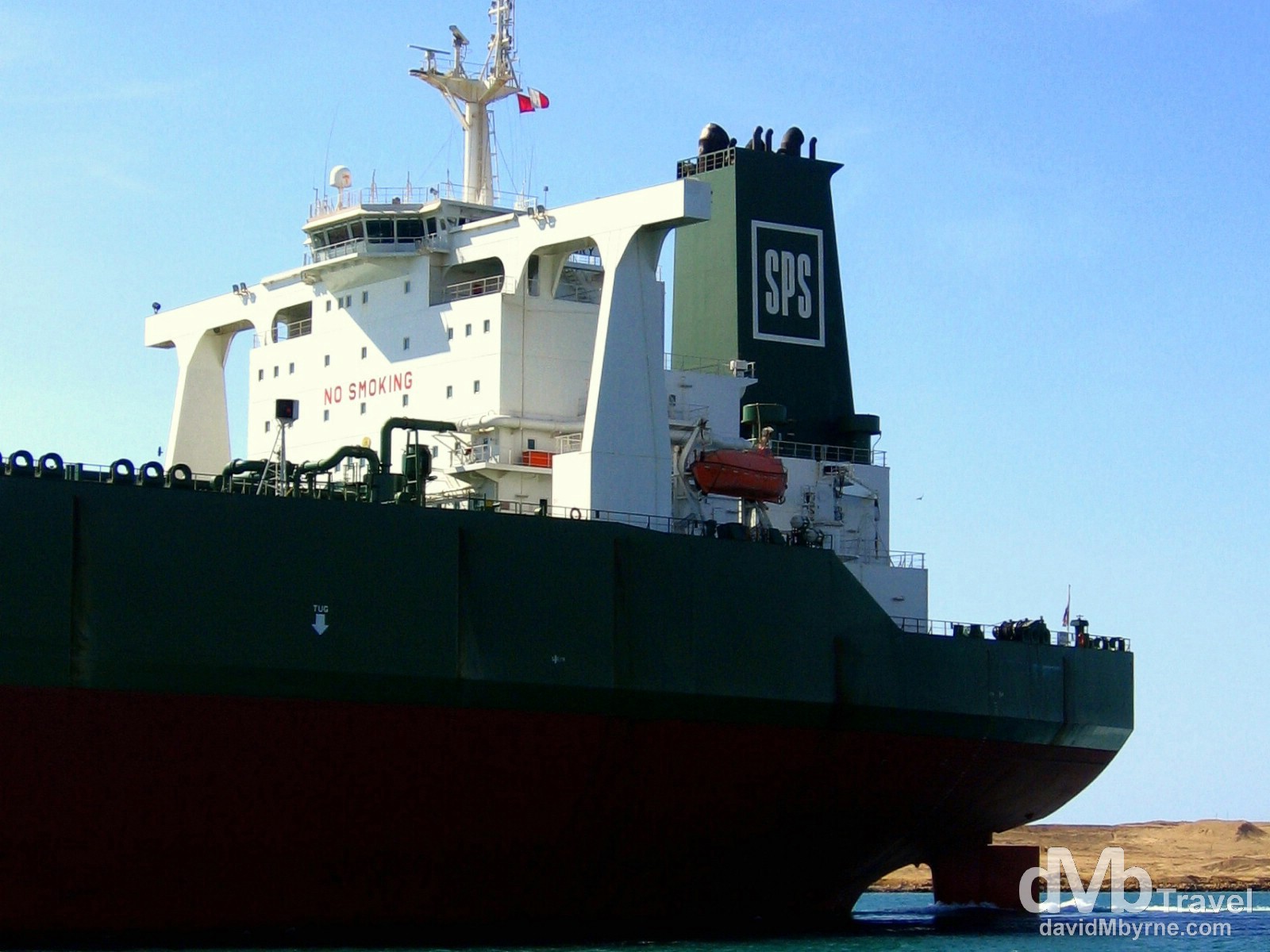