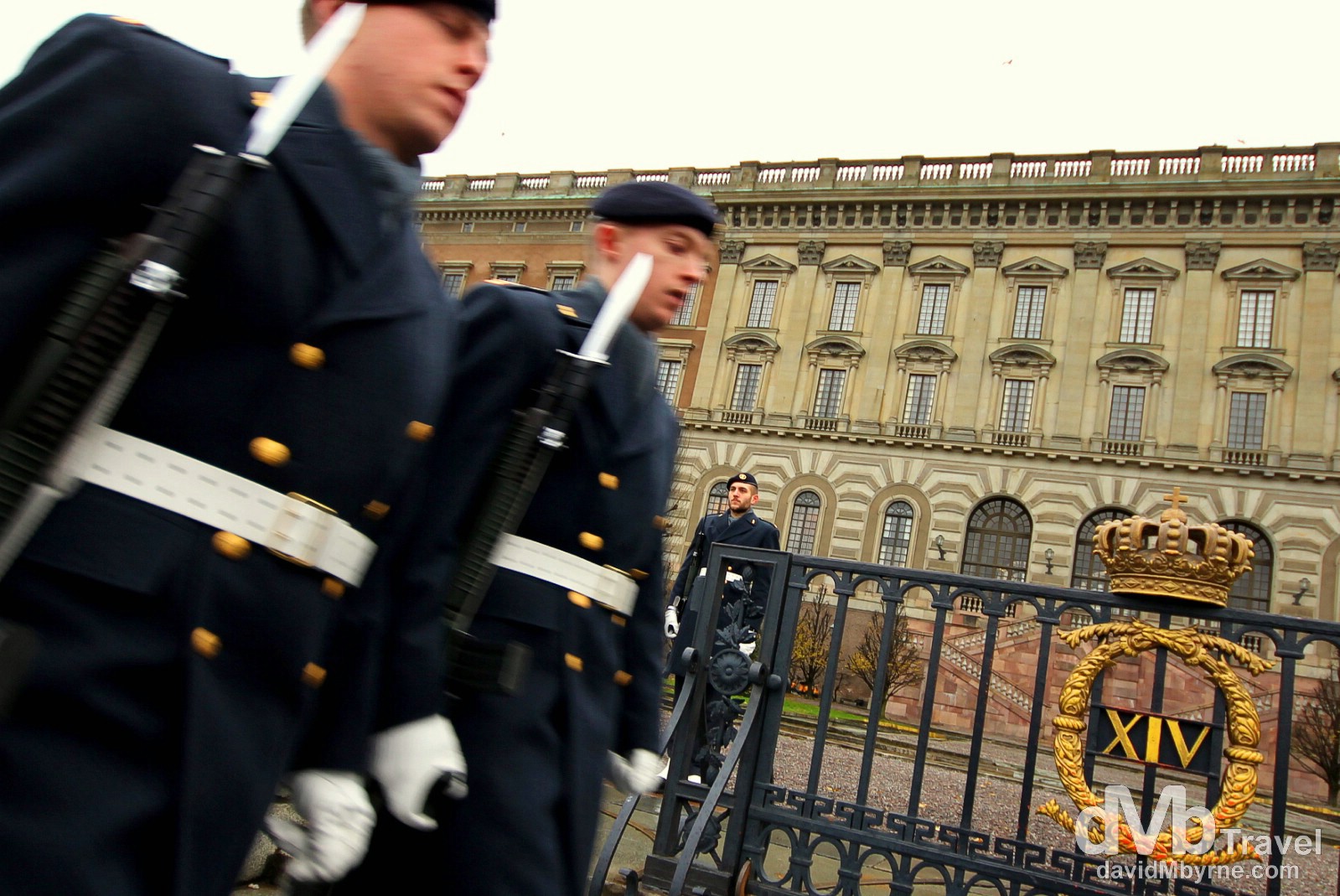 I‘ve just about dried out for this day and now that I have I can present what will be my enduring memory of my time here in Stockholm, the capital of Sweden, officially the Kingdom of Sweden. 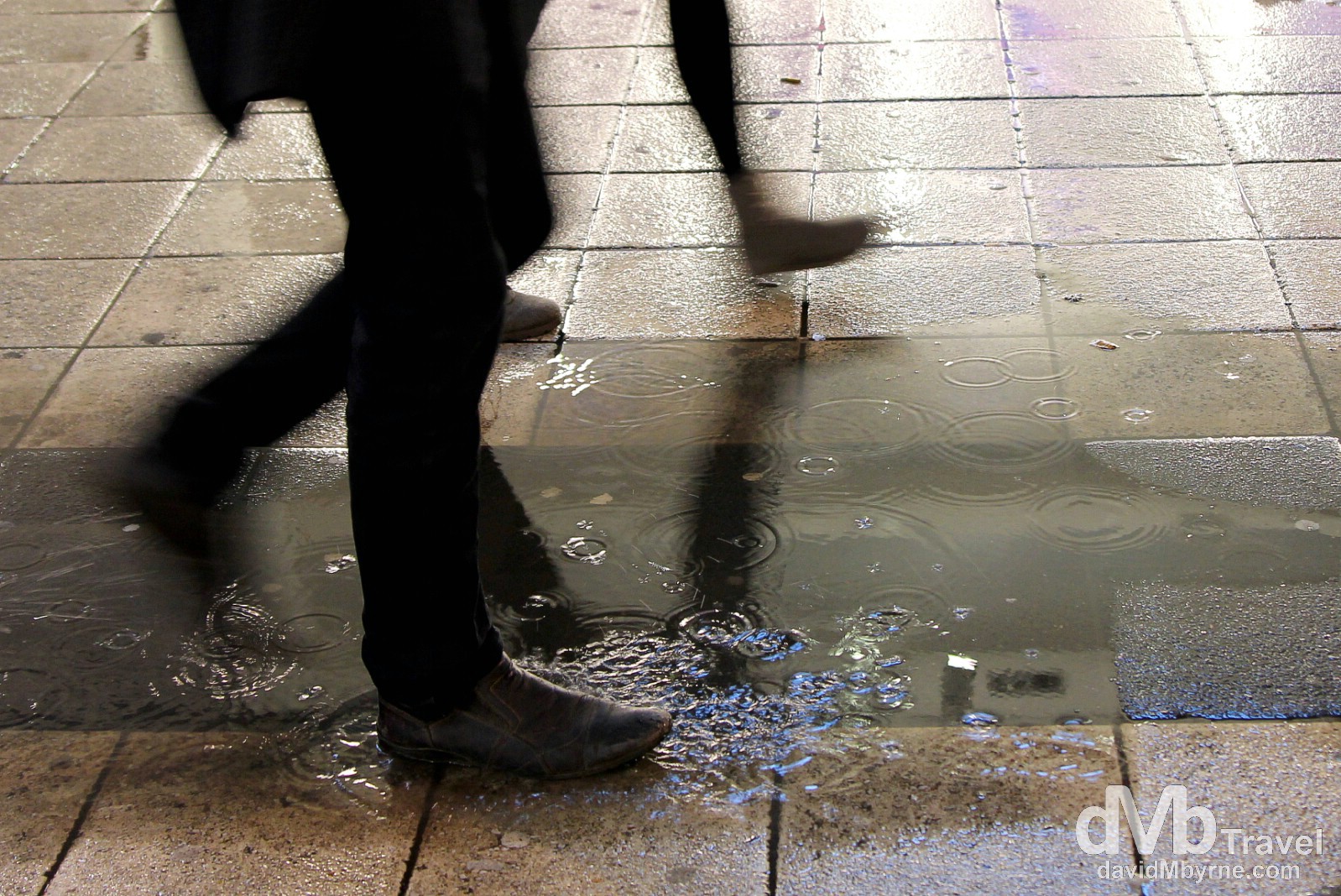 It hasn’t stopped raining since I got here yesterday from Helsinki, Finland. Two miserable days. It was bad yesterday but even worse today. I tried to look around but it’s hard when the 7 hours of light a day Stockholm gets this time of year is hijacked by incessant rain. It’s even harder to take pictures. I gave up earlier today, figuring my camera had been through enough; it was as wet as was I (& miserable).

Stockholm, the so-called capital of Scandinavia, is supposed to be a beautiful city. I have heard that more than once and from more than one source. Indeed, Lonely Planet says the Swedish capital is one of the most beautiful cities in not only Europe but the world before applying this bit of hyperbole when describing the Galma Stan district of the city.

A mirage of saffron & terracotta-coloured buildings shimmering between blue water and even bluer skies all summer, or covered with snow & dotted with lights in winter.

Great. But what about late November, guys? I guess I’ll have to come back, preferably in the summer. 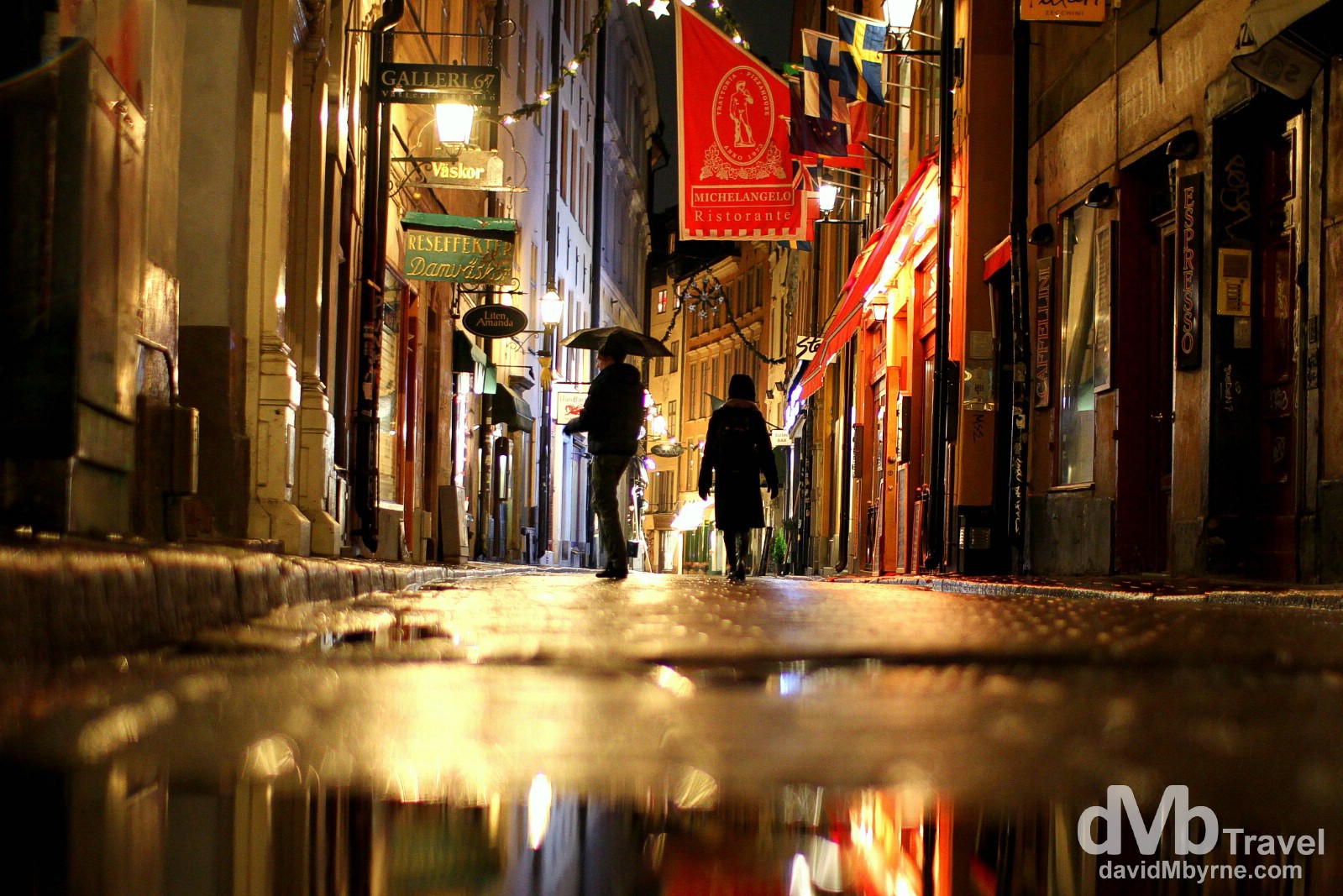 While getting royally drenched, I did manage to see some of the city (although I planned on seeing a lot more), enough to sort of appreciate what all the fuss is about. I spent some time, as all visitors to the city should, in the medieval Old Town of Gamla Stan. This is where Stockholm began, a compact area of twisted, narrow cobblestone streets & stucco-walled buildings, all of which seem to be a souvenir shop, a café/restaurant or an ice cream parlour, & all of which I’ve no doubt prefer the summer season too. I took the majority of my Stockholm pictures at night which is typical for me when the weather is bad – dreary nights are way more photogenic than dreary days. Vesterlanggatan, Gamla Stan, Stockholm, Sweden. November 26th 2012

Ceremonial guards outside Kungliga Slottet, Stockholm’s Royal Palace. I had a look around the 16th century Royal Palace (mercifully it wasn’t raining in there), paying near on €20 for the privilege – Stockholm more than lives up to its reputation as an expensive destination. With a total of 608 rooms, the palace is the world’s largest royal castle still used for its original purpose. I’m not too sure what that means because according to the very nice multilingual local who guided my tour of the palace, the Swedish King doesn’t actually live here & hasn’t since the 80s. But he does still come here to work, 9-5, Monday to Friday, to ‘tend to his duties’. As one might expect, the palace is full of lavishly decorated rooms, sweeping staircases & marble. Opulence. Royal opulence. Pictures weren’t allowed, just another reason why I won’t have many pictures to show from my time in the city. Outside Kungliga Slottet (the Royal Palace) Stockholm, Sweden. November 26th 2012

I’m off to Oslo, Norway, tomorrow, my last stop before Iceland. I’ve checked the online forecast. They are calling for low temperatures (anywhere from +3 to -1 Celsius) but no rain. That’ll do. Oh yes please, that’ll do.