Stilt Fishing, a tradition still practised by only a few communities in western & southern Sri Lanka, has got to be high up there on the tough-ways-of-making-a-living list. It certainly didn’t look like much fun from where I was standing – firmly on solid ground – earlier today.

A stilt fisherman plying his craft outside the village of Koggala (

Poles are firmly embedded in the sea bottom, close to shore & where the fisherman perch casting their lines in the hopes of catching spotted herrings & small mackerels, which are stored in bags tied around the pole. Stilt positions are passed down from Father to Son & are highly coveted, although looking at these pictures one may probably wonder why. 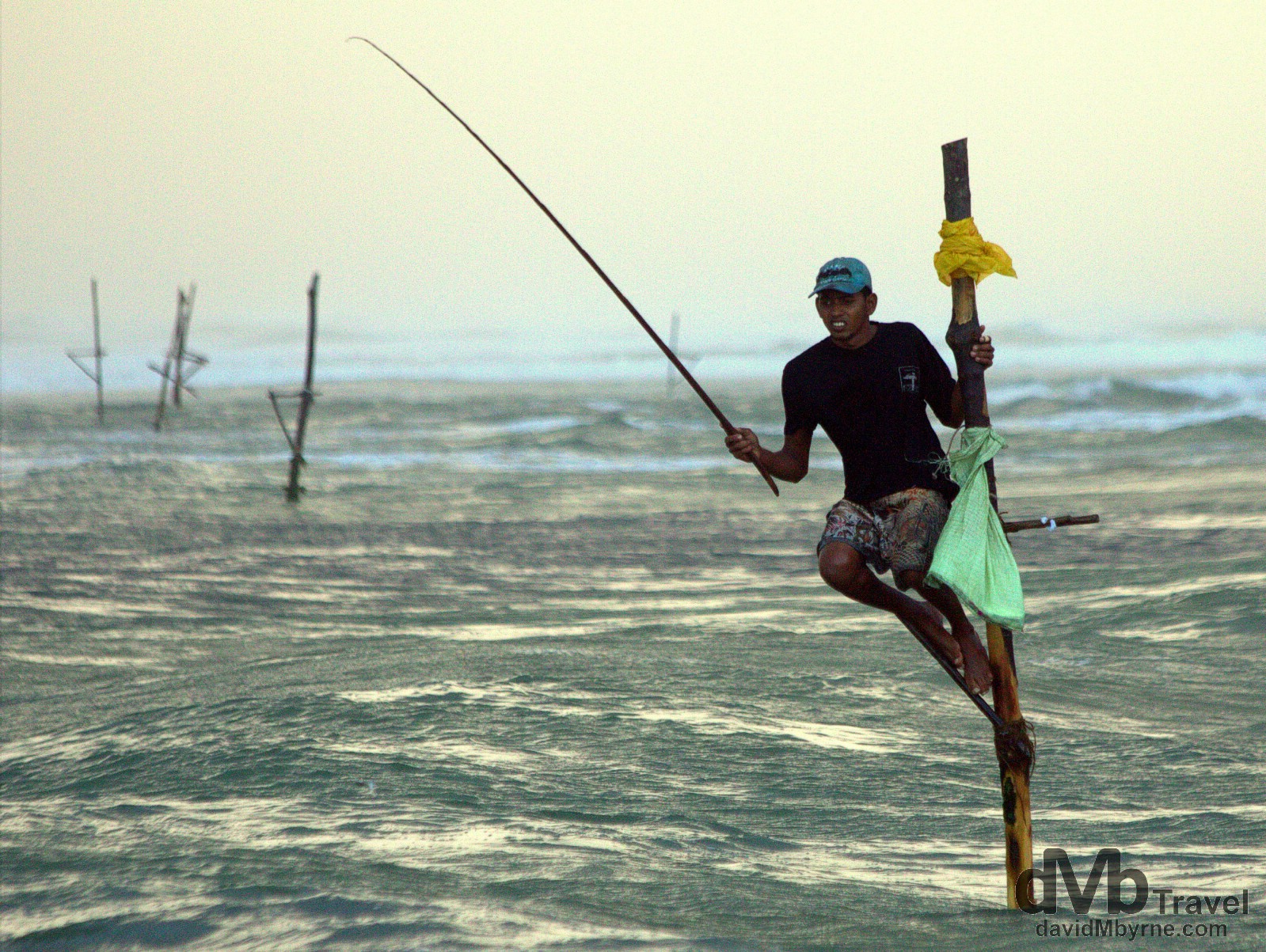 I had seen pictures of this activity before, idyllic images of figures perched daintily on stilts amid calm waters silhouetted against the setting sun. Not so today, a day on which I – & my tuk-tuk driver – were surprised to see anyone braving the elements. I suspect they were doing so only for the tourist dollar; one has to pay to take pictures and the 300 rupees (€1.80) it cost me to stand on the shoreline for a few minutes utilising my camera was easily more, I assume, than this stilt fisherman made catching fish over the same period. Outside the village of Koggala, southern Sri Lanka. September 2nd 2012.