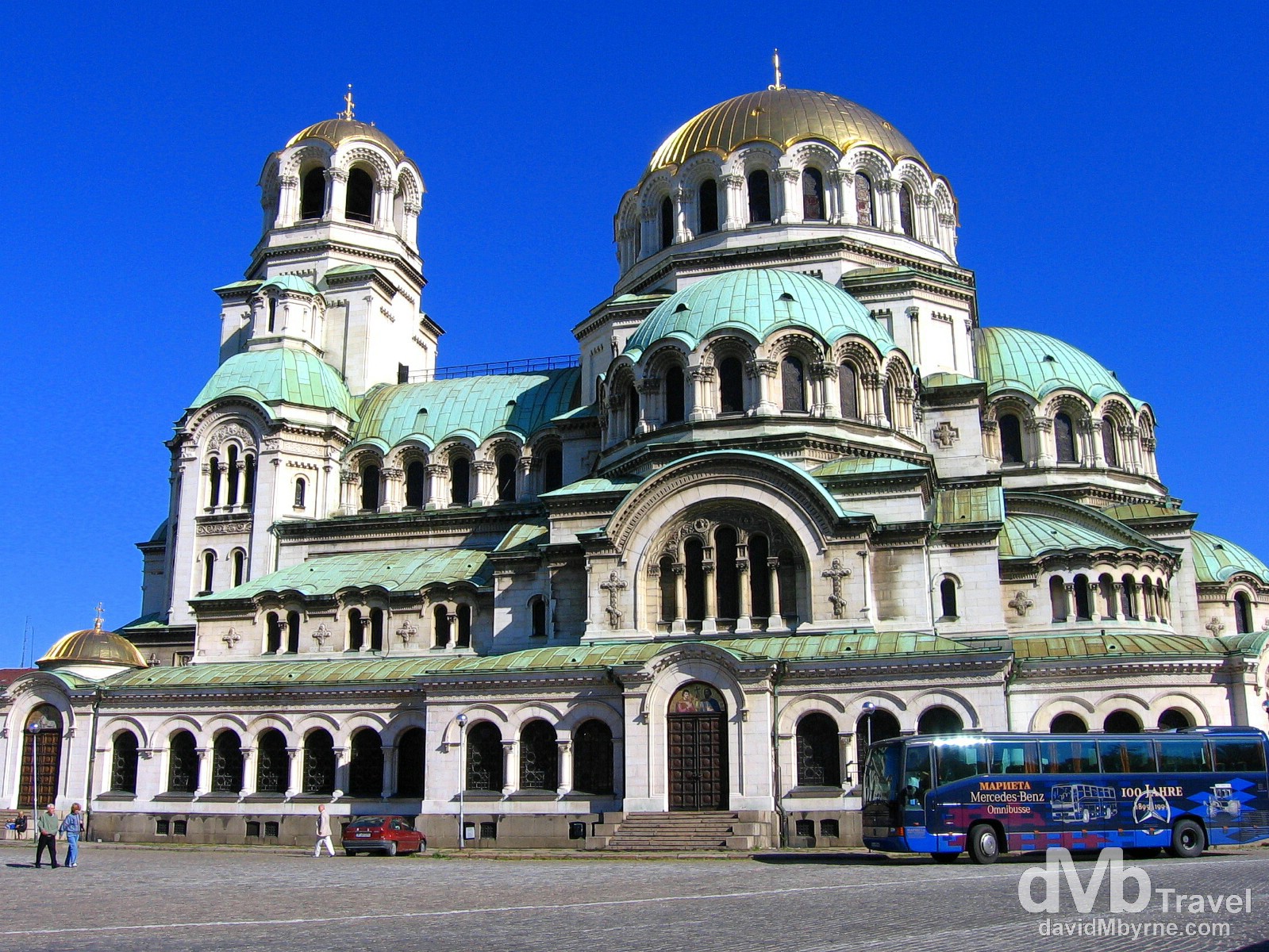 Pictures from my September 2007 visit to Sofia, the capital and largest city of Bulgaria located in the west of the country.

The St. Alexander Nevsky Cathedral is a Bulgarian Orthodox cathedral built in Neo-Byzantine style mostly between 1904 and 1912. The cross-domed basilica serves as the cathedral church of the Patriarch of Bulgaria and is one of the largest Eastern Orthodox cathedrals in the world – it occupies an area of 3,170 m² and can hold 10,000 people. As well as one of the symbols of the city, it is also probably the primary & biggest tourist attraction Sofia has to offer. Sofia ( 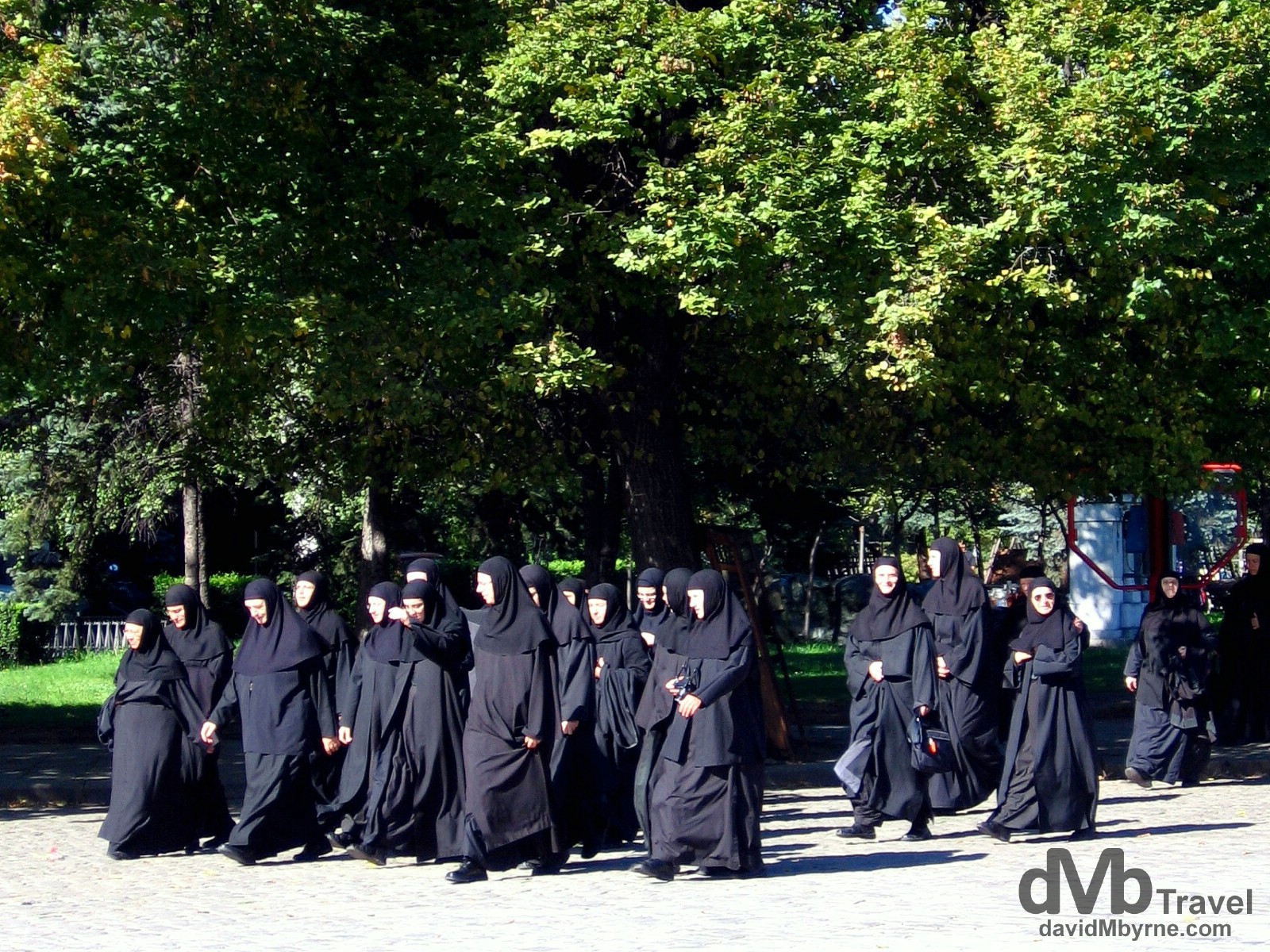 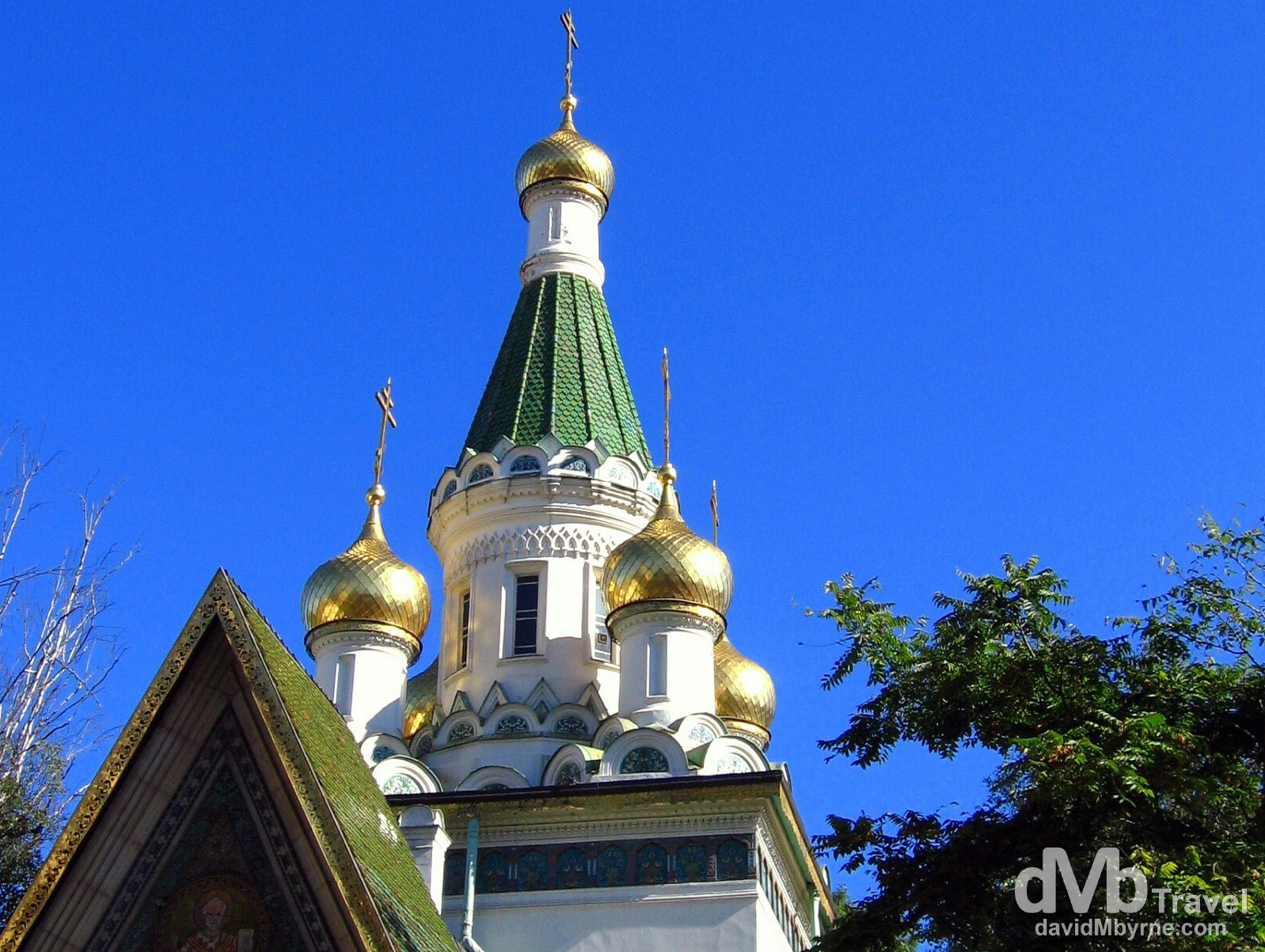 The central spire of the Saint Nicholas the Miracle-Maker Church, a Russian Orthodox church in central Sofia. Construction started on the church in 1907 on the site of the Saray Mosque which was destroyed in 1882 after the liberation of Bulgaria by Russia from the Ottoman Empire. It was built as the official church of the Russian Embassy, which was located next door, and to serve as the official church for Sofia’s Russian community. It was named, as was the tradition for diplomatic churches, after the patron saint of the Emperor who ruled Russia at the time, Nicholas II of Russia. Sofia, Bulgaria. September 16th, 2007. 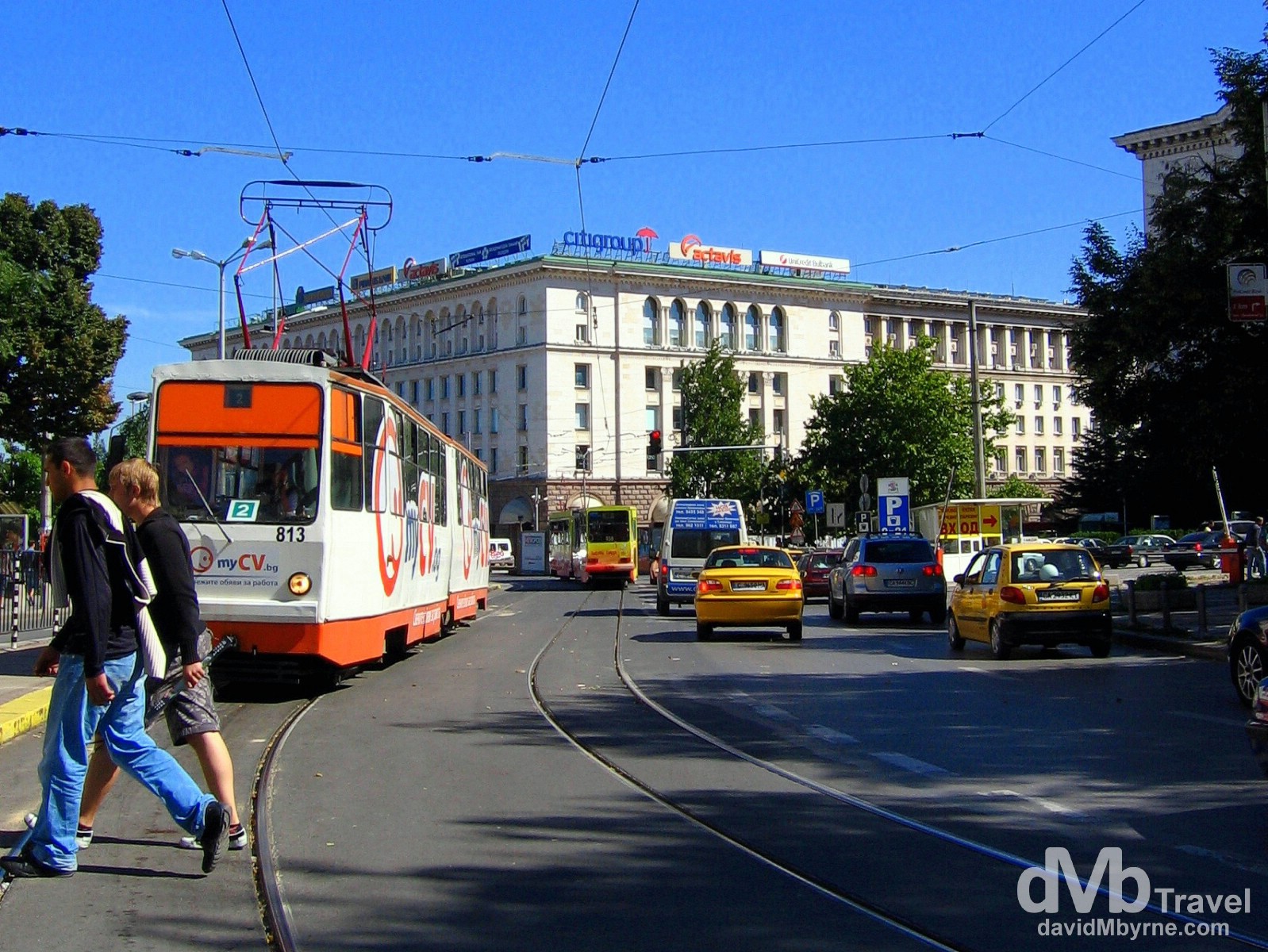