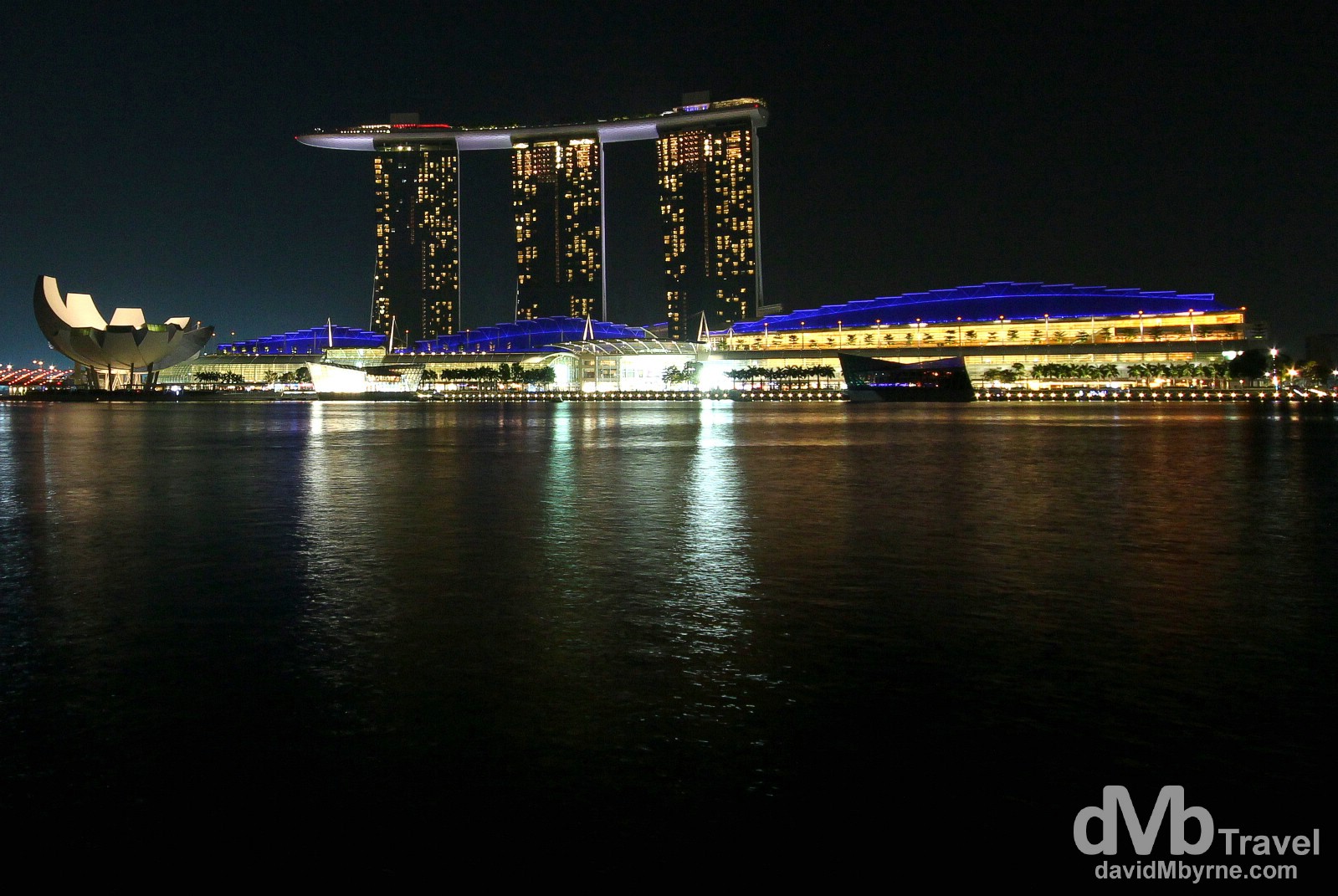 To Singapore With Love,

Oh Singapore. A utopia is what you are to me. I have nothing but good things to say about you. Some people might call you dull, maybe even sterile, but what do they know? Yes, you’re predictable – everyone knows you have some rather draconian laws in order to keep things as clean and ordered as they are & everyone knows that you’re way too expensive for a penny-pinching backpacker like me. But I’m OK with all of that, & if an opportunity ever presented itself for me to live with you I would, and that’s probably about the biggest complement I can give you right now.

So thanks for being you & thanks for the last 3 days. You’ve been awesome. Again. 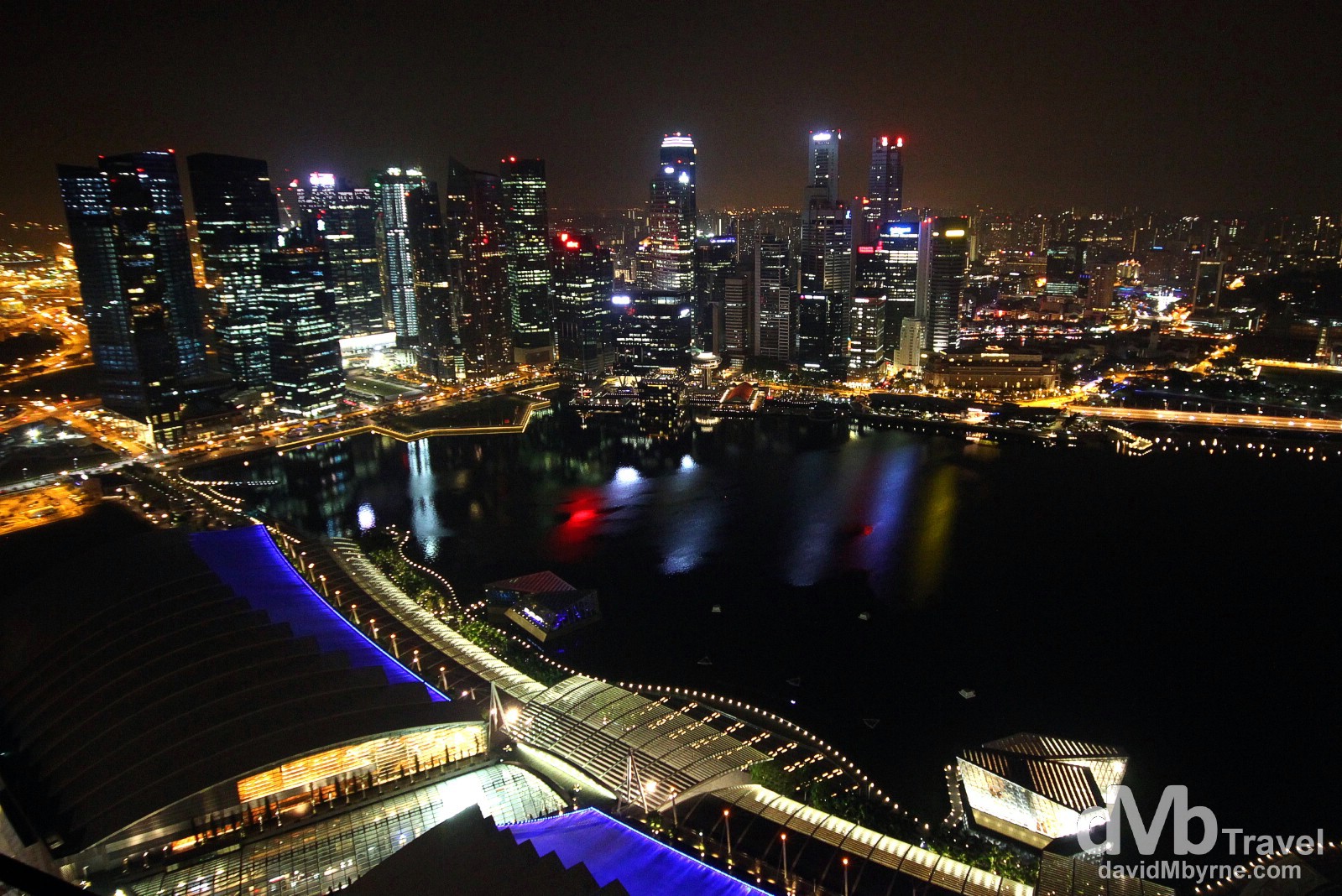 Yes I like Singapore, the small city-state tacked to the southern tip of the Malayan peninsula. I love how this regional utopia just, well, works – it’s organised, structured, clean & things run on time. Of course you can get arrested for littering and J-walking & you’ll get the death penalty for doing silly stuff like drug trafficking. But hey, rules are rules. Of course you need bags of money to fit in around here & walking around the Central Business District (CBD) it’s plainly apparent that lots of people in Singapore have lots of money. Of course I don’t – have lots of money that is – but that didn’t stop me spending up a storm for the 2 days/3 nights I happily forwent a budget on this my second visit to the city (I was previously here in 2003 & I spent a lot back then too). 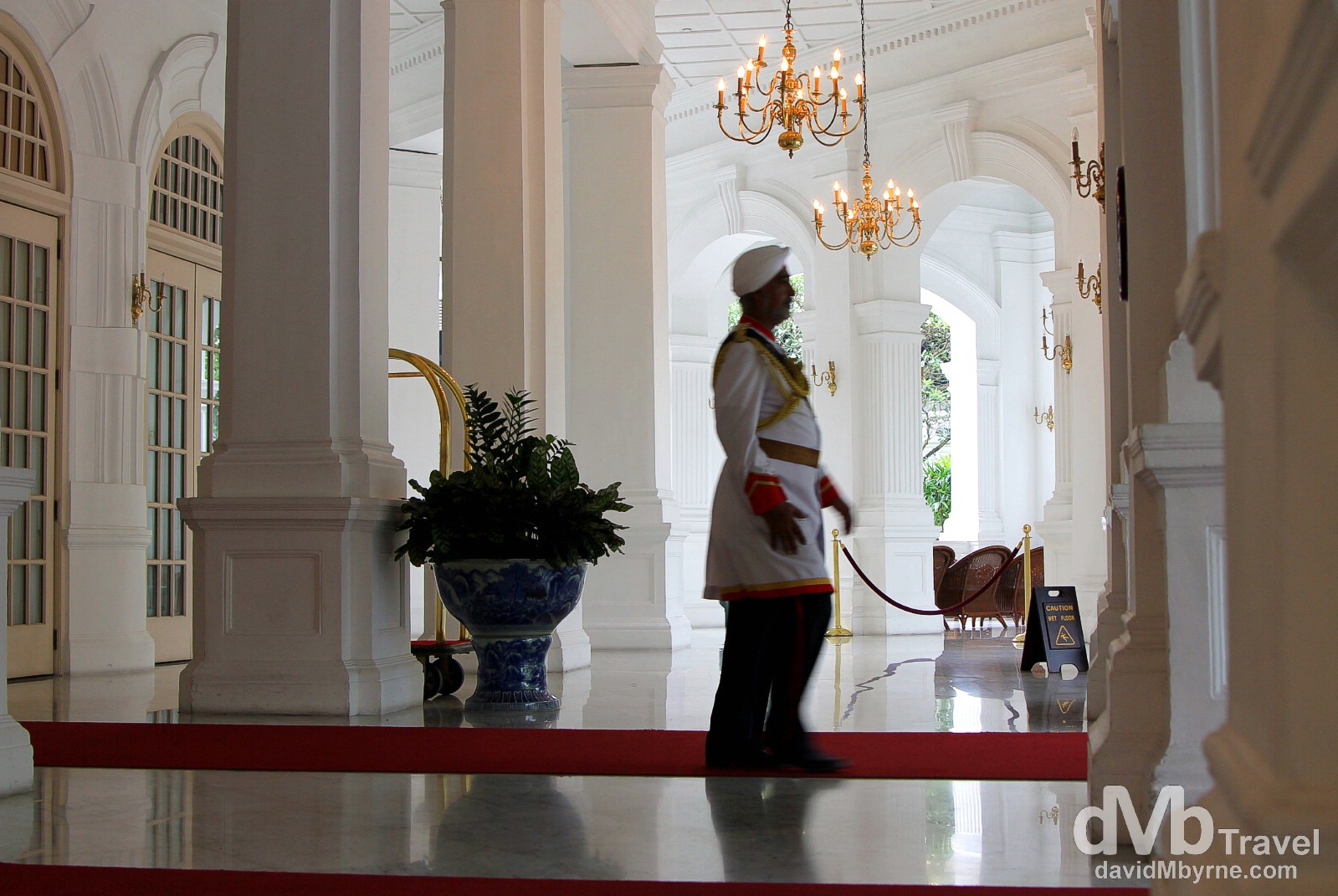 A doorman at the lobby entrance to Raffles Hotel, Singapore. A Singaporean institution & colonial opulence personified, the regal Raffles Hotel opened as a modest 10-room bungalow in 1887 with the main building following in 1889. By the 1970’s it had seen better days & was a shabby relic of its old, glamorous self. A major revamp in time for a 1991 reopening brought it back to something resembling its former glory. I spent an hour or so sniffing around and sticking my camera at white walls, arches, fancy gold chandeliers, polished marble floors, & rich people. It was fun. Raffles Hotel, Singapore. March 28th 2012. 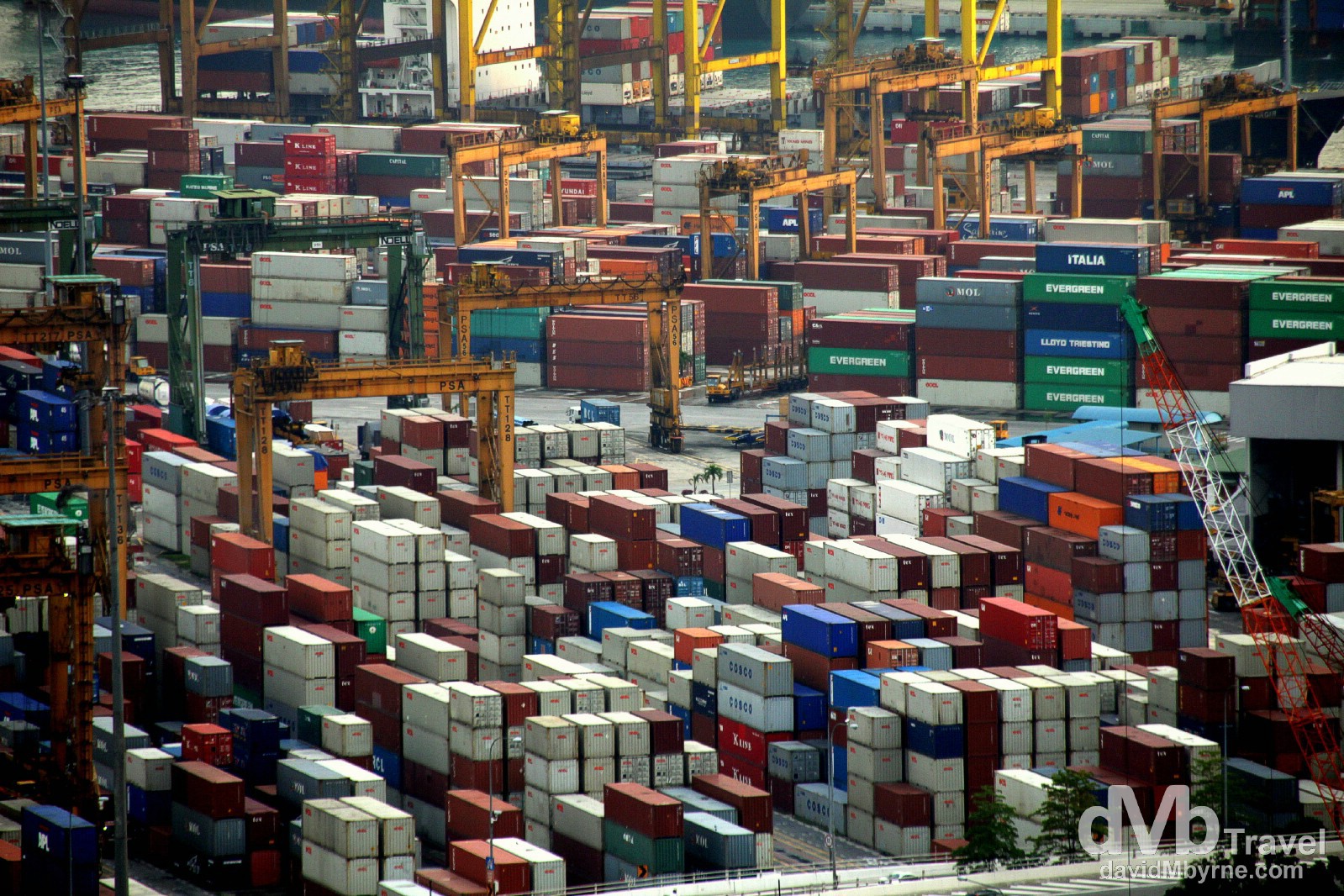 Singapore ranks either first, second or third on the list of biggest/busiest container ports in the world depending on which list you read (Shanghai & Hong Kong will be up there, too). The port is responsible for a lot of the country’s wealth. This is the view of a section of the port looking right from the balcony of an apartment in the CBD. Oh, and construction is still booming here; 24-hour-a-day projects are busying away at the next vertigo-inducing skyscraper wherever way you look in Singapore and especially down here by the water (on reclaimed land of course). Singapore. March 28th 2012. 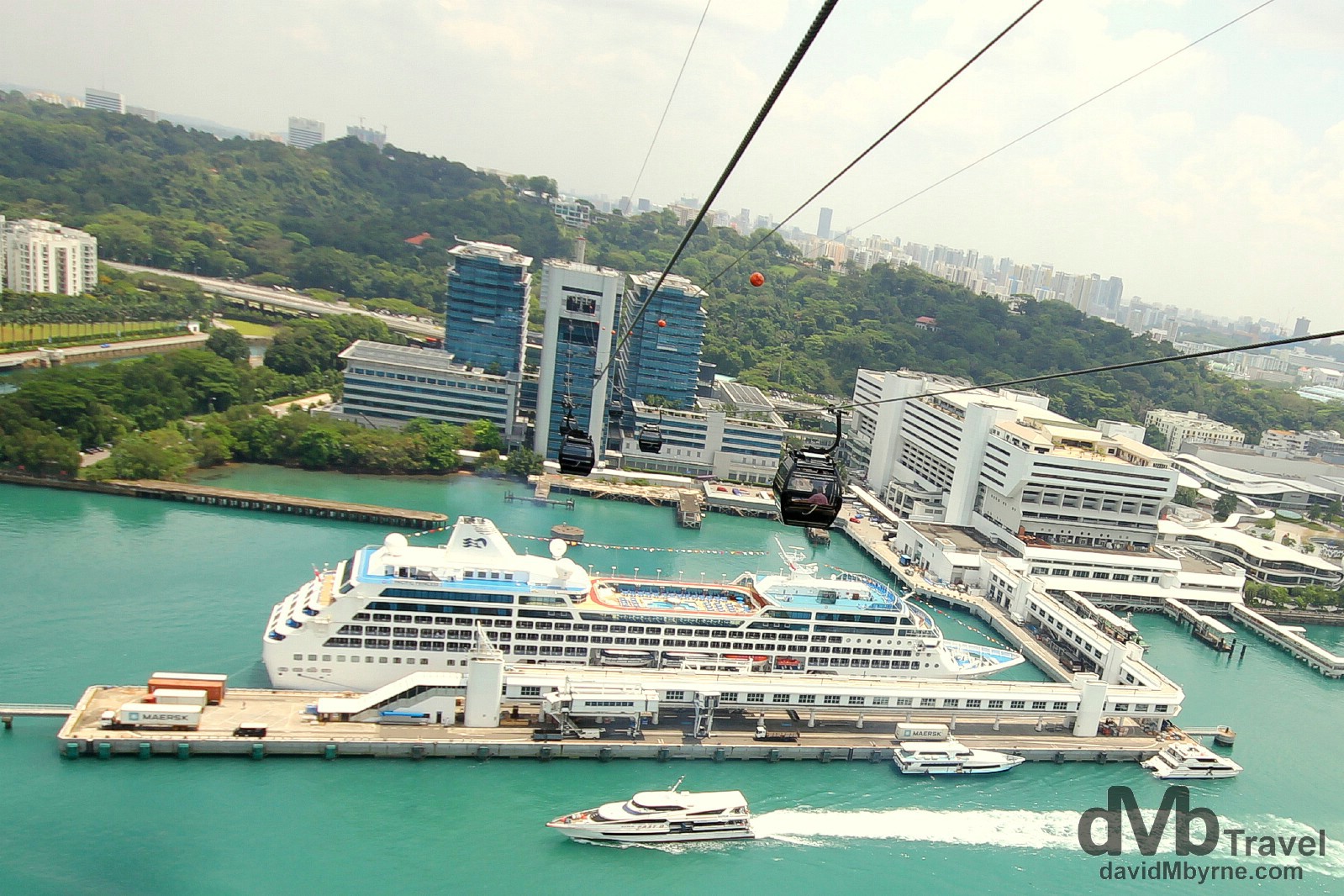 The lotus-shaped Arts & Science Museum (left), the Marina Bay Sands Hotel (centre) & the Shoppes At Marina Bay Sands (right), as seen from the waterfront of Marina Bay in the Singapore Central Business District (CBD). The hotel, one of the newest features of the ever-changing Singapore skyline, features three 55-storey hotel towers which are connected by a 340 metre, 1 hectare sky terrace on the roof, named Sands SkyPark. The SkyPark, perched 191 metres above the ground, has the capacity to hold 3,900 people & is the world’s largest public cantilevered platform. Its home to a 134 meter (478 ft) infinity pool, the world’s longest elevated swimming pool; rooftop restaurants; gardens; palm trees; & an observation deck. The Marina Bay Sands itself is a lot of things – a hotel, a casino, an upscale shopping arcade (Shoppes At Marina Bay Sands), a convention centre etc. – but at its core it’s basically somewhere that’s very good at extracting from people obscene amounts of money. Originally set to open in 2009, delays & budget overruns – it was budgeted at SGD$3 billion (€1.8b) but actually ended up costing SGD$8 billion (€4.7) making it the world’s most expensive standalone casino property – meant it didn’t actually open until early-mid 2010, and only then in stages – it wasn’t officially opened until February 2011 & the last portion of it to open was in September of that year. Singapore. March 28th 2102.

Club KU DÉ TA Splurge
I spent – no pun intended – a great night partying in the plush Club KU DÉ TA (I don’t know why it’s spelt in capitals but it is) on the roof of the Marina Bay Sands hotel. It’s the sort of place that might turn you away at the door if you’re not beautiful enough (although when I went mid-week they seemed to be happy to let anyone in), a bar/club where you’re not going to bump into too many backpackers, & the sort of place where the young, hip Singapore gentry like to get sweaty. Definitely the sort of place where you really shouldn’t worry about the cost of the drinks – it’s one of those if-you-need-to-ask-how-much-then-you-probably-can’t-afford-it places. I just let it rip, threw off the financial shackles for the night and threw my non-platinum credit card at the barman (no one here seems to, shock horror, use cash). Expressing a modicum of relief shortly after analysing my first receipt of the night that a pint of Stella draught cost only SGD$18 (€10+) was one of the better parts of a great night.