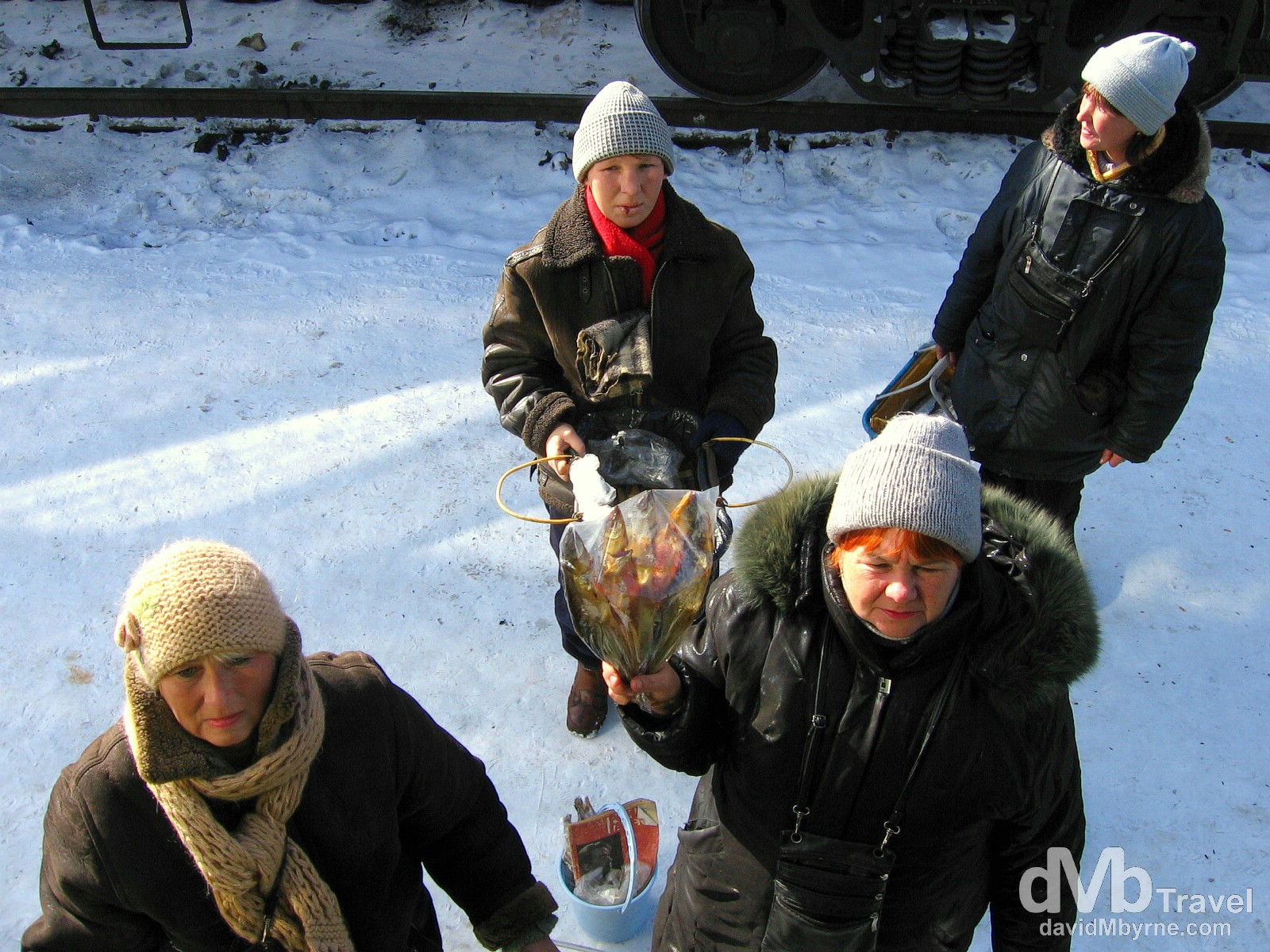 My love affair with the train continues. I’ve left Mongolia and are now en route to Irkutsk in Siberian Russia, my first stop on this my first visit to Russia, the world’s largest country.

Russia: mysterious dark continent, remote, inaccessible to foreigners, inexplicable even to natives. That is the myth, encouraged by Russians themselves, who would prefer that on one discover who they really are and how they really live.

First Glimpses Of Siberian Russia || Landscape & People
After boarding the train yesterday in Ulan Bator, Mongolia, the journey across the border with Russia was largely uneventful, the highlight being woken by a gruff Russian border guard for a passport check – the Mongolians didn’t bother me, didn’t seem to want to stamp me out of their country. This morning I woke to the sight of the endless frozen Siberian landscape rolling by the train carriage window, as picturesque & untouched but uninviting a landscape as you’re ever likely to see. It was my first look at Siberian Russia. A frozen Siberian Russia. The train spent about 2 hours skirting the southwestern shores of a very frozen Lake Baikal, the Jewel of Siberia & the region’s predominant feature. I was somewhat surprised, very naively so I might add in hindsight, to find it frozen – one massive chunk of ice. I’ve tried to take a few pictures but unfortunately the windows of the carriage are not only very dirty but also very closed. But that’s OK; I’ll be getting out to Lake Baikal proper in the coming days. I’m pumped as I embark on a few weeks of travel through Russia, somewhere I’ve wanted to visit for as long as I’ve wanted to travel. And when better to be here than in winter. Russia in winter. Oh yes.

The train arrived in the Siberian town of Slyudyanka about 100 kilometres from Irkutsk, the approach to which gave me my last views for now of Lake Baikal. The train platform was alive with Babushkas (BA-B00-SH-KA), an oft used and somewhat derogatory term for a Russian Grandmother but commonly used to hail any women of middle age. They, in true entrepreneurial spirit seen the world over, were flogging their baskets of dried and fresh fish, no doubt ice-fished from the nearby lake. Russian women are infamous for dying their hair. Although my contact with these ladies was limited to looking at them from the carriage door as they did business with the carriage attendants, it was still my first look at the hard, stern and weather-battered faces of the Russian people. For the first time I also viewed, aside from the little run in I had with my carriage attendant, the infamous cold and unfriendly Russian demeanour, one I hear is nothing more than a front hiding a warm and hospitable people. Slyudyanka (