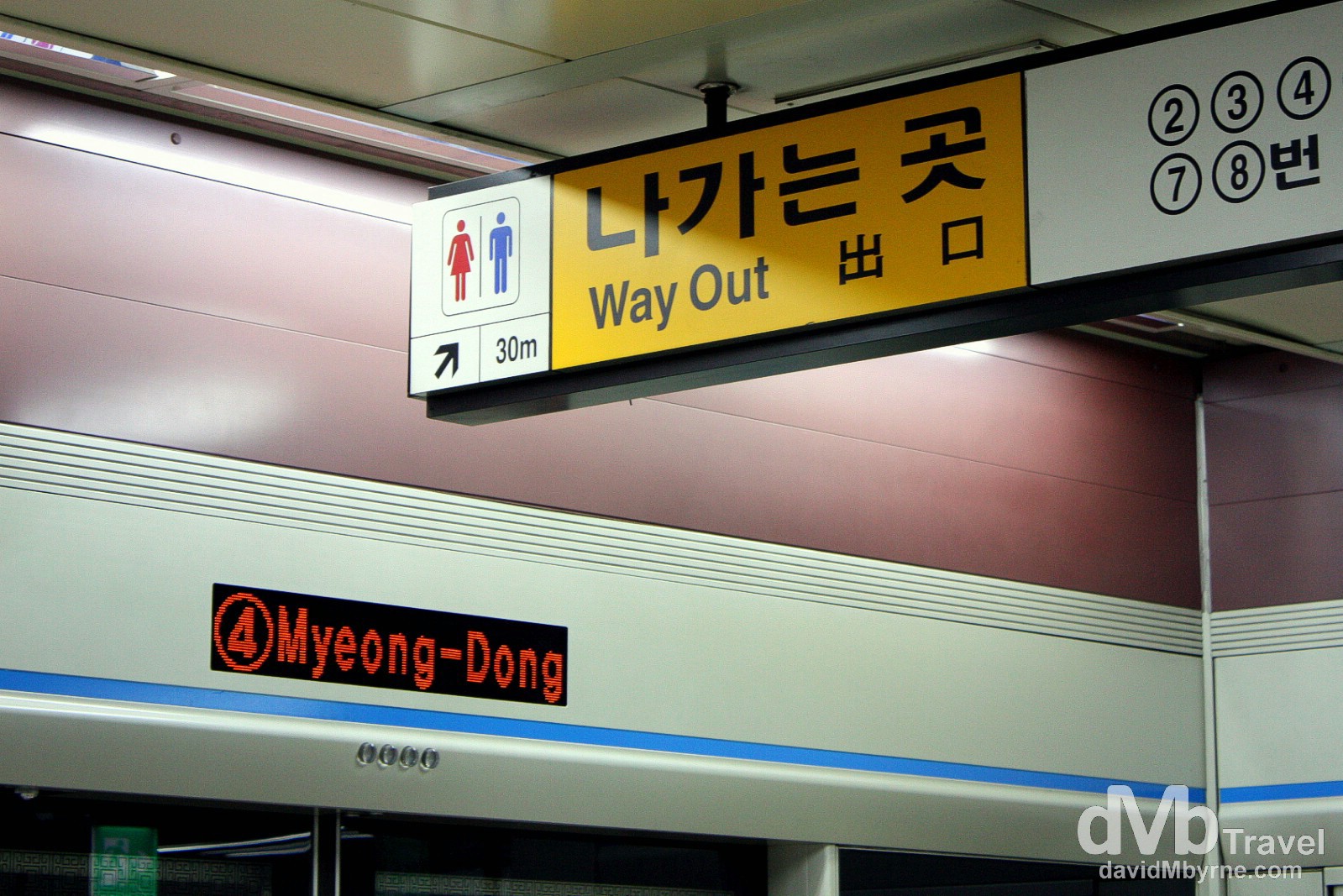 I‘m back in Seoul, South Korea, on this my sixth visit to the country since my first back in late December 2004. It almost feels like home at this stage. There’s very little new here, except for my camera. Yesterday I bought my first ever ‘serious’ camera, a Canon 450D/Kiss X2 dSLR. Having only ever carried a point-and-shoot camera up to this point on my travels the new SLR will require a bit more attention not to mention a bit more room in my backpack. I played around with it after its unboxing last night and got a little scared. I wasn’t drunk on my first date with my new camera but maybe if I was things might have went a bit better. 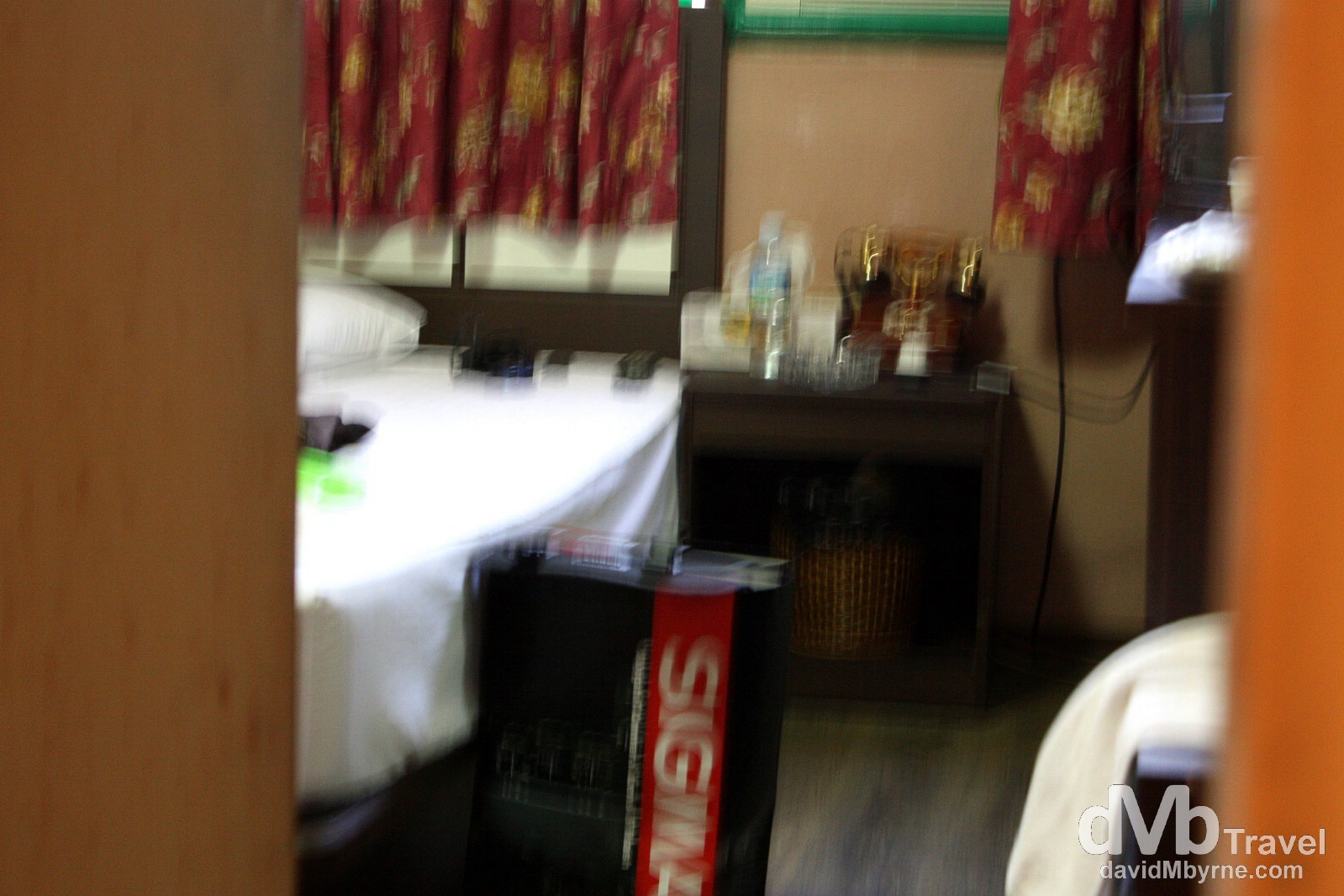 Whoops. My first ever capture (file number IMG_0001) with a dSLR camera hours after buying it. This is what happens when you excitedly unbox a new camera, turn dials whose function are still a mystery, & press the shutter button to see what happens. I guess things can only get better. Sae-Wha Motel, Insadong, Seoul, South Korea. July 7, 2008.

Photographically things improved a bit today. After a glance or two at the user manual, I took myself & my new toy out on the hot, hot, hot & steamy summer streets of Seoul. It was fun but I’ve clearly got some work to do with regard to the ins & outs of dSLR photography, good dSLR photography. 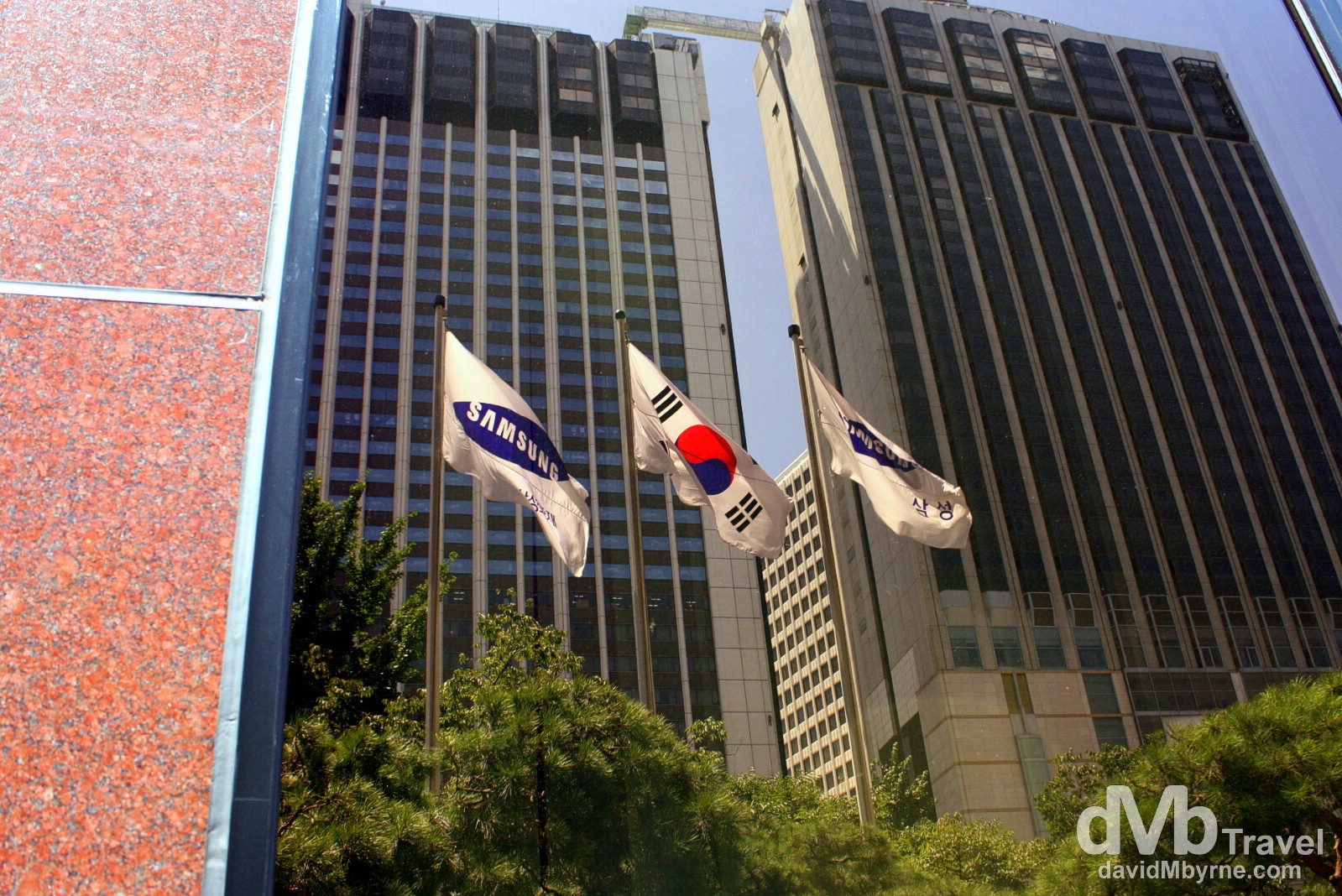 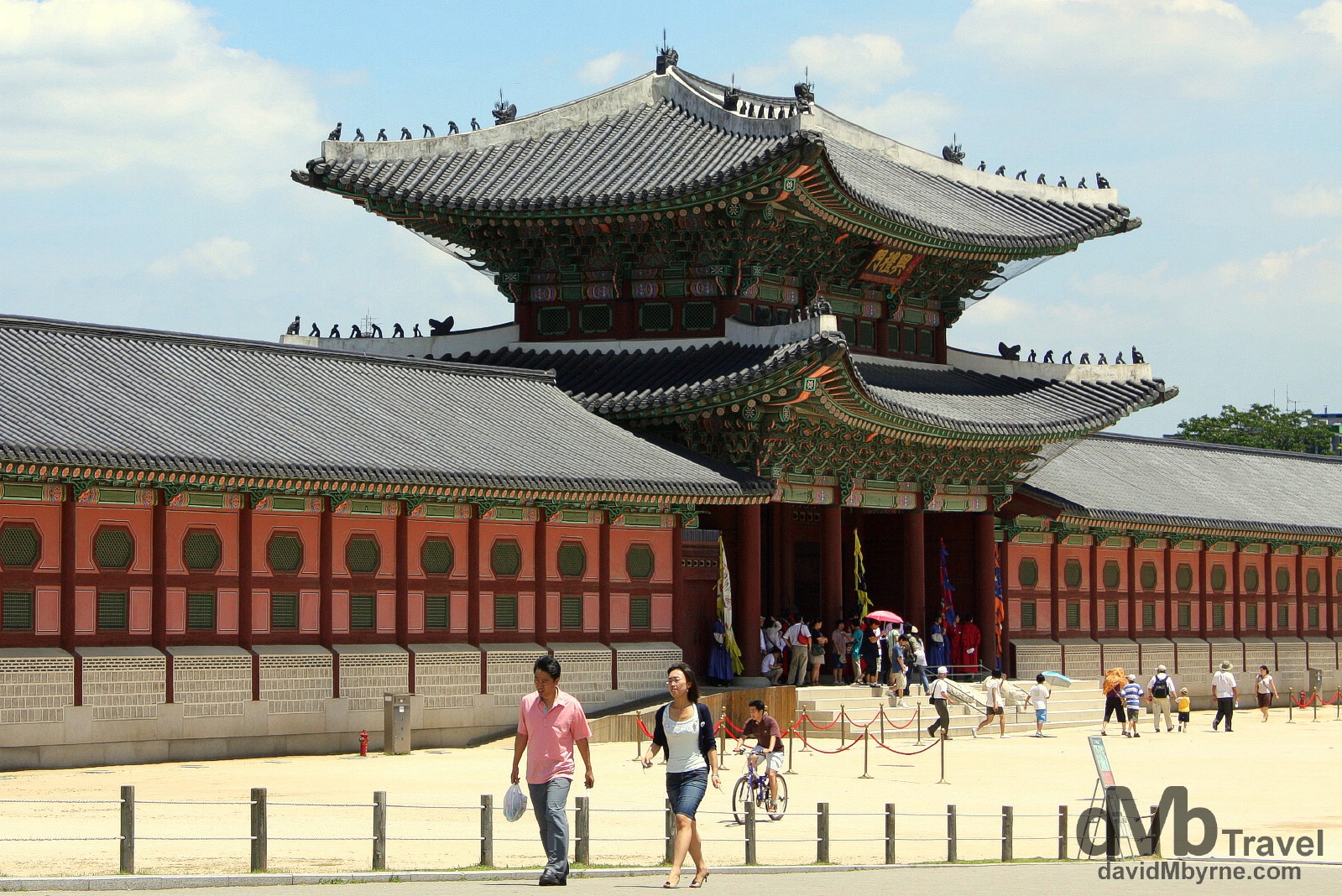 In the grounds of Gyeongbok Palace, the largest & most important of the restored royal palaces in Seoul, South Korea. July 8, 2008. 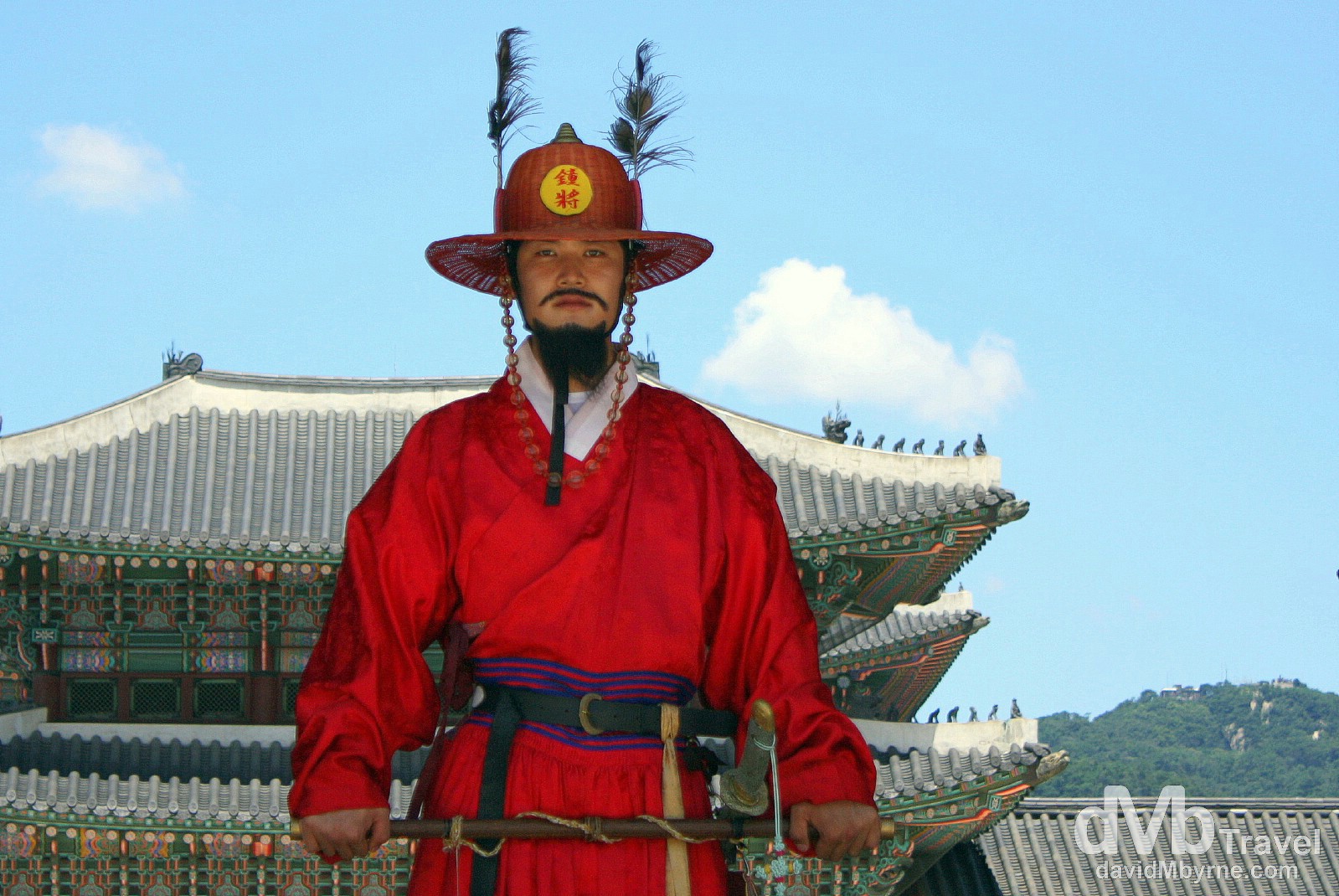 A ceremonial guard standing under the South Gate (Gwanghwamun) of Gyeongbok Palace, the largest & most important of the restored royal palaces in Seoul, South Korea. July 8, 2008. 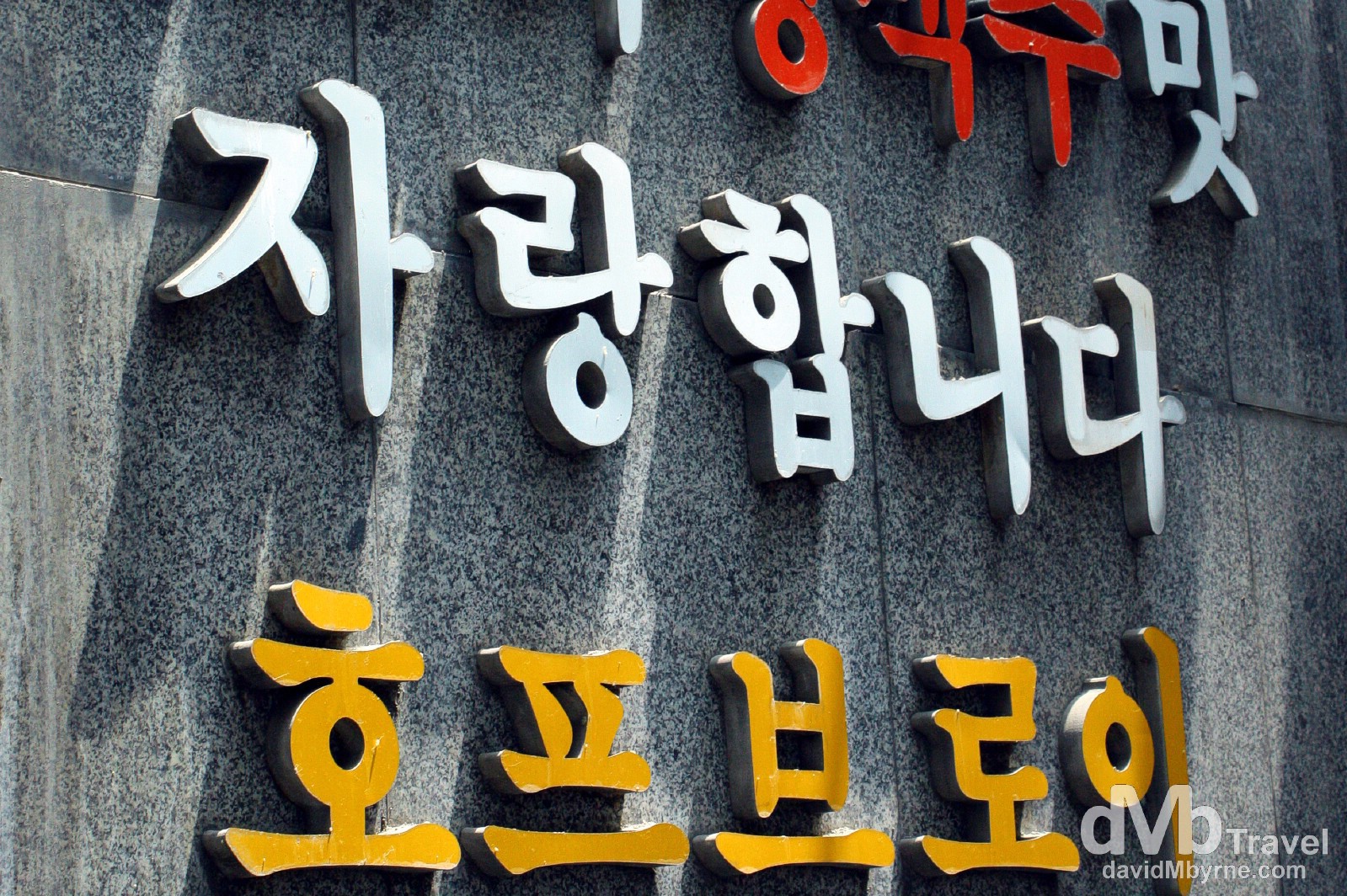