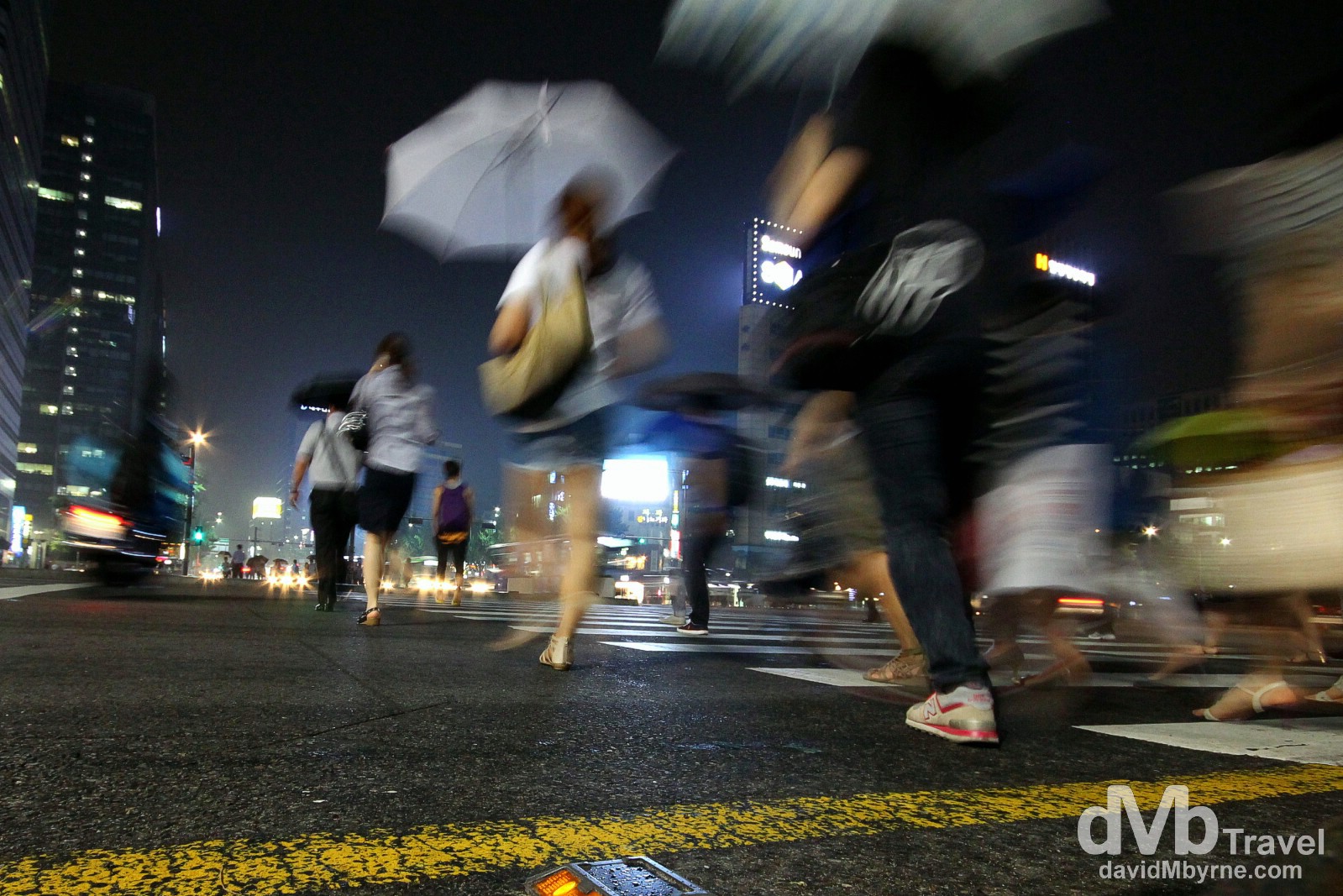 I leave Seoul on Monday for a bit of time ‘down the country’. I’ll have my camera with me but unfortunately I don’t expect to put it to much use between now & the end of August, when I leave South Korea for Sri Lanka. So with that forthcoming photography drought firmly in mind I took to the streets of the South Korean capital this evening for a bit of after dark photography, my last chance on this particular trip to photograph my favourite Asian city & second home.

Normal Korean summers are hot & muggy, very hot & very muggy, but this particular summer just happens to be the hottest & muggiest on record.

Tonight wasn’t a particularly attractive night in the capital; there was a typical summer haze hanging over the city & it was raining on & off, although more off than on (the rain is welcomed as it clears the air, if only for a brief period). I took my newly acquired 40 mm f/2.8 pancake lens out & about on the streets with me (& put it to use too) but as it turns out all of the pictures shown here were captured with my trusty wide-angle lens. 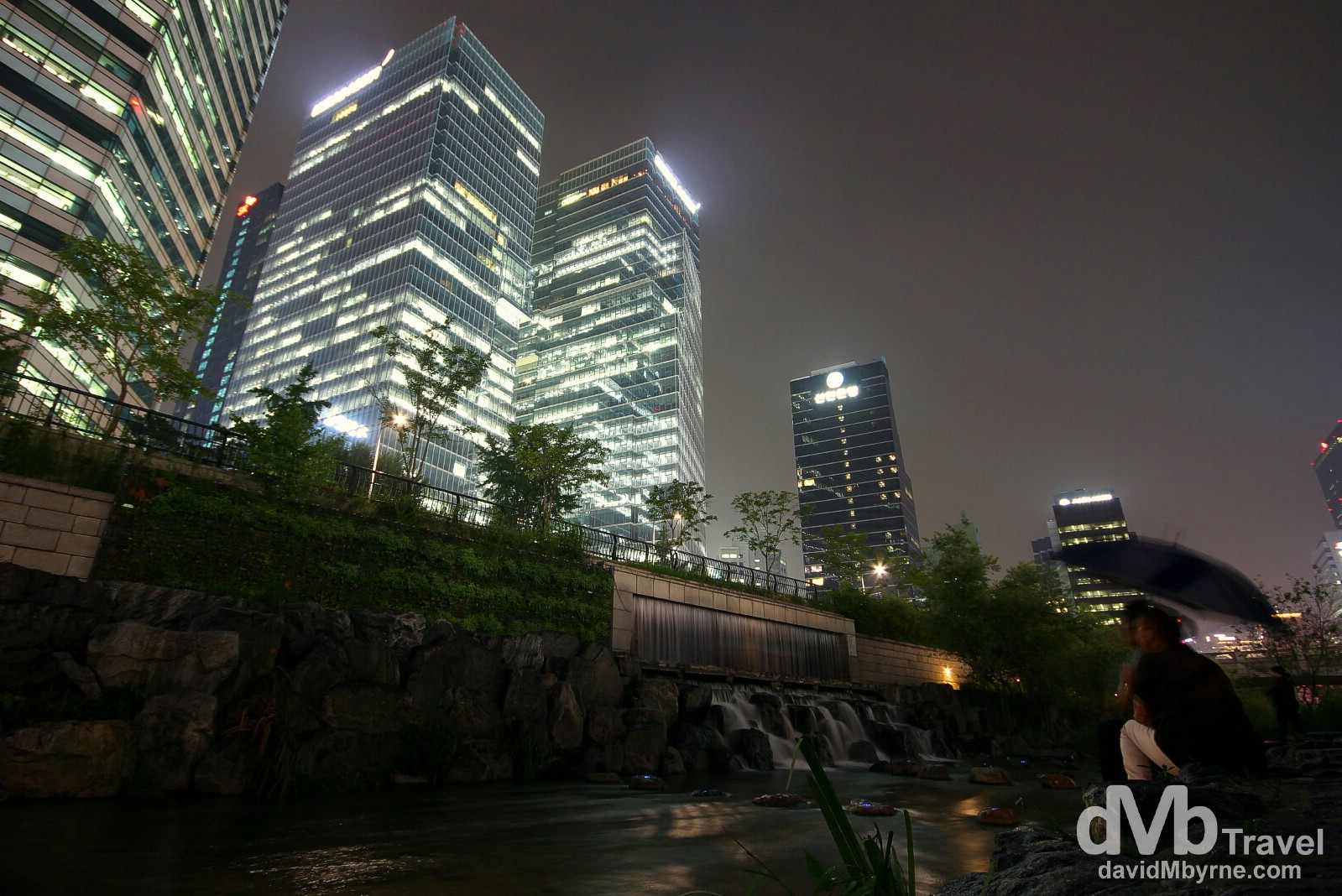 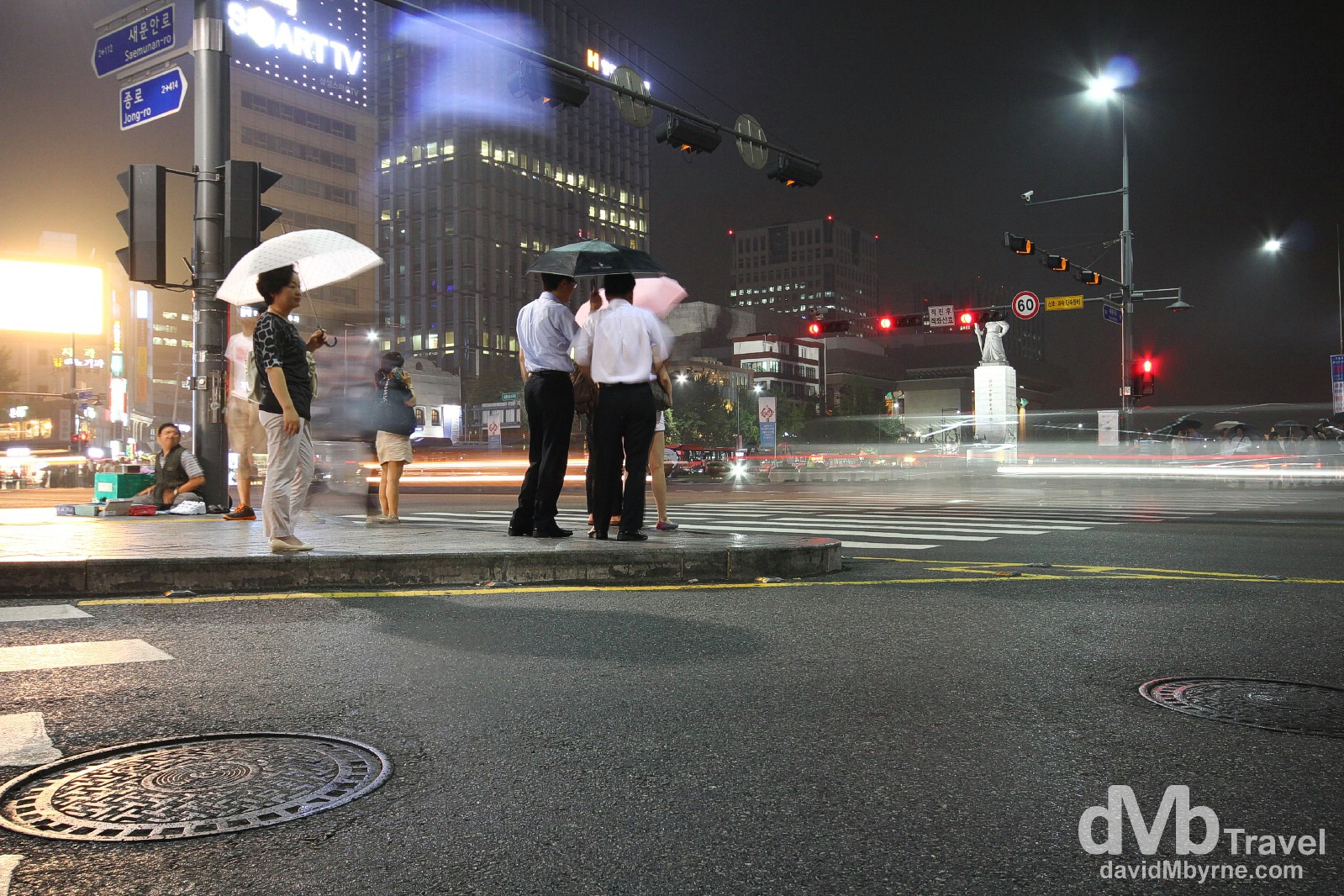 Waiting in the light rain at a traffic junction in Jongno, Seoul, South Korea. July 12th 2012. 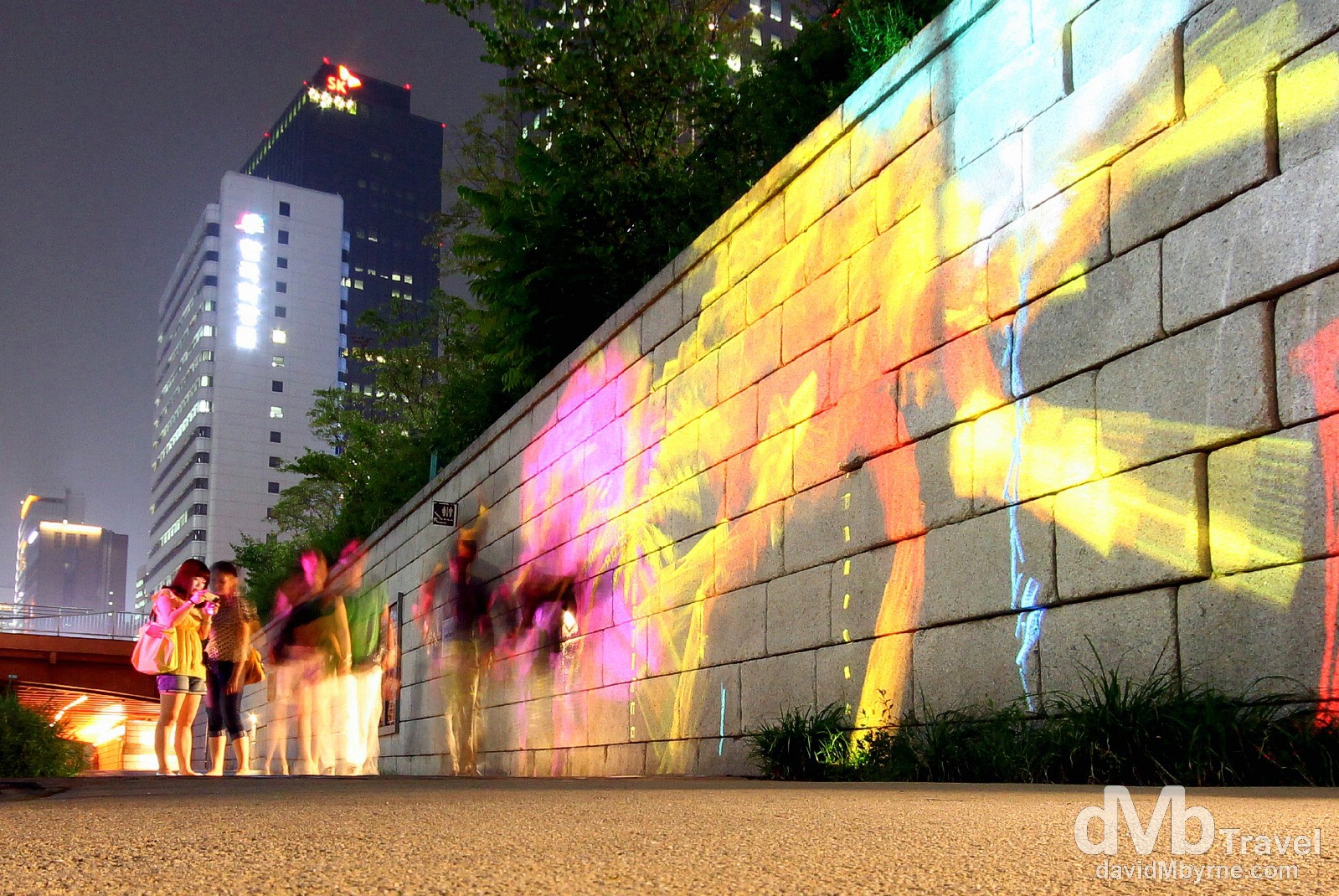