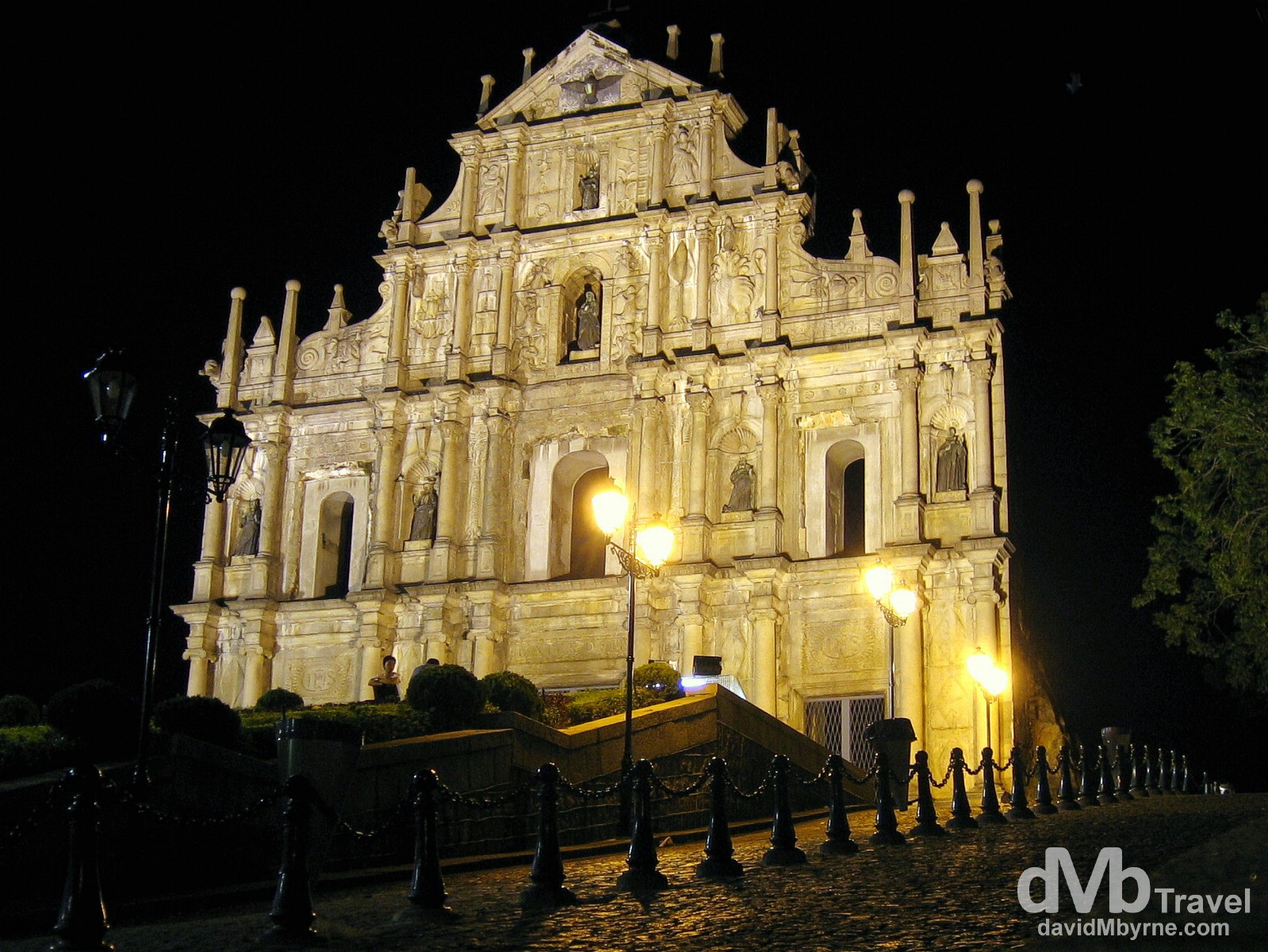 Part of the UNESCO-listed Historic Centre of Macau in southern China, the Ruins of Sao Paulo (Saint Paul) is the most famous landmark in the former Portuguese colony, now a Special Administrative Region of China. Once hailed as the greatest Christian monument in Asia, today it survives only as a façade, the rest of the church having being destroyed in a fire in 1835.

The façade of Ruins of Sao Paulo in Macau (

Built from 1582 to 1602 by the Jesuits, the cathedral was one of the largest Catholic churches in Asia at the time, and the royalty of Europe vied with each other to bestow upon the cathedral the best gifts. The façade, which sits atop a small hill, was intricately carved between 1620 and 1627 by Japanese Christians (in exile from their homeland) and local craftsmen. With the decline in importance of Macau, which was overtaken as the main port for the Pearl River Delta by Hong Kong, the cathedral’s fortunes similarly ebbed, before being destroyed by a fire – the only survivor was the southern stone façade. The structural integrity of the leaning façade was called into question in the early 1990s which led the Macanese government to excavate & restore the structure, which included buttressing of the façade in such a way as to preserves its structural & aesthetic integrity.