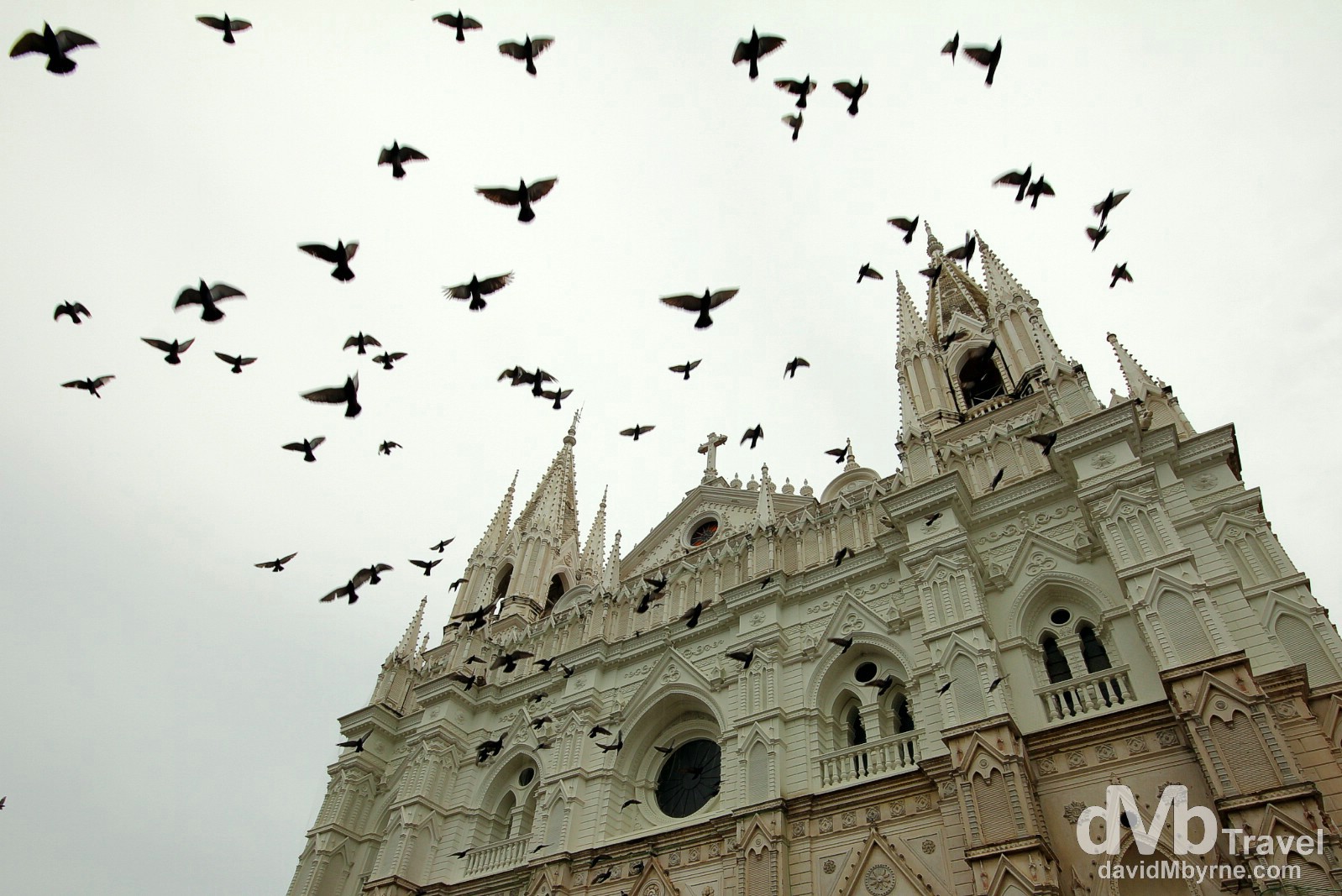 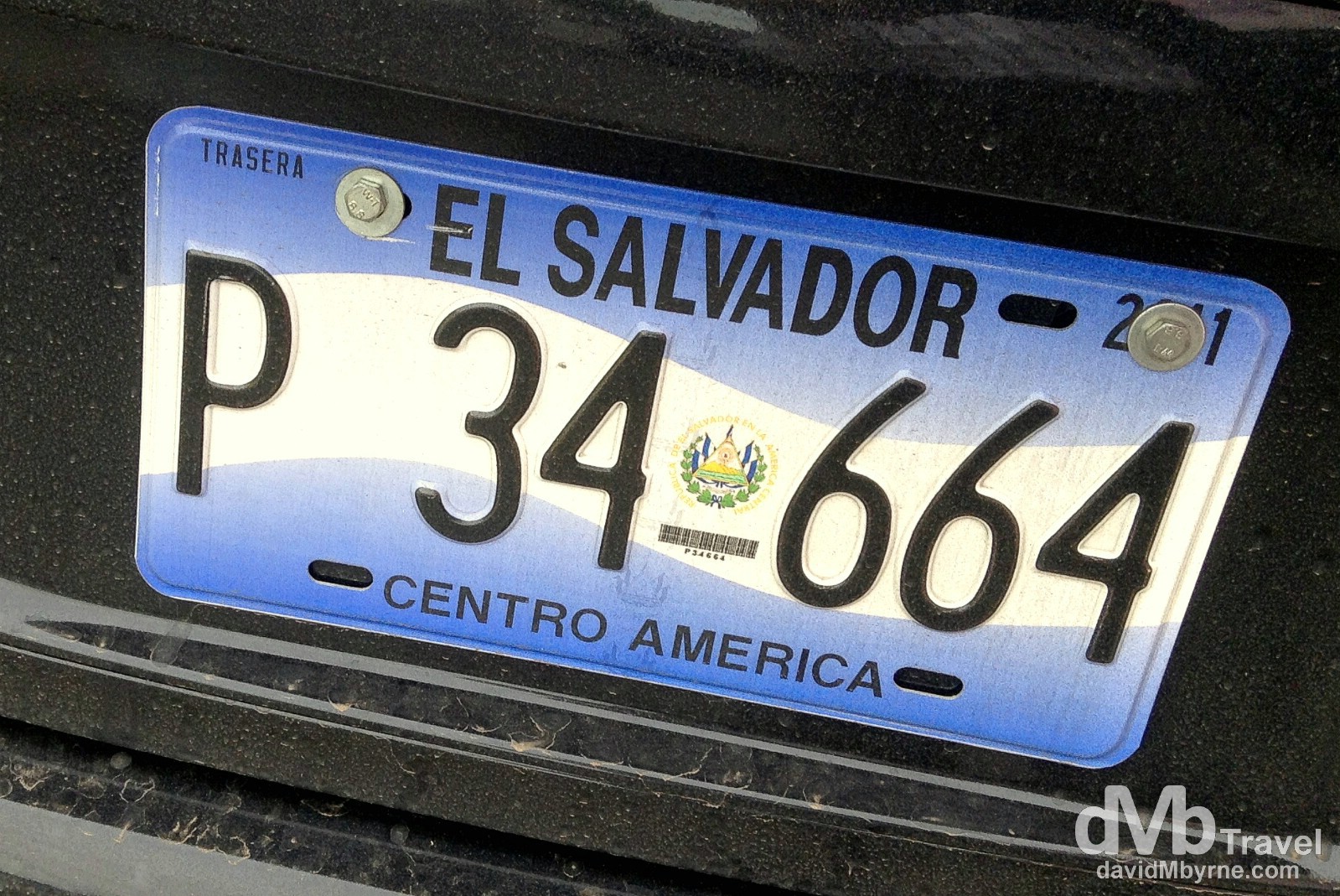 Santa Ana
I’m in the western city of Santa Ana, El Salvador’s second city & its largest urban centre closest to the Guatemalan border, which I crossed over earlier today (it’s also the eight largest city in the Central American region). But second city or no, there doesn’t seem to be too much going on here in Santa Ana. It’s a laid-back enough place, or so it seems; as I said I’m not long here. Shortly after arriving I found myself sitting outside the city’s impressive neo-Gothic Santa Ana Cathedral. It’s by far the best show in town in what is El Salvador’s only overwhelmingly colonial city – the Municipal Palace & Santa Ana Theatre are worth a look, too.

I was happy, very happy, to sit in Parque Libertad for a few hours today looking at everyone looking at me and taking a few pictures in the process. There were pigeons around – lots of the dirty creatures – meaning I had more to photograph than just buildings & inquisitive, none-too-conspicuous locals; I have to assume Santa Ana doesn’t get too many tourists.

Pigeons flying in in front of the façade of Santa Ana Cathedral. The impressive neo-Gothic Cathedral is situated on the west side of Parque Libertad, the city’s central park, on the fringes of which you will find the aforementioned Municipal Palace & Theatre. The cathedral is relatively new having only been completed in 1913 (& given the two-tone nature of the façade colouring, it’s obvious that it was completed in two very distinct phases). The ornate mouldings on the façade seen here are rather striking if a bit ugly. Santa Ana, Western El Salvador. May 27th 2013. 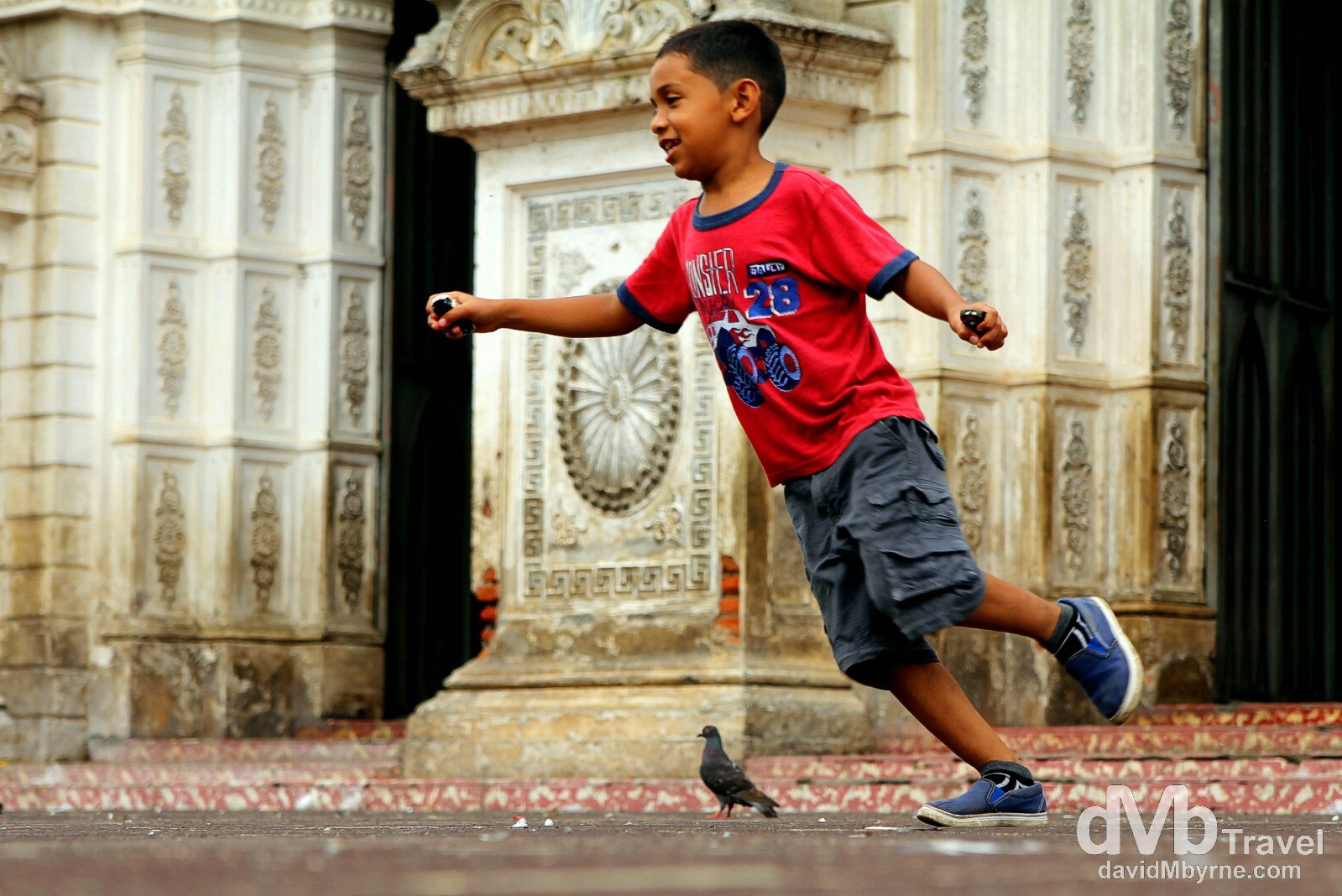 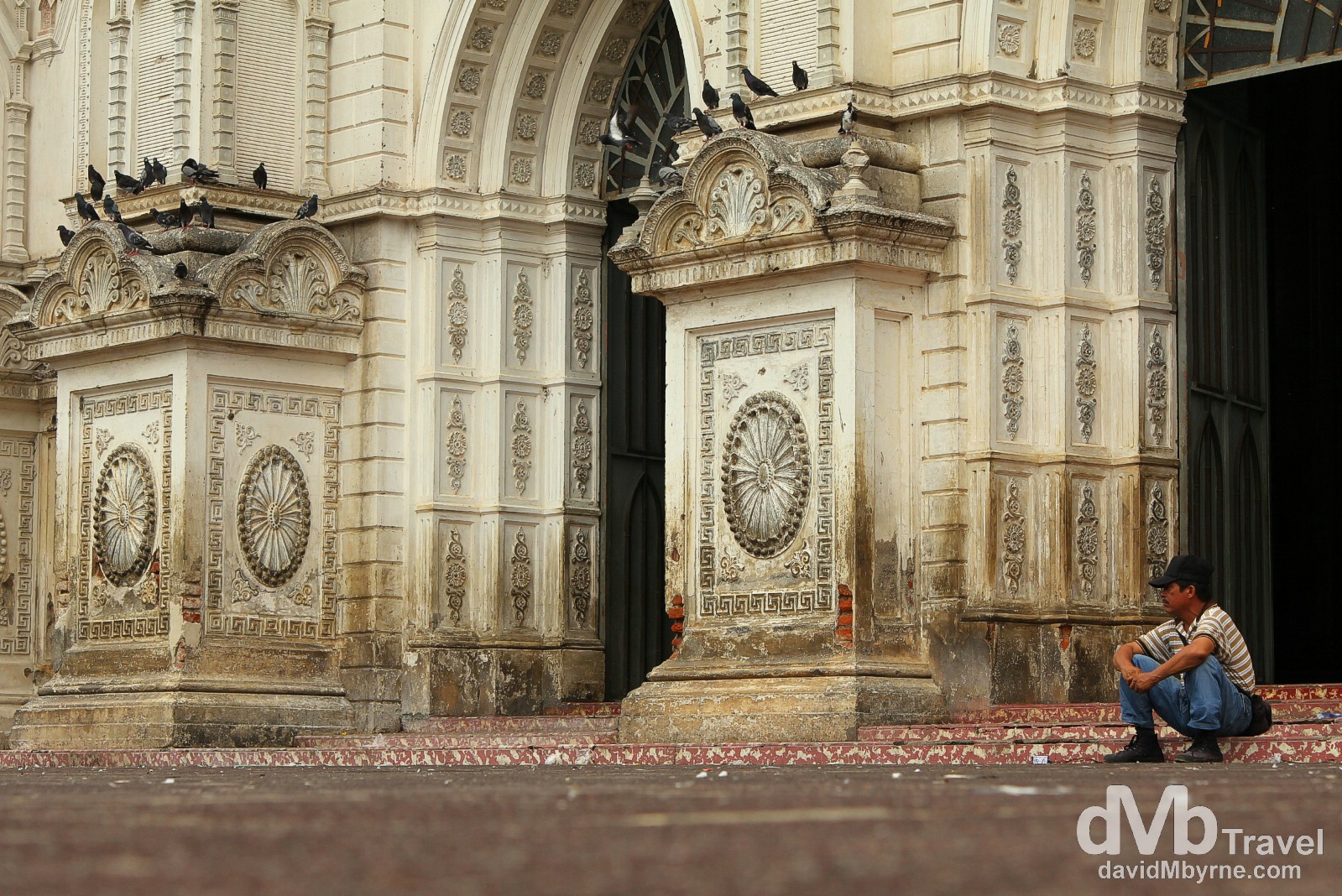 Sitting on the steps in front of Santa Ana Cathedral in Santa Ana, Western El Salvador. May 27th 2013. 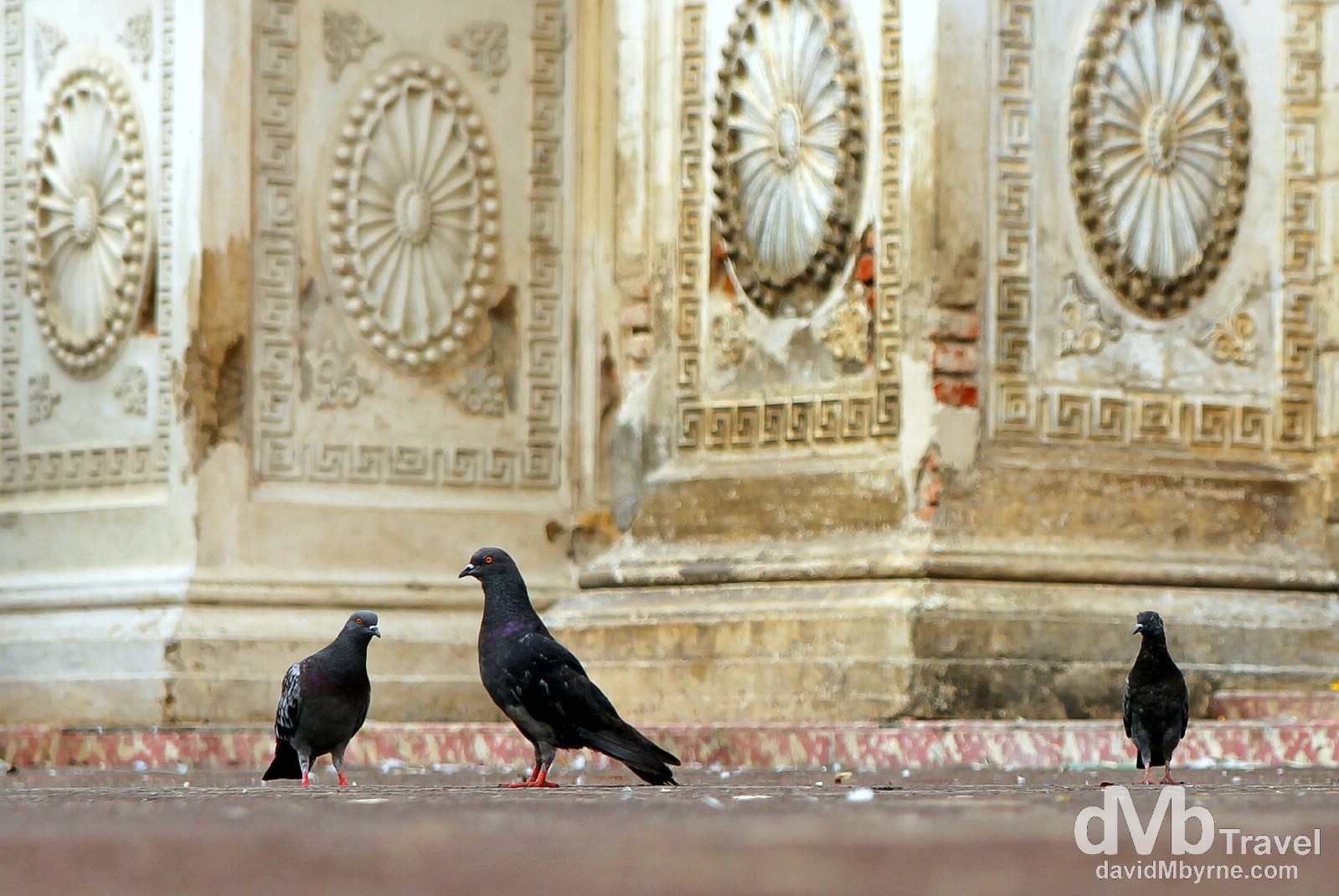 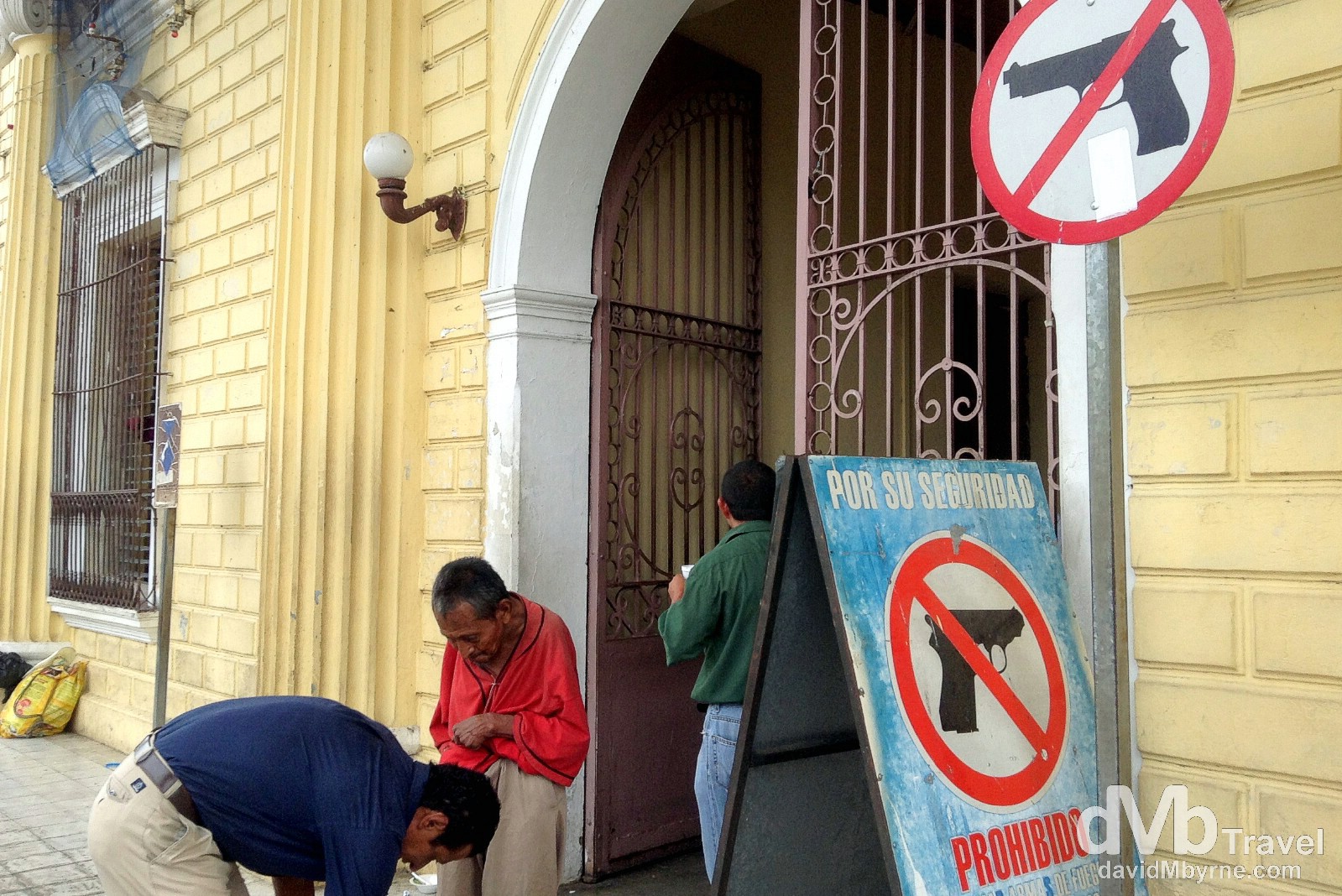 Darn. No guns allowed. Guns seem to be a way of life here in El Salvador – most shops are patrolled by shotgun-toting security guards & everyday people on the streets, although only males, have, at the very least, a huge machete slung from their hip. It takes a bit of getting used to. This is a sign at the entrance to Santa Ana’s City Hall across Parque Libertad from the cathedral. Santa Ana, Western El Salvador. May 27th 2013. (iPod)

Volcano?
Rumours abound that there’s a volcano not too far from here. Santa Ana Volcano, same name as the city. I plan on scaling that tomorrow. And having hardly seen a volcano in volcano-heaven Guatemala, never mind scale one, I’m looking forward to that.