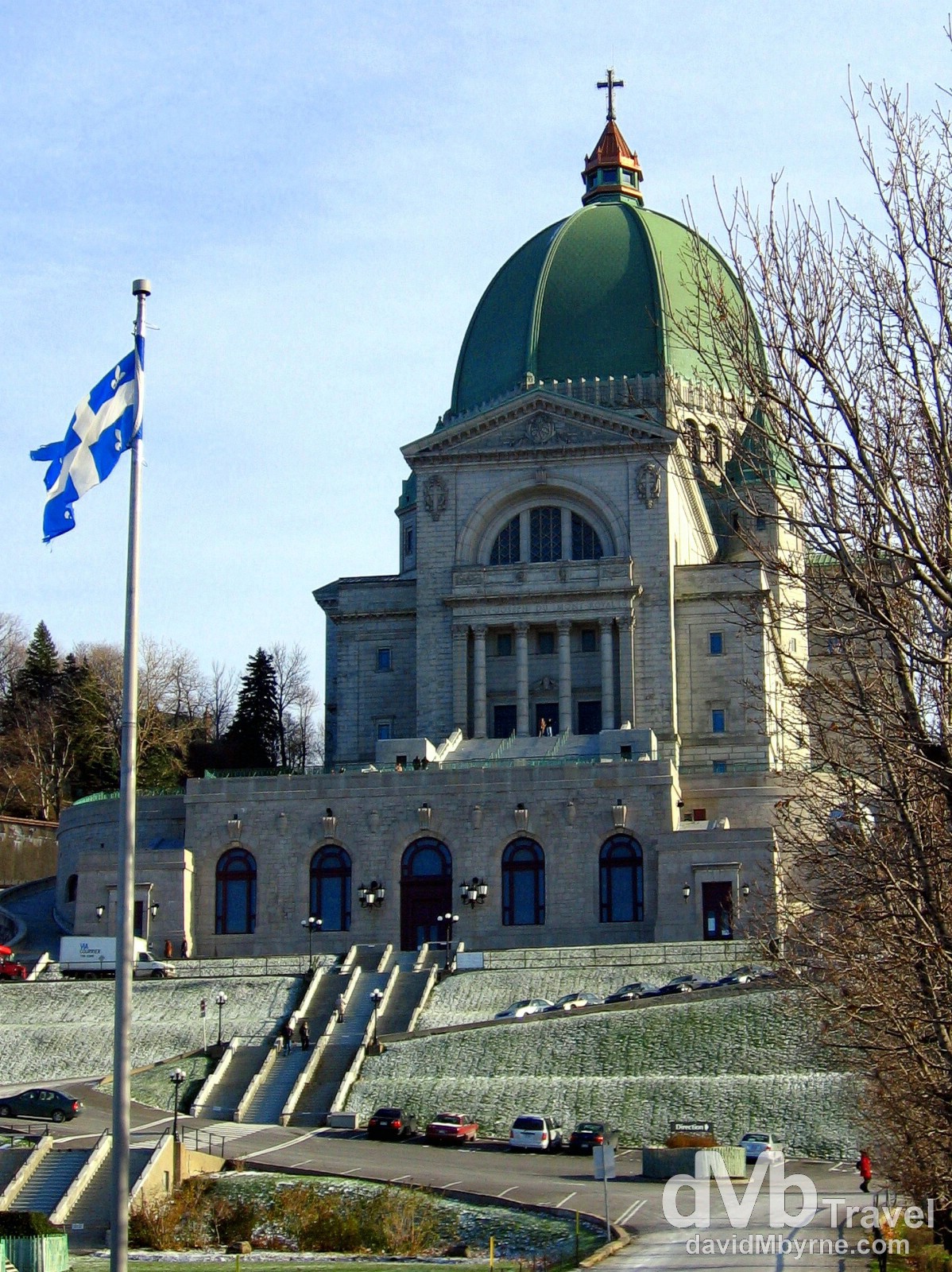 Gigantic, domed St. Joseph’s Oratory commands a spectacular hilltop setting just west of Montreal’s Parc du Mont Royal, the city’s ‘mountain’, a sprawling, leafy playground with great views over the city and a perfect escape for cyclists, joggers and picnicking locals. St. Joseph’s began life in 1904 as a modest church built by a monk named Brother Andre. Andre, who was beatified by Pope John Paul II in 1982, had a knack for healing which brought droves of people to the church in hopes of a miracle. Andre’s fame grew & in 1917 the structure needed to be enlarged to accommodate the numbers of pilgrims. Between 1937 and 1939 the present-day dome was added; it’s the third-largest of its kind in the world after the Basilica of Our Lady of Peace of Yamoussoukro in Côte d’Ivoire and Saint Peter’s Basilica in Vatican City. The structure was finally completed in 1967. Many of the crutches left by the cured still fill the chapel today while Brother Andre’s heart is also on display – it was stolen in 1973 (who would do such a thing?) but miraculously resurfaced a year later. The blue and white flag flying to the left of the picture is the provincial flag of Quebec. Oratoire St. Joseph (