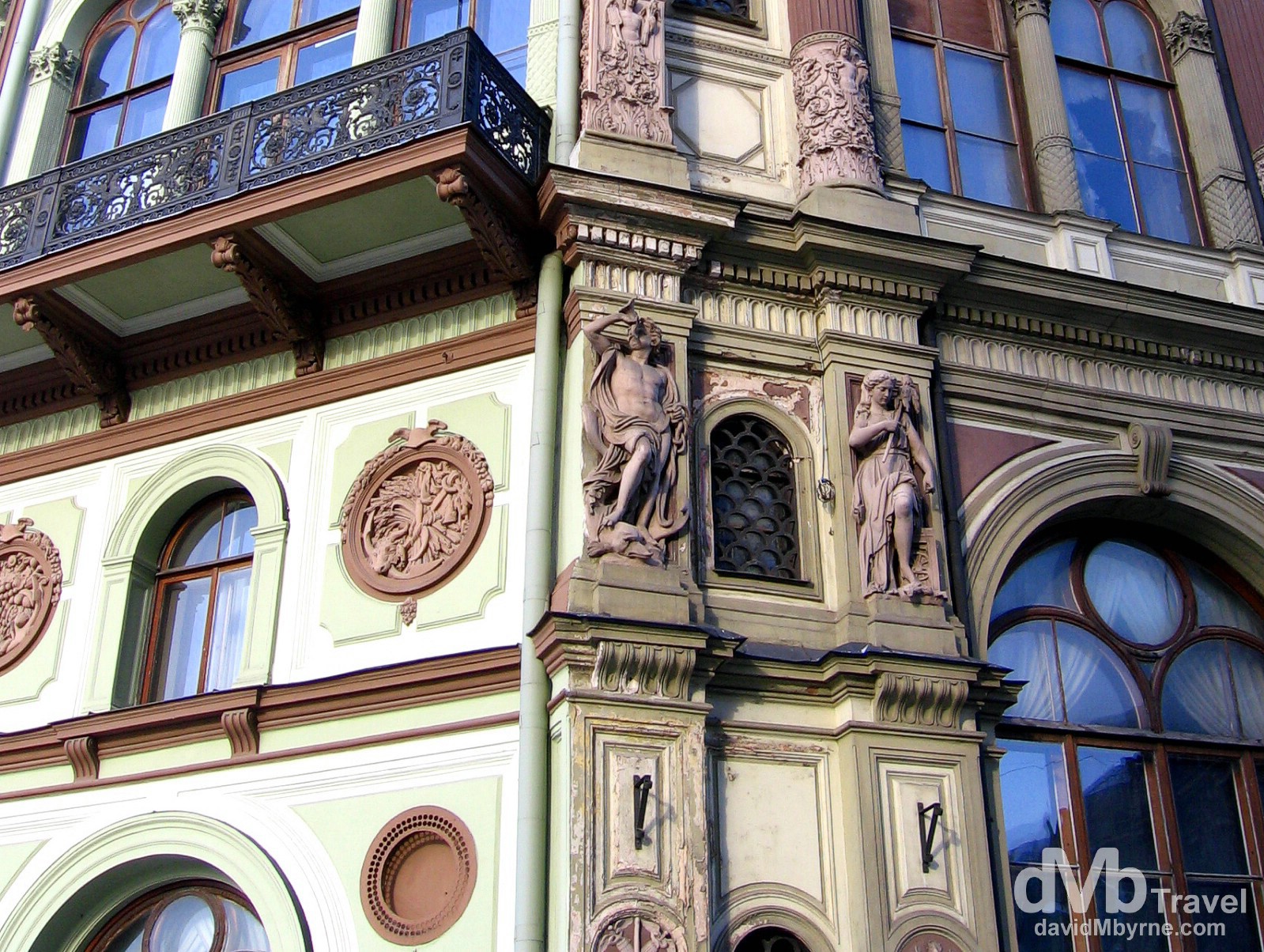 My Baltic shuffle continues. Yesterday Tallinn in Estonia, today Riga in Latvia, & tomorrow Vilnius in Lithuania. This, Riga, is the largest city in the region, the capital of the country some say is the only truly Baltic country of the three official Baltic States – some claim Estonia is too Scandinavian, Lithuania too Eastern European. A major shipping center sitting at the south end of the Gulf of Riga on the mouth of the Daugava River, Riga was founded in 1201 by German crusaders. It accommodates a mix of medieval buildings, contemporary office towers & factories, and a charming UNESCO listed Art Nouveau-heavy Old Town, the city’s big draw. 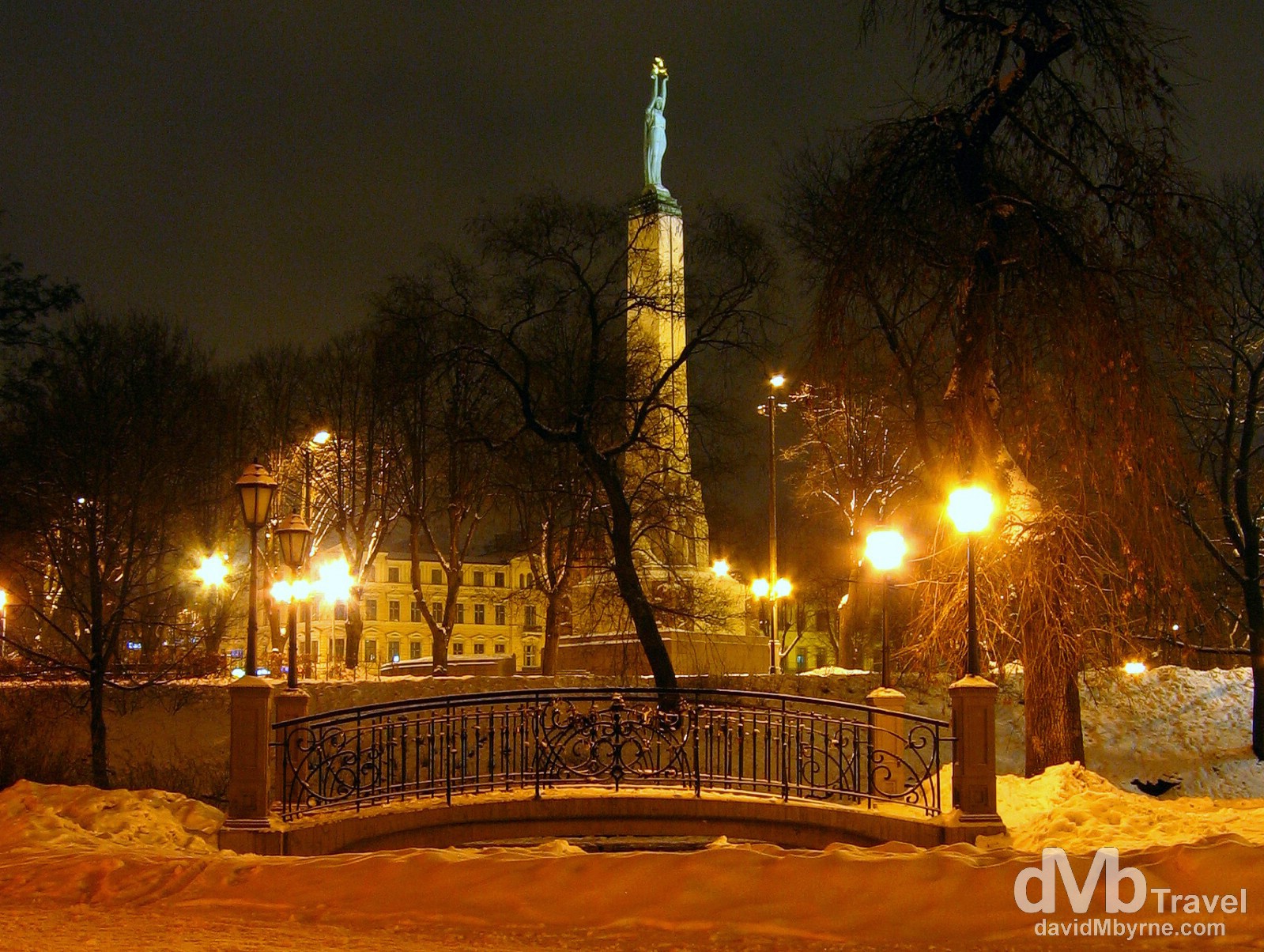 My first picture from Riga – captured late last night having only just arrived in the city off the bus from Tallinn, Estonia – is a photo of Latvia’s Freedom Monument as seen from Bastejkalns (Bastion Hill), a nice park in the center of town that surrounds the city canal (Pilsetas kanals). The monument is topped by a bronze statue of Liberty, affectionately known locally as Milda. During the Soviet occupation of Latvia the quickest way to get yourself a one-way ticket to a labour camp in Siberia was to place flowers that the base of the monument. It was here, on June 14, 1987, that some 5,000 rallied to commemorate the 1941 deportation of Latvian Jews by the Nazis – it is estimated that 175,000 Latvian Jews were killed or deported between 1941 and 1945 when Latvia was occupied partly or wholly by Nazi Germany. Bastion Hill, Riga ( 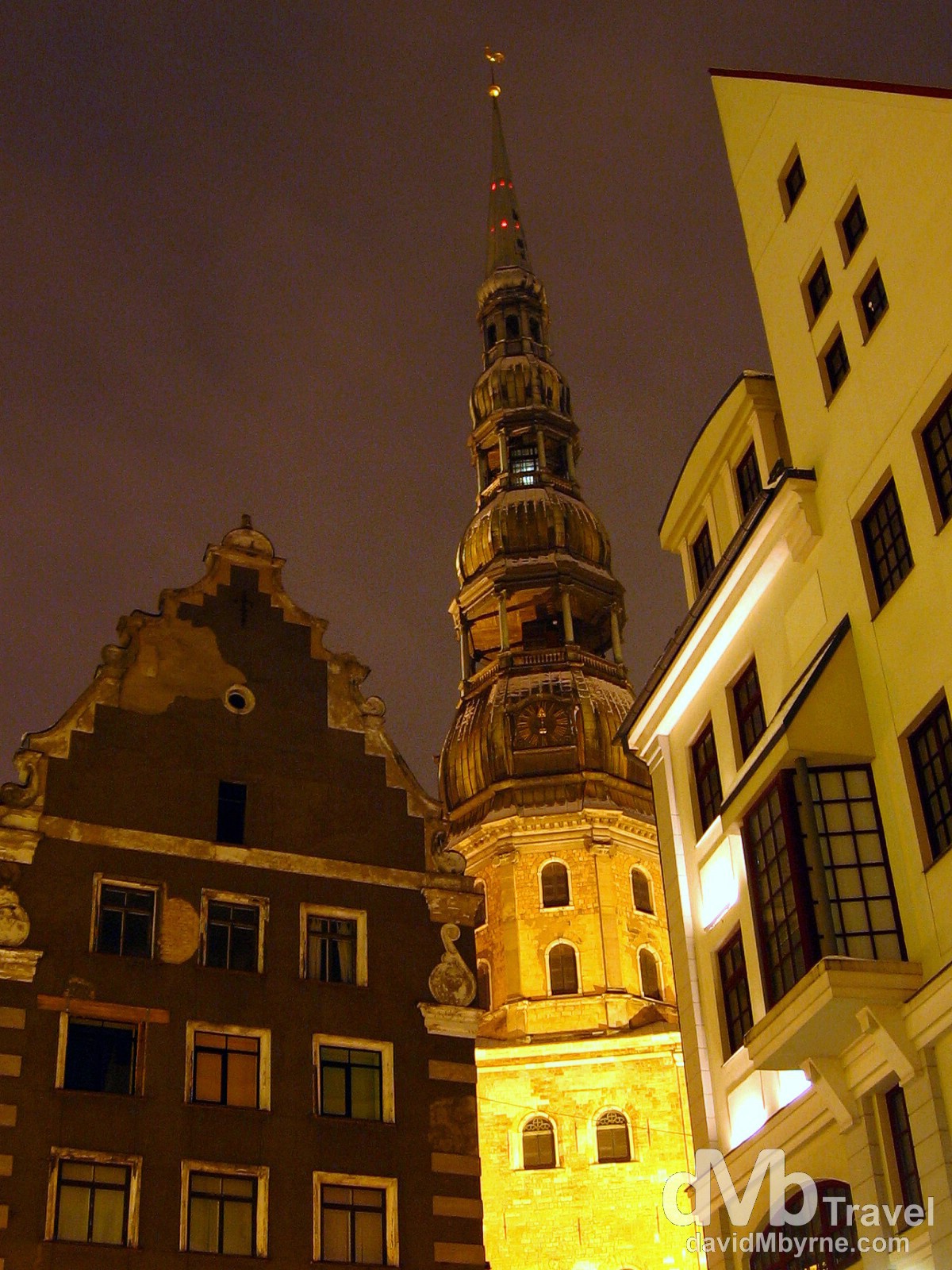 Facades of buildings on Riga’s Town Hall Square with one of the centerpieces of the Riga skyline, the spire of Saint Peter’s Church. The church was originally built in 1209 and the tower seen here has been destroyed several times, having last been rebuilt in 1973. Shortly after taking this photo I got my first introduction to one of Riga’s many strip club employees trying to entice me in for some “free” drinks. I was quick to assure the over friendly tout that even if the drinks were free (which was highly unlikely) that I still couldn’t afford them. Town Hall Square, Riga, Latvia. March 2, 2006.

Riga vs. Tallinn
As you might expect there are many similarities between Latvia and its neighbour Estonia as seen from ground level in the respective capitals of Tallinn and Riga: both cities have UNESCO World Heritage declared and protected Old Towns; both countries have warring pasts of struggle and rebellion in response to foreign occupiers; both have only recently emerged as independent nations from post-World War II Russian rule/oppression; and today both are riding a wave of economic prosperity resulting from independence and EU membership, which both countries obtained in 1991 and 2004 respectively. But certain differences between the two countries, its people and its buildings are obvious, even to someone like me who spent less than 24 hours looking around both cities.

1 || While they both have UNESCO Old Town’s, Riga’s is more spread out, less defined and less fairy tale-esque than Tallinn’s – Riga’s Old Town is particularly notable for its extensive Art Nouveau architecture. Another observation? Riga’s fancy buildings are generally higher than Tallinn’s. 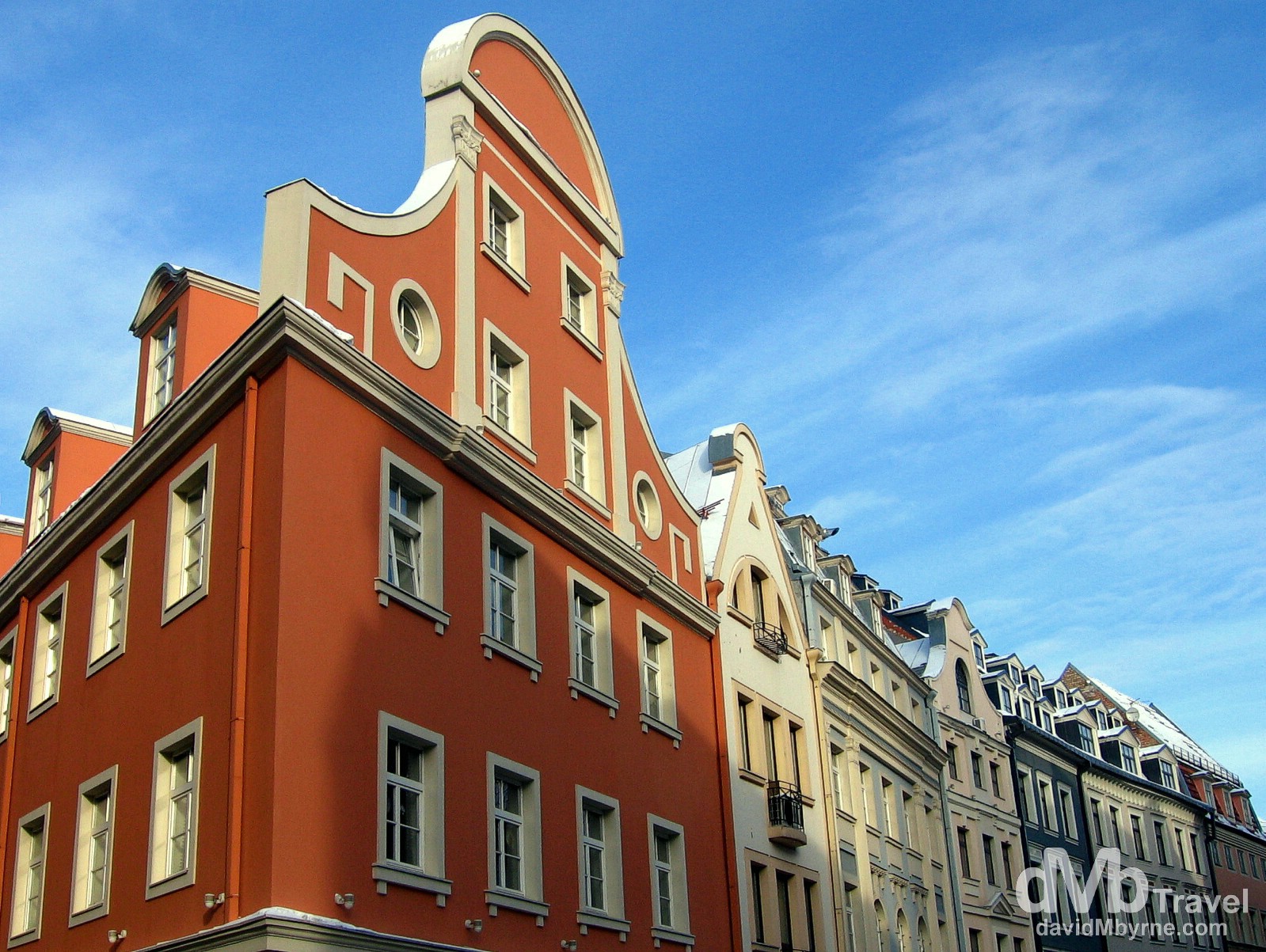 3 – Riga is seedier than Tallinn. Within minutes of walking the streets last night I had been approached by numerous touts enticing me into their gentlemen’s club. Both cities are unfortunately firmly on the stag party circuit but here in Riga they seem to embrace it a little bit more than their Estonian neighbours.

I rose early this morning, grabbed my camera and went exploring the buildings & narrow streets of Riga’s Old Town, only the second UNESCO World Heritage listed Old Town I found myself exploring in as many days. It was a beautiful albeit freezing cold March morning. 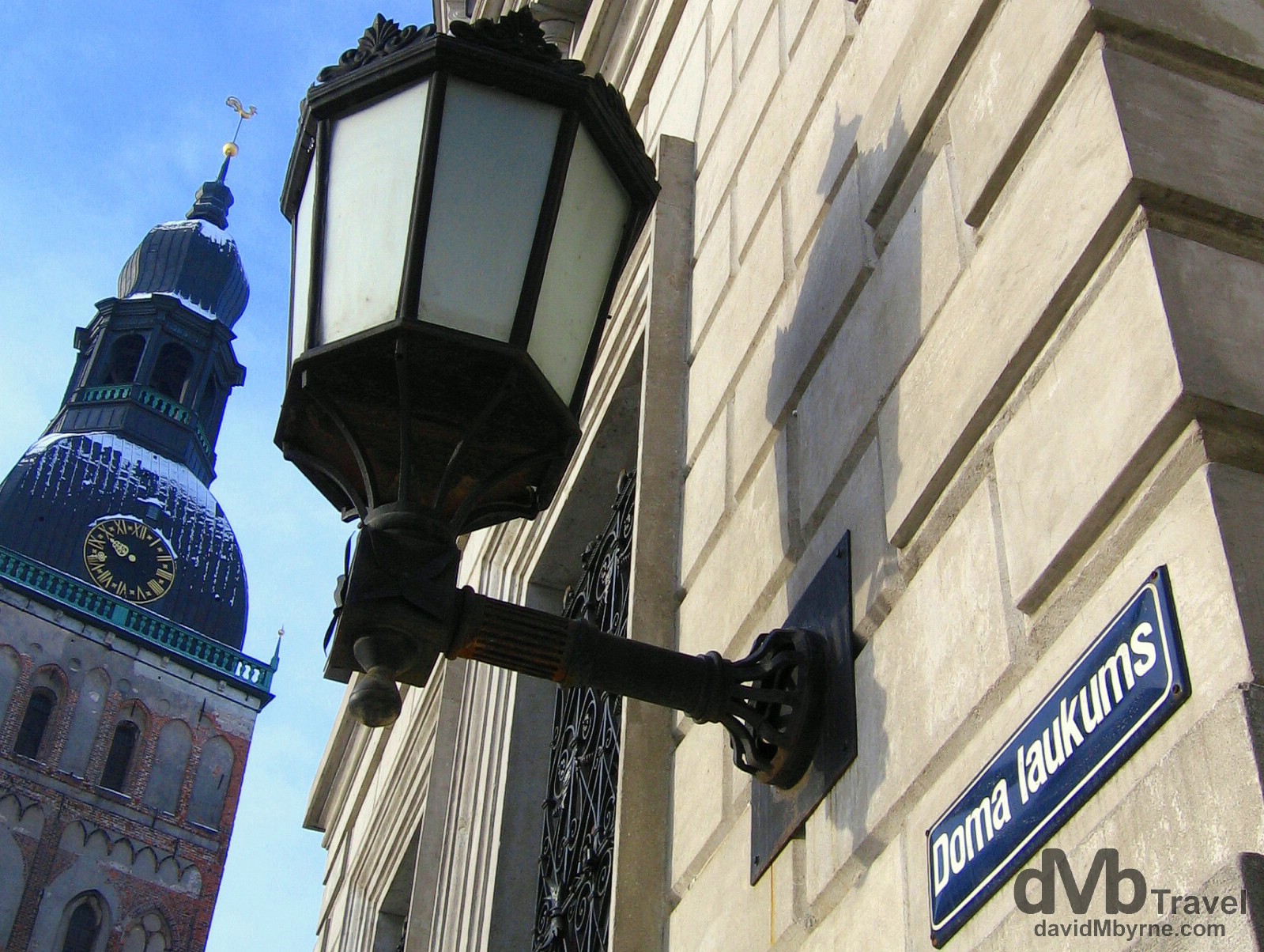 The spire of Riga Cathedral, the city’s landmark church, as seen from Doma Laukums (Dome Square). Built in 1211, the Evangelical Lutheran cathedral is the seat of the Archbishop of Riga & is the biggest church in the Baltic States, one that houses forth largest organ in the world (it dates to 1880). Old Town, Riga, Latvia. March 3, 2006.

The weather didn’t hold out. It started snowing in the early afternoon. Snowing heavily. I battled the blizzards for a while before taking shelter in the Museum of the Occupation of Latvia. 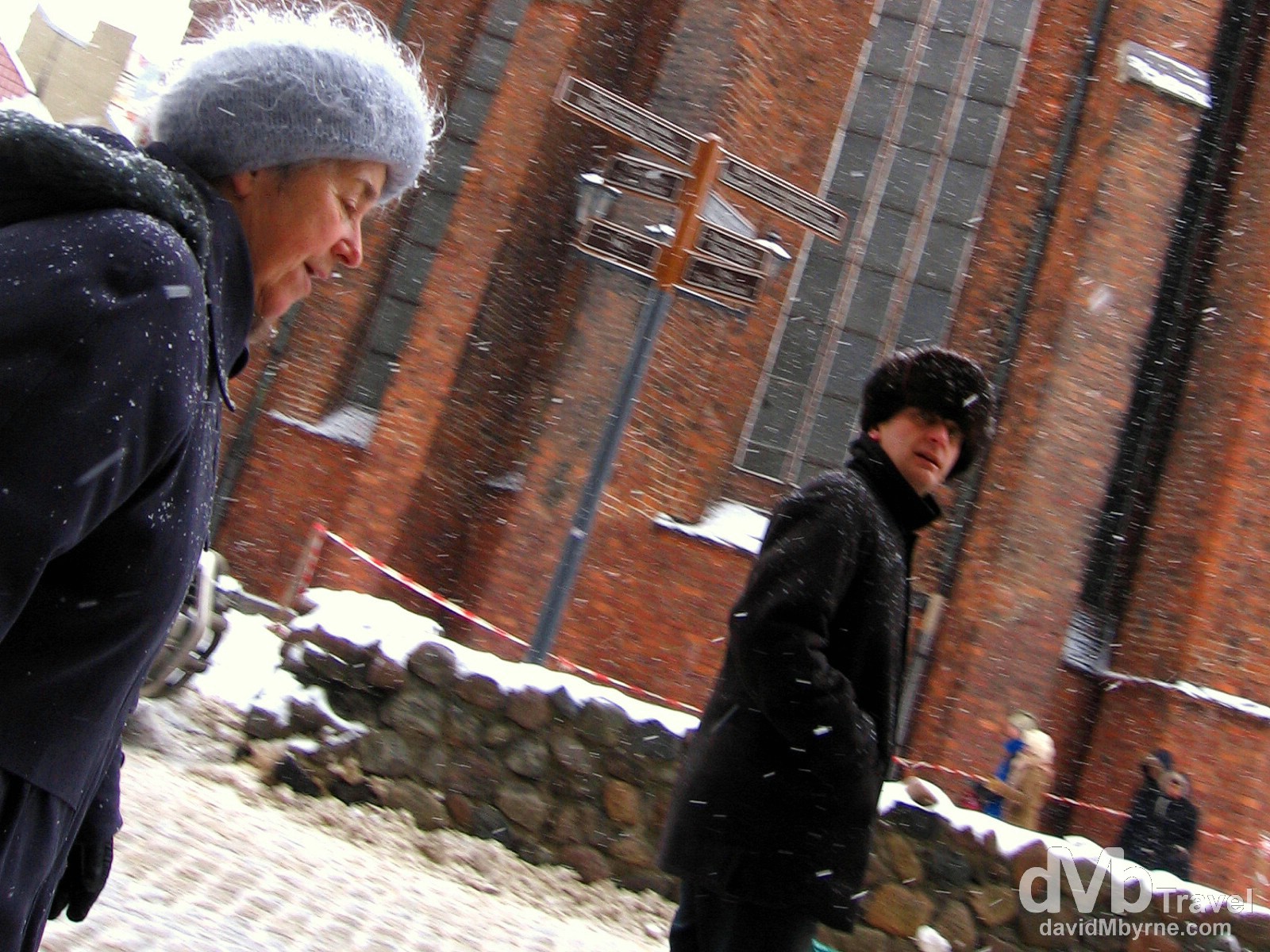 It wasn’t long before the snow squalls I experienced the day earlier in Tallinn, Estonia, arrived in RIga, curtailing my snoop around the city’s Old Town. Riga, Latvia. March 3, 2006. 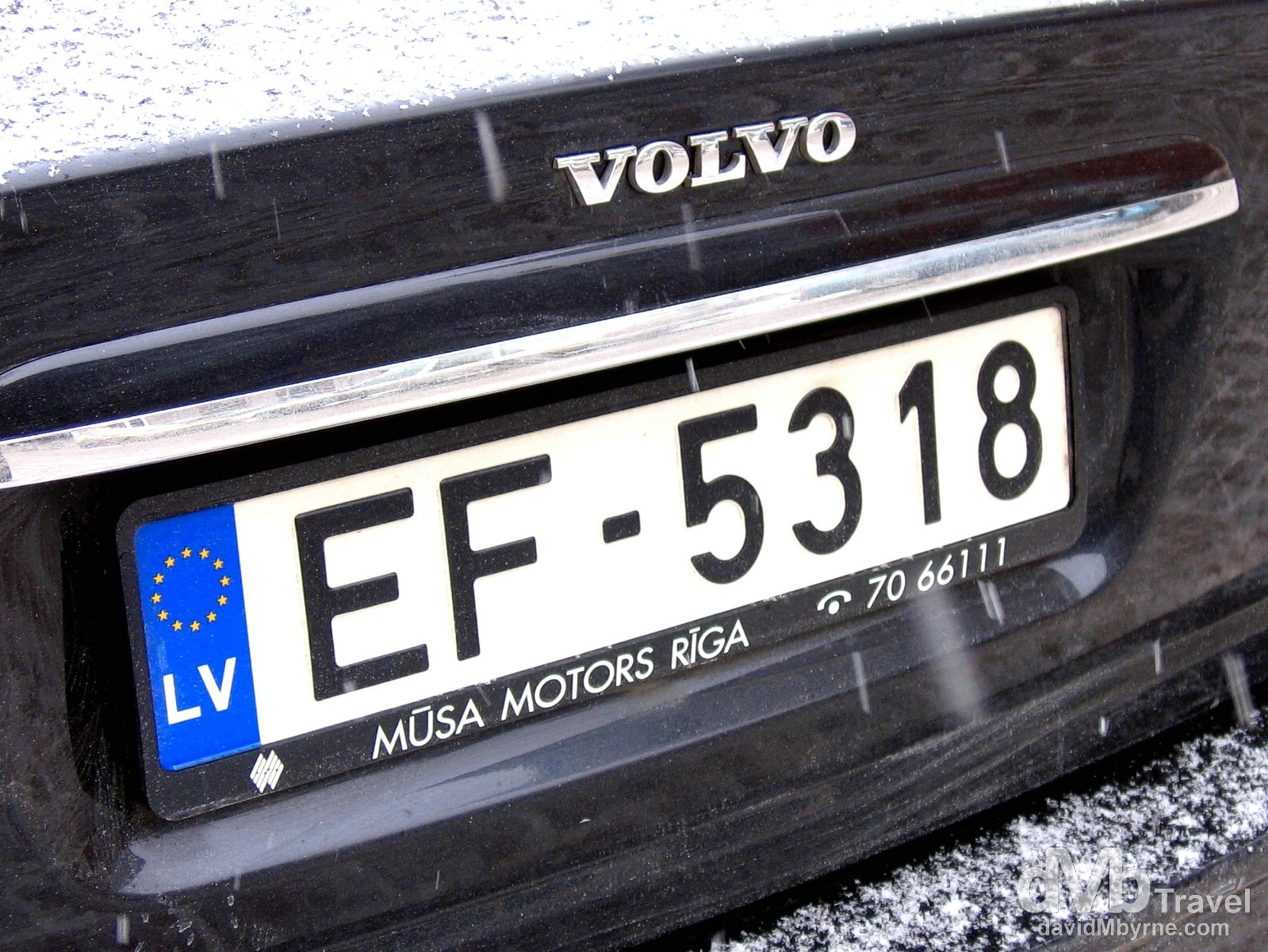 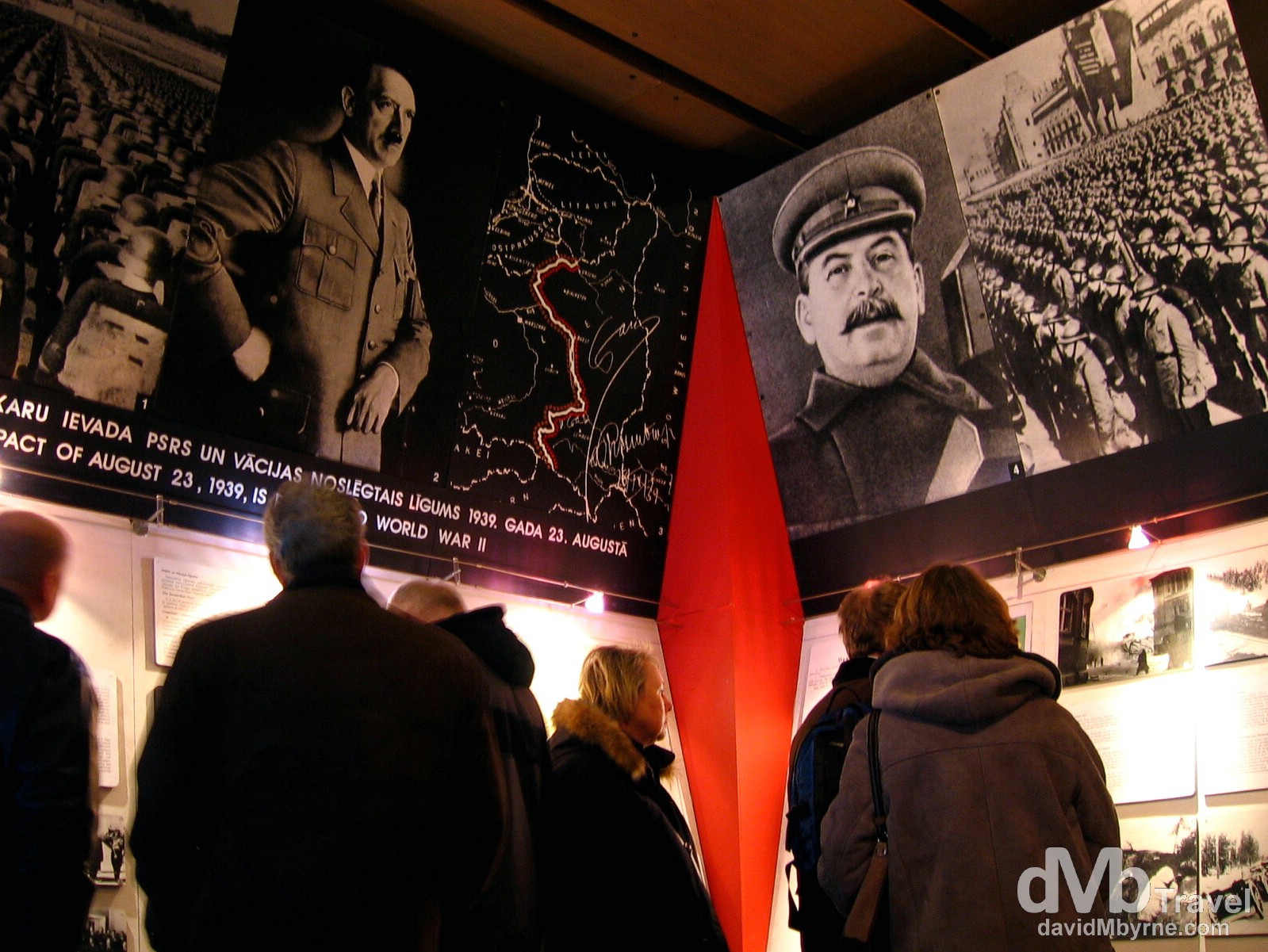 Riga’s Town Hall Square is the location for the chilling Museum of the Occupation of Latvia which does a great job chronicling both the Soviet and Nazi occupations of Latvia during the last half-century (1940-1991). During this period over 550,000 Latvians were lost, more than a third of the population. As with most museums I visit, I would have liked more time in here but I certainly spent time enough to understand some of what the Latvians went through and why they value their independence so dearly today. In the Museum of the Occupation of Latvia in Town Hall, Riga, Latvia. March 3, 2006.

They took it all – our native land, our honour and our name. They punished us for being human beings.

The snow had abated by the time I left the museum, giving me a chance to get the following picture of the House of The Blackheads, the city’s architectural gem. 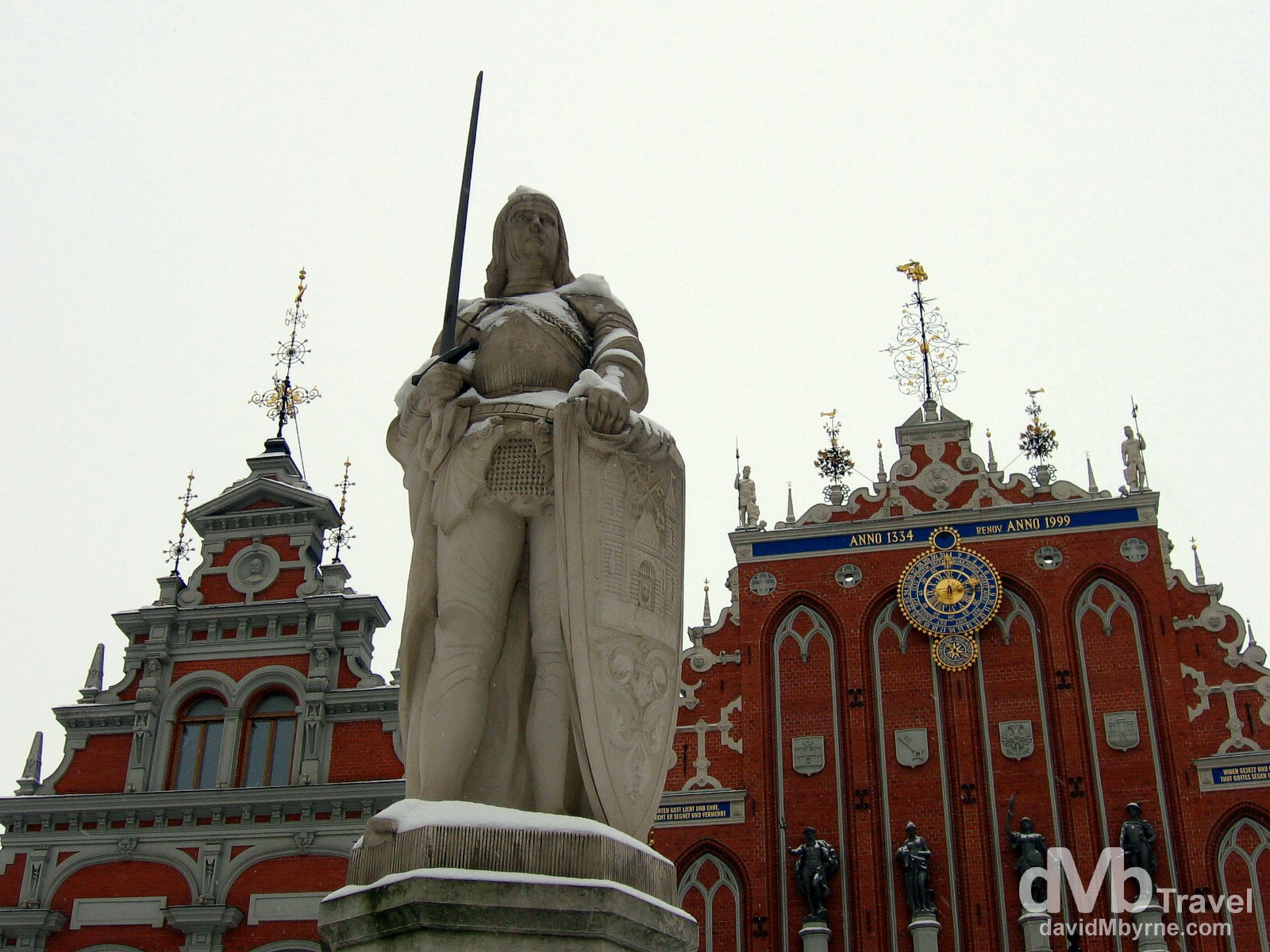 House of The Blackheads was first built in 1344 for the Blackheads’ guild of unmarried merchants. It has a rocky past having been badly damaged in 1941 & flattened totally by the Soviets in 1948. It was rebuilt from scratch to its present state in 2000 (which probably accounts for why it looks so great today). It can be found in Town Hall Square, the centre of which stands a statue of Saint Roland, Riga’s patron saint. This is a replica of the original statue which was erected in 1897 – the original was moved to nearby Saint Peter’s church during World War II for protection and it hasn’t moved since. Town Hall Square, Old Town, Riga, Latvia. March 3, 2006.