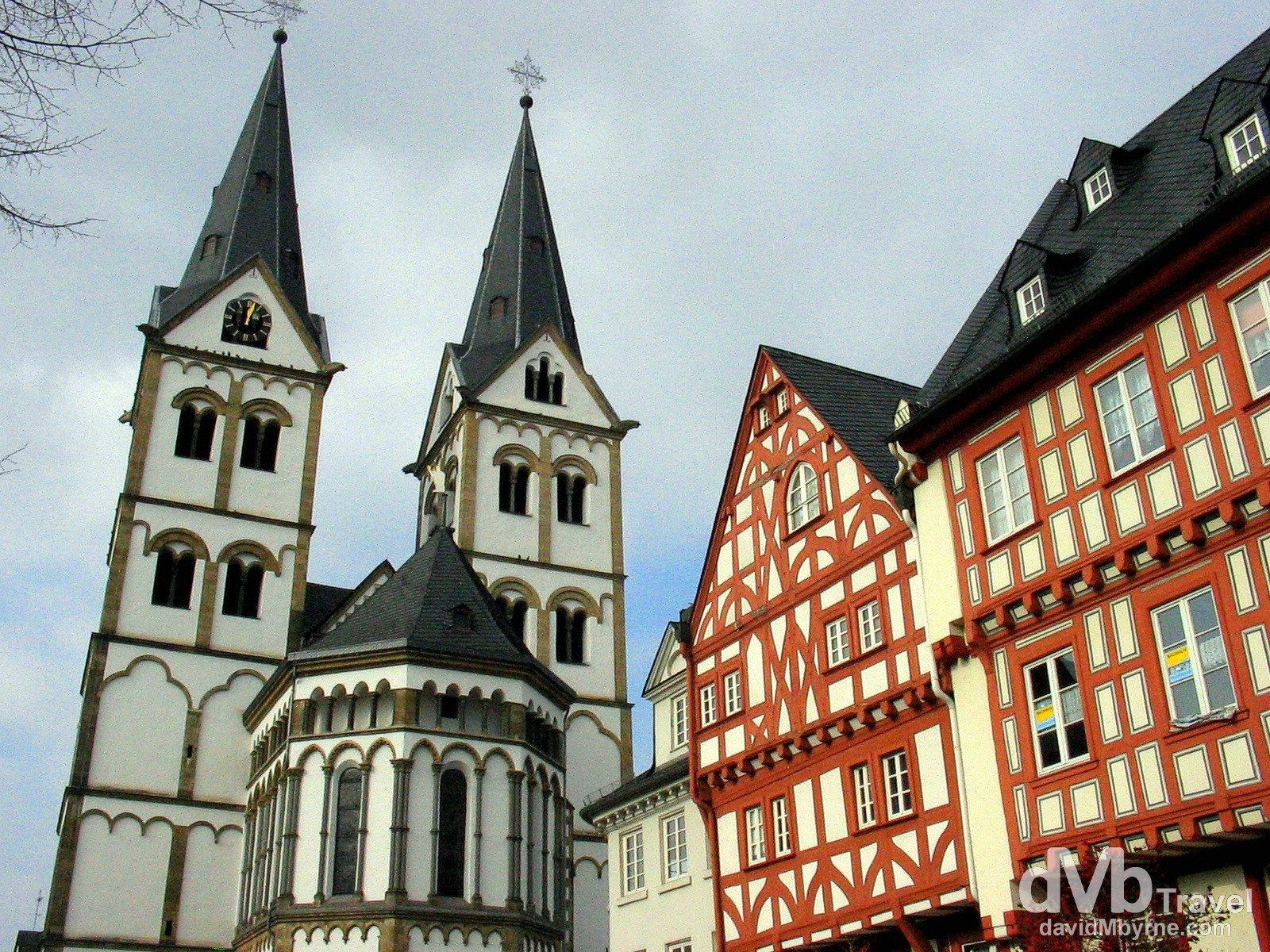 The UNESCO listed Upper Middle Rhine Valley, often refereed to as the Rhine Gorge, is a 65 kilometre stretch of the Middle Rhine Valley in western Germany. The area, with its castles, historic towns and vineyards, graphically illustrates the long history of human involvement with a dramatic and varied natural landscape. It is intimately associated with history and legend and for centuries has exercised a powerful influence on writers, artists and composers.

The twin towers of Saint Severus Church in Marktplatz, Boppard (

Boppard is one of many charming towns in Germany’s Upper Middle Rhine Valley. Located at the start of a horseshoe loop in the Rhine River, Europe’s longest, the town originated as a Roman way-station and was replaced in the 4th century by a military fort. Today it’s a laid-back riverside town with the twin towers of the early 13th century Saint Severus’s Catholic Church in the Marktplatz (Market Square) the town’s prominent landmark.