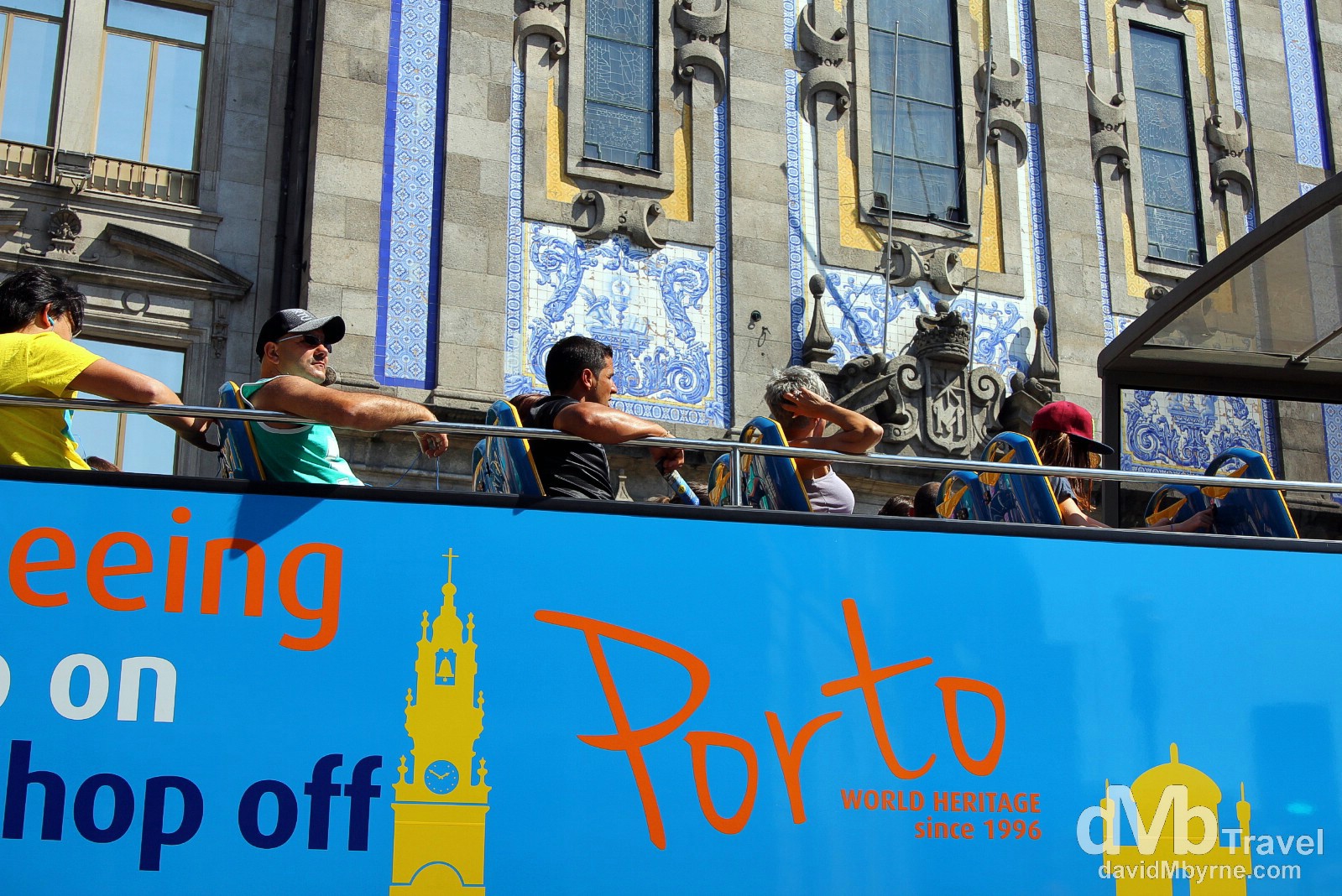 A tourist bus on the streets of Porto (

I realised in Lisbon about 4 days ago that I’d left my camera battery charger at home. At the time I wondered how I could have packed so fatuously for Portugal (I’d also, somehow, left home without my iPod), but that didn’t change the situation. So for the last 4 days I’ve been on something of a self-imposed photography diet; I’ve been uber selective with the shutter clicks & sometimes I, shock horror, didn’t take the camera out at all. I’ve been tolerating blinking LCD displays for a while now but today my SLR camera battery finally died, approximately 24 hours after my point-&-shoot battery went the same way. I put the lens cap on, stowed the camera & found myself walking around – sans camera – Porto, a city that has turned out to be one of the most picturesque European cities I’ve ever visited. It was a weird feeling; I felt naked. But I wasn’t perturbed. Knowing I was on borrowed time I had made a photography to-do list for Porto and had, before the demise, ticked most of the boxes. I’m leaving Porto to return home tomorrow and with no more pictures to come between this and that I guess now is as good a time as any to pictorially highlight the last few days here in Porto.

The whole, yes the whole of Porto’s historic centre was granted UNESCO World Heritage listing in 1996. That means there are quite a lot of historical buildings to point a camera at most of which, including the city’s iconic Clérigos Church, are made of grey granite.

The Baroque 18th century Clérigos Church as seen from Rua dos Clerigos. The façade of the church, built between the 1730s & 1750s, is heavily decorated with baroque motifs. The accompanying 225-step, 75-metre bell tower, Torre dos Clérigos, was built between 1754 & 1763 & is still the highest building in the city offering breathtaking views. Porto, Portugal. August 29th 2013. 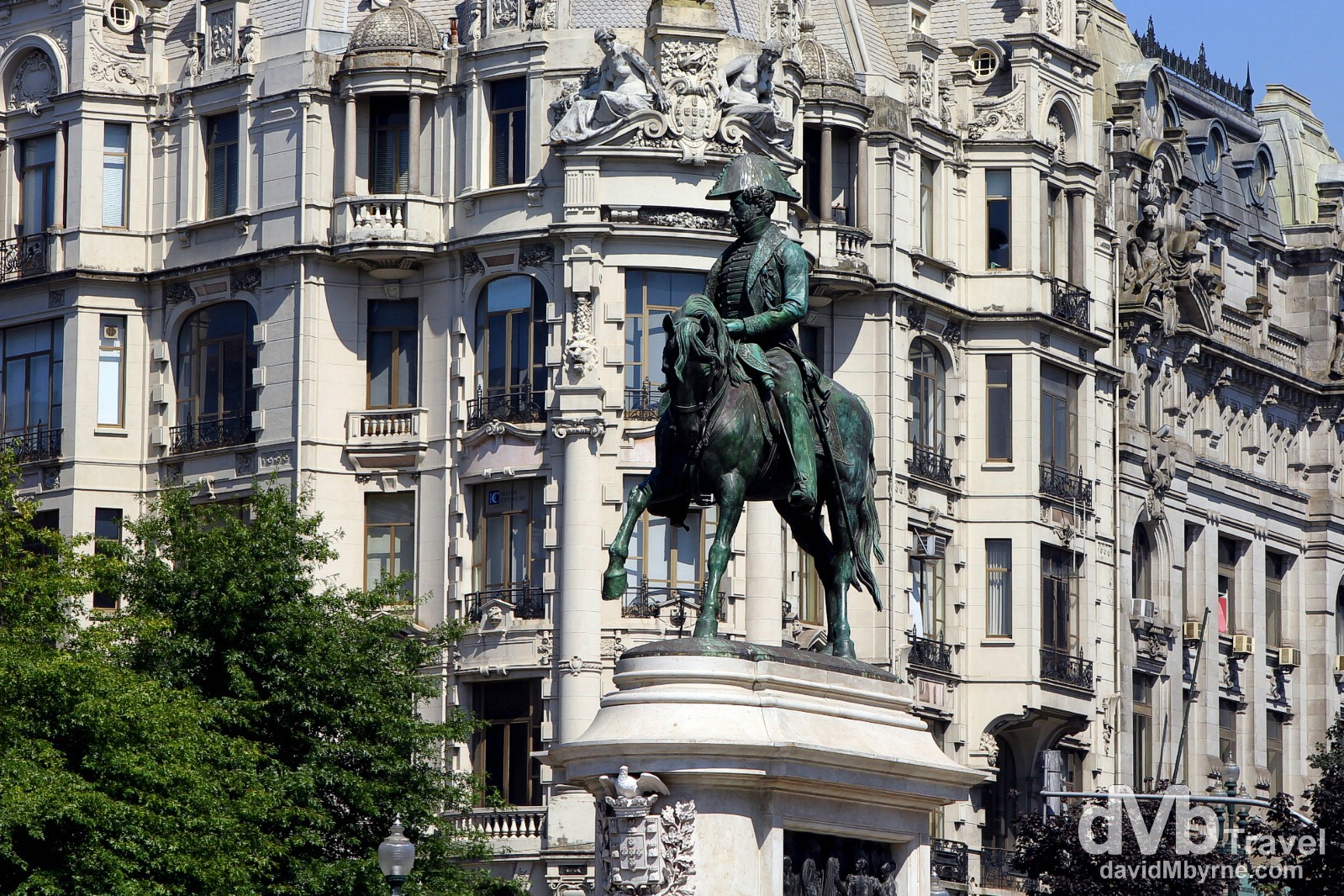 Downtown Euphoria
Porto has a long, fascinating history, and a long history of urban neglect. However, in recent years – & as a result of the city being named the 2001 European Capital of Culture & a host city for the 2004 Euro Championships – the city has opened a new metro system & large parts of the historic downtown has been rejuvenated as part of a massive ‘Downtown Euphoria’ – buildings got a spruce up, new bars opened and a thriving underground art & music scene is back & more active than ever before. 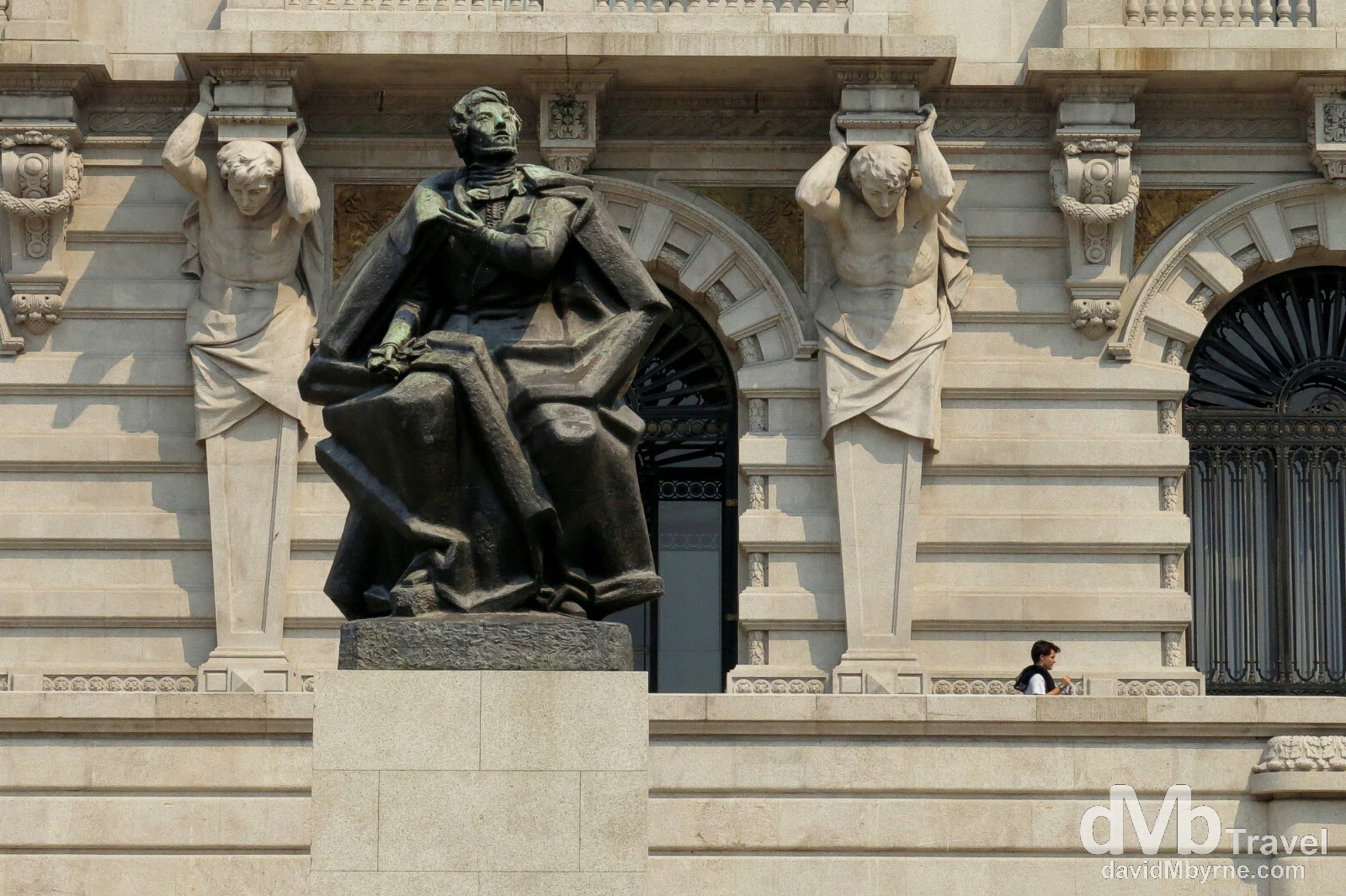 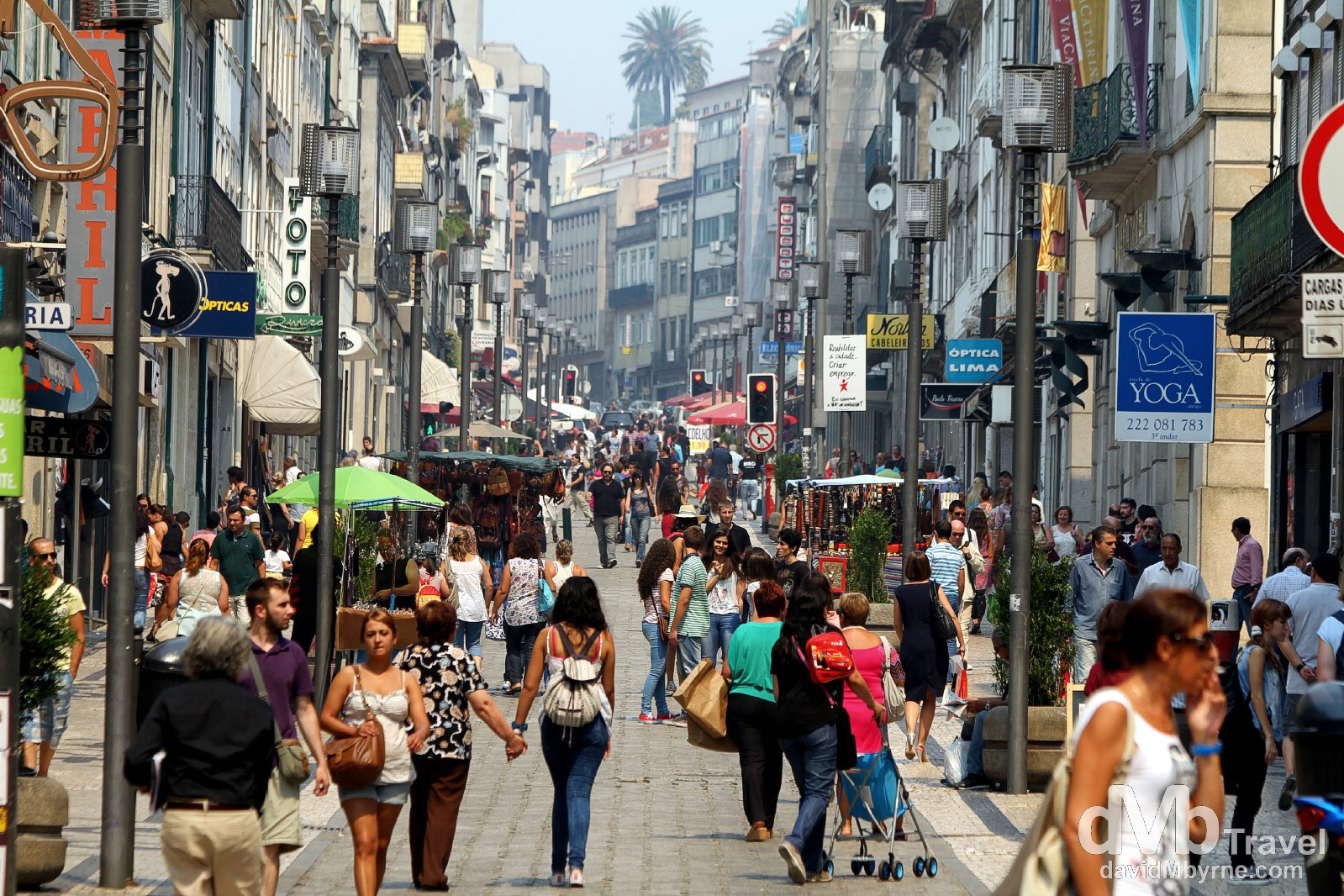 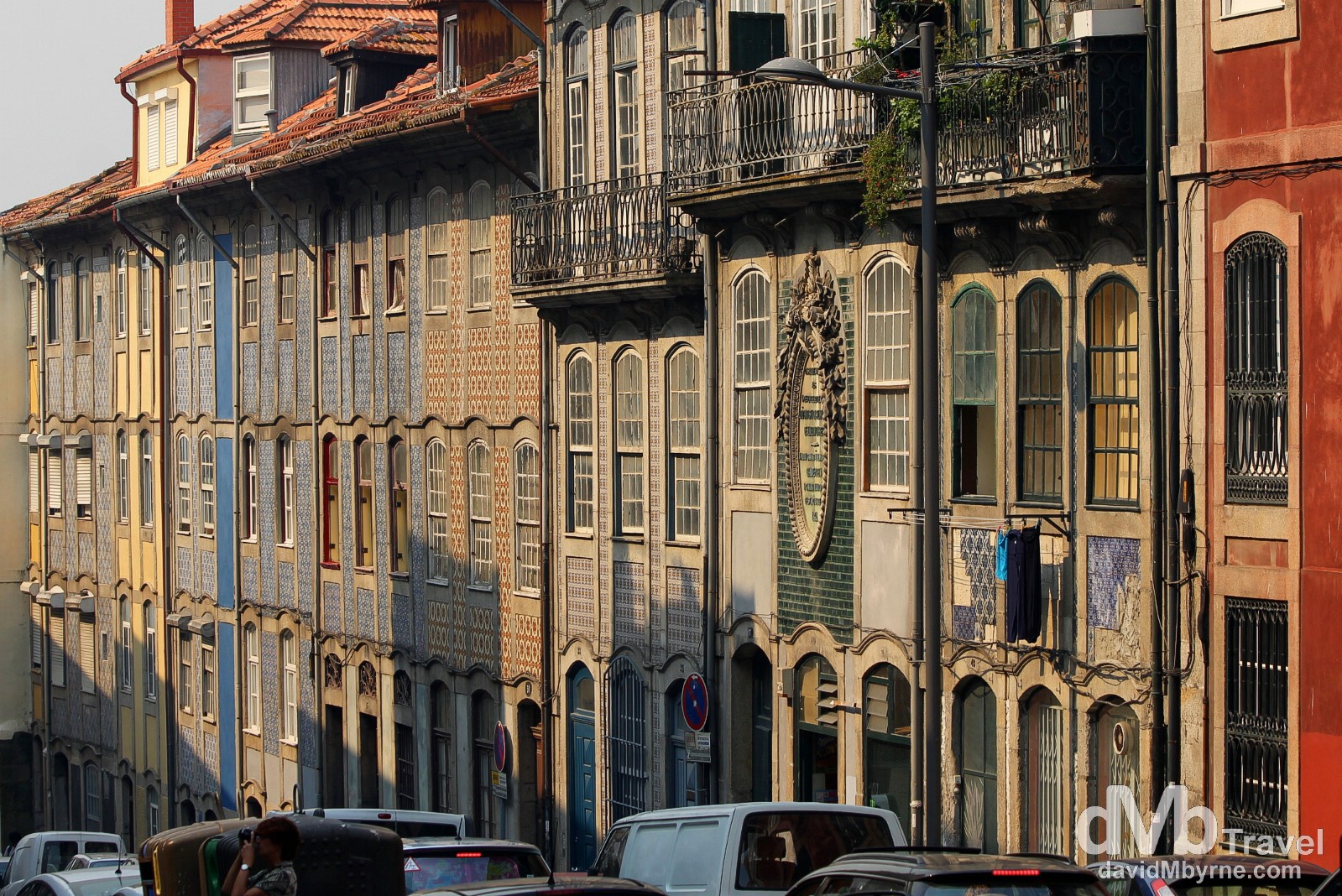 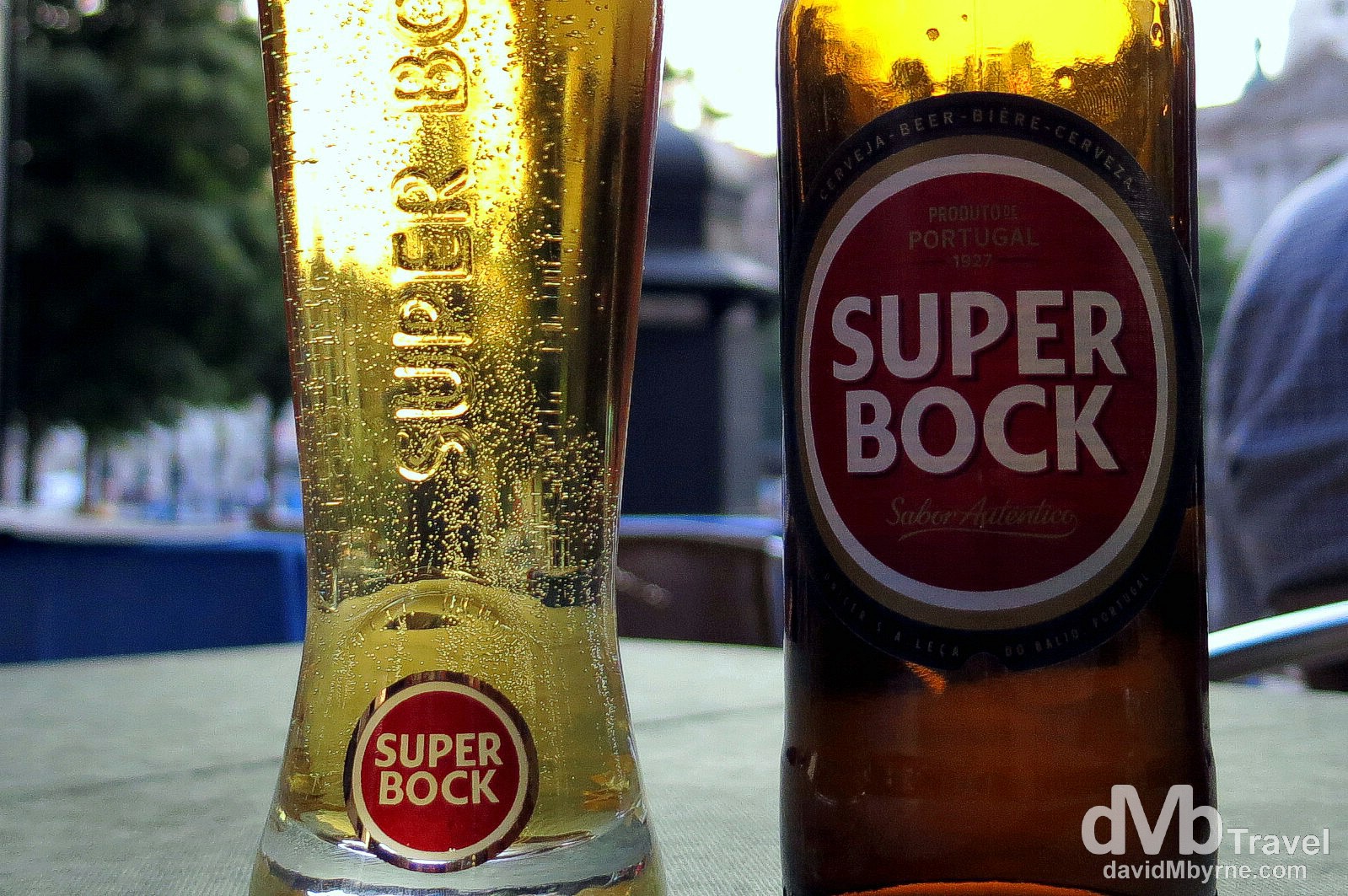 Beer Wars || There is an intense rivalry between the two main cities in Portugal, one that even extends to beer – Lisbon brews Sagres, Porto brews Super Bock. Both are good. One may be able to pick a preferred city of the two but picking a favourite beer might prove that bit more of a challenge. Porto, Portugal. August 27th 2013. 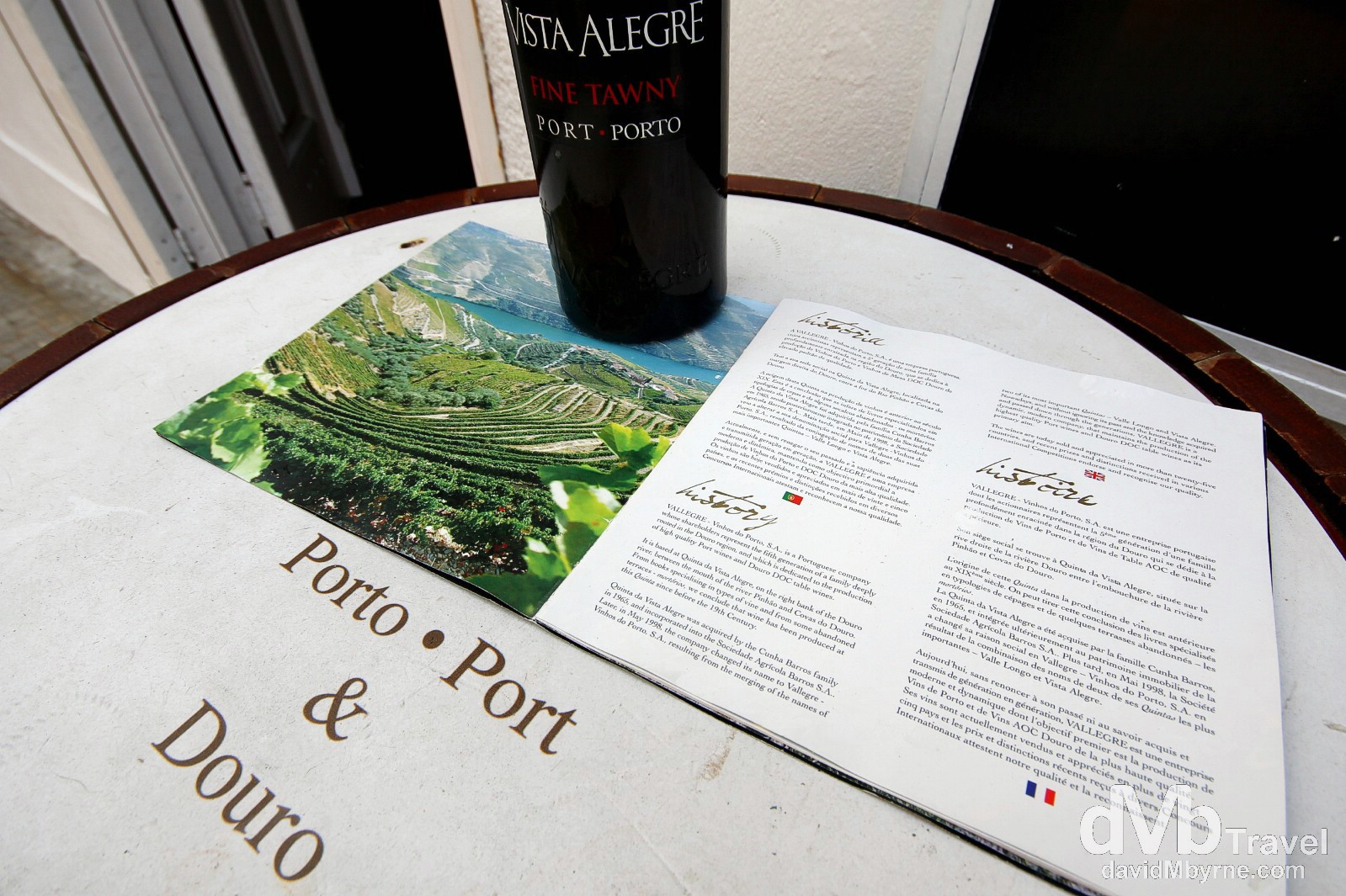 Women are like Port wine, both get better with age.

Or so the saying goes, which is why Porto’s cellars are full of the stuff – it can sit there maturing for up to 100 years. This is the drink that the city gave its name to & needless to say it is big business around these quarters. When the wine is made the fermentation process is stopped at an early stage (2 or 3 days from the start) by adding aguardente, a neutral grape spirit. This means not all of the sugar gets turned into alcohol leading to a sweeter wine. Seemingly the locals don’t drink a lot of their primary export (wine yes, but Port wine no) – it’s for the tourists you see. That said, locals do have one very good (& expensive) bottle lying around for special occasions with family or friends. 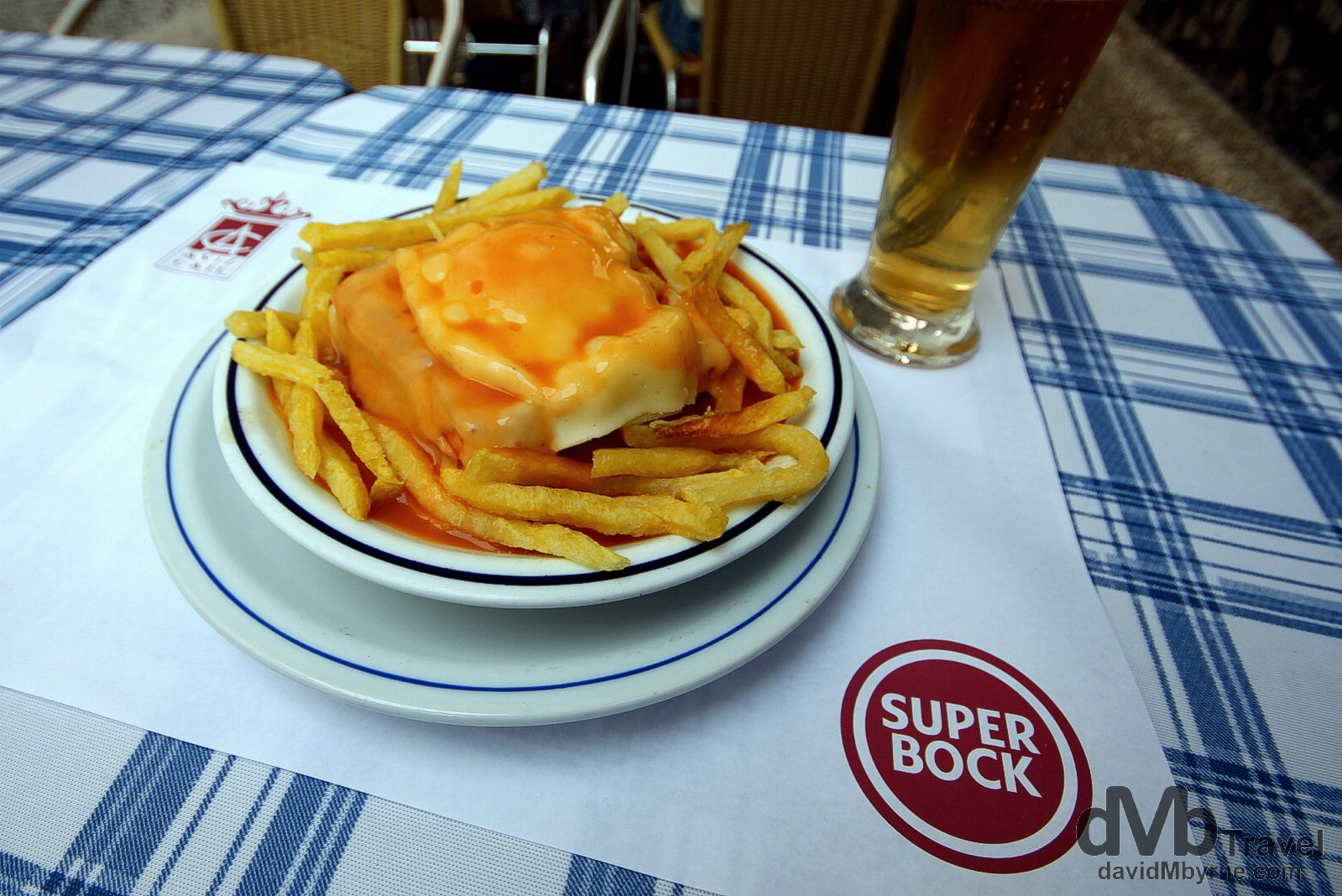 Francesinhas. The Little French Lady, or francesinha as it’s known to the locals, is a Porto speciality & by the looks of it a heart attack waiting to happen. ‘Invented’ in the 1960s, it’s a popular dish in Porto while enjoying cult appeal elsewhere in the country. It’s a sandwich, a stacked, messy one eaten with a knife & fork. There is no standard recipe (seemingly anything goes) and upon dissecting my AVIZ Café francesinha I found ham, egg, sausage, cheese & olive-infused luncheon meat, all covered in a red tomoto & beer-based sauce. Served with fries and washed down with a Super Bock is quintessential Porto. AVIZ Café, Porto, Portugal. August 28th 2013.

Porto || A City of Bridges 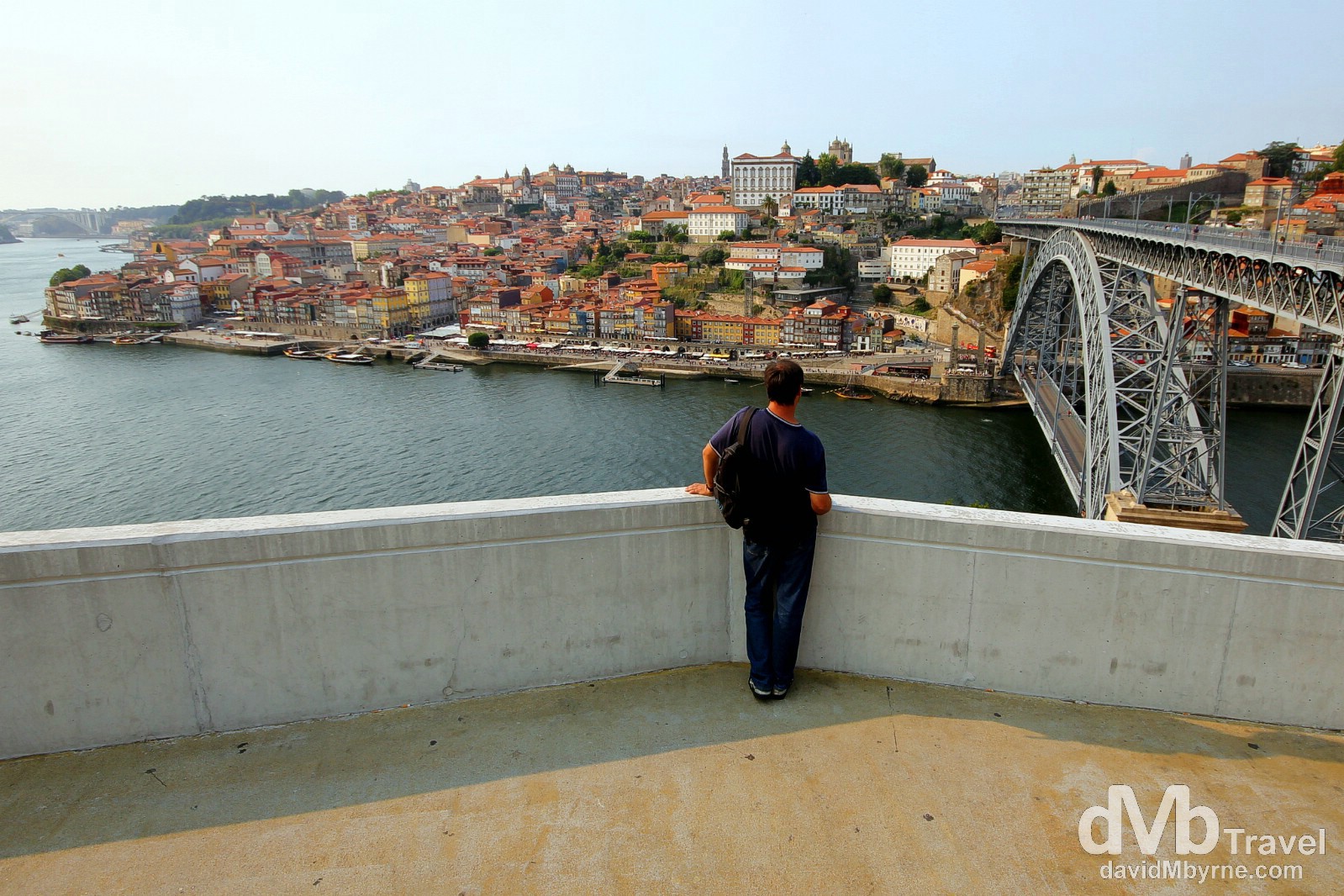 Viewing Porto & the Douro River from the Jardin do Morro. Located along the Douro river estuary, Porto has 6 bridges (there’s two more in the offing), the most recent having been built in 2003. The bridge seen here is the 1886, 385-metre long Ponte D. Luis I, the second bridge to be built across the river, the first having been built in 1877. It connects the historic centre of the city, in the distance, to the Gaia area of Porto, from where this picture was taken. The bridge has been altered over the years, most recently in 2005 to allow for the carrying of a line on the then new Porto Metro. The bridge towers high above the Douro River & walking across its top platform, which pedestrians share with the aforementioned metro trains, provides amazing views of the city. Porto, Portugal. August 28th 2013. 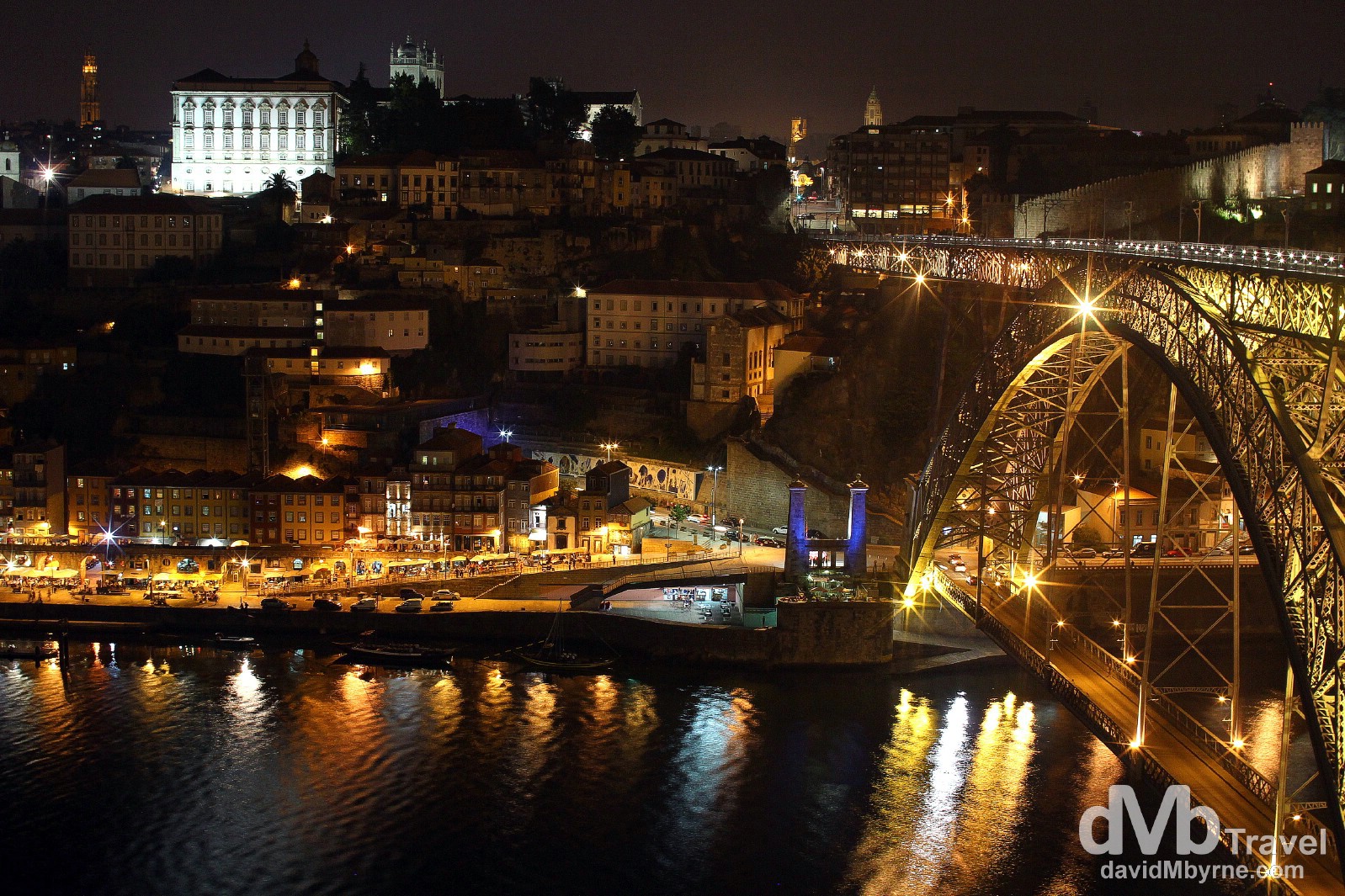 I didn’t find Porto as photogenic at night as I found Lisbon (Lisbon wins that one) but I did like this night time view, a view of the Douro River, Ponte D. Luis I Bridge & the historic centre of Porto as seen from the Jardin do Morro in the Gaia district of the city. August 28th 2013. 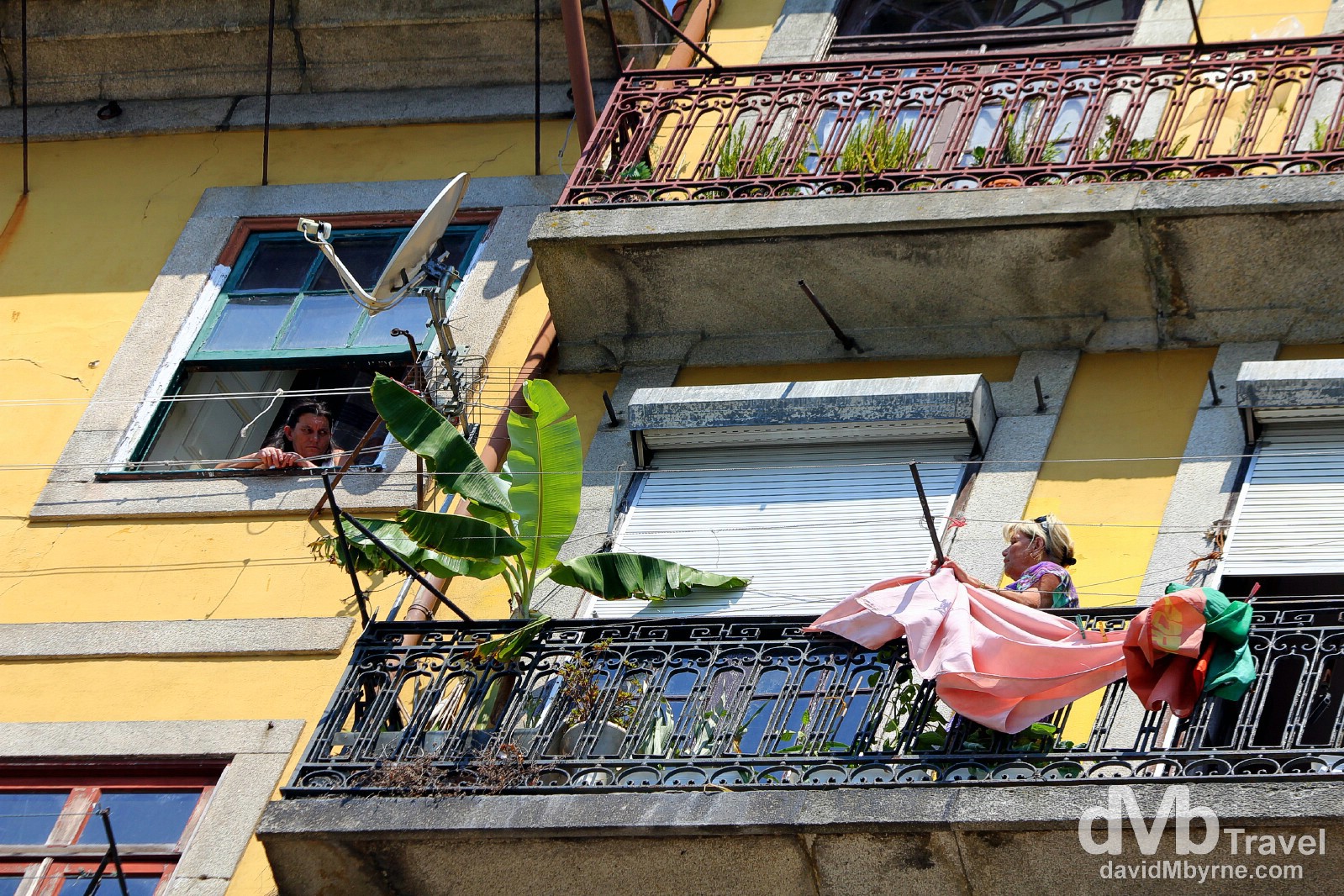 Neighbours in the Ribeira (literally ‘down by the river’) district of the city. This district was the epicentre of Porto centuries ago, but now it’s mainly where tourists come – although with so much else to see in Porto I managed to avoided this district until today, my last day in the city. A World Heritage area, it’s an amazing warren of narrow, steep, medieval alleyways & stairs that are actually streets, a residential area that hasn’t changed all that much since the 15th century. Wandering around here & hearing conversation from behind closed shutters & wondering what was around the next darkened corner was a great experience. Porto, Portugal. August 29th 2013. 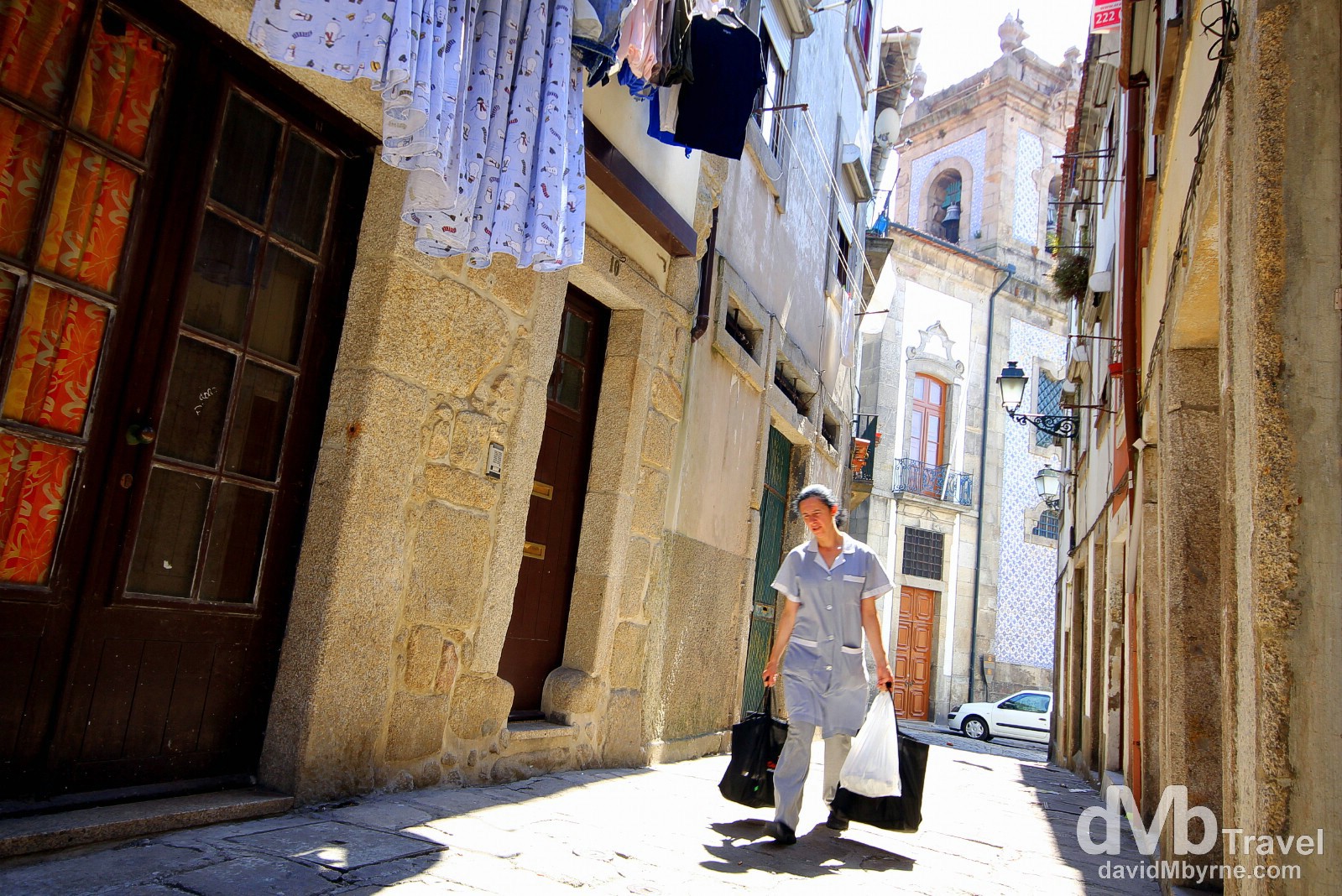 My last capture in Porto, & Portugal, before my camera battery succumbed to the inevitable, that of a local walking in the lanes of the Miragaia district of Porto, Portugal. August 29th 2013.

A few randoms from my time in Porto. 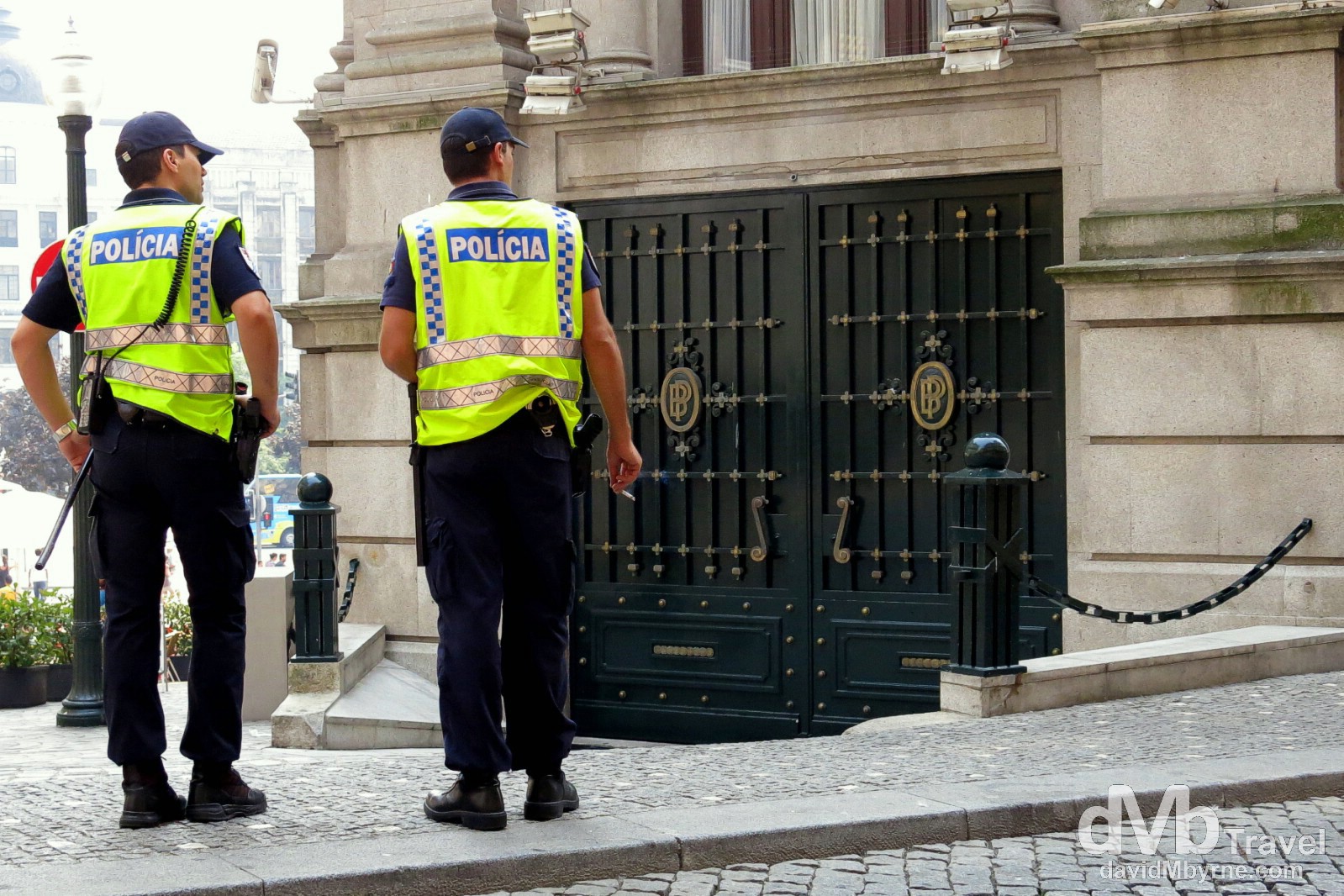 Guarding the Bank of Portugal, Rua do Almada. According to the awesome map I had to guide me around the city, if these guys are not in position it’s only because something terrible has happened. The two policemen standing on this corner are as much a landmark as the building they are guarding, the Bank of Portugal. They stand here all day doing, well, not much really. Smoking I guess, as in this picture. Porto, Portugal. August 28th 2013. 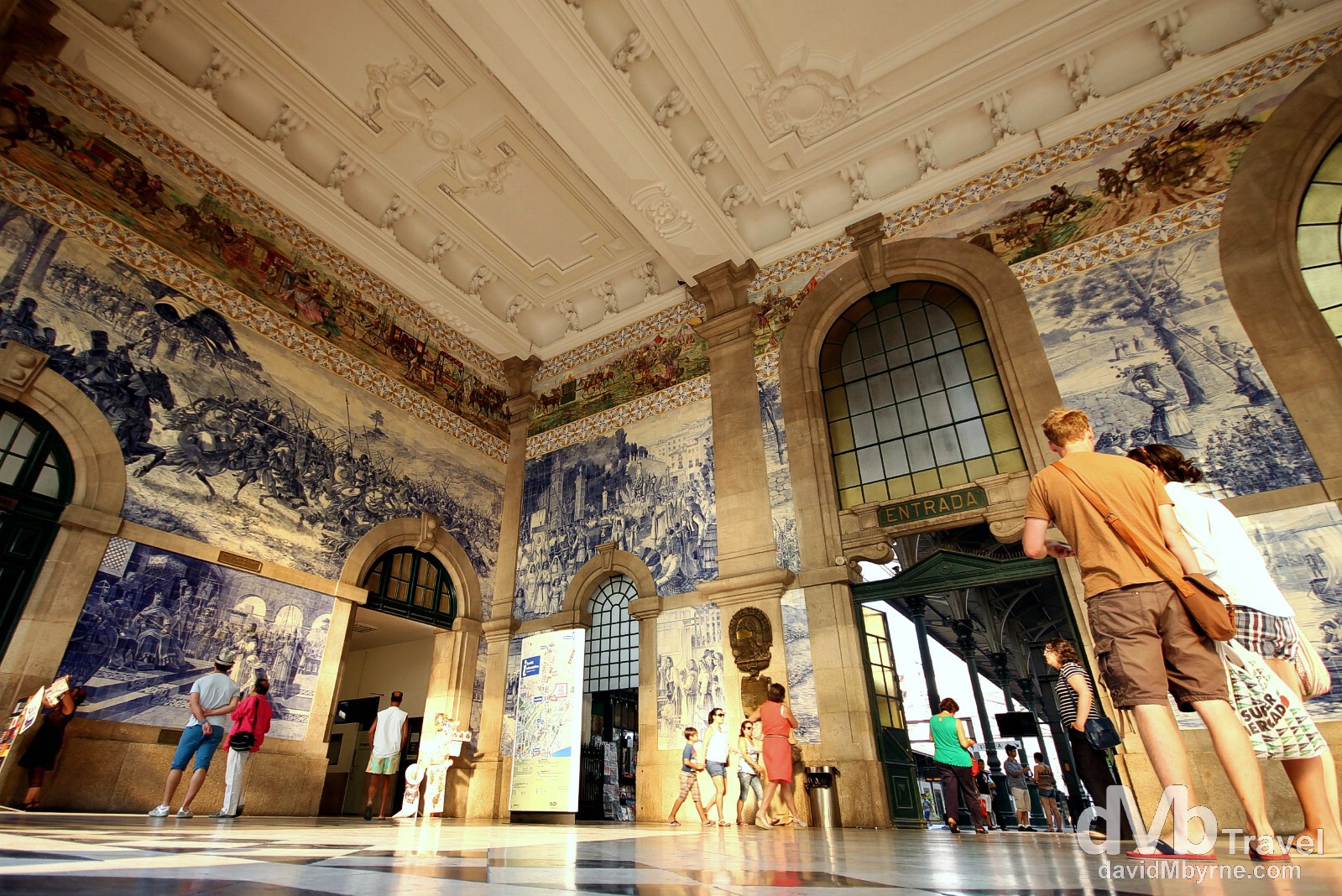 Azulejo in Sao Bento Station. Azulejo is a form of Portuguese painted ceramic tile work that has been produced without interruption for five centuries & has become a typical aspect of Portuguese culture & a major aspect of Portuguese architecture – the tiles are applied on walls, floors, ceilings & even on the streets. Ten years of work went into finishing the 20,000 tiles found here, in the vestibule of the 1916 Sao Bento train station, a tourist favourite in the city. The azulejo panels here were painted between 1905-1916 by Jorge Colaco, the most important azulejo painter of the time, & depict landscapes & important historical scenes in Portuguese history. I visited this station numerous times while in the city (it’s somewhere you always seem to pass by) but, and while nurturing a fast depleting camera battery, waited until the nice light of sunset cast a warm glow in the vestibule before photographing it. Porto, Portugal. August 28th 2013. 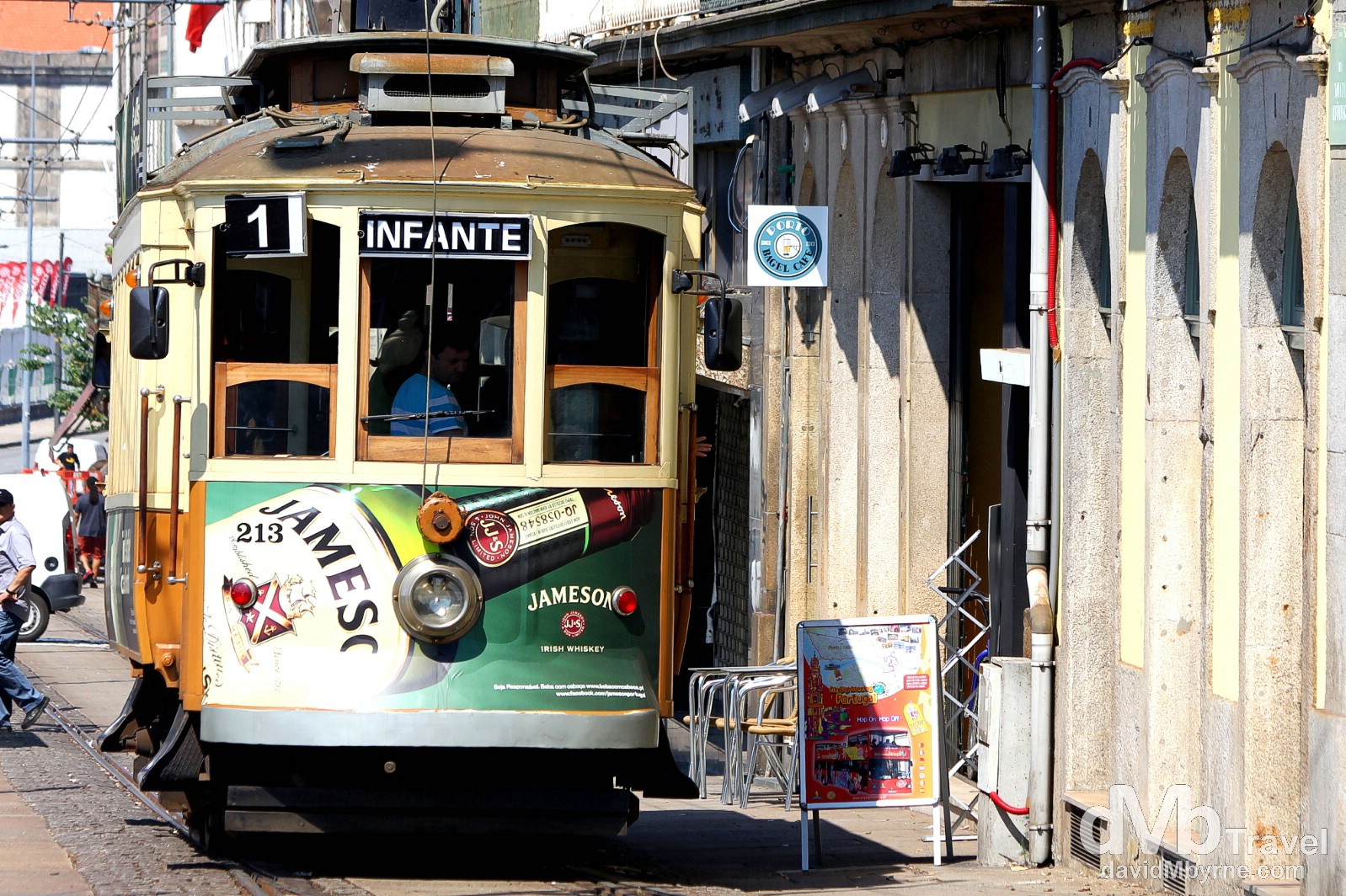 Tram Number 1. For almost 100 years, trams made Porto move. Now only 3 lines remain and those are for tourists, including this, Tram Number 1, which runs from the Ribeira to the Passeio Alegre areas of the city. Ribeira, Porto, Portugal. August 29th 2013. 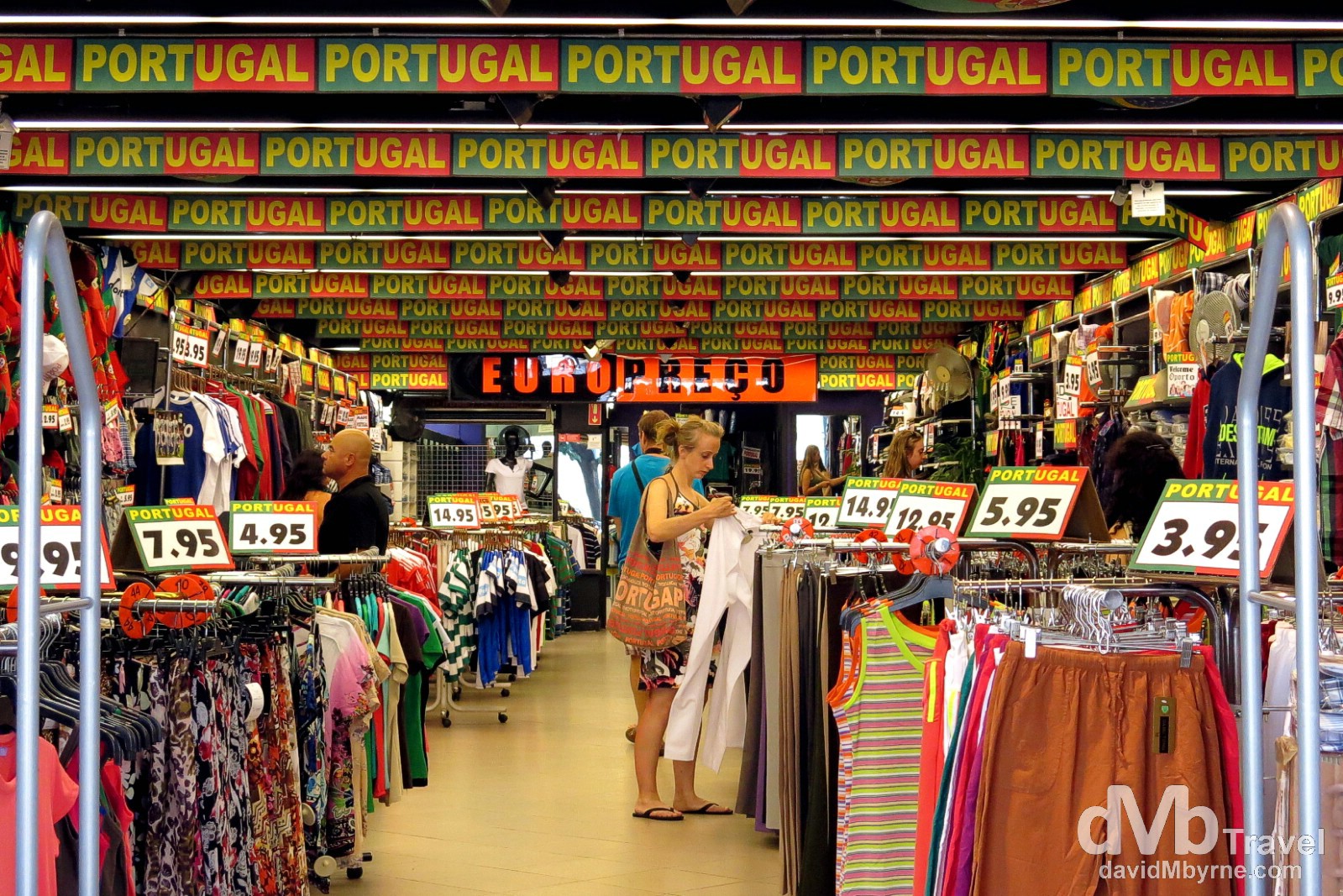 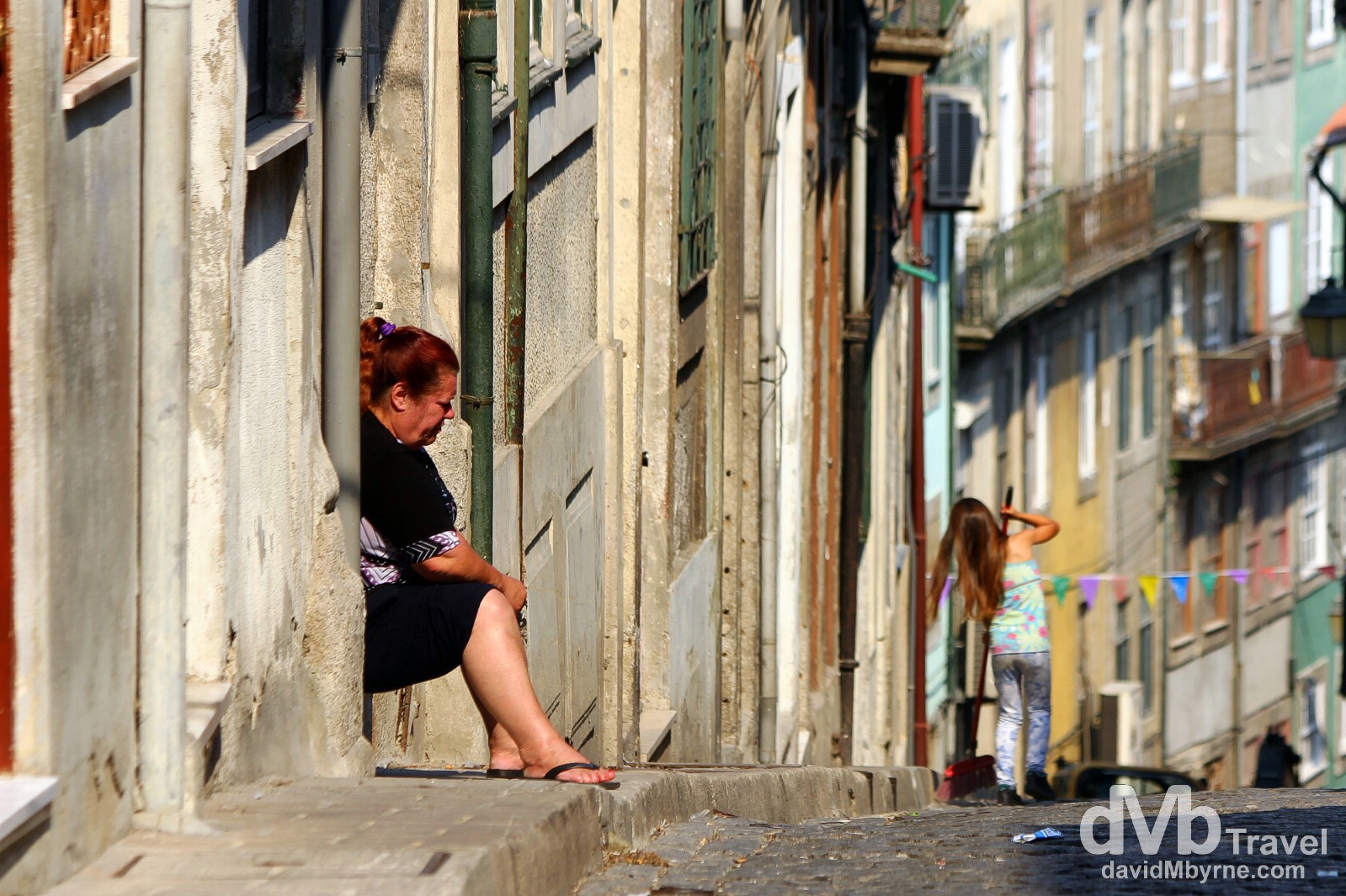 Portugal || A Wrap
There’s plenty to like about Portugal which means it’s very likeable: it’s historic with a unique culture & a unique look; it’s clean & reasonably priced; it has good food, beer & wine, & even better coffee; it’s laid-back; it’s people are warm and its climate even warmer; getting around is quick & easy; and it’s photogenic, especially at the golden hour. Portugal has been amazing and I now get all the hype.