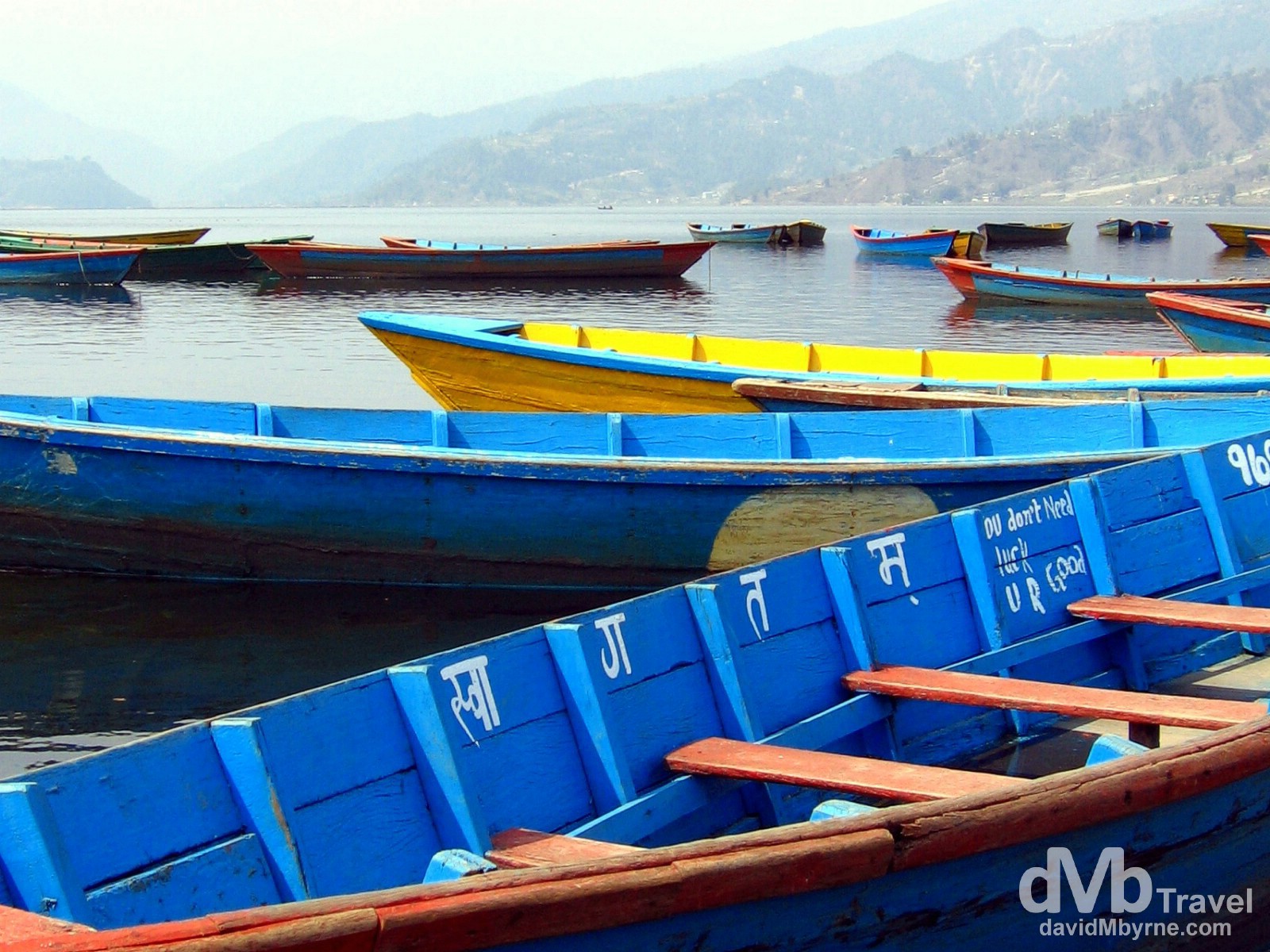 Taking a road journey in Nepal is quite the adventure, and always a long one. We left Kathmandu yesterday morning for the trekking mecca of Pokhara in central Nepal. We got the €4 `tourist´ bus for the 206 kilometres, 7 hour trip – you can easily spot a tourist bus as they are the ones that tend not to be too overcrowded and don´t have a few dozen Nepalese sharing the roof space with luggage & whatever else.

Yes, 206 kilometres, 7 hours. 7 hours to travel 206 kilometres should give you some indication as to what it´s like to travel on Nepal´s roads. Not that we´re complaining of course, as we happen to know that it used to be so much worse.

My first journey from Kathmandu to Pokhara (a vehicular road distance of 206km) in the year 1952 lasted 10 whole days. I had to walk the entire way, since the horse put at my disposal by the government was killed on the very first day during a difficult crossing of the Thrishuli river and I myself had only very narrowly escaped death.

Poor Toni, whoever he is, and the horse he attempted to ride in on. In fairness to the tarmac challenged, pot hole endowed Kathmandu to Pokhara road, the trip could be done in 5 hours if you take away the two 30-minute rest stops the bus takes on route, not to mention the hour we spent crawling through the street of Kathmandu for, traffic aside, no apparent reason, something that effects all Nepal´s buses, not just the `tourist´ ones.

Once we were on the road we were snaking our way in and out of valleys and gorges, following rivers and hilltops as we went. We were treated to some great views – rock gorges, precipitous hills, tiered rice terraces – as well as the antics of the many bus and truck drivers jockeying for position on the tight winding roads, horns blaring, seemingly oblivious to the bus load of passengers entrusted into their care (these guys are masters at playing chicken). Throw into the mix helmet-less motorbike maniacs and a few cows wandering aimlessly here and there and a simple 206km, 7 hour drive turns into a bit of an obstacle course, one we have to run again in 4 days’ time when we return to Kathmandu to get our Indian visas. 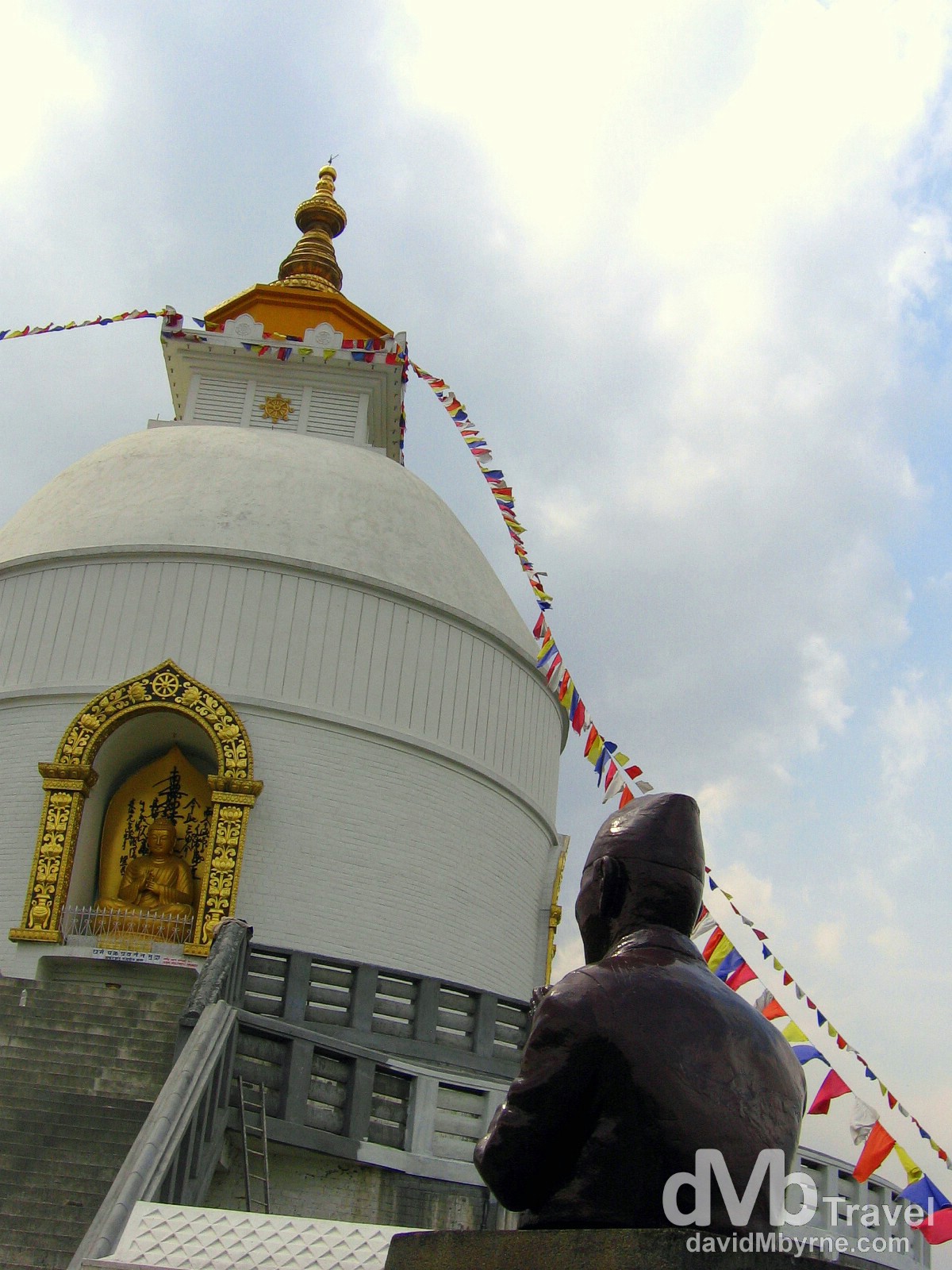 A Buddhist stupa on a hill in Lake Pokhara, Pokhara, Nepal. March 9th 2008.

Pokhara
So we got to Pokhara, Nepal´s lakeside tourist magnet, with numb bums but in one piece. We came here to see mountains and to spend a few days walking among them – it is, after all, one of the best trekking locations in the world. There are some big ones here; 3 of the world´s tallest peaks (meaning they are over 8,000 metres) are here, as is the Annapurna mountain range that makes an oh-so picturesque, tourist-drawing backdrop to the town. We know they are there because we´ve seen pictures of them on sale in every shop lining the Lakeside area of town we´re hanging out in. As yet we haven´t seen them with our own eyes as there is a haze, a mist (nope, for a change it´s not pollution) obscuring the peaks. It´s a consequence of the season – seemingly at this time of year, just weeks before the monsoon rains arrive, a mist hangs in the air. The rains, when they come, will wash all that haze away and present what everyone comes here for – gobsmacking views of the peaks surrounding the town. 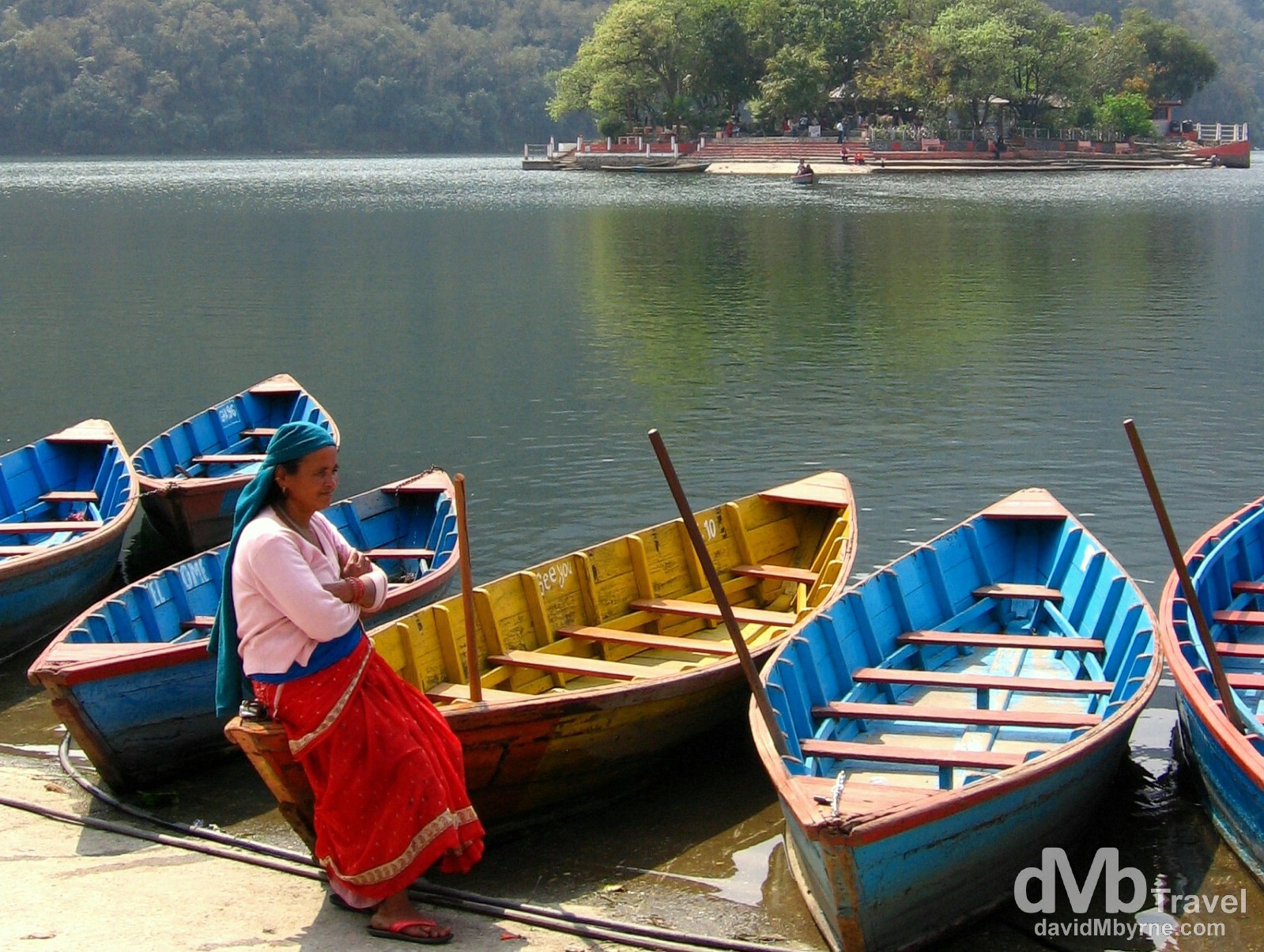