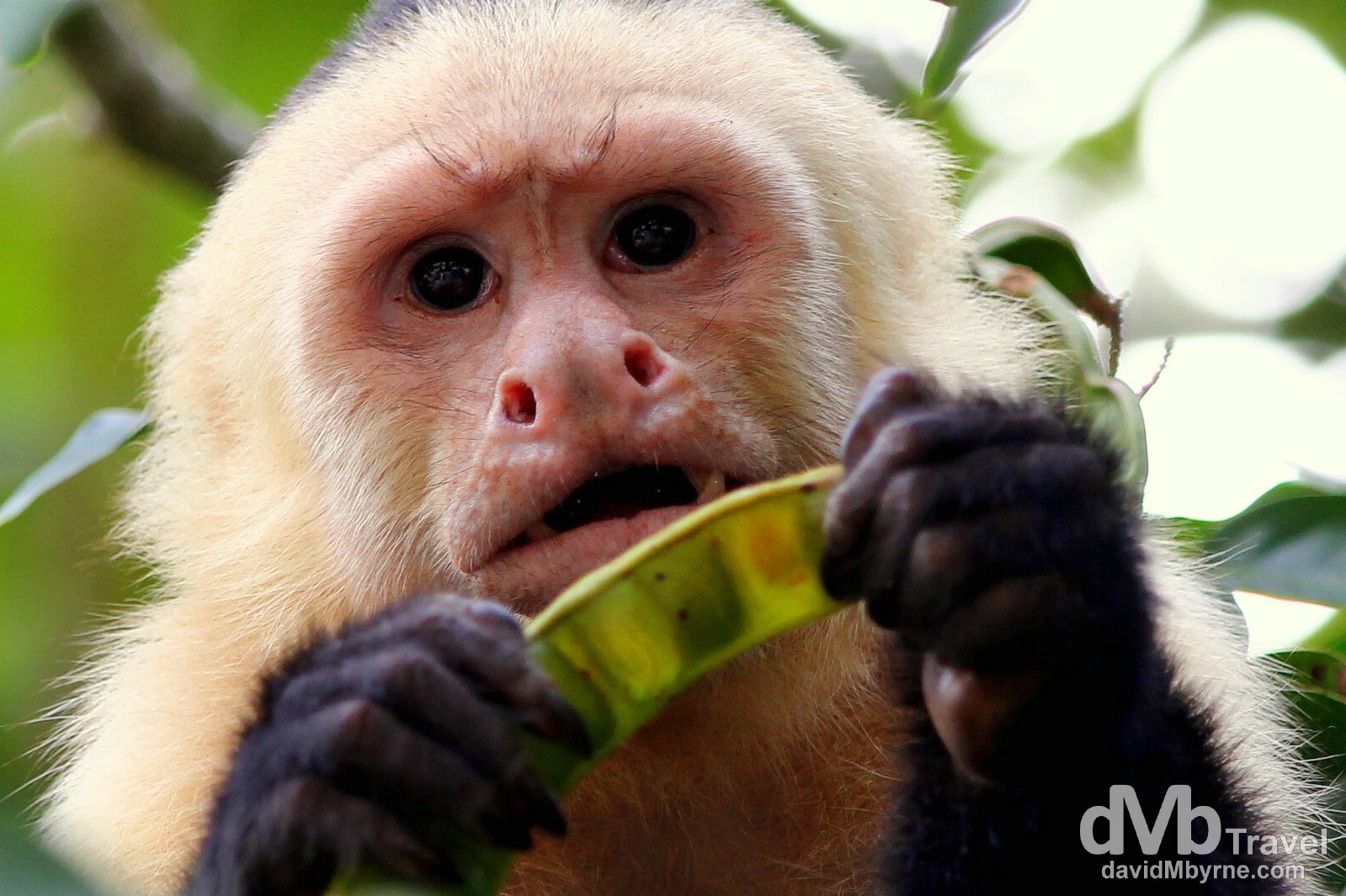 When I think Costa Rica I think flora, fauna, forest, rain forest – general ecology & bionomics. Therefore, even with the limited time I had at my disposal in the country I knew I couldn’t leave Costa Rica without spending some time traipsing around one of its many National Parks looking for/at wildlife. So today I did just that, sweating profusely in the process. 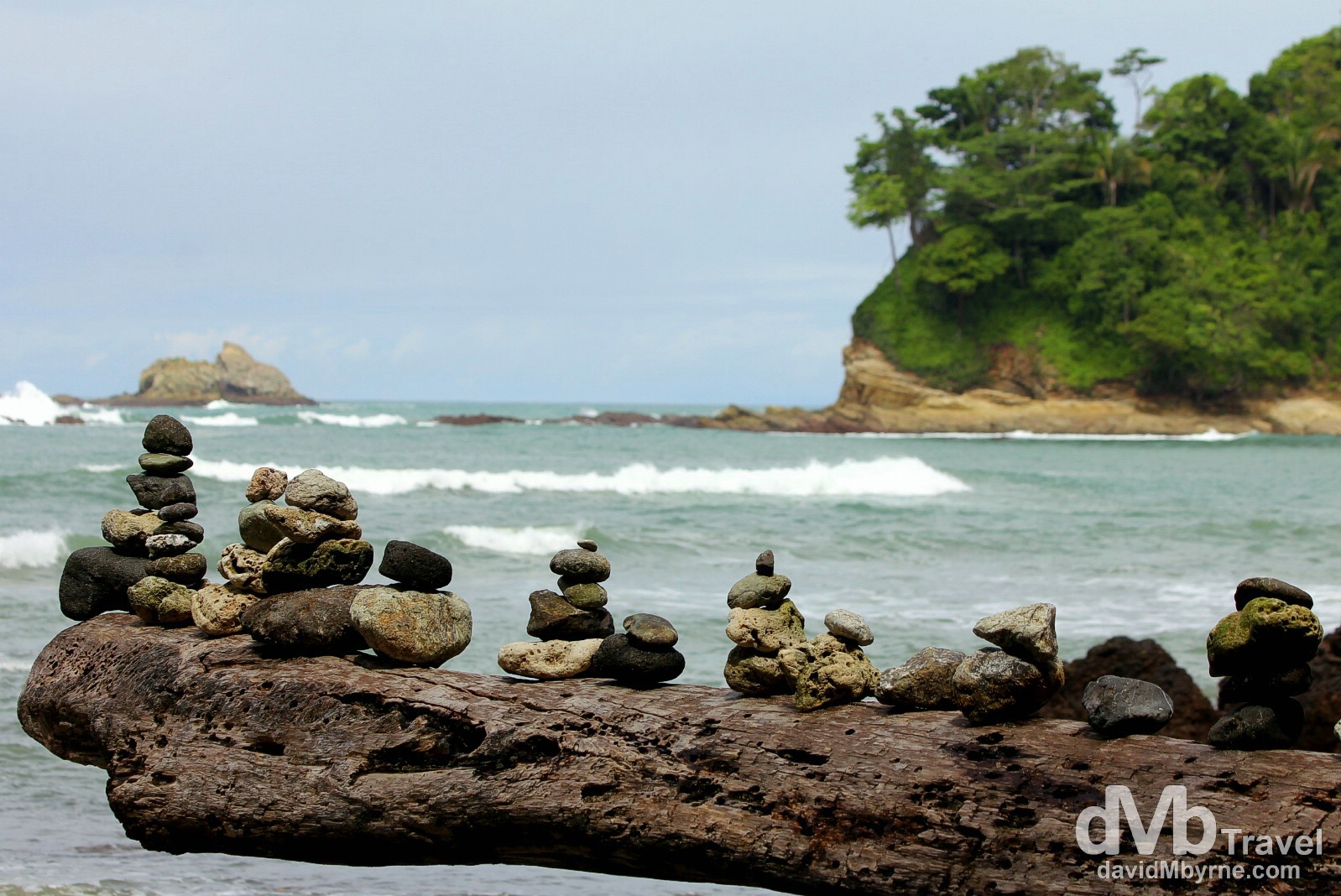 Costa Rica || Preconceptions
I had visions of what Costa Rica would be like before getting here. I expected it to be one big, humid 51,000 km² rain forest skirted with roads. And given what I’ve seen of the country so far (admittedly not much) that’s pretty much what it’s like. A country synonymous with ecology, Costa Rica has no less than 35 National Parks – speak to any proud tree-hugging, fresh air-breathing Tico and they’ll tell you that over 25% of the country is protected in some form or another. Of course all of this means that the diversity of flora (plants) & fauna (animals) found here is staggering. Also, wildlife sightings in the parks are virtually guaranteed, or so says all the tourist brochures. The park I chose to visit during my time in the country was Parque Nacional Manuel Antonio on the Pacific Coast.

I’ve been spoiled on my travels over the years so I don’t get terribly excited over monkeys these days (but a lot of camera-toting tourists on this particular day seemed to do just that) but I still made sure to point my camera at the mischievous, grumpy looking primate seen above as it was sitting in one of the trees in Parque Nacional Manuel Antonio, Costa Rica. June 26th 2013.

Parque Nacional Manuel Antonio
At just over 4,000 acres, Parque Nacional Manuel Antonio is the second smallest national park in the country. It’s also one of the country’s most popular parks, not the best of combinations. It reads like quite the attraction – a rain forest reaching the Pacific coast creating a stunning, coconut-filled paradise teeming with wildlife & with well-marked trails, panoramic Pacific coastal views & white-sand beaches. It didn’t disappoint and I enjoyed the 3 hours or so it took me to slowly meander around the (I’d guesstimate) 5 to 6 kilometres of (well-worn) park trails. 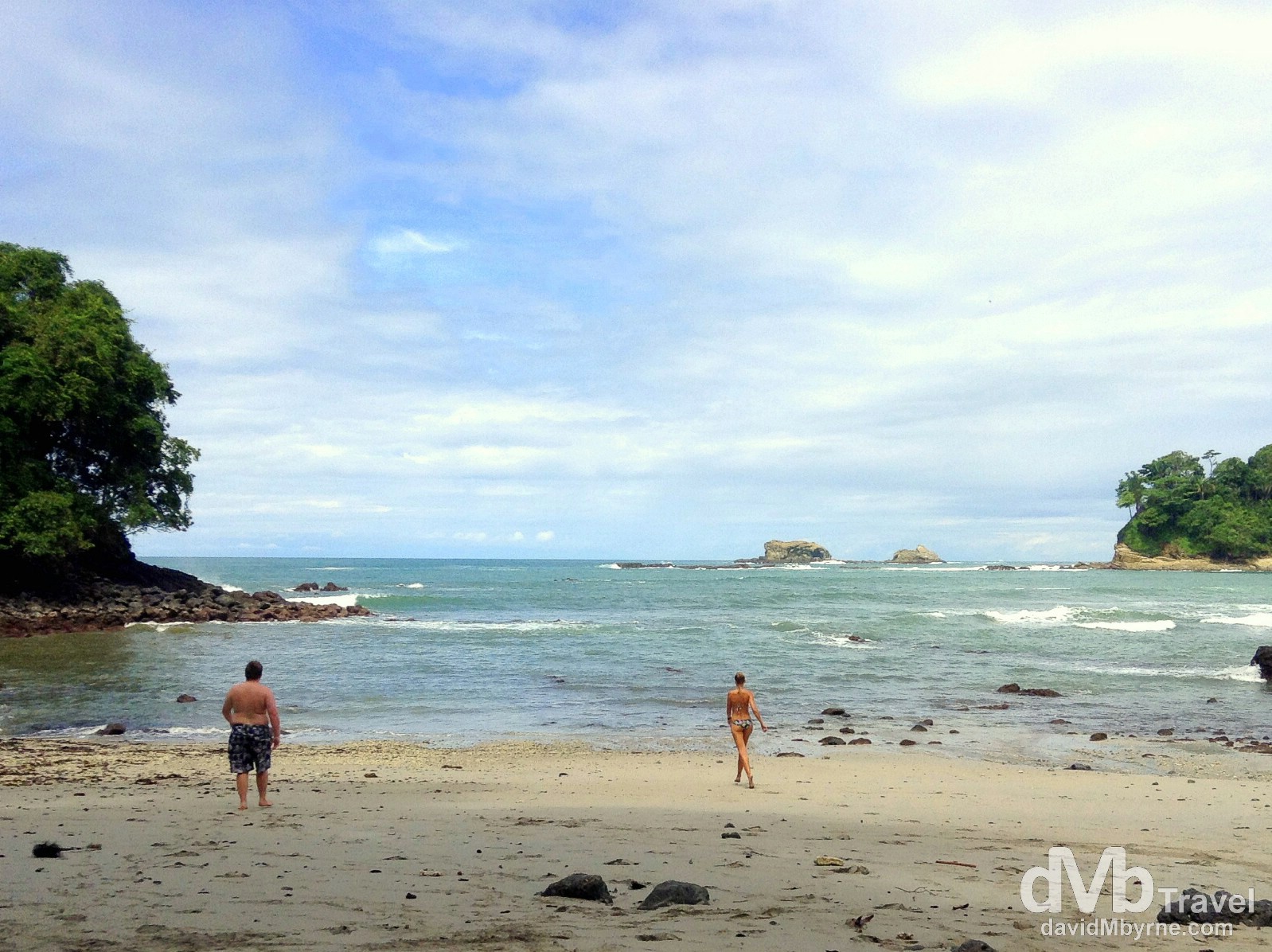 Sloth || The Mammal, Not The Deadly Sin

1. Any of several slow-moving arboreal mammals of South America and Central America; they hang from branches back downward and feed on leaves and fruits. 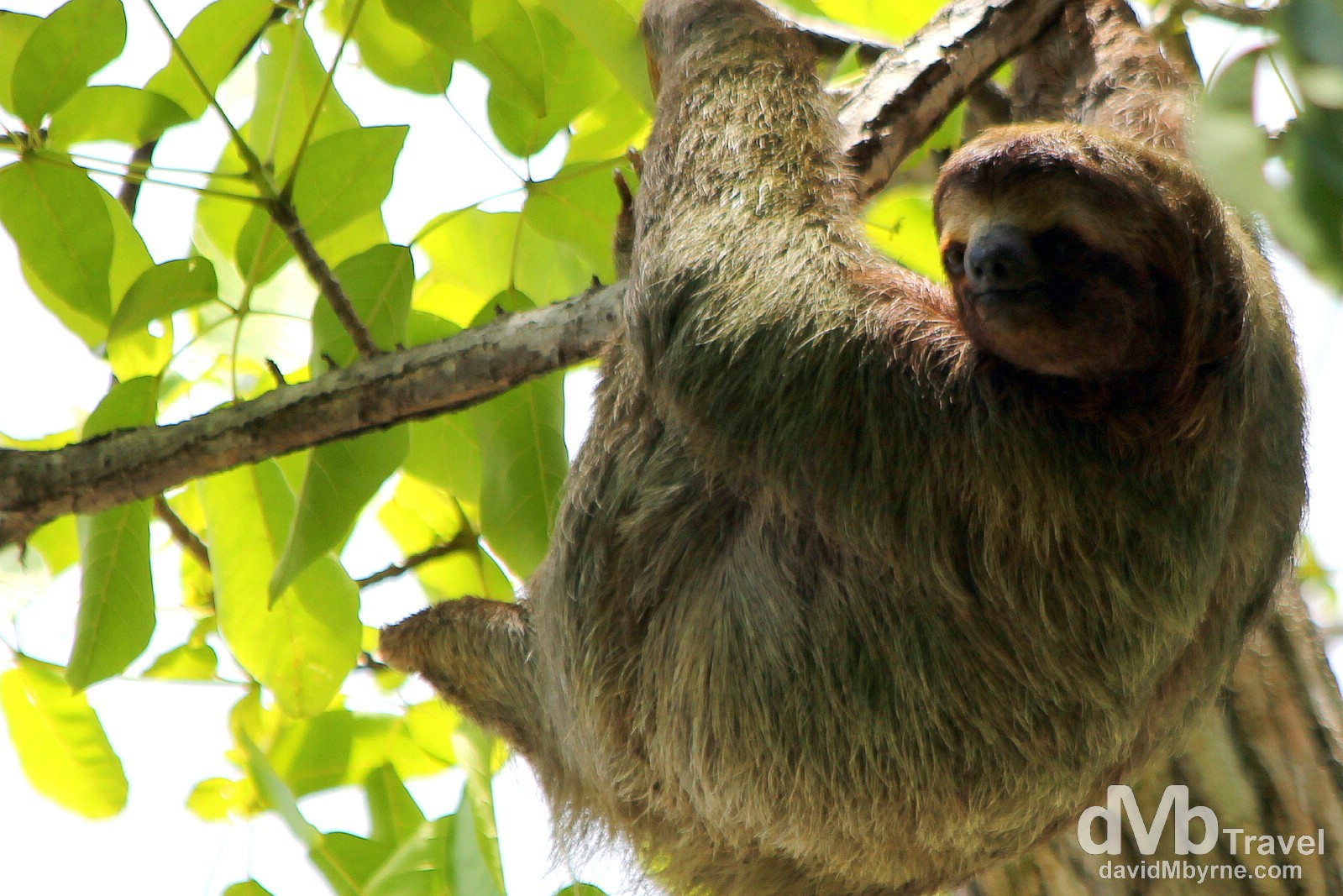 A Sloth is an uber-elusive creature so spotting one, even from afar, was a treat & definite highlight of my trip to the park. Although unable to survive outside the tropical rain forests of South and Central America, within this environment sloths are outstandingly successful creatures. They remind me of the Panda or the Australian koala – their diet of (mostly) leaves provides very little energy & they deal with this by having a very low metabolic rate (less than half of that expected for a mammal of their size) and by maintaining a low body temperature. Again, and just like those mammals on the beach, these guys seem to have the right idea for how to handle the Costa Rican heat. This sloth was high in a tree and my view was mostly obstructed by foliage. The picture, captured at full zoom, is soft but it’s still the best image I have of one of the Americas most unique & elusive animals.

Manuel Antonio
Tonight will be my second of 2 nights in the small village of Manuel Antonio, just outside the park of the same name. It’s a small but lively enough place with more than a few accommodation, dining & drinking establishments. It’s a nice place to spend a few days and needless to say it’s offers convenient access to the neighbouring park. 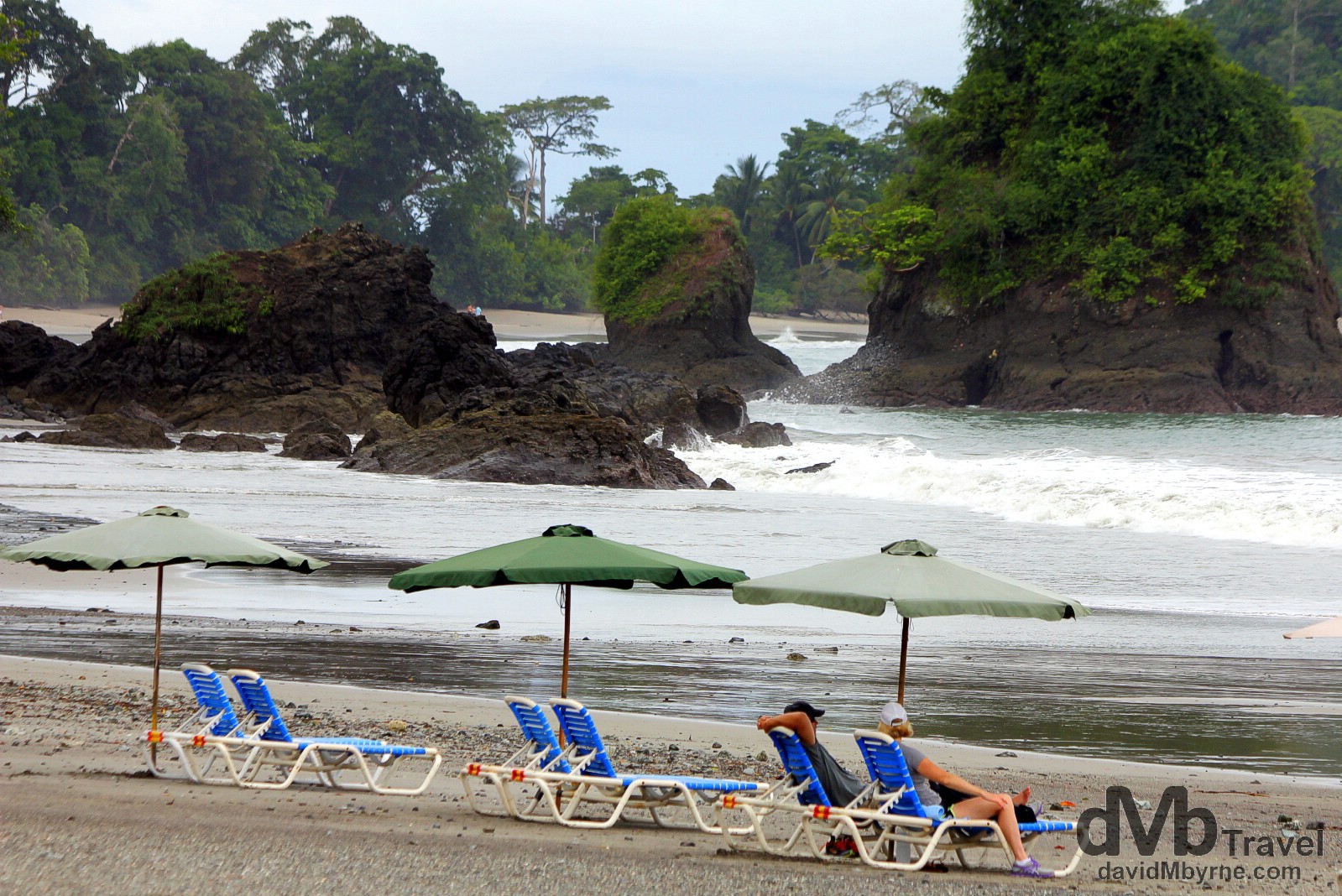 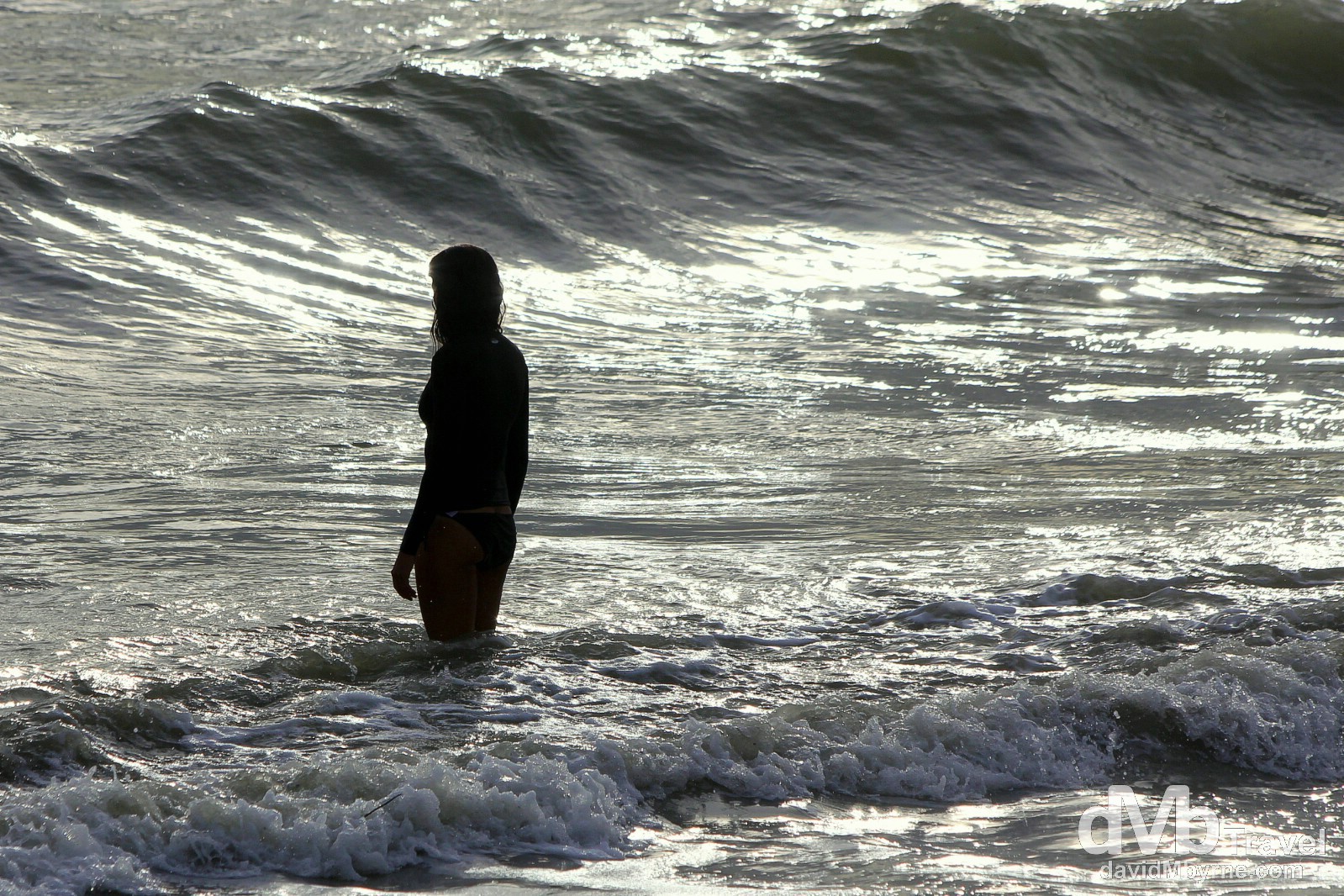 Panama || Moving On
Tomorrow I’ll be attempting to cross over into Panama, my seventh & final Central American country. I enjoyed my limited time in Costa Rica. As my first stop after Nicaragua, my favourite Central American country thus far, it was always going to struggle. But it did OK. It did good. I did’t spend anywhere near long enough here but I still feel I got a good appreciation for the country (I saw a sloth). It, & more than any other Central American country to date, has left many reasons for returning. I suspect Panama will, too.