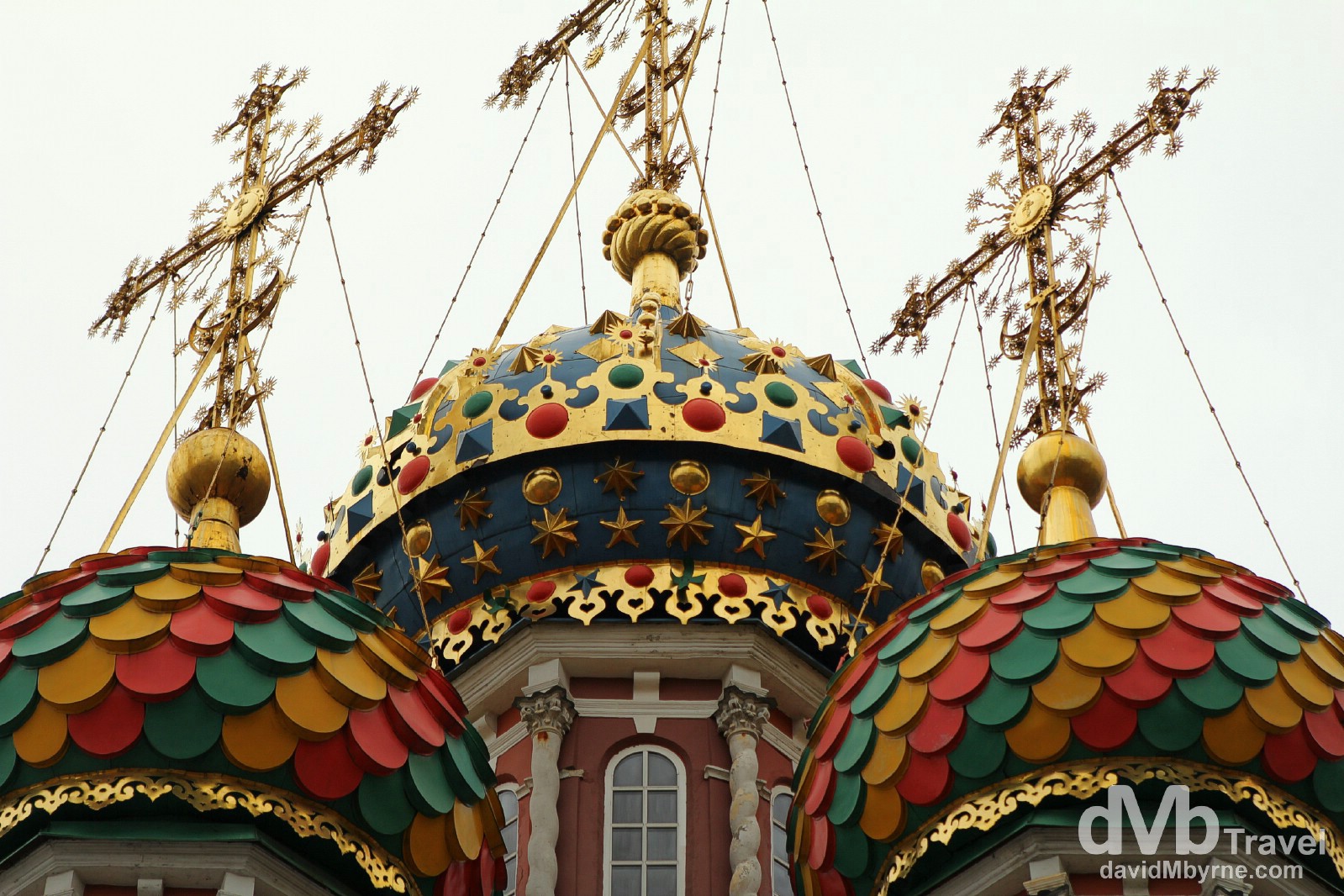 I spent two days on a Russian train, covering some 3,200 kilometres & crossing from Siberia (& Asia) into European Russia in the process, to get here to Nizhny Novgorod, a major transport & industrial centre & my first stop in European Russia on this, my second east to west trip across the world’s largest country. Nizhny, as it is colloquially known, is one of the oldest cities in Russia & its fifth largest with a population of over 1.2 million. 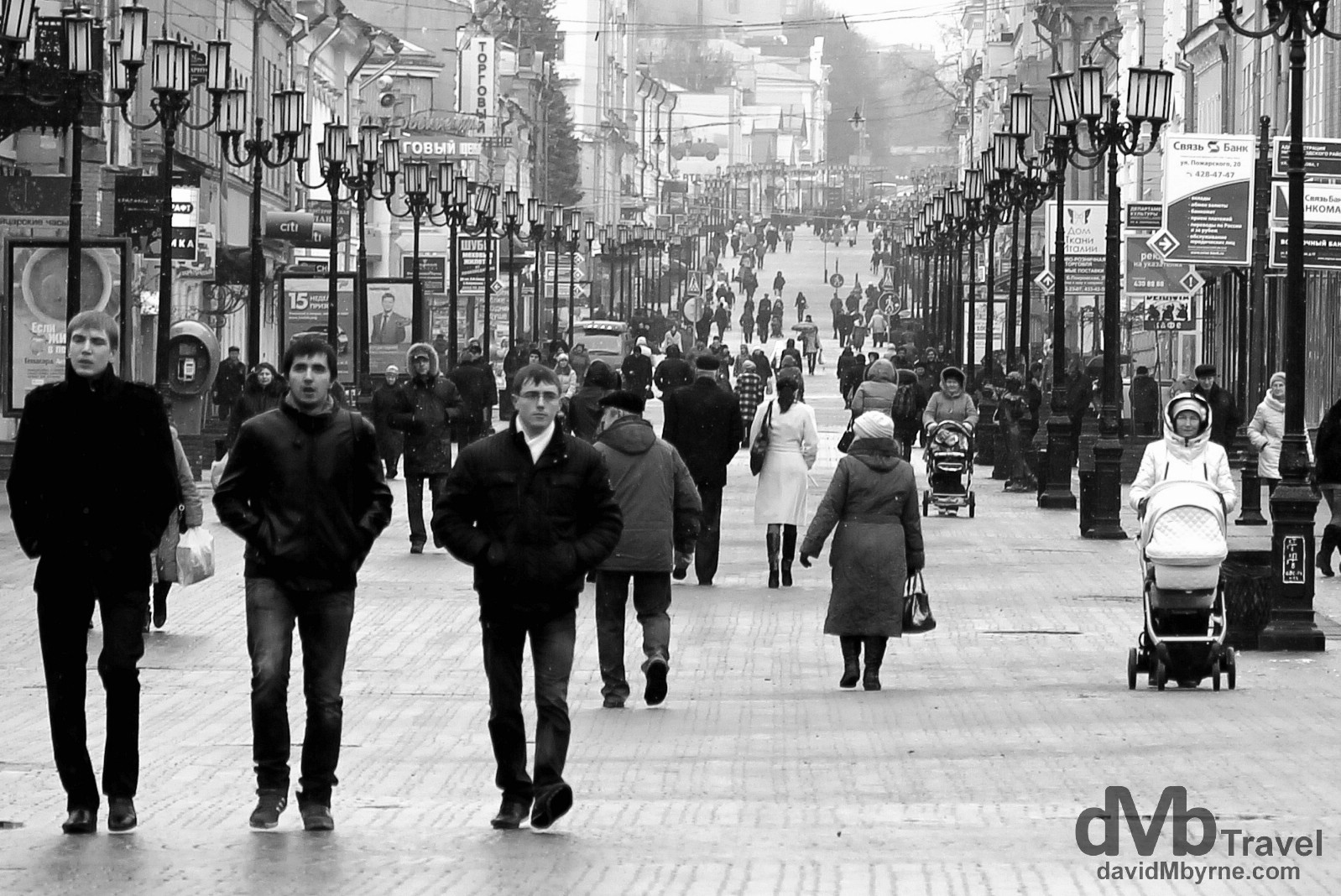 Siberian vs. European Russia
Shortly after disembarking the train in Nizhny I was reminded just how different the European Russian beast is to the Siberian one. It’s different in the sense that it’s warmer/milder (my Siberian wardrobe is a bit of overkill here) & there’s a proliferation of western conveniences – you’re never too far from a SPAR store or, & worse still, a McDonald’s, neither of which I saw in Siberia. Of course it may be different but this is still Russia so some things haven’t changed. The weather is still God-awful & it’s miserable & overcast on a daily basis (except it’s rain that’s falling from the dull skies now, not snow) & there are still glum-looking Russian milling about, many more than there were in Siberia. Oh, and there is still the odd (as in indefinite quantity) Kremlin here & there & of course there are still churches everywhere you look – Nizhny’s impressive collection of amazing churches and its ancient Kremlin combine to showcase its medieval roots. 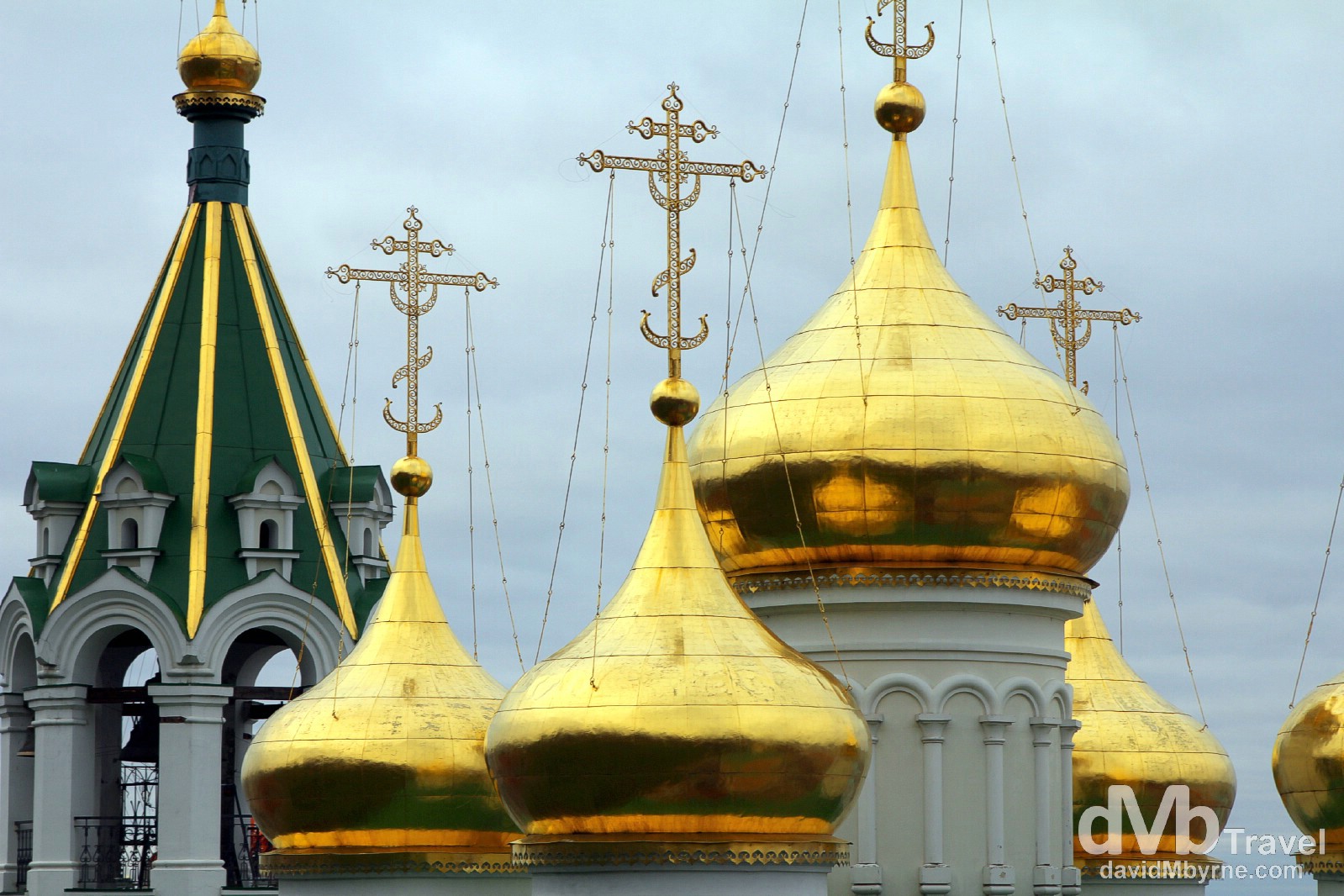 Gold Onion Domes, shaped so as to inhibit the accumulation of snow during bad weather. Quintessential Russia (minus the snow – it’s coming). I have 2 different guidebooks with me, an e-Lonely Planet & Bryn Thomas’ well-known Trans-Siberian HANDBOOK. Nizhny Novgorod is a big enough city (as already mentioned it’s the fifth largest in all of Russia), big enough to warrant a city map in both books. But the church sporting the gorgeous, oh-so Russia onion domes in the above picture didn’t even receive so much as a miserly map icon in either book. Not to rib on the books of course because with so many it’s really not practical to list every church in a Russian city on a guidebook map. Nizhny Novgorod, Russia. November 14th 2012.

The church that claim these stunningly decorative onion domes was on both maps, and for good reason. The Baroque Church of the Nativity of Our Lady, is probably Nizhny’s most visually pleasing house of worship. It’s also known as the Stroganov Church, after its builders, the Stroganovs, a family of highly successful Russian merchants, industrialists, landowners, and statesmen who, since the reign of Ivan the Terrible, were the richest businessmen in the Tsardom of Russia. They were responsible for the construction of some of the most original and delightful churches in the city, none more so than this. Underwritten by the Stroganovs in 1697, it was originally erected as a house church in the urban homestead. Its latest restoration was carried out in 2003 and it looks stunning, even set against dull, overcast skies. Nizhny Novgorod, Russia. November 14th 2012. 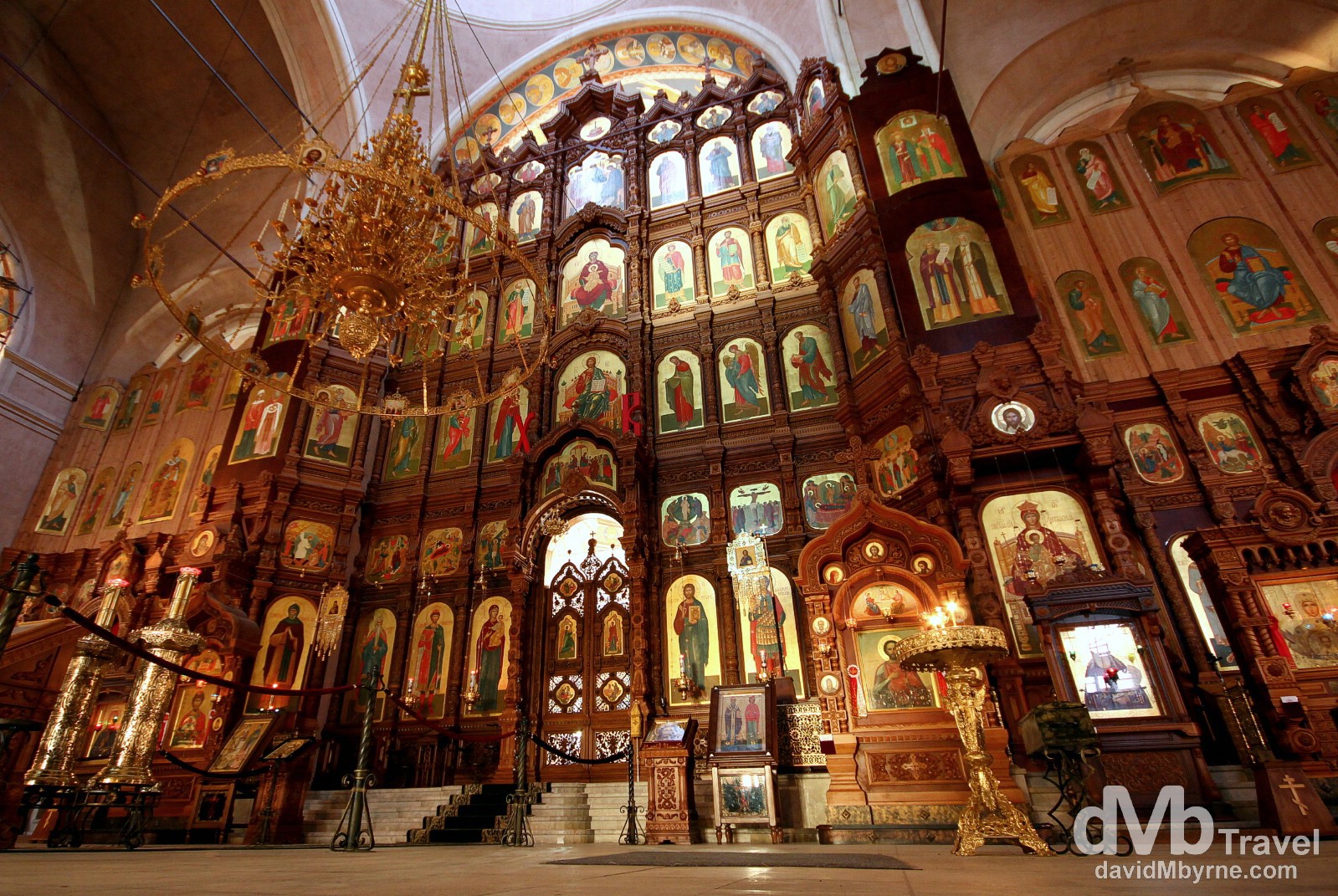 In most Russian churches interior photography is prohibited. Not so here, the 1867 Alexander Nevsky Cathedral, a massive cathedral on the banks of the city’s Oka River. This picture shows a section of the interior iconostasis, walls of icons & religious paintings separating the nave from the sanctuary in a church of Eastern Christianity. The New Fair Cathedral (Alexander Nevsky Cathedral) Nizhny Novgorod, Russia. November 14th 2012.