I‘ve been visiting the South Korean Capital of Seoul on & off since early 2003. I even lived in the city full-time for a period of almost 3 years. However, prior to yesterday I had never so much as laid eyes on the city’s National Museum of Korea, the country’s flagship museum. And given the museum’s size that’s quite the (embarrassing) accomplishment. 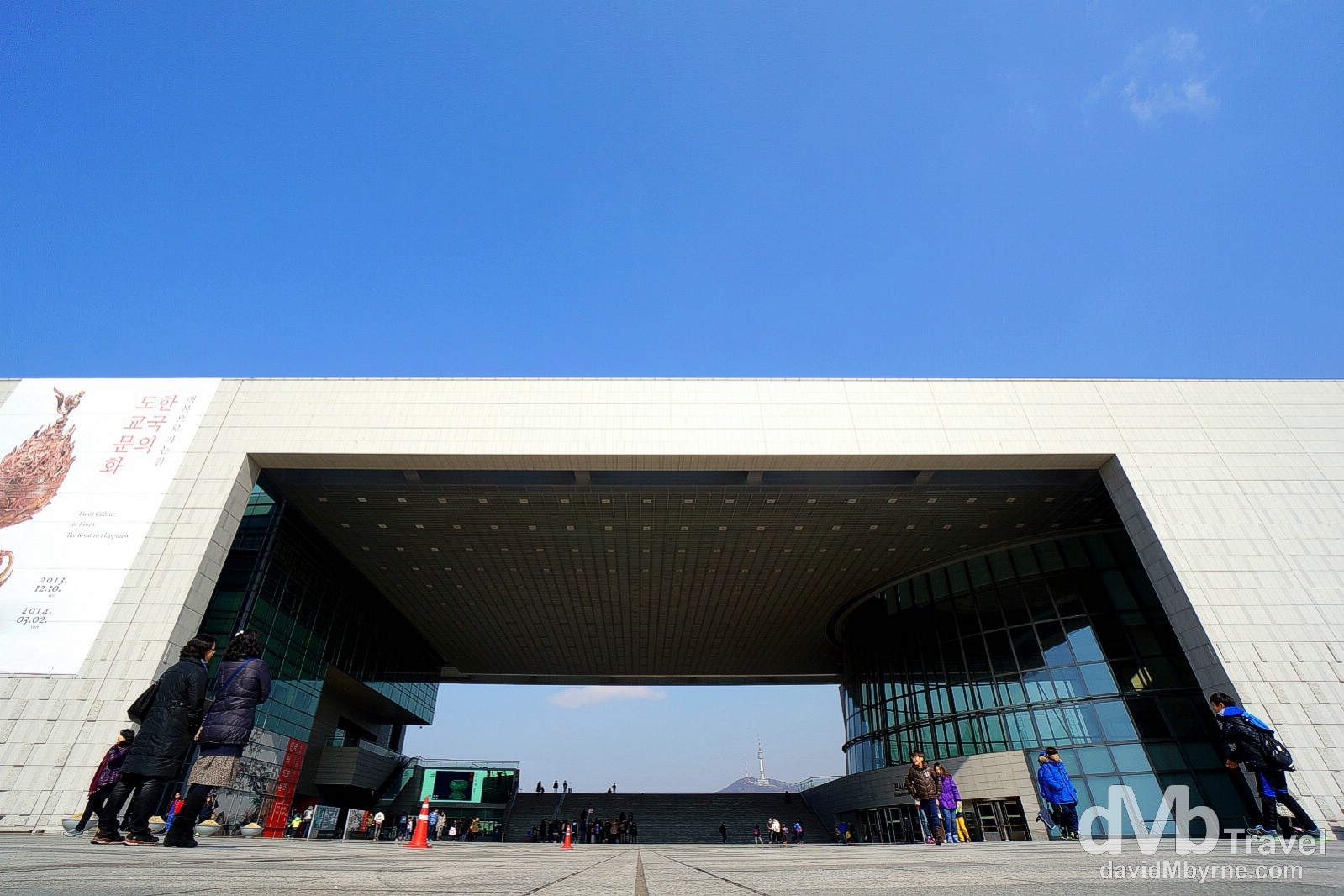 The National Museum of Korea (

There has been a National Museum of Korea since shortly after South Korea gained independence from Japan in 1945. However, this building, located on the site of a former US Military base golf course, didn’t open until 2005. The museum holds over 310,000 pieces across three floors & its 295,000 m² of exhibition space makes it the sixth largest museum in the world. Symbolically, the left of the museum represents the past while the right represents the future. The following iPod panorama shows that the Koreans are clearly looking to the future and given their current economic might, not to mention their rocky & tormentous past, who can blame them.