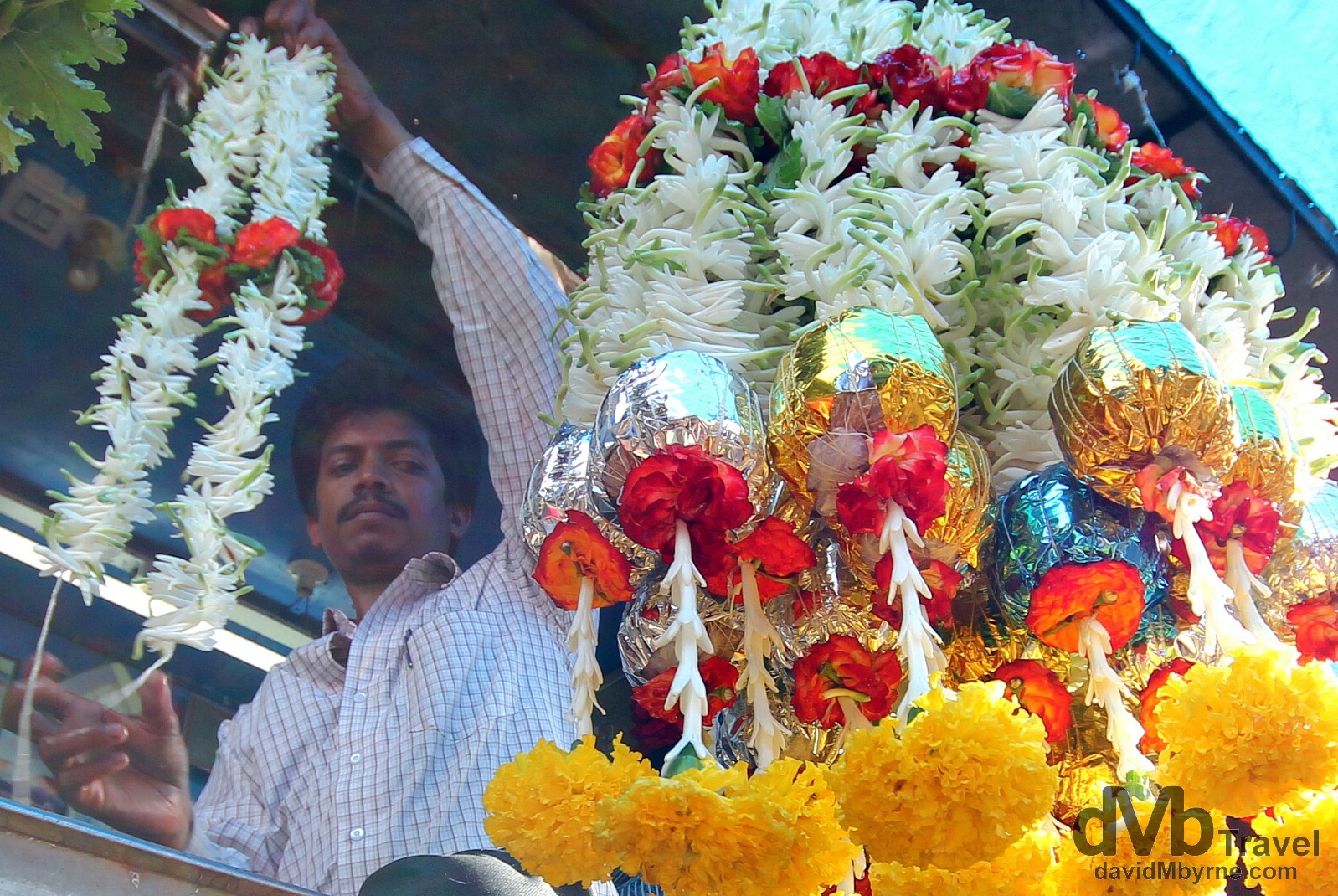 Mysore, in the southern Indian state of Karnataka, has a few things going for it but few look beyond its fabulous palace, a dynastic seat of power right up until Indian independence from the British in 1947. And for good reason – it’s pretty special, easily one of India’s finest buildings. 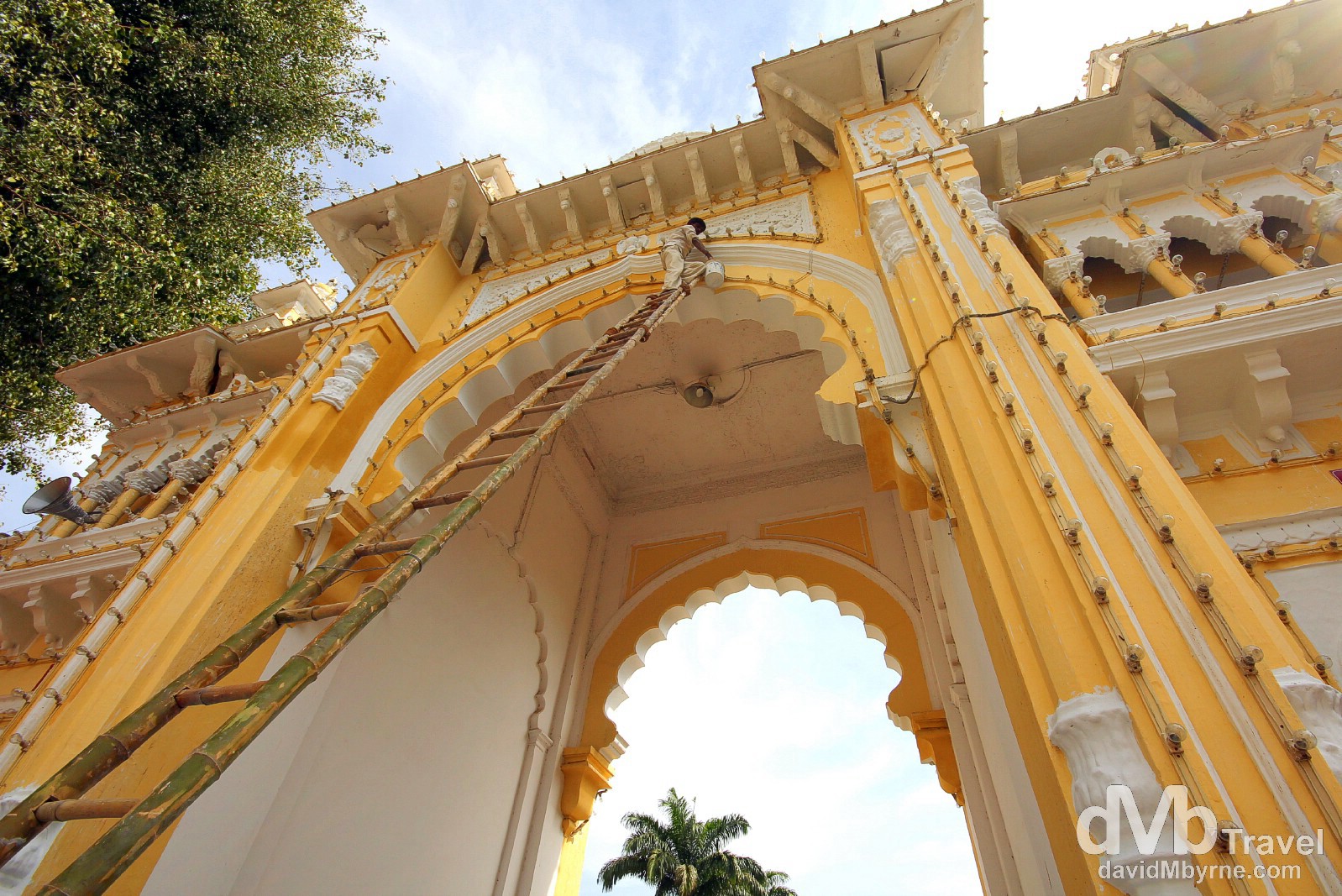 A long way up, & down. Disregard for workplace safety while performing upkeep on a gate in the grounds of Mysore Palace / Amba Vilas Palace, Mysore (

The Palace of Mysore, also known as the Amba Vilas Palace, is one of India’s most stunning buildings & I came here off the overnight bus from Fort Kochin (Cochin), Kerala, specifically to see it. And see it I did, taking away from it nothing but cranial memories, not digital ones – cameras weren’t allowed inside, where the palace is at its gaudy best, so I was prohibited from photographing it. That was probably for the best & no doubt made the visit more enjoyable – trying to photograph the palace’s magnificent over-the-top grandeur would have been a challenge, one that would have given me heartburn of vindaloo proportions. But that’s OK; as it turned out there were other things to point my camera at in Mysore, the third largest city in Karnataka.

One of India’s most colourful & lively bazaars. 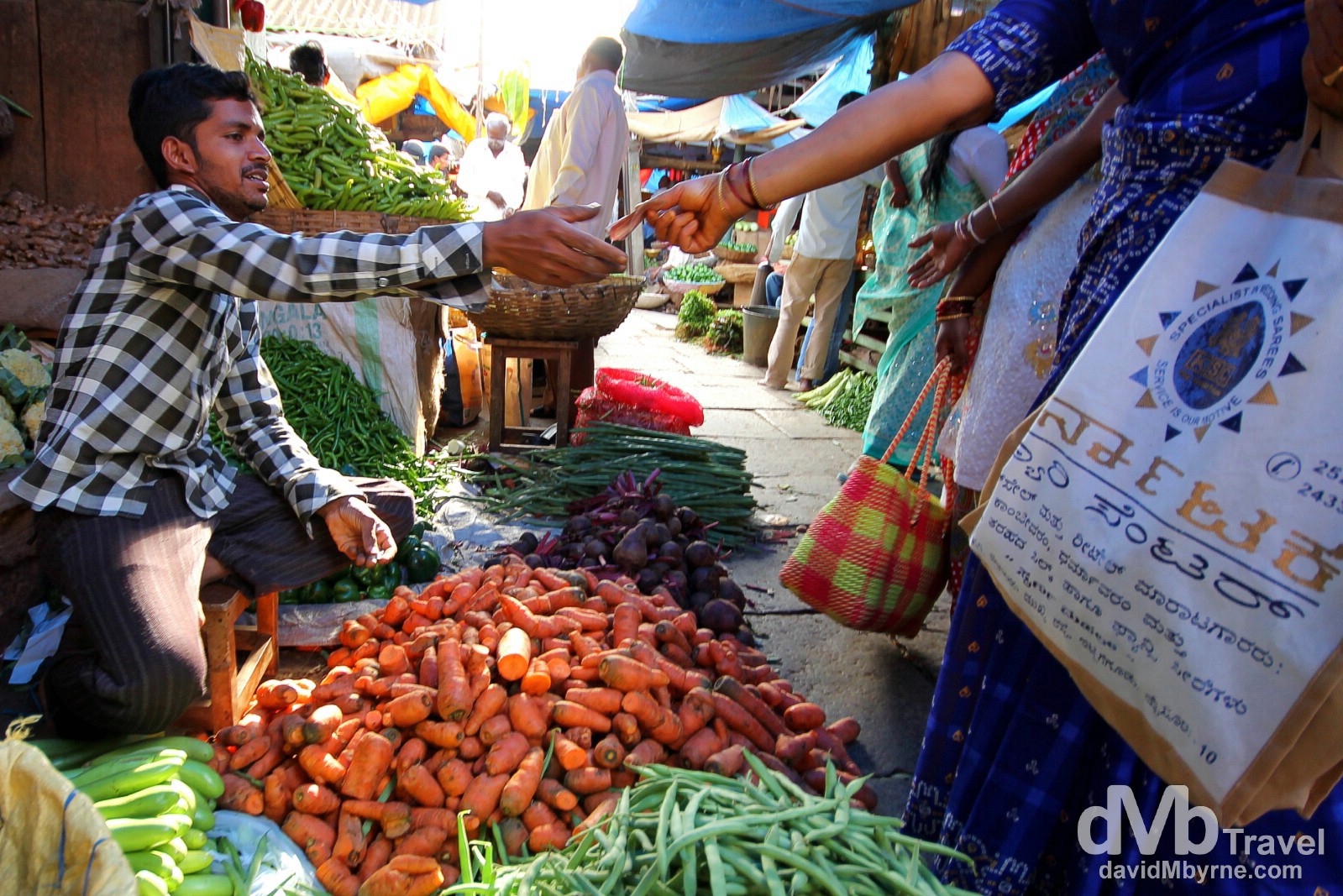 Lonely Planet weren’t wrong as the market was indeed (very) colourful & was indeed (very) lively. I had a lot of fun in here with my camera but at times felt overwhelmed; it was one hell of an assault on the senses.

Making garland in Devaraja Market. Mysore is colourful & heavy on the nose. The city is one of India’s incense manufacturing centres & thus you’re never too far from someone, young or old, chaining a fresh flower garland or rolling incense sticks. Fragrant oils are also widely available & readily peddled on tourists. Shortly after taking this picture I found myself sitting in a small, backstreet shop being subject to the hard sell of various fragrant oils from Mr. India 1982 – he showed me a picture & a write-up, in French of all languages, but I still had my doubts. Time hadn’t been kind to him. I ended up there after following Max, my new Indian best friend who introduced himself to me on the streets outside the market, to the promise of visiting a local incense stick making operation. I left questioning as to whether I purchased the 10 ml rollerball vial of beautifully-smelling Indian Lotus Oil wrapped in cotton wool & newspaper that I did purchase out of an obligation to do so (& to get out of there) or out of a genuine desire to own it. The jury is still out on that one but I’ve no doubt the 460 rupees (€6.5) the vial cost will end up being the best bargain of this trip to India. Mysore, Karnataka, India. September 21st 2012

Other images I captured on the busy streets of Mysore. 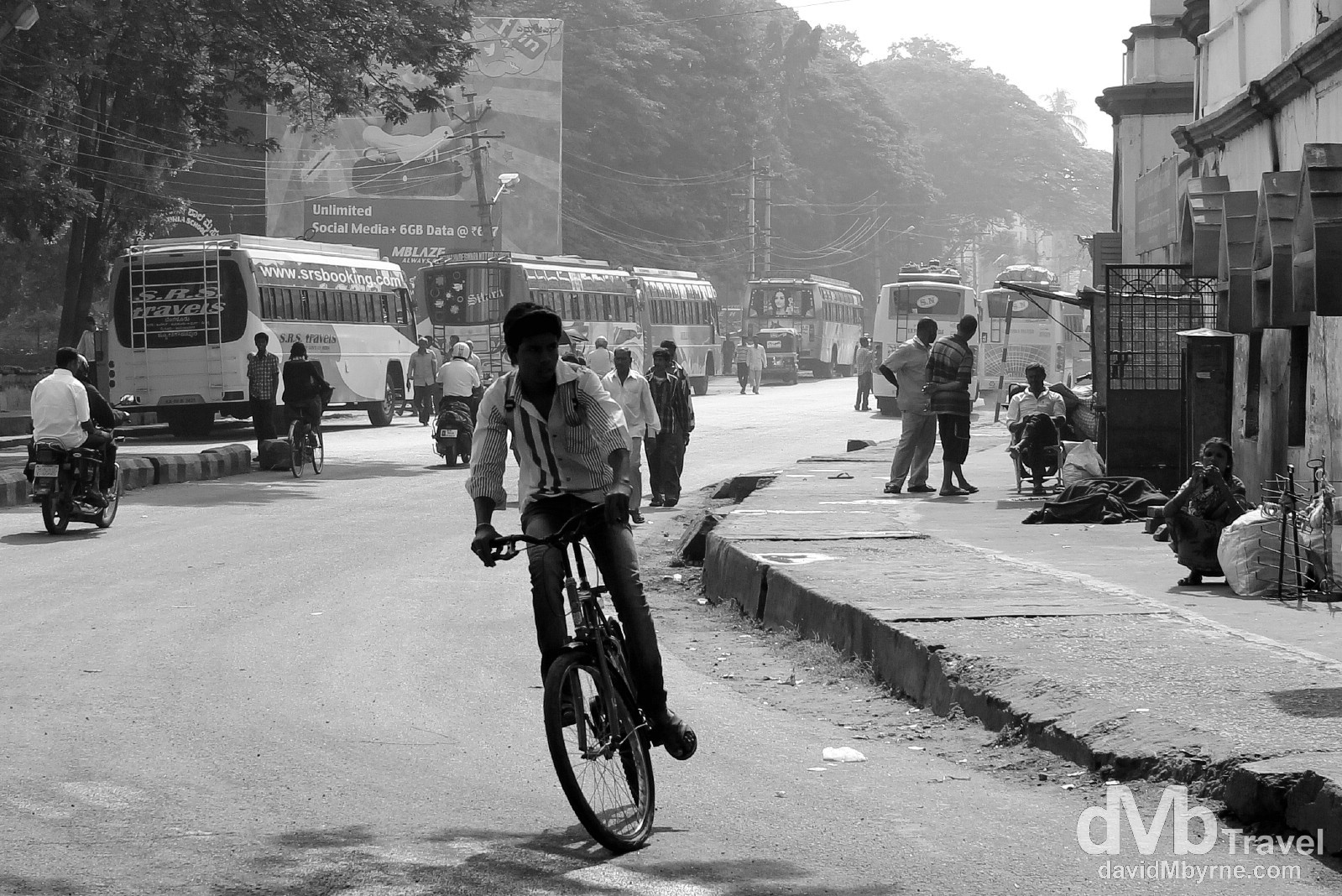 On the streets of Mysore, Karnataka, southern India. September 21st 2012. 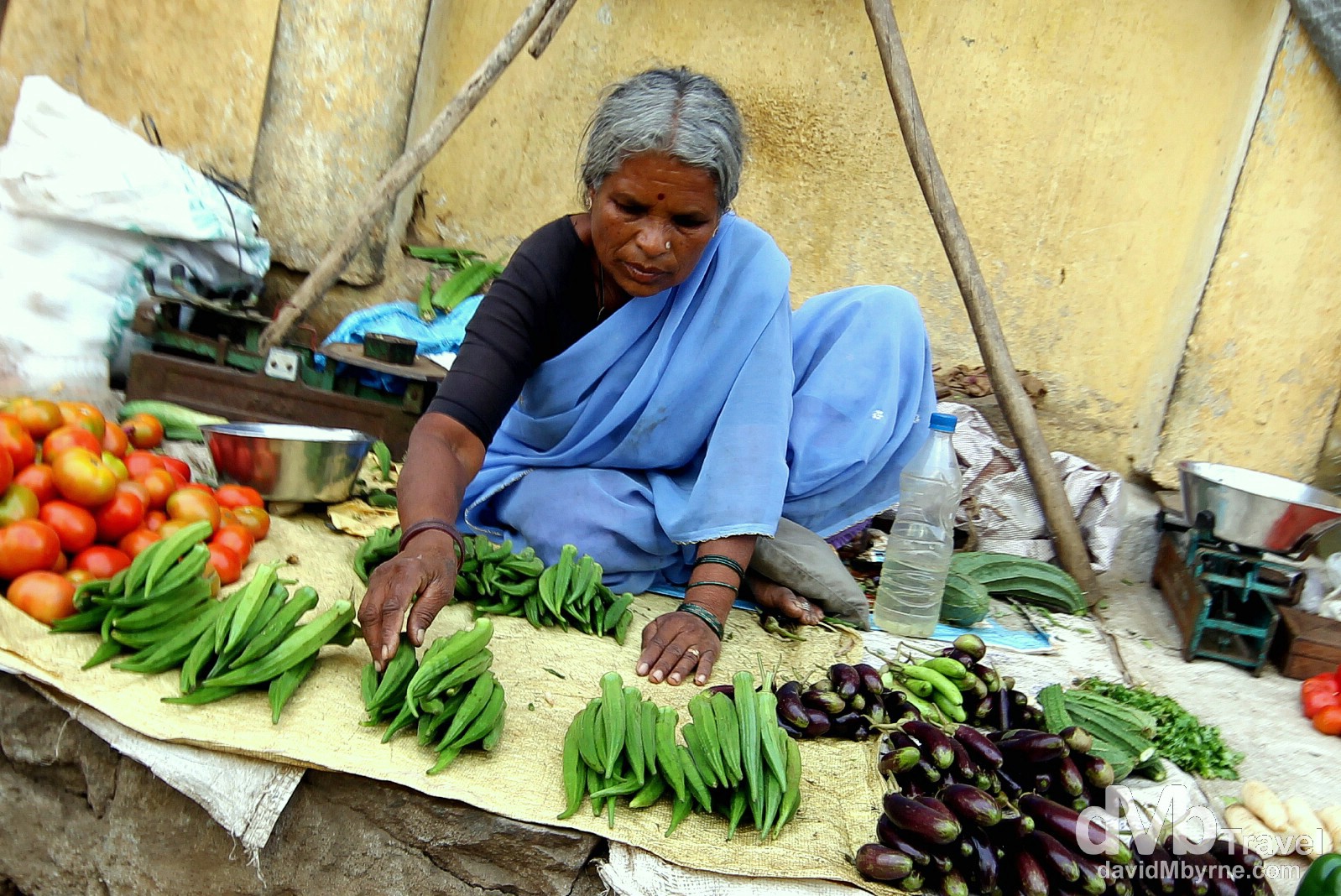 A trader on the streets of Mysore, Karnataka, southern India. September 21st 2012. 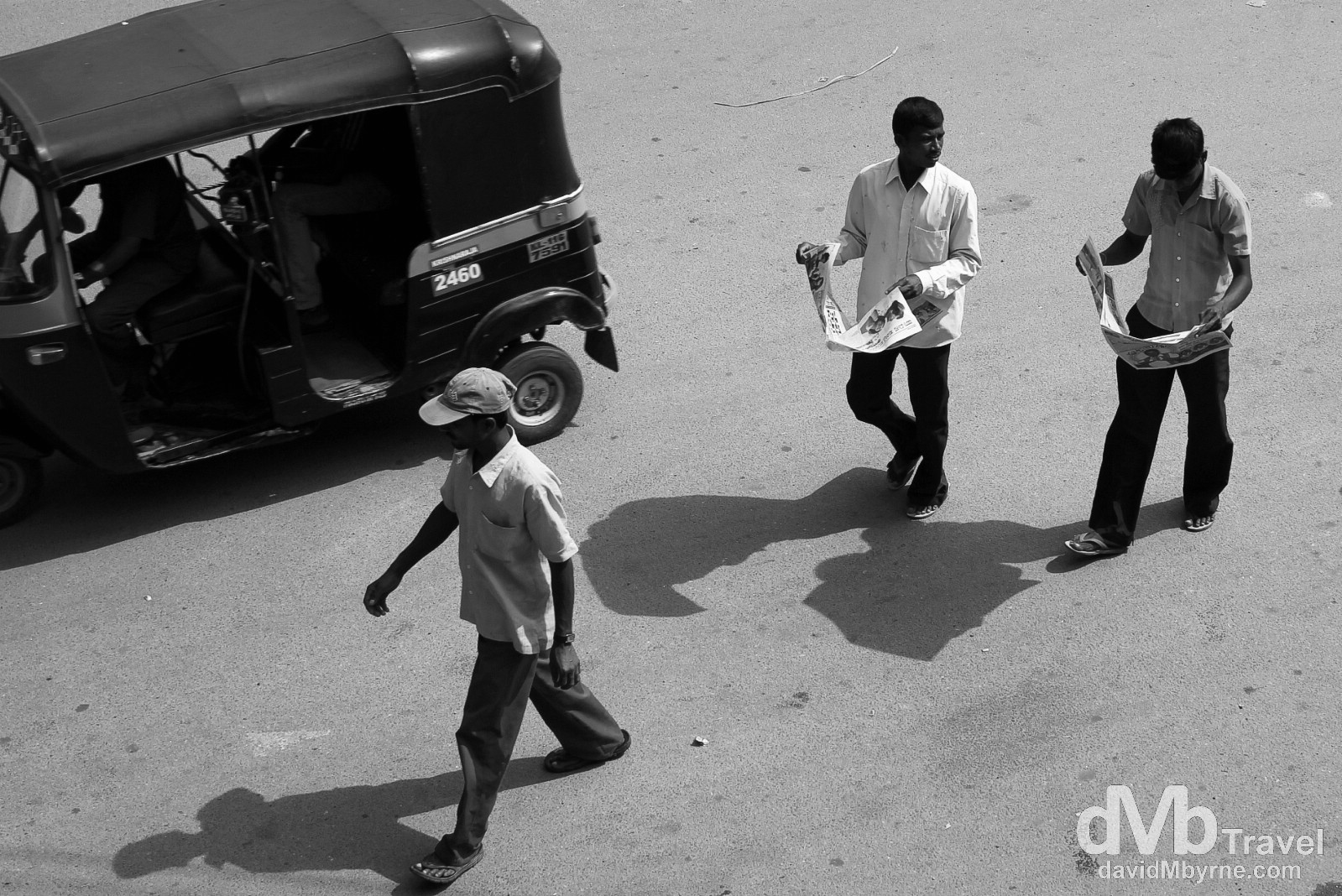 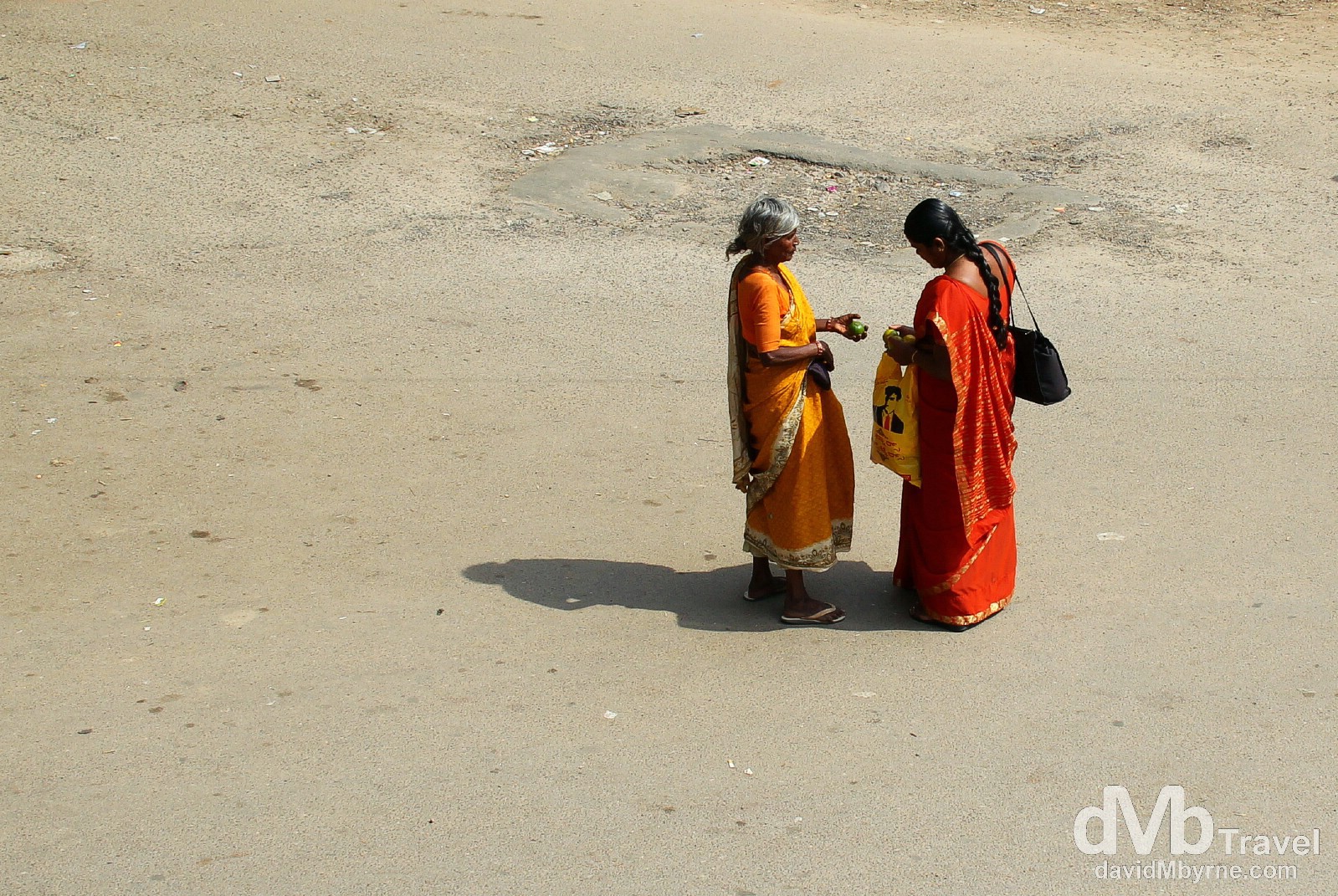 On the streets of Mysore, Karnataka, southern India. September 21st 2012.

Moving On
I leave Mysore in a few hours on the overnight bus north to Hampi, somewhere firmly on the tourist trail. Tonight’s bus, unlike the overnight bus I took a few nights ago from Fort Kochin (Cochin) in Kerala, is an actual sleeper bus providing actual sleeping berths (or so I was led to believe). Of course I don’t expect to sleep all that much on the 9 hour trip (sleeper berths or no it is still a bus riding Indian roads, after all) but the lower-level berth I’ve paid 500 rupees (€7) for does sound inviting.