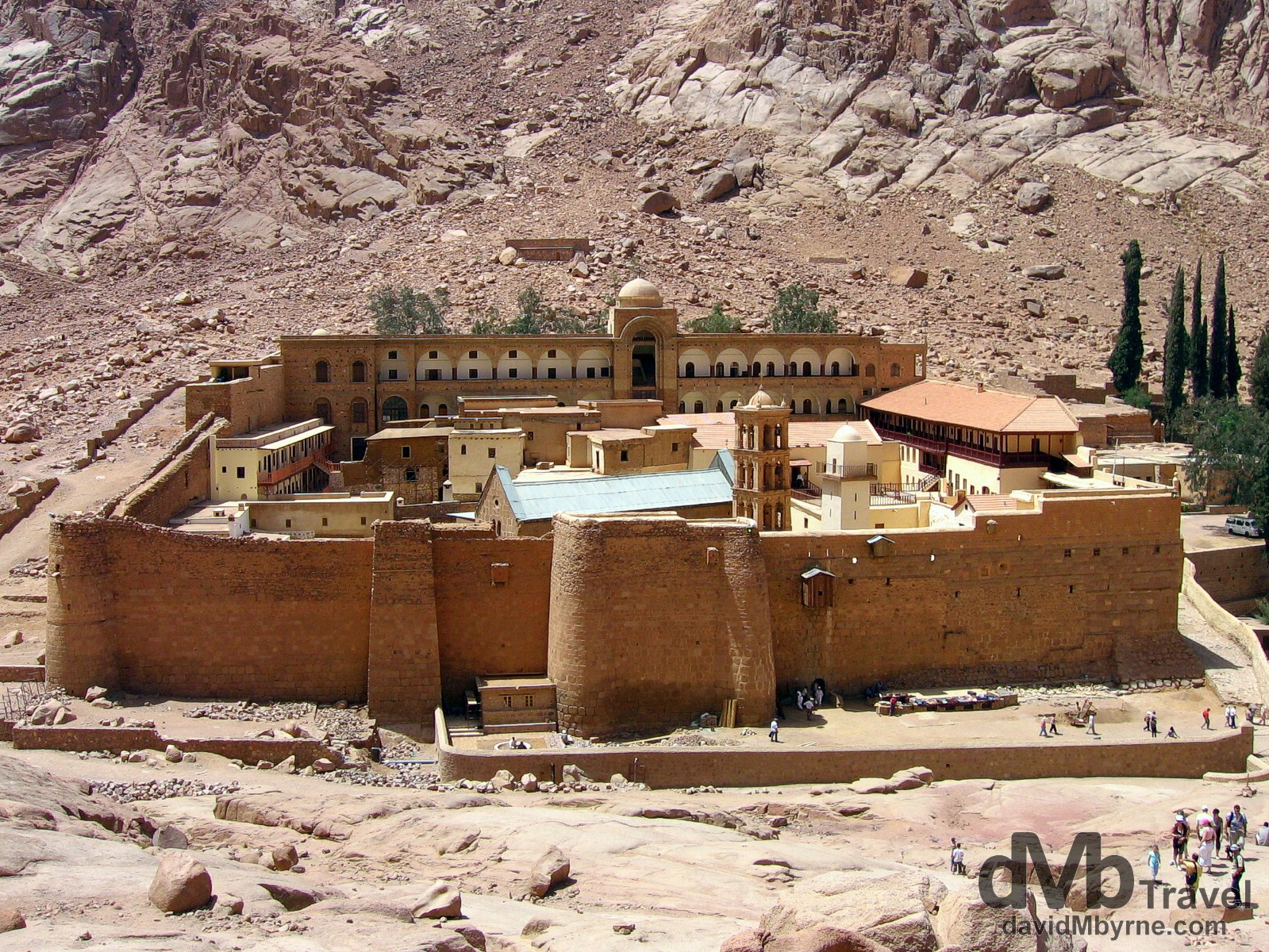 Although some archaeologists and historians dispute Mount Sinai’s biblical claim to fame, it is revered by Christians, Muslims and Jews, all of whom believe God delivered his Ten Commandments to Moses on its summit.

St. Katherine’s Monastery, and the adjacent Mt. Sinai, are located in the interior of the Sinai Peninsula in Egypt. This is one of the oldest continuously functioning Christian monasteries in the world; the Byzantine empress Helena had a small chapel built on the site where it was believed God spoke to Moses via the burning bush. The monastery, a UNESCO World Heritage Site, is dedicated to St Katherine, the legendary martyr from Alexandria who was tortured on a spiked wheel and then beheaded, and is home to 22 Greek Orthodox monks. The monastery library preserves the second largest collection of early codices and manuscripts in the world, outnumbered only by the Vatican Library, and it also houses some irreplaceable works of art. St. Katherine’s Monastery, Sinai Peninsula, Egypt. April 22nd 2008. 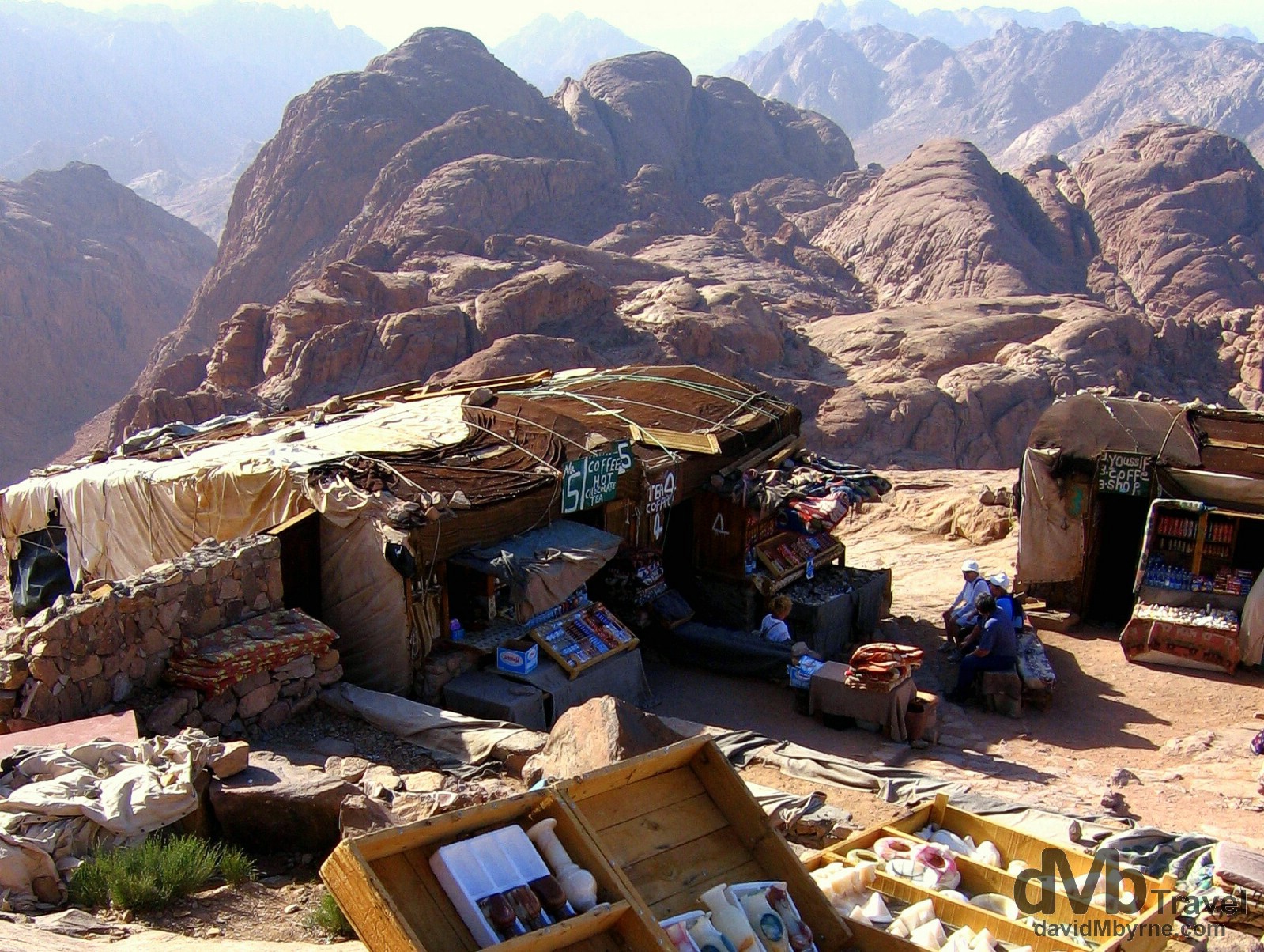 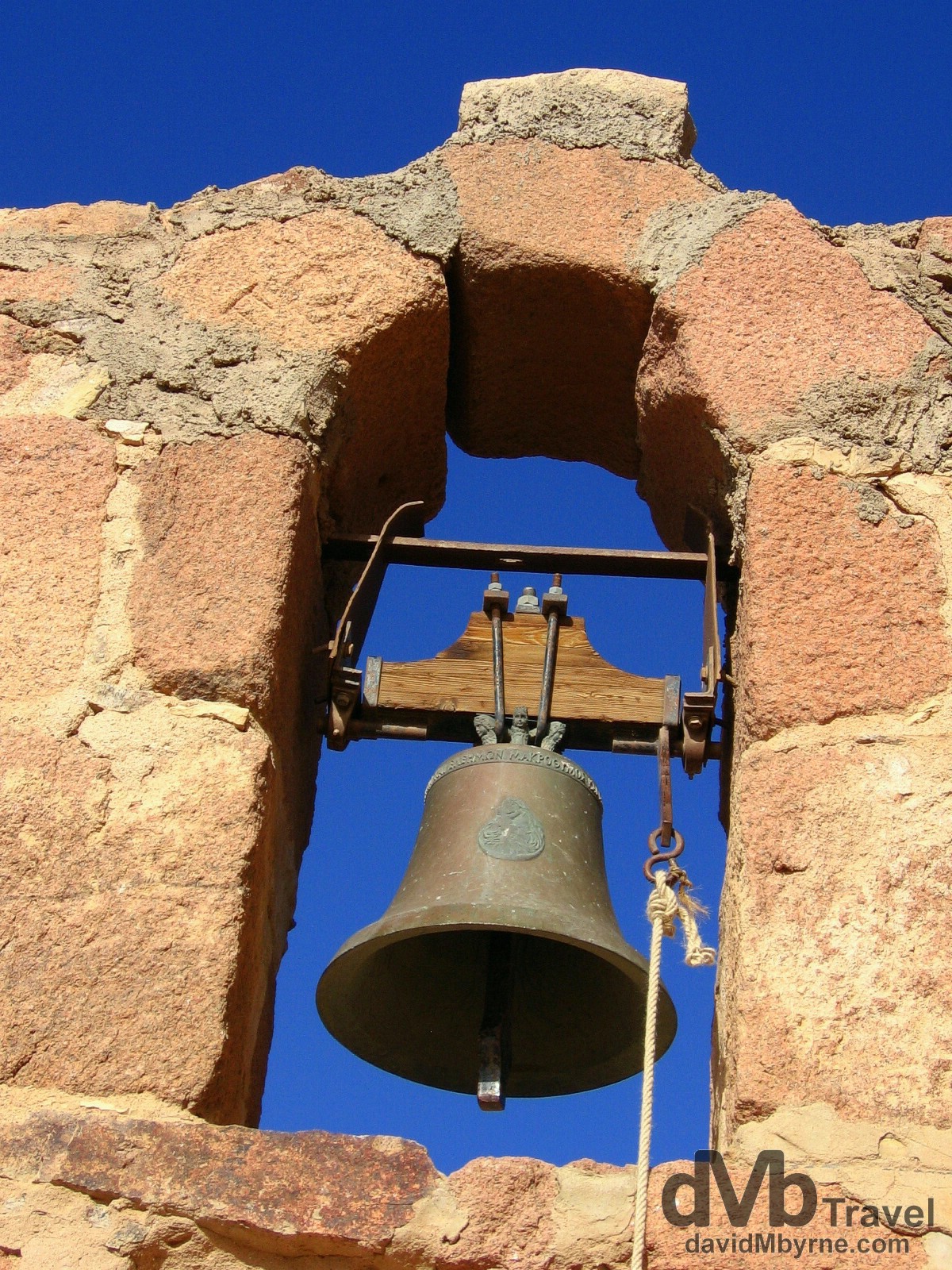 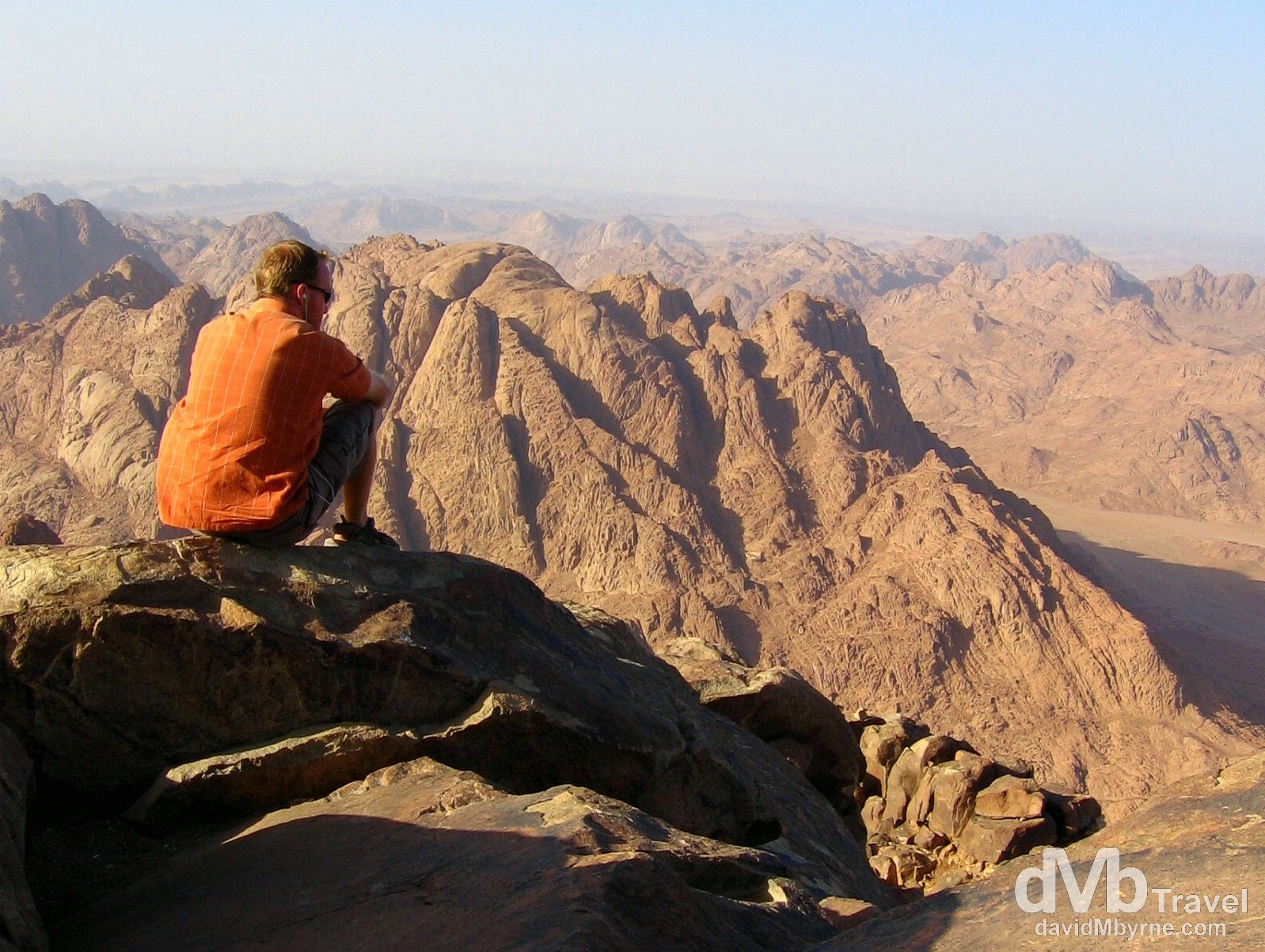