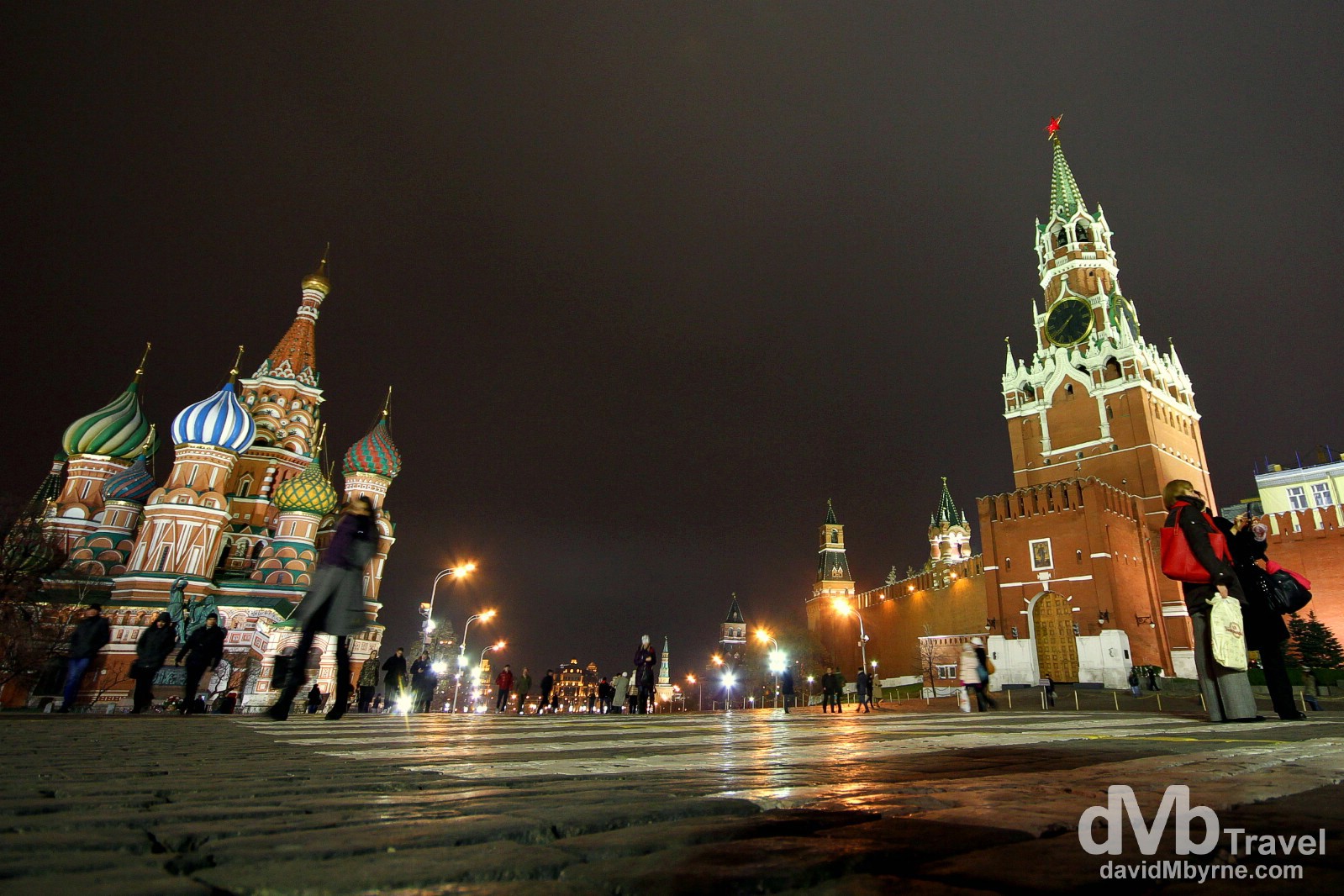 Moscow, the 860-year-old capital of Russia, the world’s largest country, needs little introduction. An iconic global city & the throbbing nerve centre of the uncomprehendingly vast Russian universe, it’s chock full of top-tier sights. From the historic walls of The Kremlin overlooking the equally historic cobblestones of Red Square, to memorable churches, museums, bars/clubs, parks & subway stations. It can hardly fail to impress. Or so one would think.

Russia is a riddle wrapped in a mystery inside an enigma.

The Letdown || Part II
I was last in Moscow back in February 2006. Back then the city didn’t do it for me. It was expensive & the aforementioned iconic, world-famous sights I had for so long wanted to lay my eyes on just underwhelmed. Massively so. This latest trip to the Russian capital did little to enamour me to the city. Don’t get me wrong, it was great to revisit but all in all Moscow just doesn’t do it for me. Hasn’t done if for me twice now. 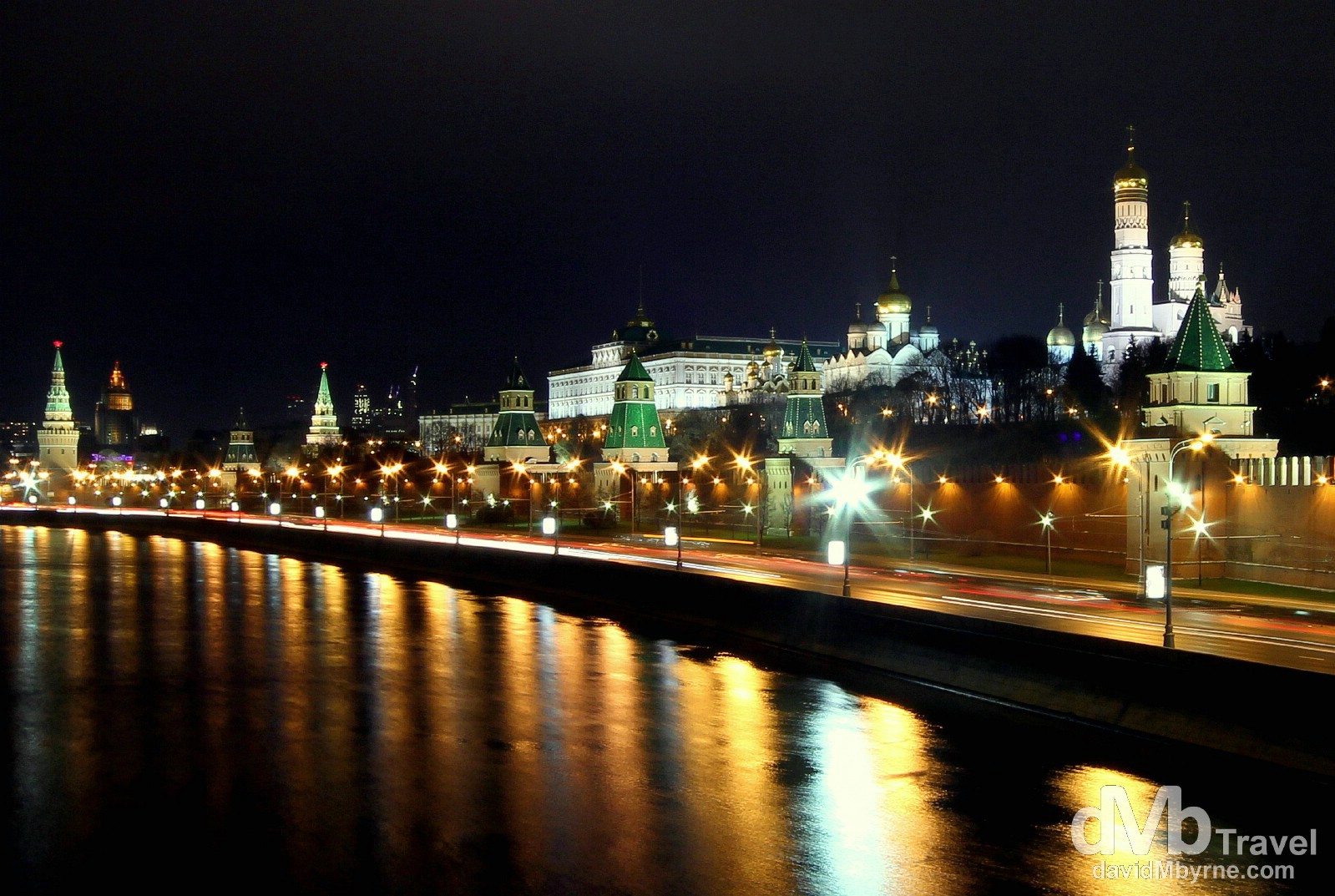 The southern wall of Moscow Kremlin as seen from the Bol Moskvoretsky most (bridge) over the Moscow River. Moscow, Russia. November 17th 2012.

The UNESCO World Heritage listed cobbled symbolic centre of not only the city of Moscow but the country of Russia as a whole. 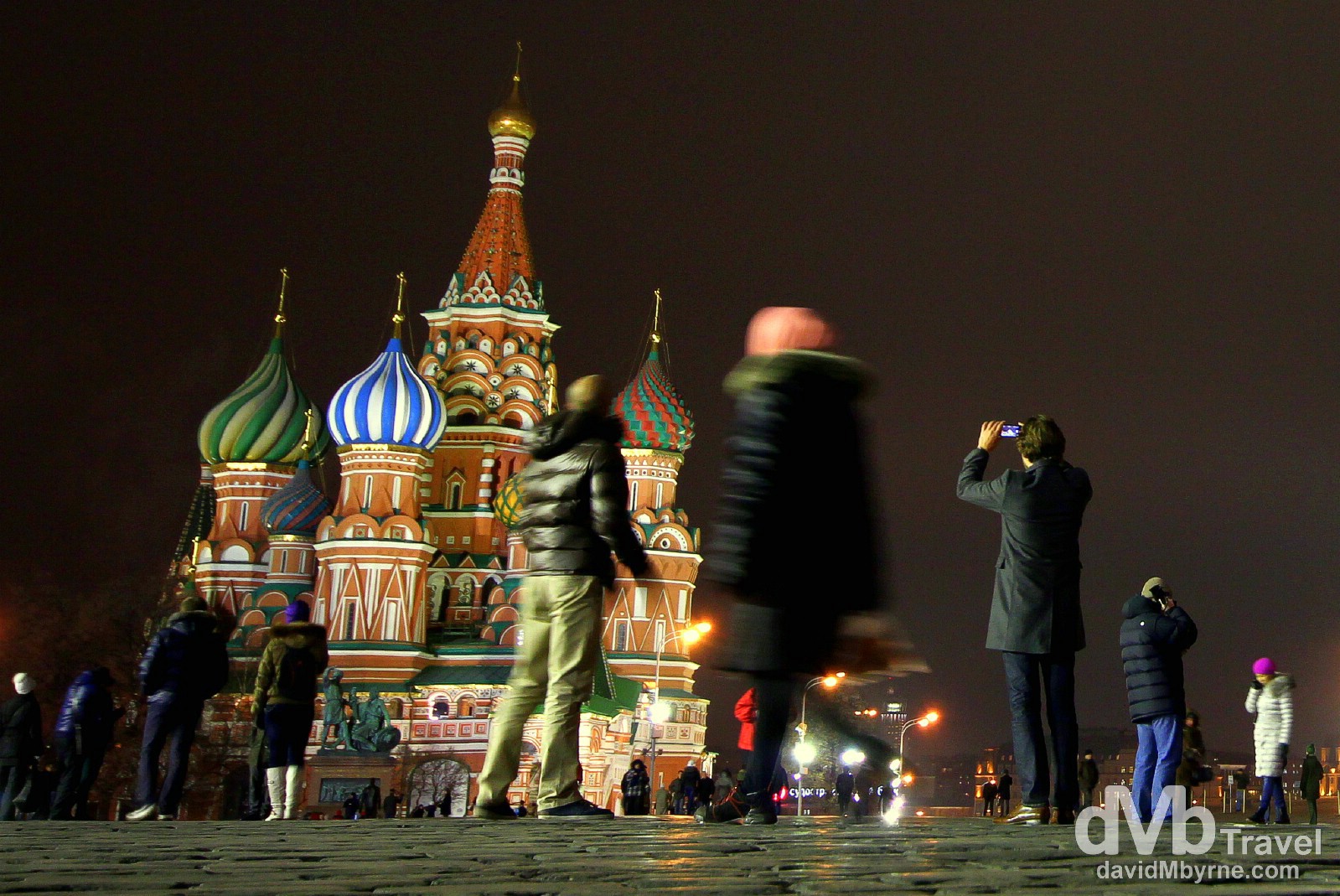 Photographing Saint Basil’s Cathedral in Red Square. Iconic Saint Basil’s is an instantly recognisable explosion of pinnacles, onion domes and spade-shaped gables. Its collage of colours, flooded in arc light and splashed onto the blackness of the Moscow night, is easily the city’s most famous landmark & probably it’s most photogenic, too. The building, a multi-tented church commissioned by Ivan the Terrible, was built between 1555 and 1561 to commemorate the capture of a foe, the Khanate of Kazan. Ivan was so keen to immortalise the victory that, & so the story goes, he blinded the architects after the cathedrals bright onion domes were completed to ensure nothing of comparable beauty could ever be built. Although not particularly large it does consists of nine chapels built on a single foundation. Saint Basil’s sits at the southern end of Red Square, the UNESCO World Heritage listed cobbled symbolic centre of Moscow and Russia as a whole. It was Red Square that let me down most last time – I just expected it to be bigger, more awe-inspiring. BUt it wasn’t on both counts. And it didn’t do much better this time round – over half of the square was taken over by a construction site rendering it – the square – not very accessible or, more importantly, photogenic. Red Square, Moscow, Russia. November 19th 2012 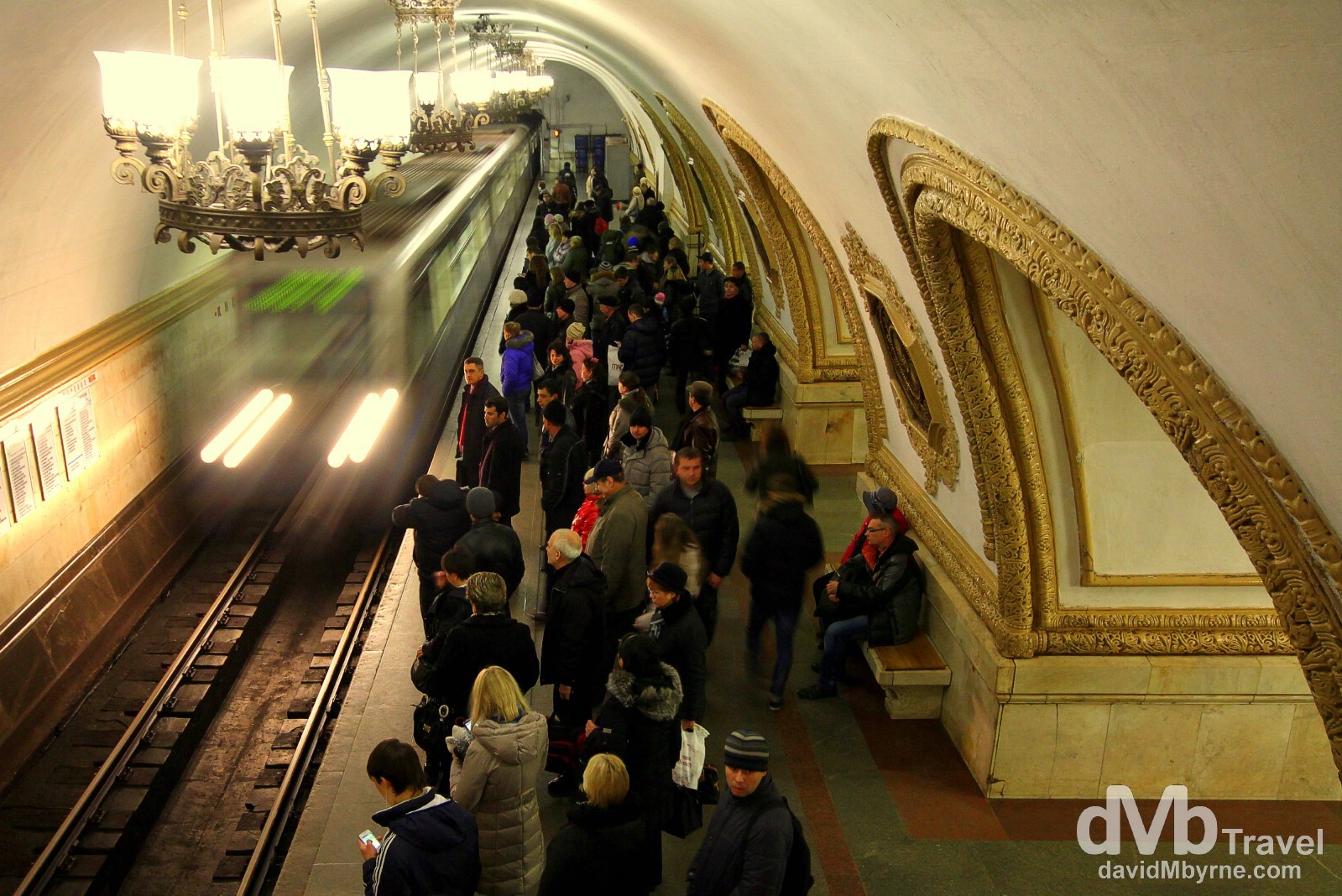 Easily my favourite Moscow attraction, which isn’t even an official attraction, is its metro system & I spent a lot of my time down here camera in hand. Stalin’s showcase was a vain attempt in the 1930s to openly celebrate socialist achievement with the biggest and longest tunnelling project ever attempted by man. Not one person questioned the initial cost or the subsequent upkeep and now it costs billions of roubles a year for maintenance while costing only a few roubles a ride – it’s cheap, in a city where not too many things are (in the early 90’s the Yeltsin administration attempted to raise the fare but the public furore was so great they backed down). The system carries on average over 8 million passengers a week, has over 150 stations and with a train typically every 2 minutes it lays claim to be one of the best, if not the best, in the world. Some of the older stations, built to double as war bunkers, are so deep you cannot see one end of the escalator to the other, while others again are ornately decorated & resemble underground museums or art galleries. The stations on the Koltsevaya (or ring) line are designed to different themes containing beautiful examples of socialist realist art. This is a picture I captured in Kievskaya subway station. It was taken from an elevated overpass connecting neighboring platforms. It’s a retake of a similar picture I took in the very same station in February of 2006, a picture that still to this day is one of my favourite travel captures (that picture can be viewed here). Kievskaya subway station, Moscow, Russia. November 20th 2012 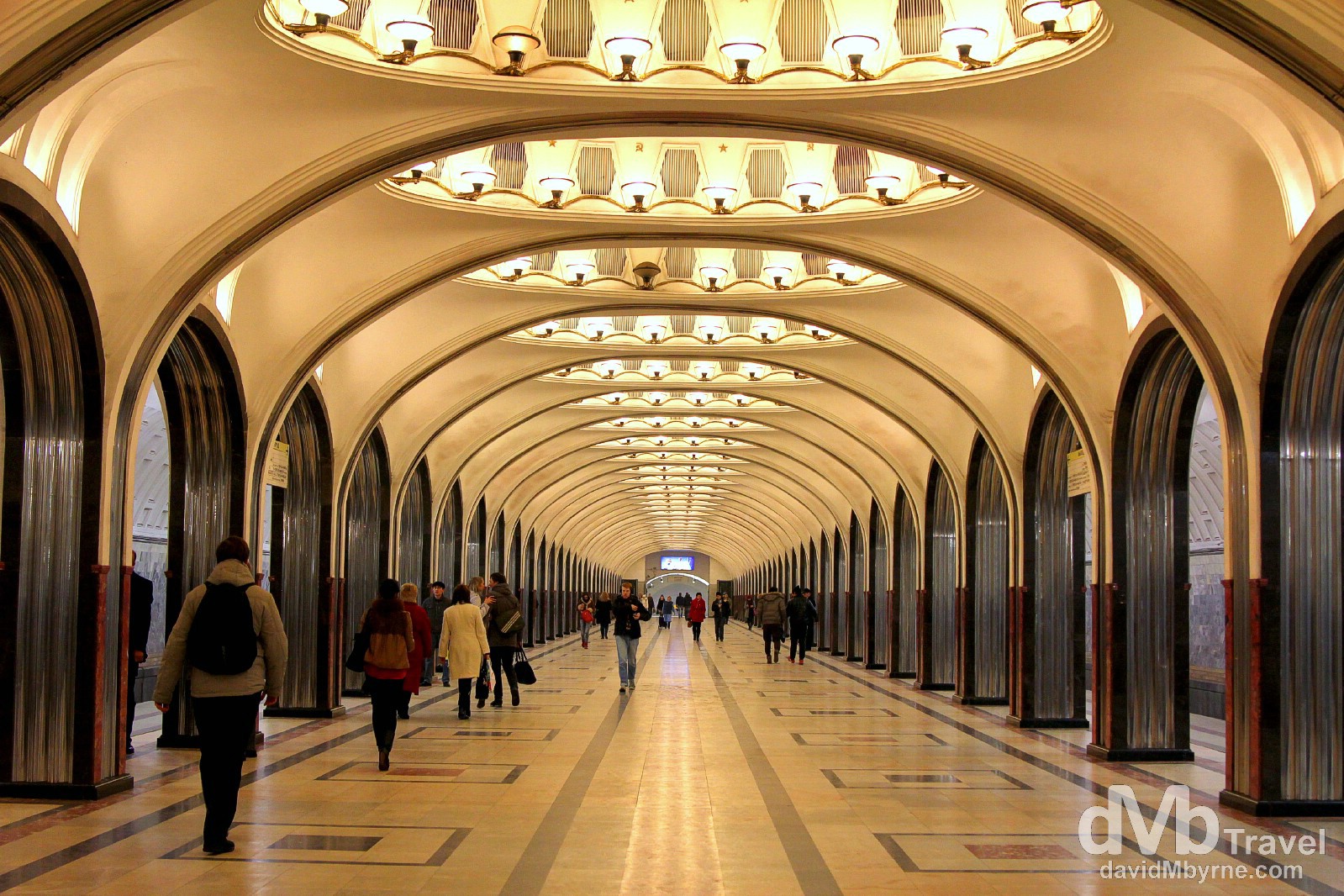 The Mayakovskaya Metro Station on the Zamoskvoretskaya line (now there’s a mouthfull). Built as part of the metro second phase of construction and opened in 1938, it is a fine example of pre-World War II Stalinist Architecture and is one of the most famous & beautiful metro stations in the world. The Art Deco design was an instant success, not to mention a groundbreaking one – for the first time in the world, instead of having the traditional three-neath pylon station layout, the engineers were able to overlap the vault space and support it with two sets of colonnades on either side. This gave birth to a new column type design with Mayakovskaya the first station to feature it. Mayakovskaya metro station. Moscow, Russia. November 19th 2012.

The famous Moscow Kremlin, a symbol of power and intrigue recognised the world over & still the seat of the Russian Government & the nerve centre of Russian politics. During the Cold War international spies would risk their lives to get in here and have a snoop around. Not so today. Today the palaces, churches, stately rooms & museums of the Kremlin complex are one of Moscow’s premier tourist attractions & all you have to do to access them is stump up the entrance fee which, like everything else in Moscow, is overpriced. 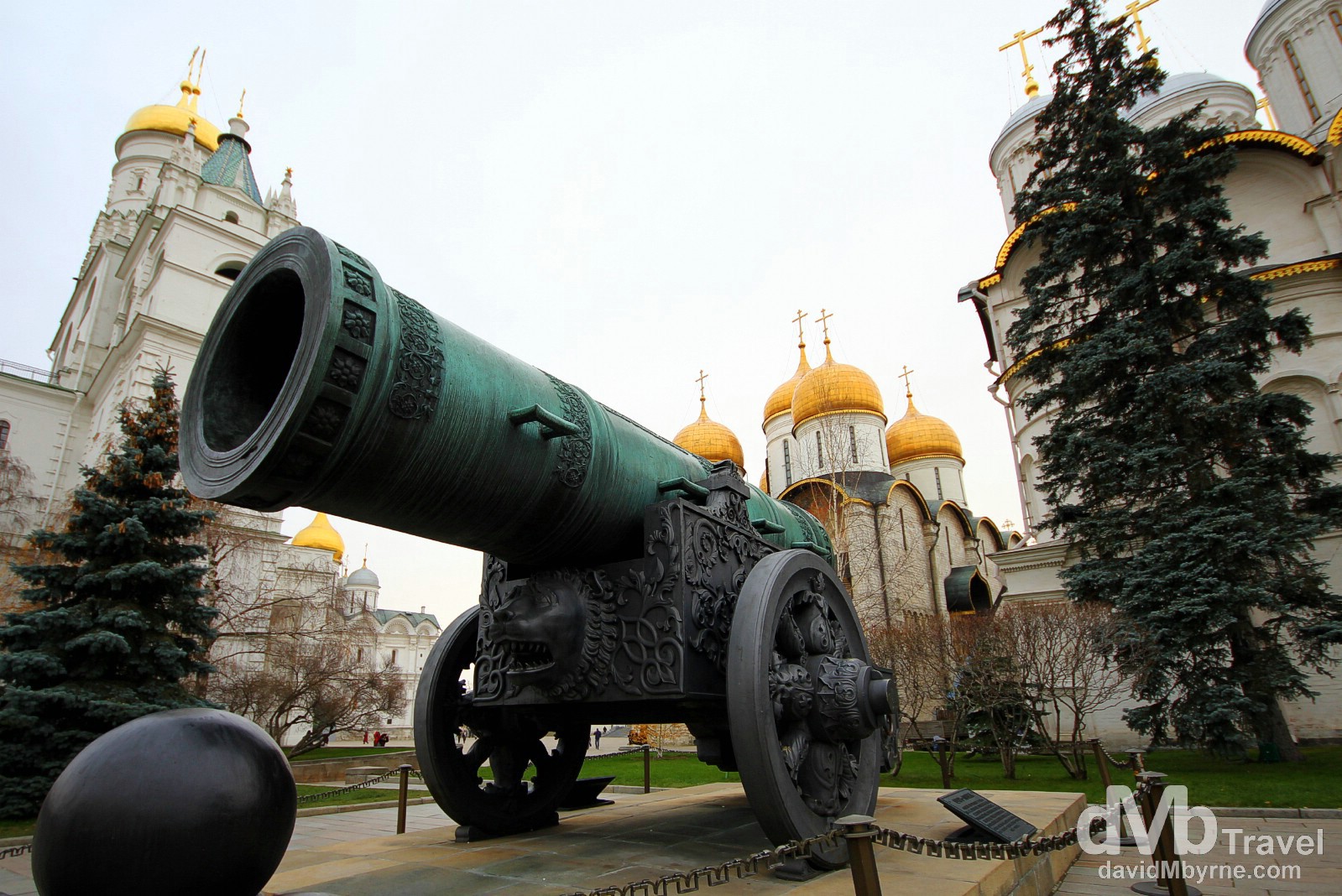 The Tsar Cannon, found in the grounds of the Moscow Kremlin, was never fired (seemingly it was too big) & epitomizes the Russian penchant for big things; bigger was not only better, it was glorious. Cast in 1586, it’s still the largest canon in the world and no doubt would create quite a wallop were it to be fired up. But that’s not likely to happen. Now it’s just used as a photo opportunity for tourists like me. Not too far from here is the world’s biggest bell, the Tsar Bell, a 202-tonne whopper that cracked before it ever rang. I’m sensing a bit of a pattern here. The Kremlin, Moscow, Russia. November 19th 2012.

Museum of the Great Patriotic War 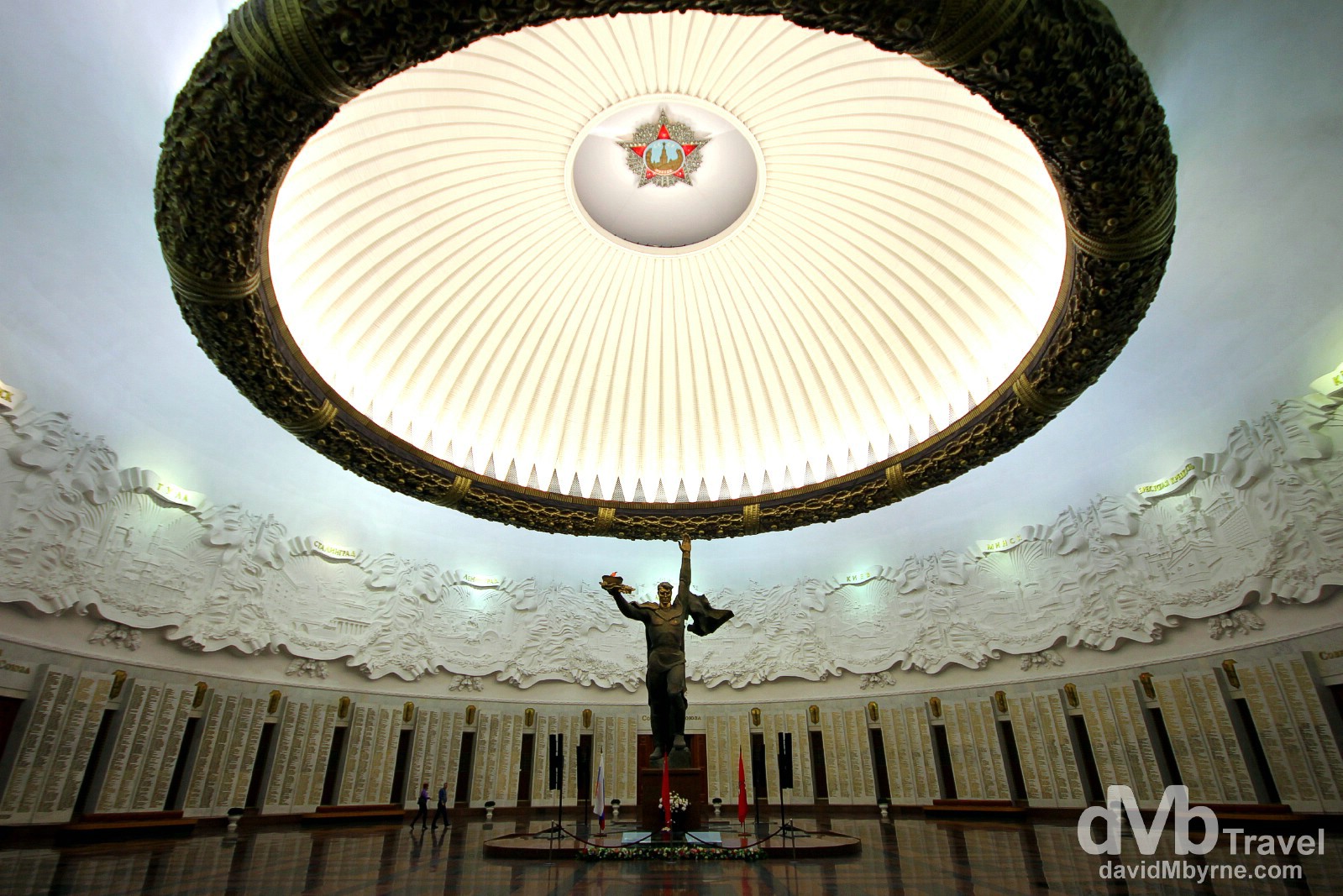 People looking very small in the massive Hall of Glory in the Museum of the Great Patriotic War on the outskirts of Moscow. The museum is a tad airy – it features nearly 20,000 square meters of exhibition space – so it’s a great place to bring a wide-angle lens. This room, marking the centre of the museum, is the Hall of Glory. The space is dominated by the large bronze sculpture, the Soldier of Victory, & massive floor standing white marble slabs that are inscribed with the names of over 11,800 recipients bestowed the title of Hero of the Soviet Union, awarded for heroic feats in service & the highest distinction awarded by the then Soviet Union. Moscow, Russia. November 20th 2012.

One More Stop In Russia
I leave Moscow tonight on the overnight train to Saint Petersburg, my last stop in Russia. I know for a fact that I’ll always speak fondly of my time in European Russia & Siberian Russia before it, but I doubt I’ll ever hold the same fondness for the Russian capital. I gave it a second chance & it let me down. Again.