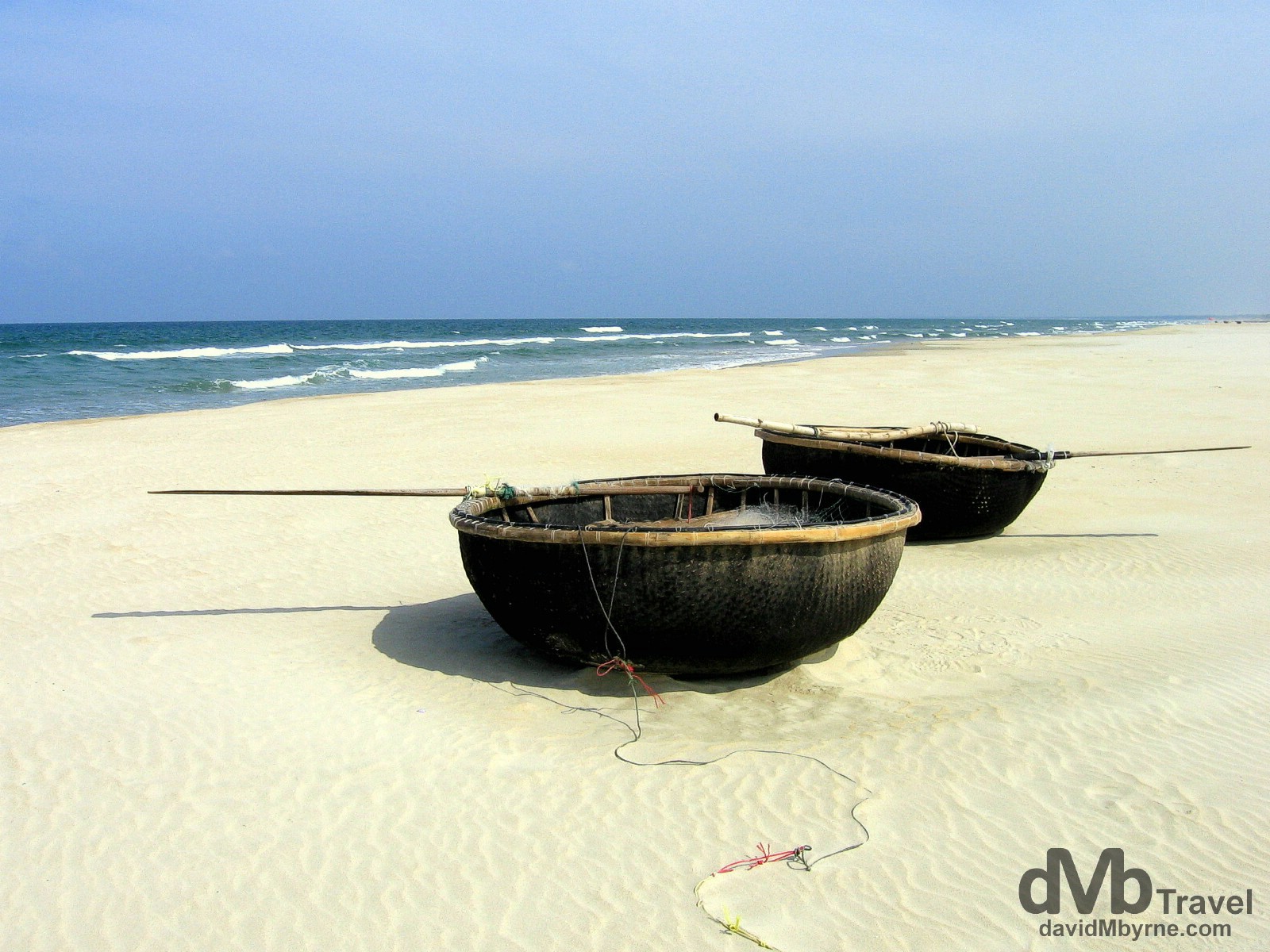 The Marble Mountains are 5 sizeable marble & limestone outcrops, named after the 5 elements, located south of Da Nang in central Vietnam. All five of the mountains have cave entrances and numerous tunnels, some of which were used as field hospitals during the Vietnam War – today many of the caves & tunnels are home to many Buddhist and Hindu grottoes. The mountains are a popular stop on the Vietnam tourist circuit with most visitors making the climb to the summit of one of the 5 peaks for views of the surrounding landscape. 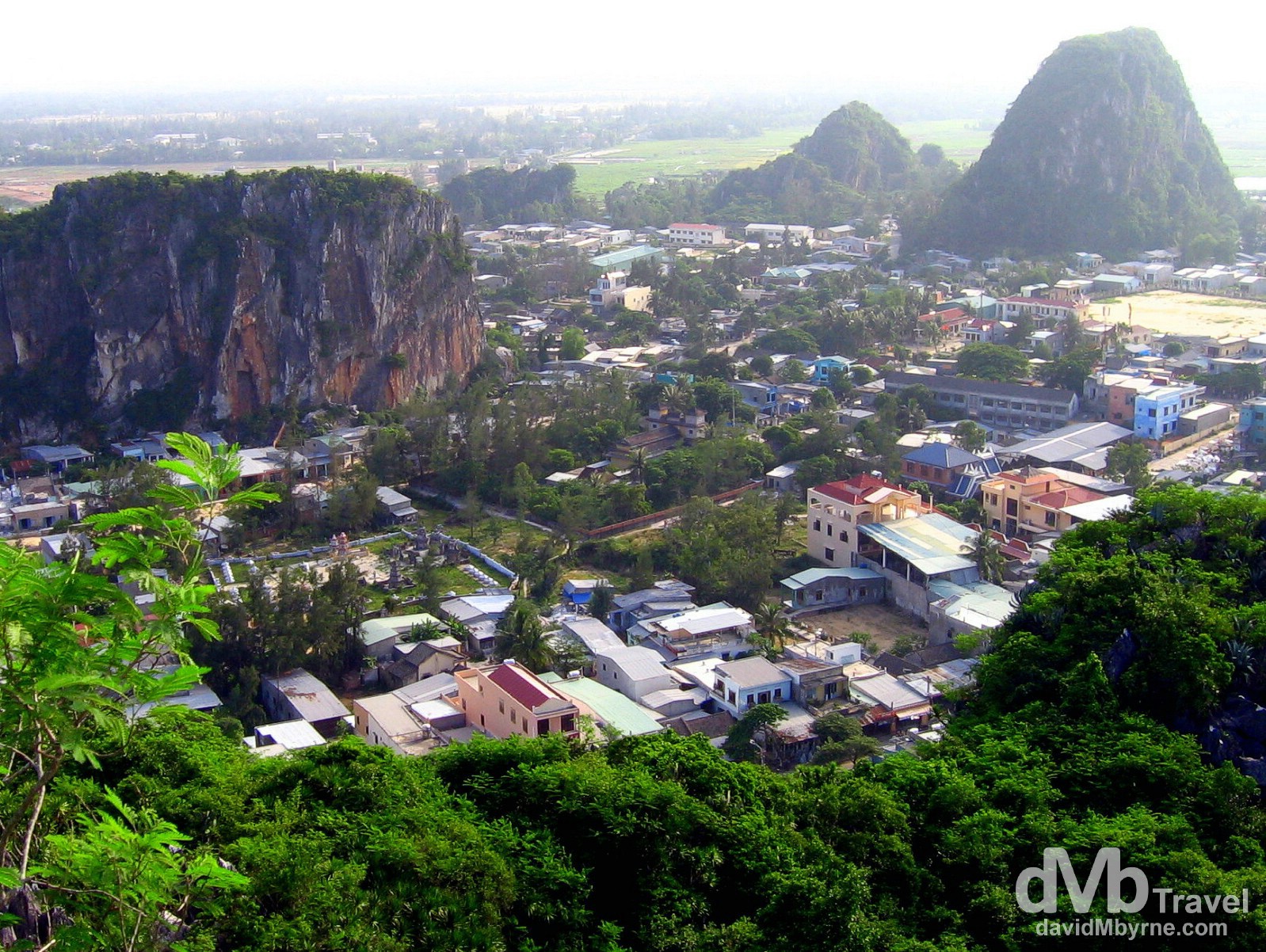 A section of the Marble Mountains outside Danang. The communities surrounding the Marble Mountains specialize in producing all sorts of weird and wonderful marble statues and sculptures. However, these days most of the marble on sale is shipped in from China; the Vietnamese long since realised that if they kept harvesting the local marble at the rate they were doing there would be no mountains left to attract tourists. The Marble Mountains (

China Beach
From atop the Marble Mountains one can see My Khe Beach, a.k.a. China Beach, famous the world over thanks to the late 80s & early 90s American TV series of the same name.

Traditional fishing boats on My Khe Beach, a.k.a. China Beach. During the Vietnam War, US soldiers would be airlifted here for rest and relaxation. Today its main claim to fame is as one of Vietnam’s premier surfing spots. My Khe beach, outside Danang, Central Vietnam. September 10th 2005.