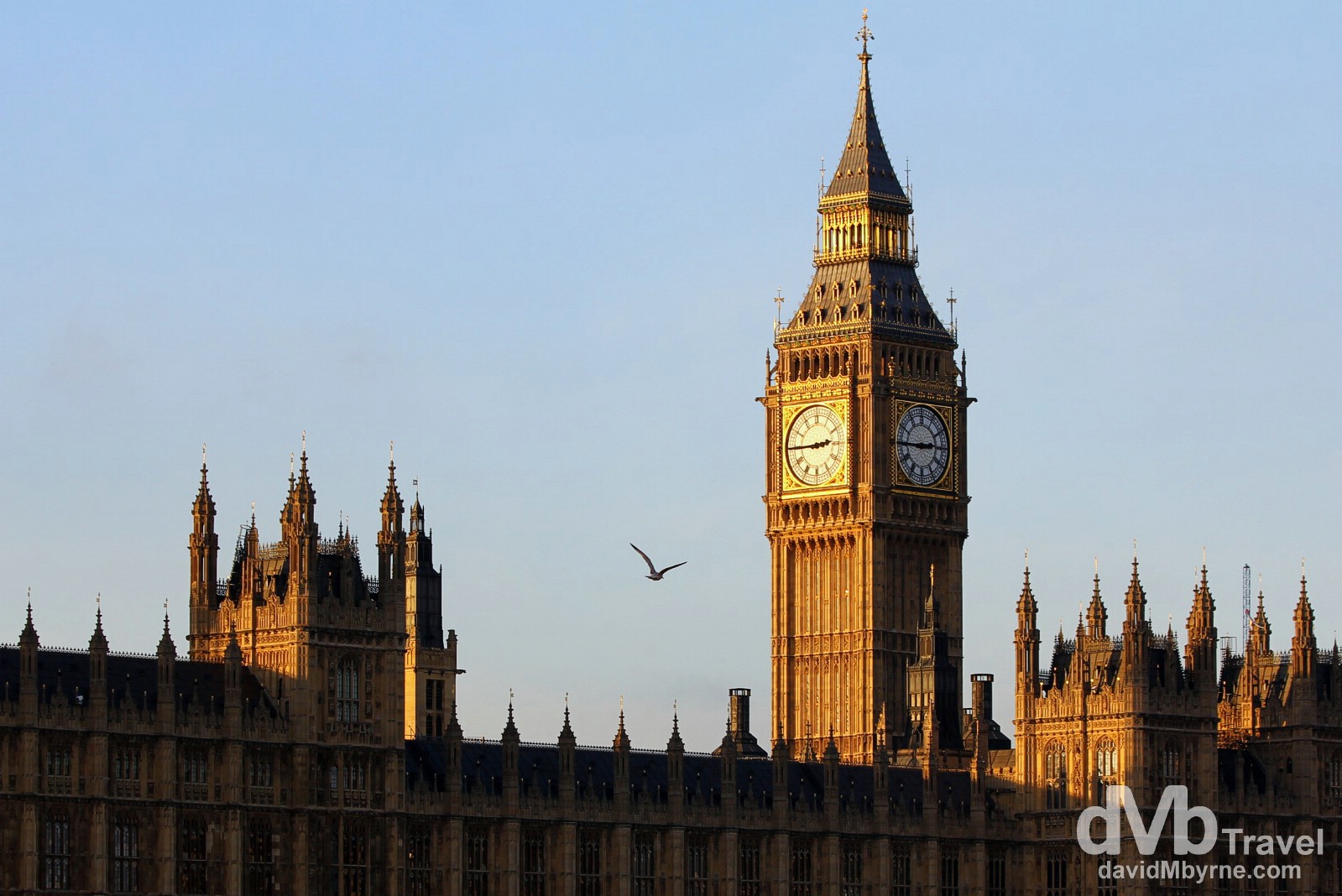 I‘ve always liked London. It’s one of my favourite world cities and has been for a long time. I’ve had family here for as long as I can remember, I worked & lived here for a period a long time ago when I had a real job, & it’s always somewhere I try to get back to whenever I can. With its proximity to Dublin, London has seen a lot of me coming and going over the past 8 years, passing through en route to/from home. This latest visit was low-key, just what the travel doctor ordered – it was good to relax after the buzz of spending the previous week in a wondrously wintry Iceland & in advance of getting home to Ireland for my first Christmas at home in 8 years.

I didn’t put my camera to much use during this 5 day, 4 night stay in the English/British capital. However, I did take it down by the River Thames yesterday on a gloriously sunny but bitterly cold Saturday afternoon. 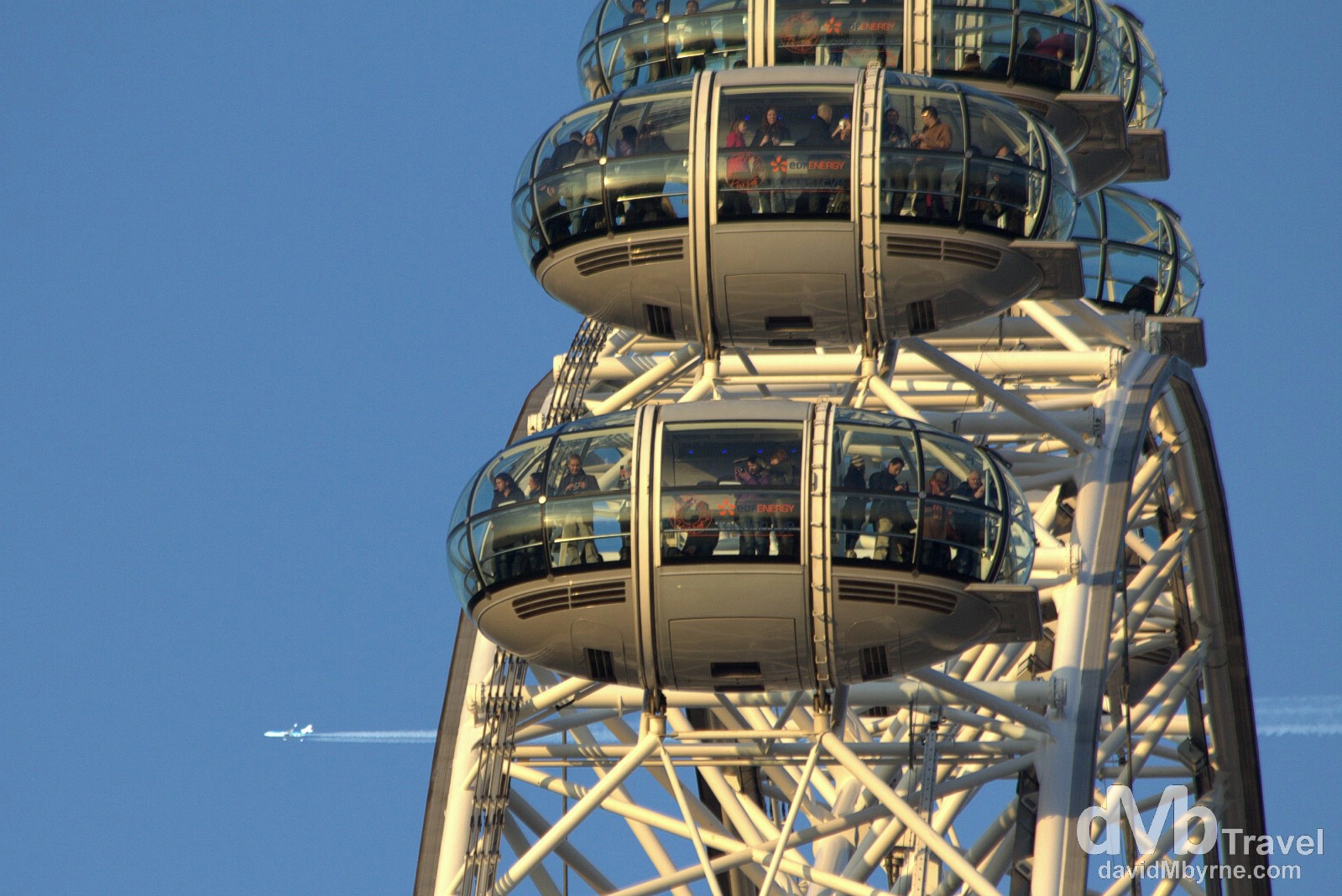 People in the capsules of the giant London Eye Ferris wheel on the banks of the River Thames. At 135 metres tall, it was the highest Ferris wheel in the world when first erected in 1999 (to commemorate the upcoming Millennium celebrations) & it is still, as of late 2012, the tallest of its kind in Europe not to mention the world’s tallest cantilevered observation wheel (because there are loads of those). Oh, and it is also, by virtue of attracting some 3.5 million paid visitors a year, the UK’s most popular paid tourist attraction. London, England. December 8th 2012 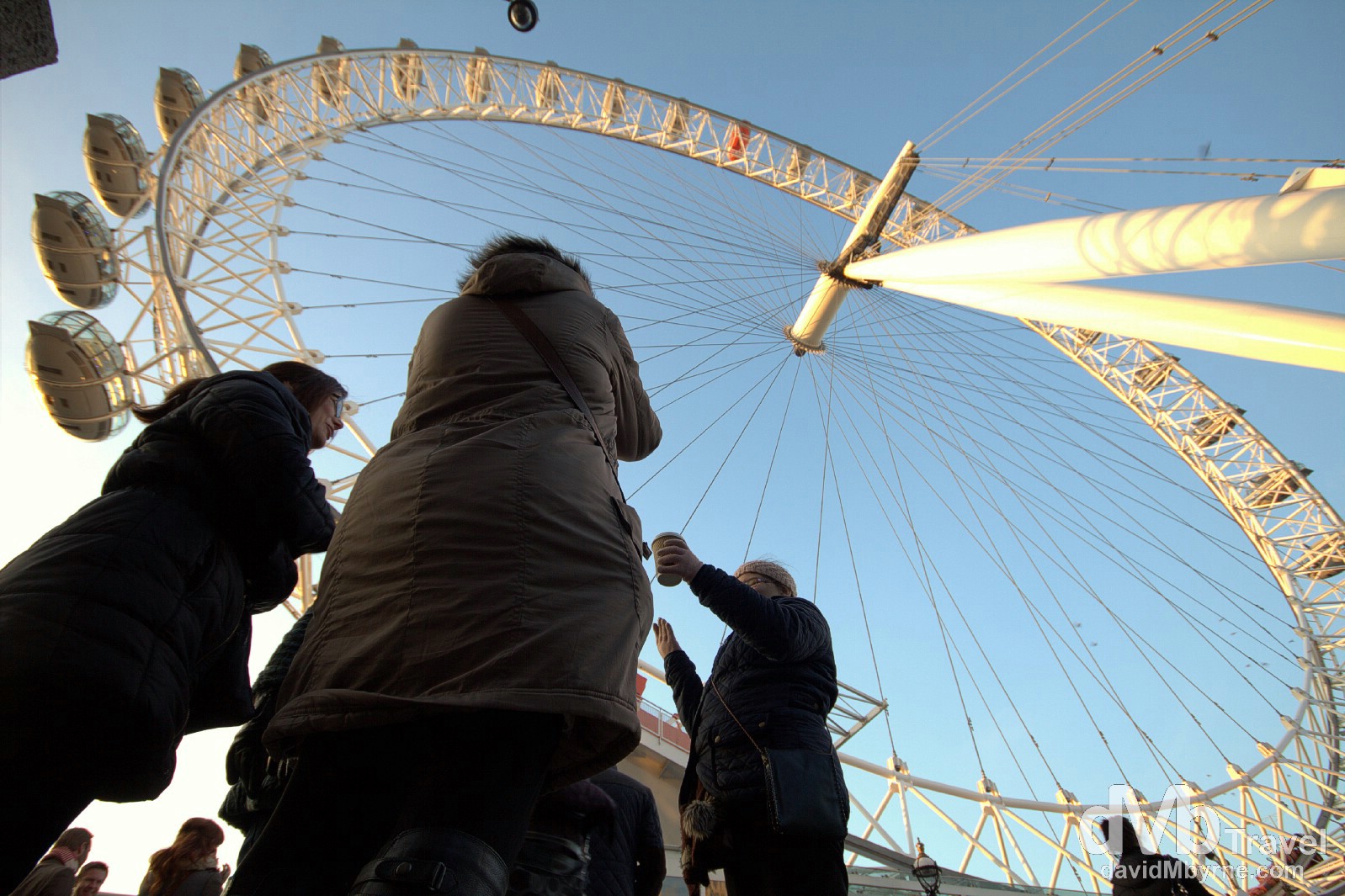 Standing under the London Eye Ferris wheel on the banks of the Thames River in London, England. December 8th 2012. 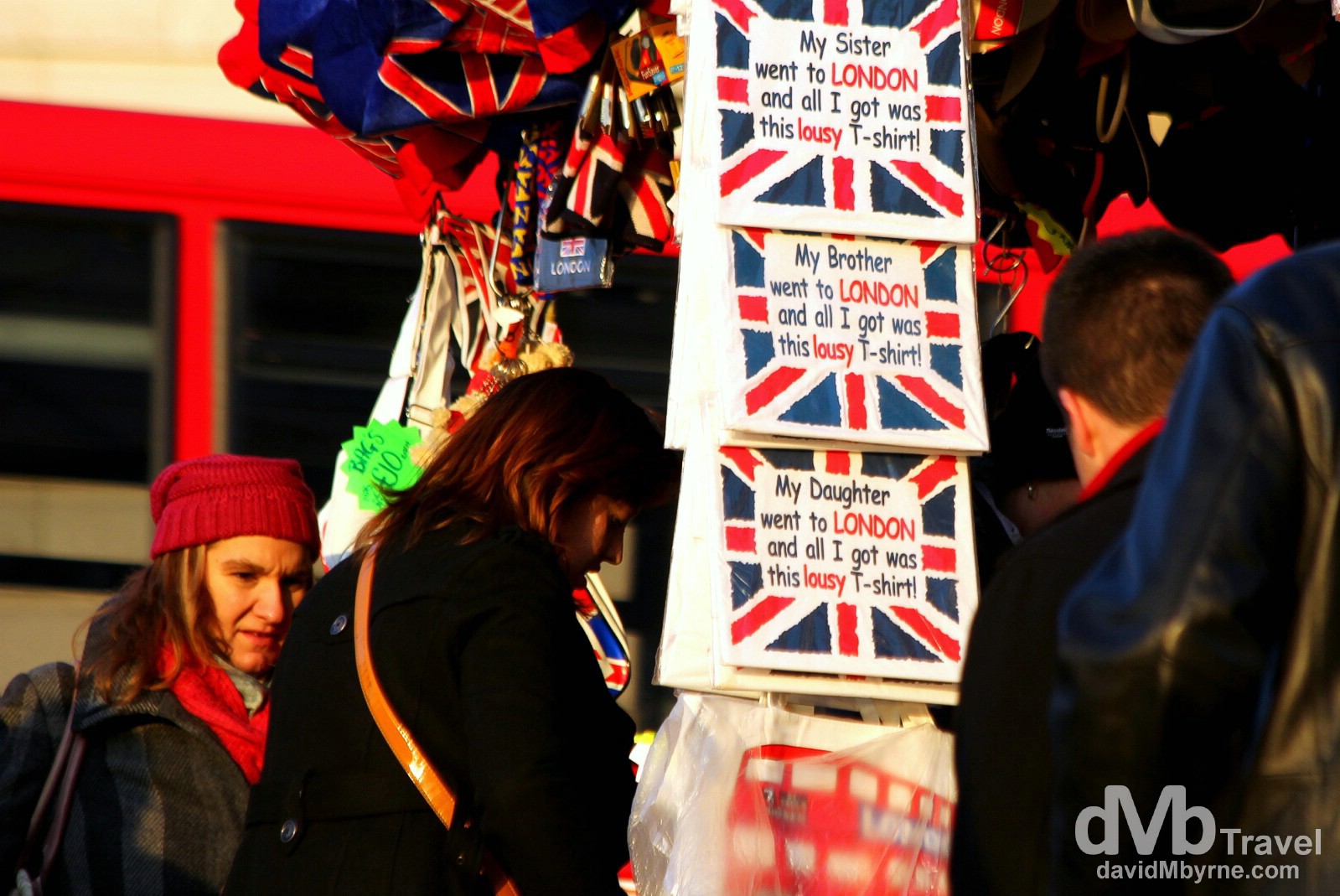 A souvenir stall near Westminster Bridge over the Thames River in London, England. December 8th 2012. 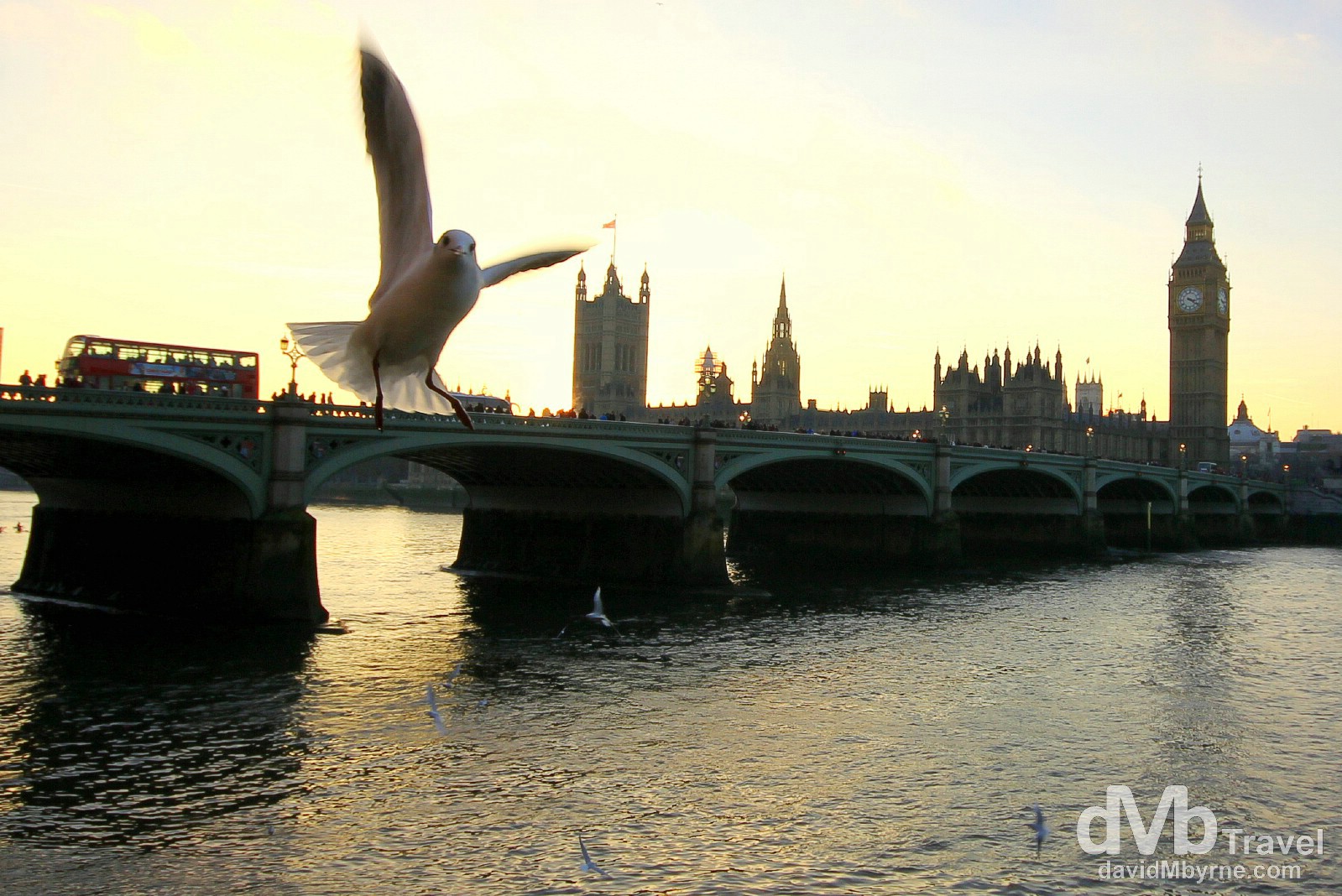 Gulls flying by the banks of the River Thames with Westminster Bridge & the Houses of Parliament in the background. London, England. December 8th 2012. 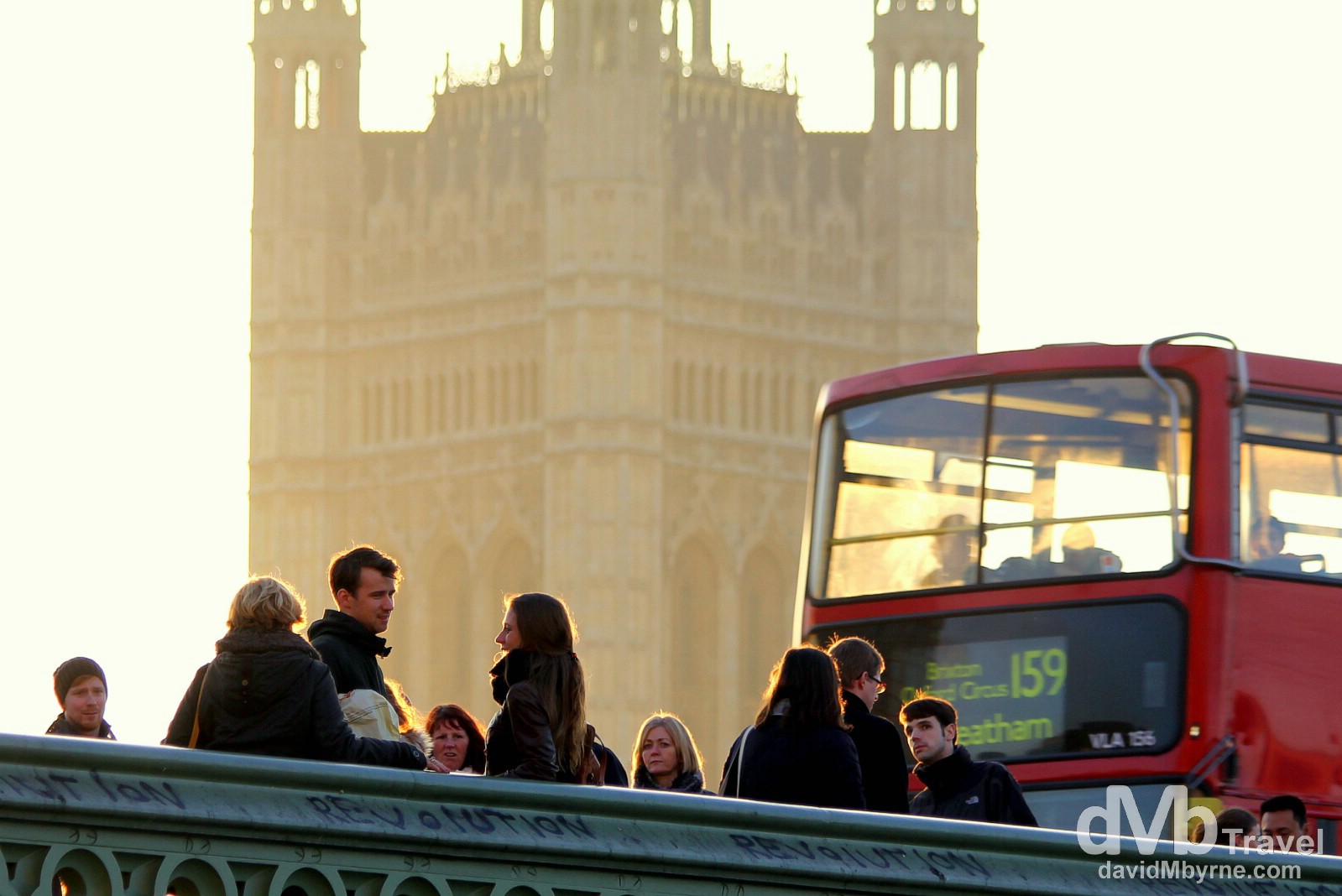 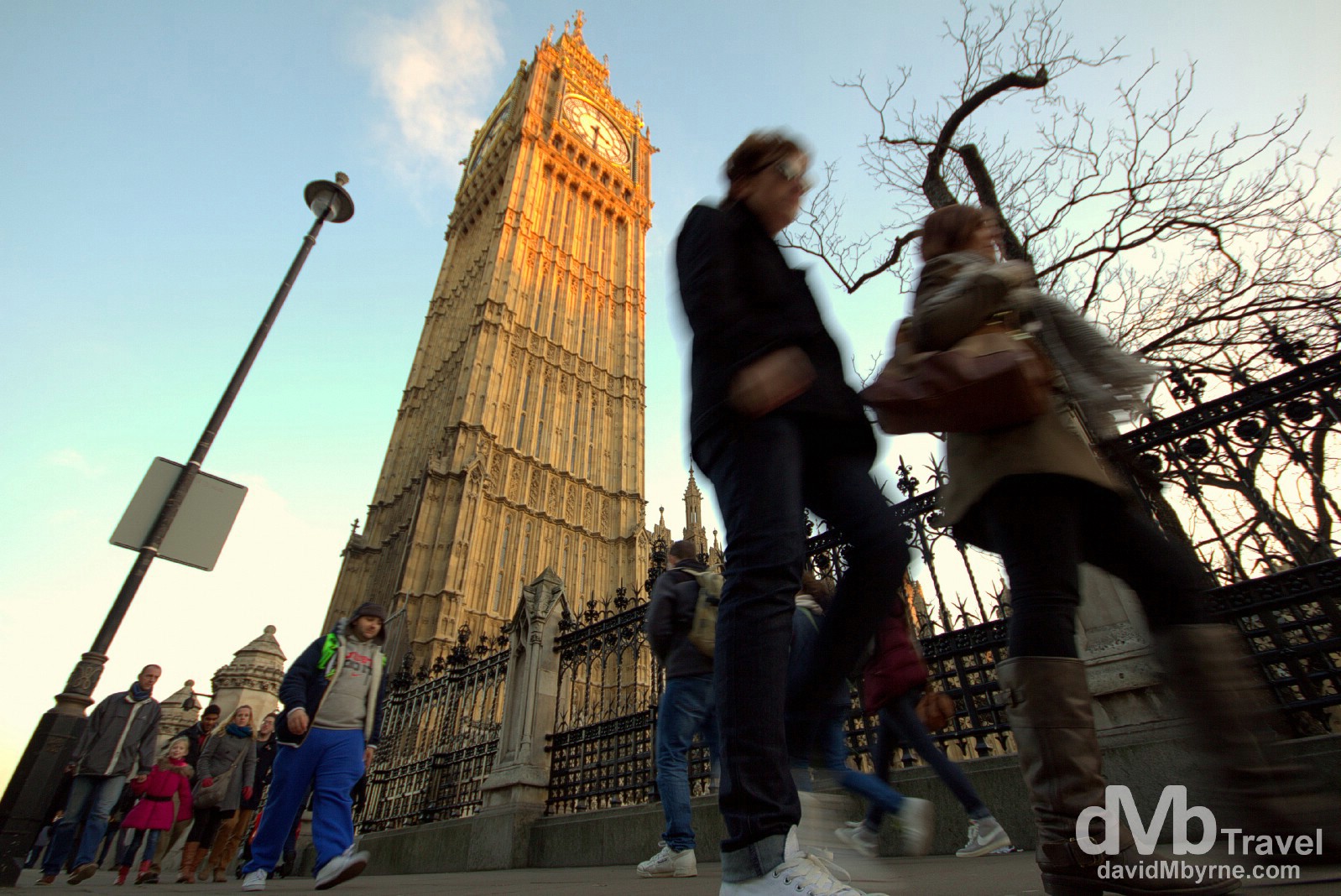 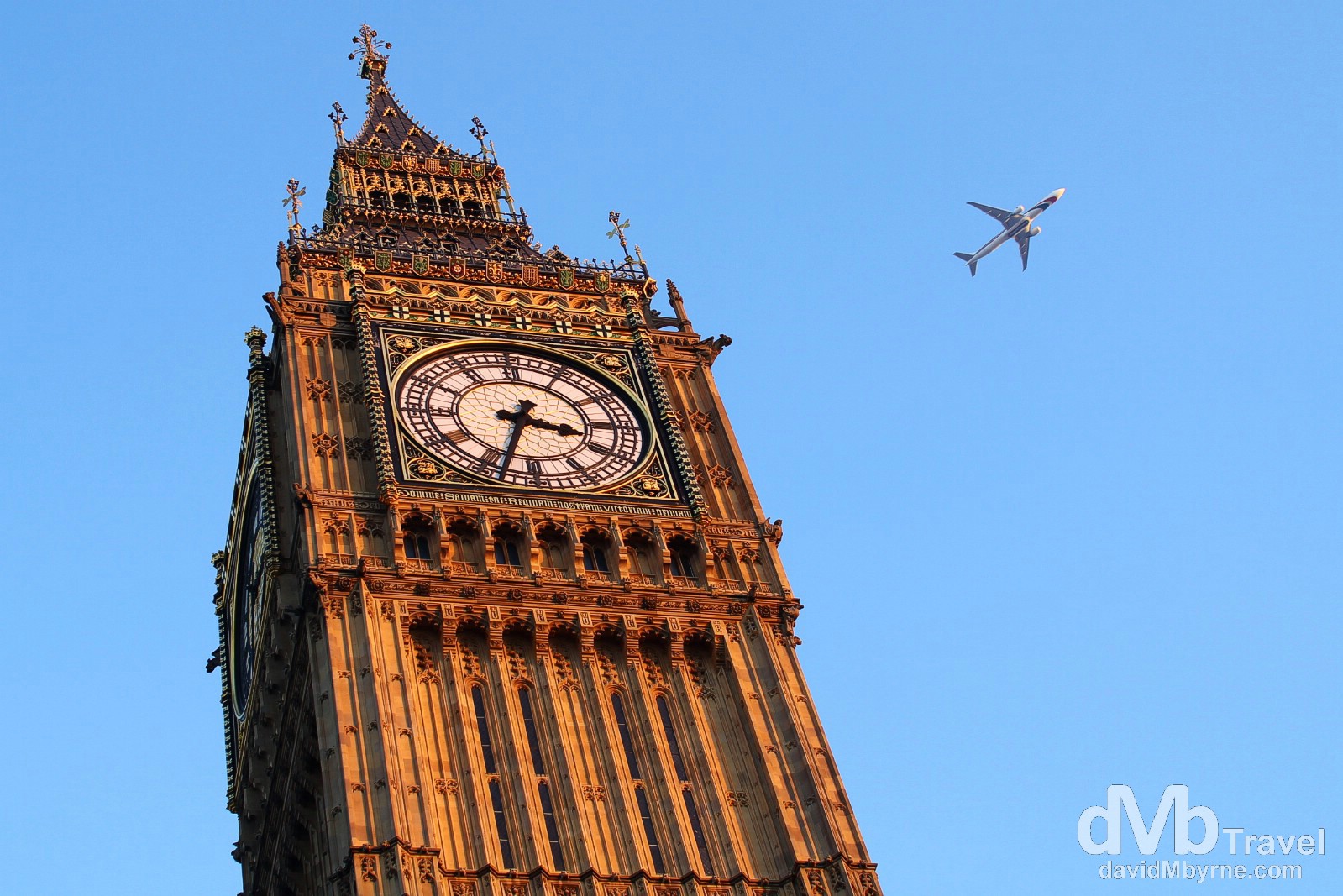