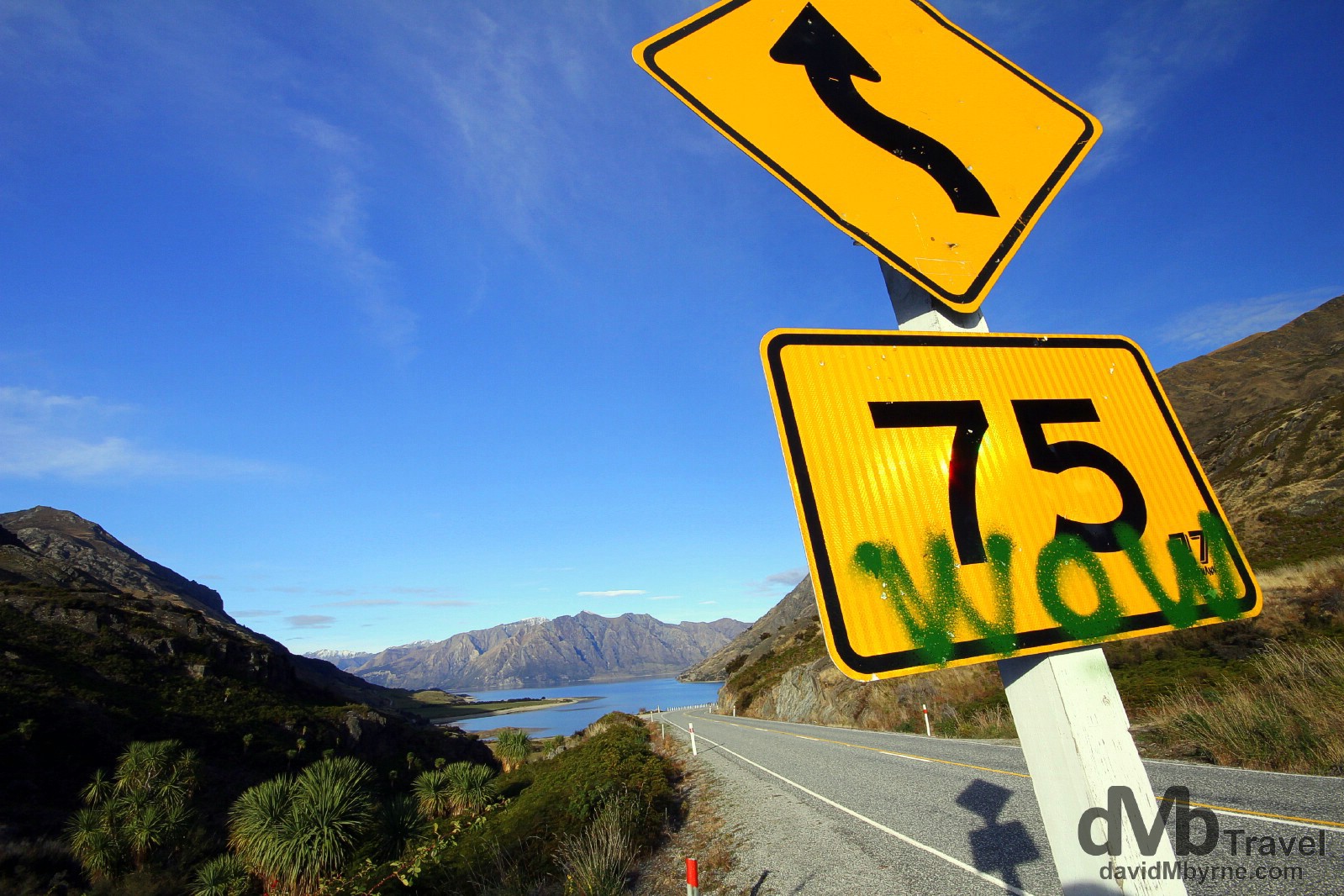 I took a drive today over the Haast Pass, a 563 metre-high a mountain pass in the Southern Alps of New Zealand’s South Island. The pass took me off the rugged West Coast & away from the Tasman Sea and into the Otago region of the South Island before I eventually arrived at my present location of the charming lakeside town of Wanaka, situated by the shores of the lake of the same name. After coming down off the Pass, the drive on Highway 6, a.k.a. the Makarora-Lake Hawea Road, skirted a northern portion of Lake Wanaka before skirting another lake, Lake Hawea. Even allowing for the high standards of New Zealand’s scenery, the scene en route was something a little bit special. But it wasn’t a total surprise. I had some advanced warning ahead of arriving at the most scenic portion of the drive.

Wow indeed. Shortly after passing, & photographing, the road sign I was out on the side of the Makarora-Lake Hawea Road photographing the scene in front of me. 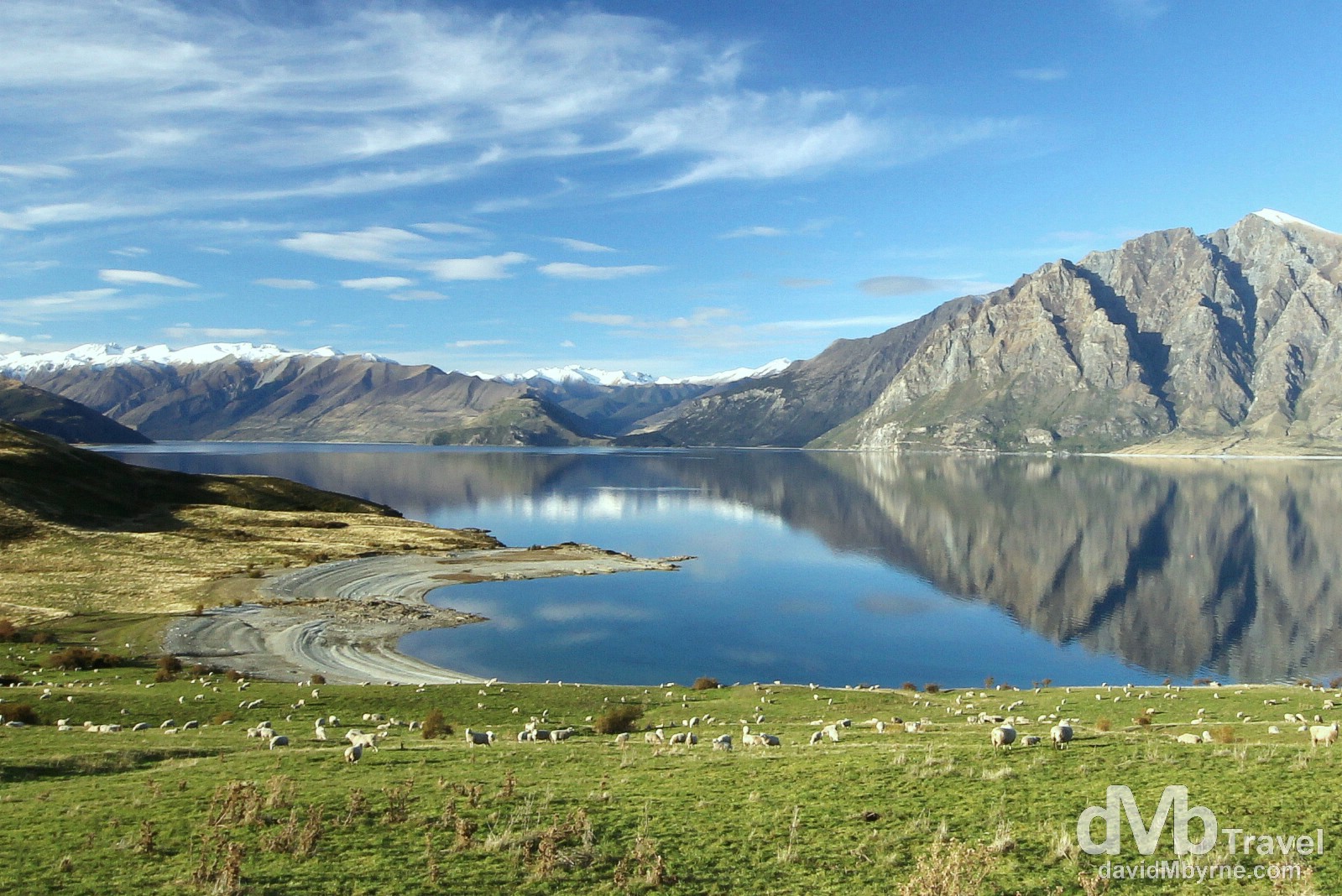