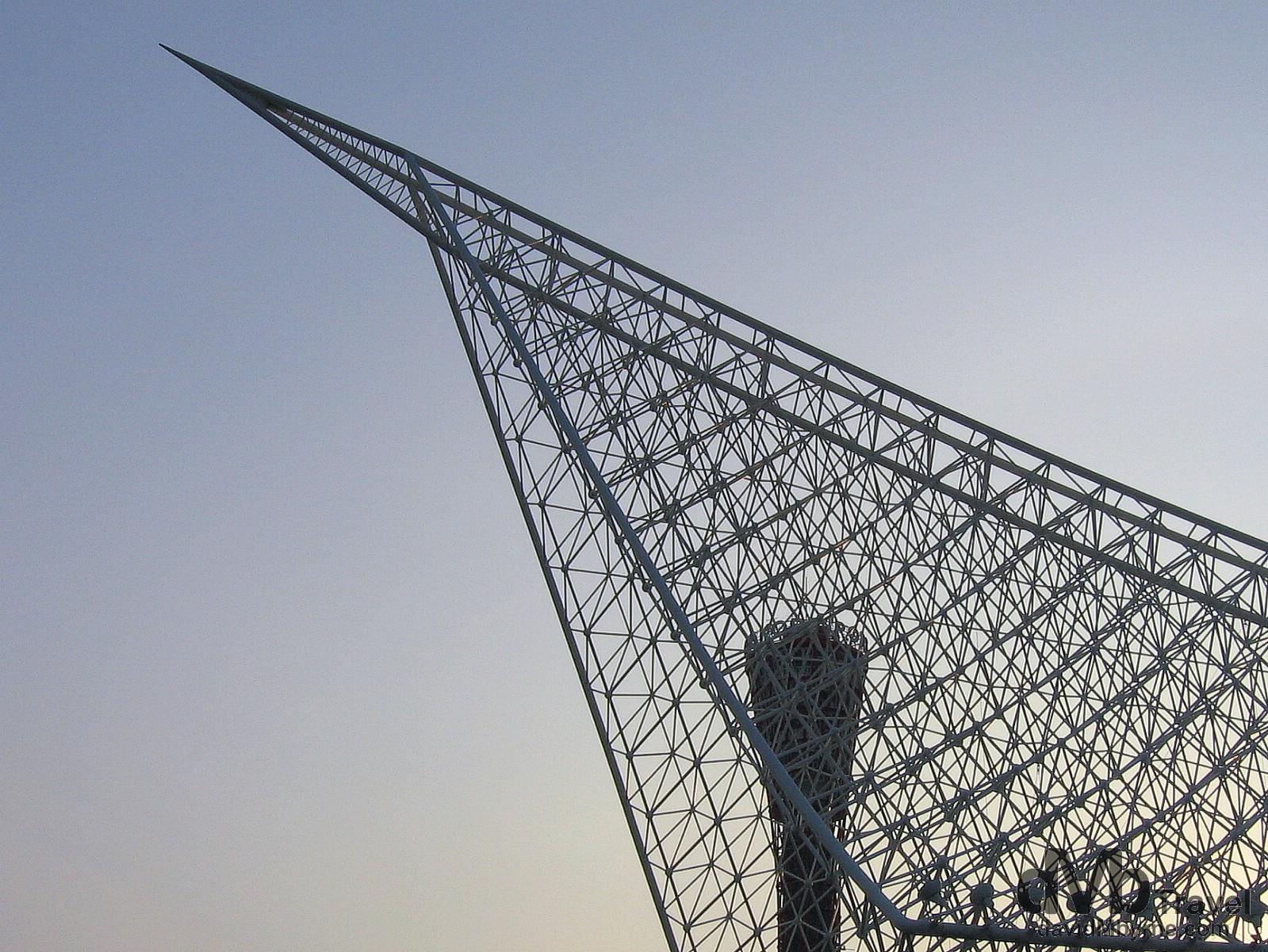 Kobe in the Kansai region of Japan is an historic port and distinct city in its own right even though at times it feels like a fashionable western suburb of sprawling Osaka, some 33 kilometres to the east around Osaka Bay. Kobe’s history is dominated by two important events – the opening of Japan’s ports to foreign trade in 1868 and the Great Hanshin Earthquake of 1995.

The white space-frame roof of the Kobe Maritime Museum &, in the background, the Kobe Tower in Port of Kobe, Kobe (

Although it had been a port as long ago as the 8th century, Kobe’s fortunes really took off when foreign traders showed up in the city in the latter part of the 19th century, bringing their new ways and styles of living with them: Japan got its first taste of beef & soccer in Kobe (1871); the first cinema film was shown here (1896); & Japan’s first golf course was laid down just outside city (1903). This trendsetting nature coupled with booming trade made Kobe a very popular place and despite suffering heavy bombing during World War II by the 1960s the city was bursting out of its narrow stretch of land between the mountains and the sea. A solution to crowding was found by levelling the hills and dumping the rubble into the sea, creating present-day Port & Rokko Islands in the bay. Life went on as normal until 5.46 a.m. on January 17, 1995, when a devastating earthquake, the Great Hanshin Earthquake, struck the city and surrounding area, the story of which is brilliantly protrayed in the city’s Great Hanshin-Awaji Earthquake Memorial Disaster Reduction & Human Renovation Institution (now there’s a mouthful). 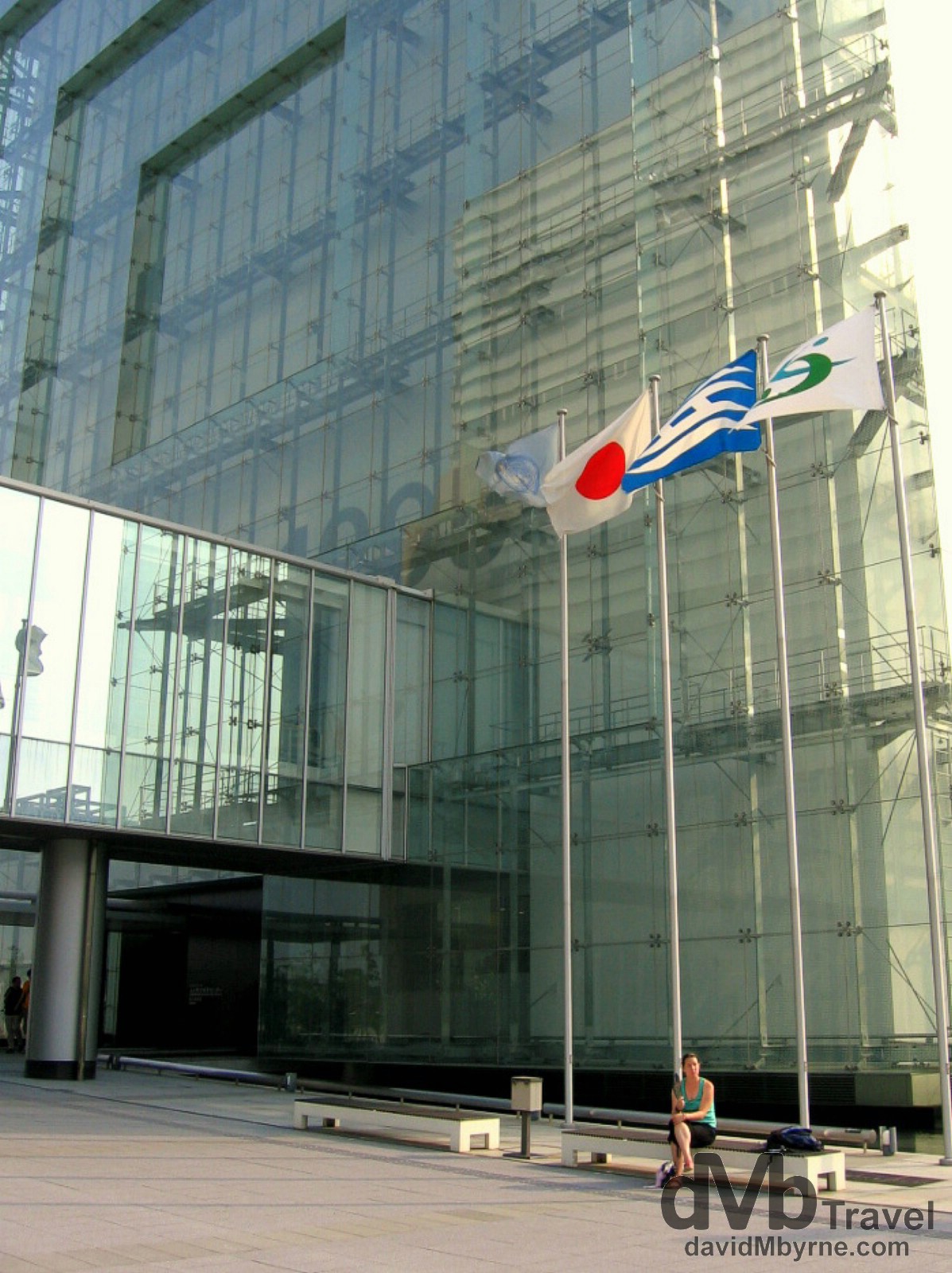 As dawn broke in Kobe on that January day in 1995 the city resembled a war zone with buildings and highways toppled, whole neighbourhoods in flames, some 6,500 people dead and tens of thousands homeless. Although the authorities were criticized for not responding promptly to the disaster, Kobe has tried its best to get back to business and today the city bears little signs of the tragedy. Although it has almost totally recovered (physically at least) from the quake it has far from forgotten this horrific event, one highlighted brilliantly at the city’s awesome Great Hanshin-Awaji Earthquake Memorial Disaster Reduction & Human Renovation Institution. One would really need more than the 2 hours I spent in here to get full value for the entrance fee but even 2 hours is sufficient to get a good appreciation for the scale of the destruction caused by the quake, something the interactive presentations in here highlight brilliantly. Seeing so vividly the destruction it was hard to believe while walking around the streets of Kobe this evening that the quake was only a little over 10 years ago. The Great Hanshin-Awaji Earthquake Memorial Disaster Reduction & Human Renovation Institution in Kobe, Honshu, Japan. July 20th, 2005.