Kandy is Sri Lanka’s historic UNESCO-listed second city & cultural centre. The country’s capital in the 16th century, this sacred Buddhist site, popularly known as the city of Senkadagalapura, was the last capital of the Sinhala kings whose patronage enabled the Dinahala culture to flourish for more than 2,500 years until the occupation of Sri Lanka by the British in 1815. Known today as a city of culture & beauty, it’s one of Sri Lanka’s biggest draws.

Sri Dalada Maligawa (The Temple Of The Tooth Relic) 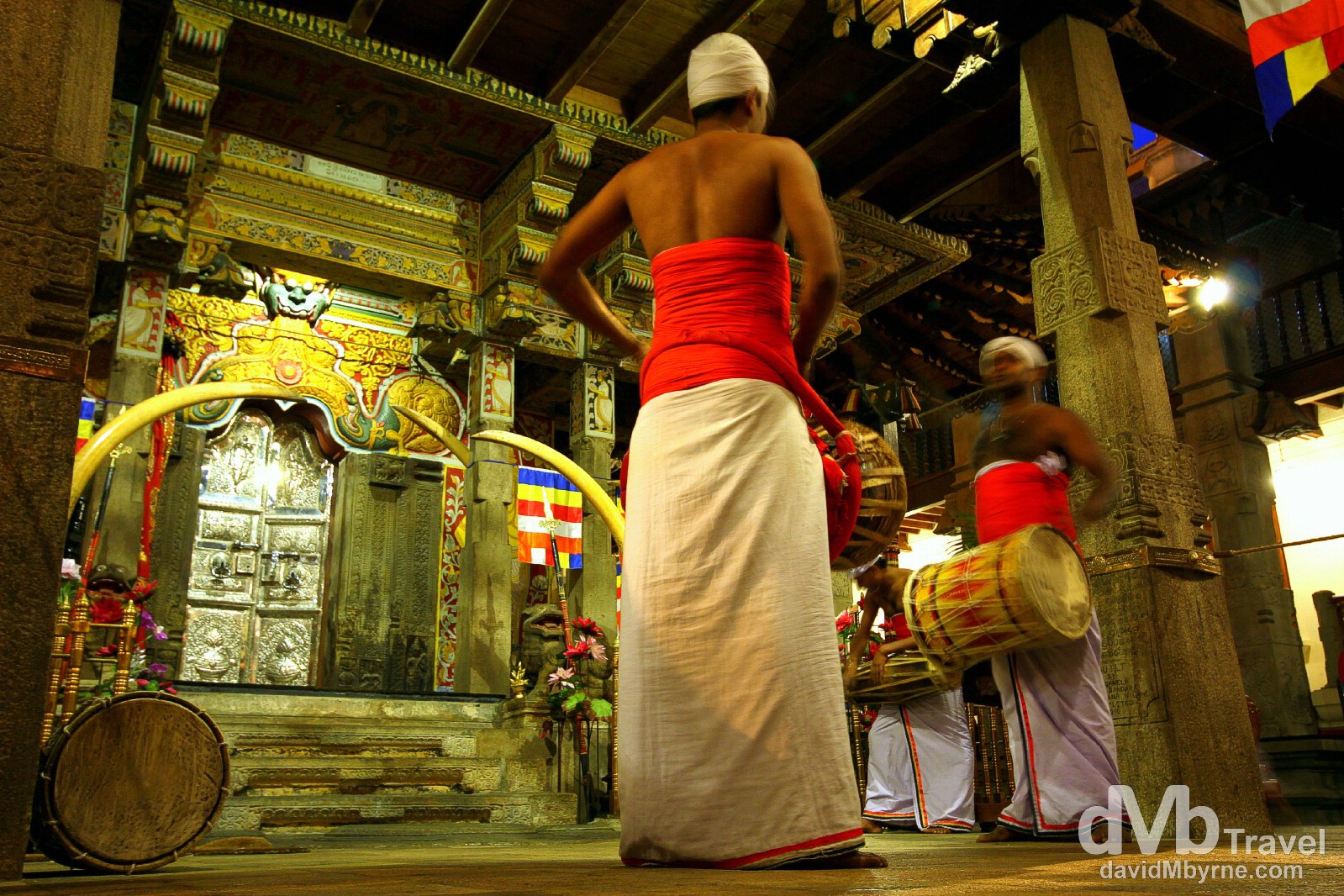 Inside the Temple of the Sacred Tooth Relic, Kandy (

Kandy is the home of Sri Dalada Maligawa, a.k.a. the Temple of The Tooth Relic, one of the world’s most venerated Buddhist shrines (& it’s partly because of the temple that the whole of the city of Kandy was, in 1988, awarded UNESCO World Heritage status). It – the temple – houses Sri Lanka’s most important Buddhist relic, a tooth of the Buddha, a relic, it is said, bestows upon the guardian of which the rights to rule Sri Lanka. Inside the temple a continuous line of devotees shuffle within 15 ft of a casket that it – the tooth – is said to be housed in.

Lighting candles in the grounds of the Temple of the Sacred Tooth Relic, Kandy, central Sri Lanka. September 8, 2012.

The importance of the Temple of the Sacred Tooth Relic cannot be overestimated to Buddhists, especially Sri Lankan Buddhists – Sri Lanka has been a centre of the Buddhist religion & culture since ancient times being the nation where the Buddhist teachings were first written down. It also has the longest continuous Buddhist history of any predominately Buddhist nation; there has been a continuous Buddhist influence here since it was first introduced into the country in the 2nd century BCE. As a result, 70% of the some 20 million Sri Lankan population are Buddhist, & Buddhism is given special recognition in the Sri Lankan Constitution which requires Sri Lankans to ‘protest & foster the Buddha Sasana’. 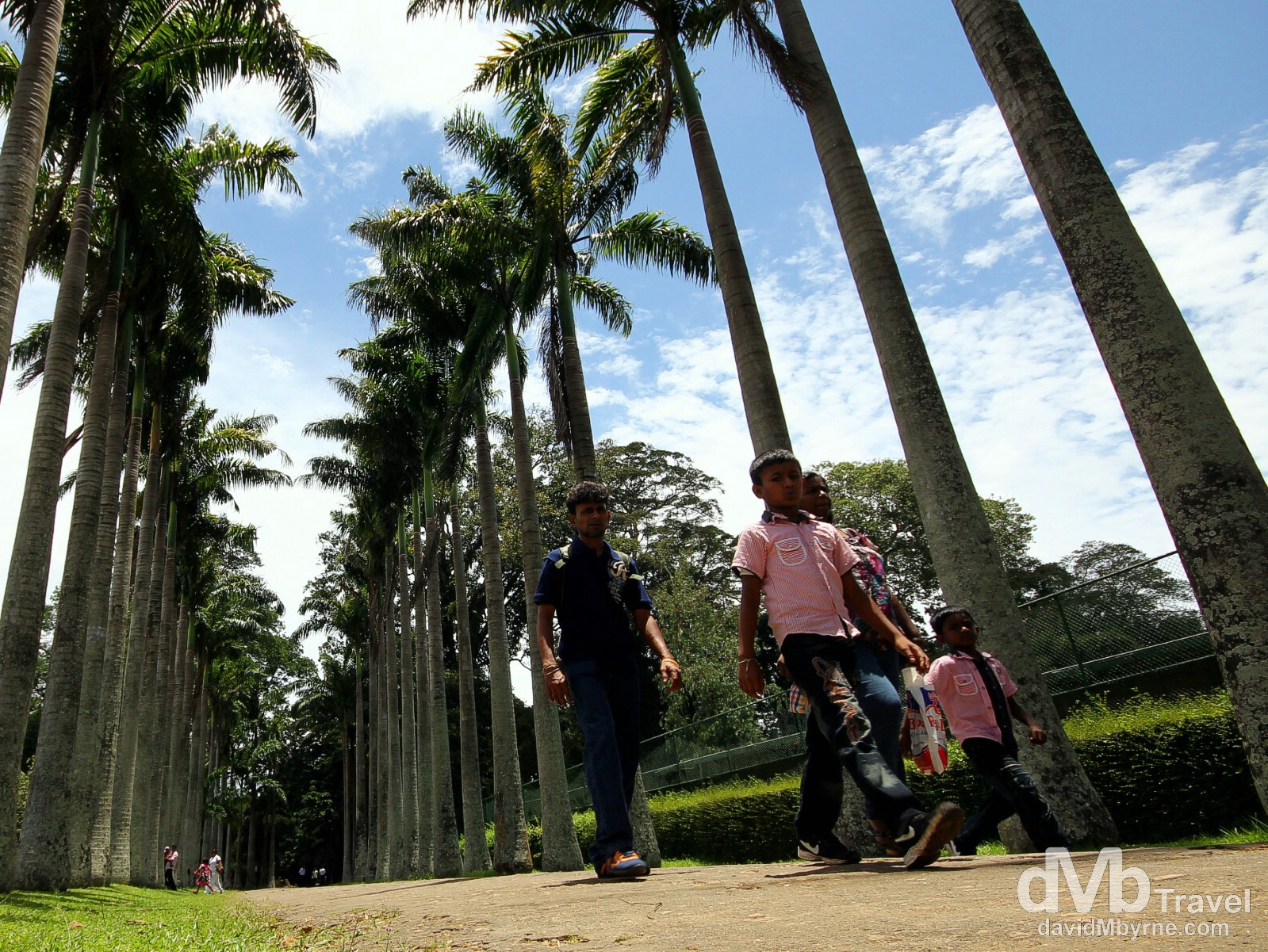 Kandy, one of the most scenic cities in Sri Lanka, was the last capital of the ancient kings’ era; it was in Kandy in 1815 that the last dynastic Sinhalese rulers ceded the country to the British having resisted the Dutch & Portuguese before them for some 300 years (independence was regained in 1948). It’s the British who are responsible for this Kandy attraction, Peradeniya Botanic Gardens on the outskirts of the city, where I captured this picture of Sri Lankans taking a stroll along the garden’s Palm Avenue. They – the Brits – changed what was then the Royal Pleasure Gardens into what is today the largest botanical gardens in Sri Lanka. It was here I learnt that Sri Lanka is a biodiversity hotspot, one of only 25 in the world; that it has the highest biodiversity per 10,000 km² in Asia; & that a remarkable 27% of its 3,200+ flowering plants are endemic to the country, meaning they are found nowhere else in the world. You go Sri Lanka. 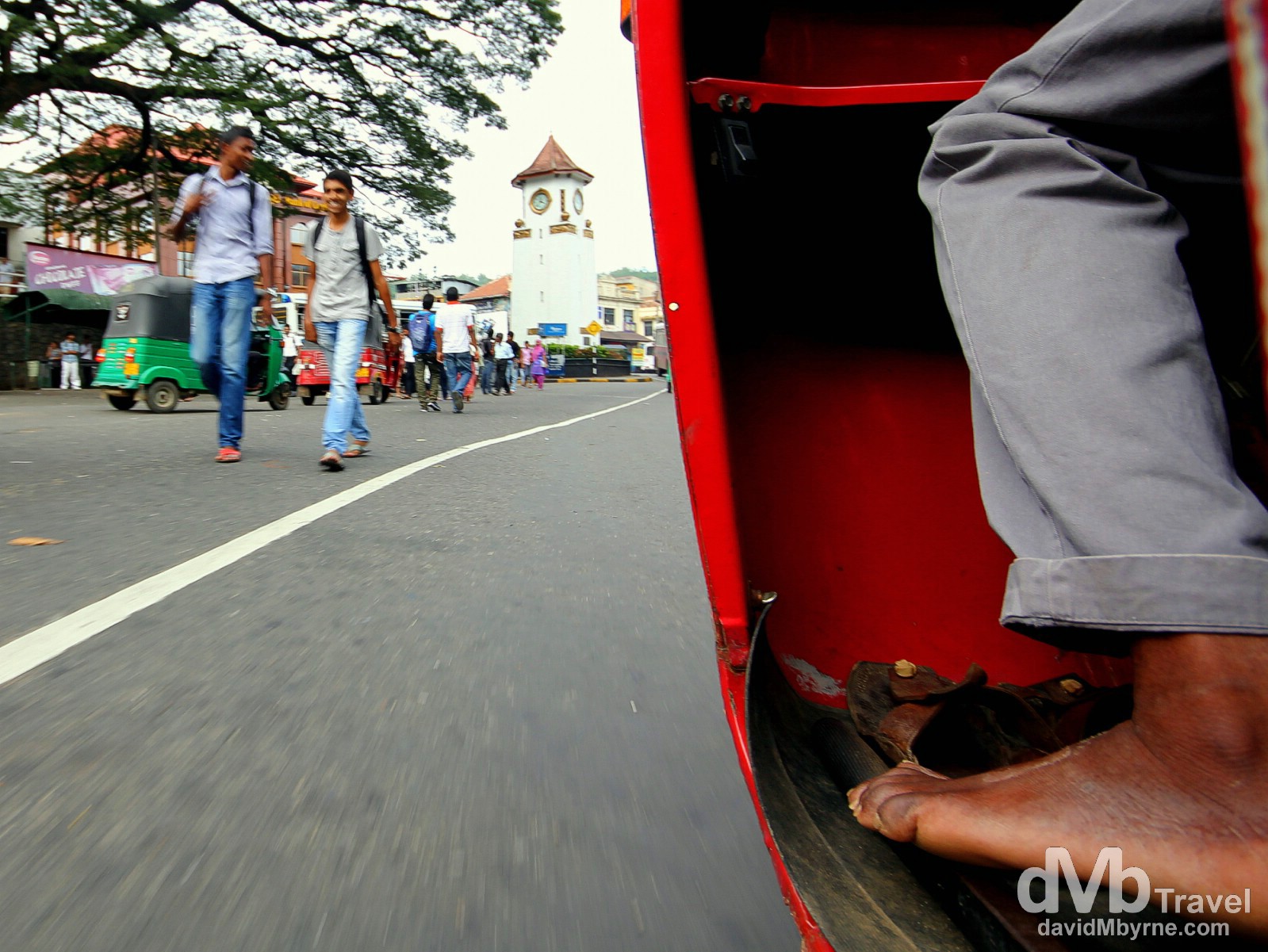 A picture taken from a tuk-tuk in central Kandy showing the city’s landmark Clock Tower. Built between 1947 and 1950, the tower was designed by Shirley de Alwis, considered the best architect in Sri Lanka at the time, and was dedicated to the recently deceased son of its builder, Haji Mohomed. Kandy, central Sri Lanka. September 9, 2012.

Tonight, on my last night in Kandy, I attended a Cultural Show at the Kandyan Art Association & Cultural Centre. It was a feast of Sri Lankan song, music & dance, & a very visual one at that. 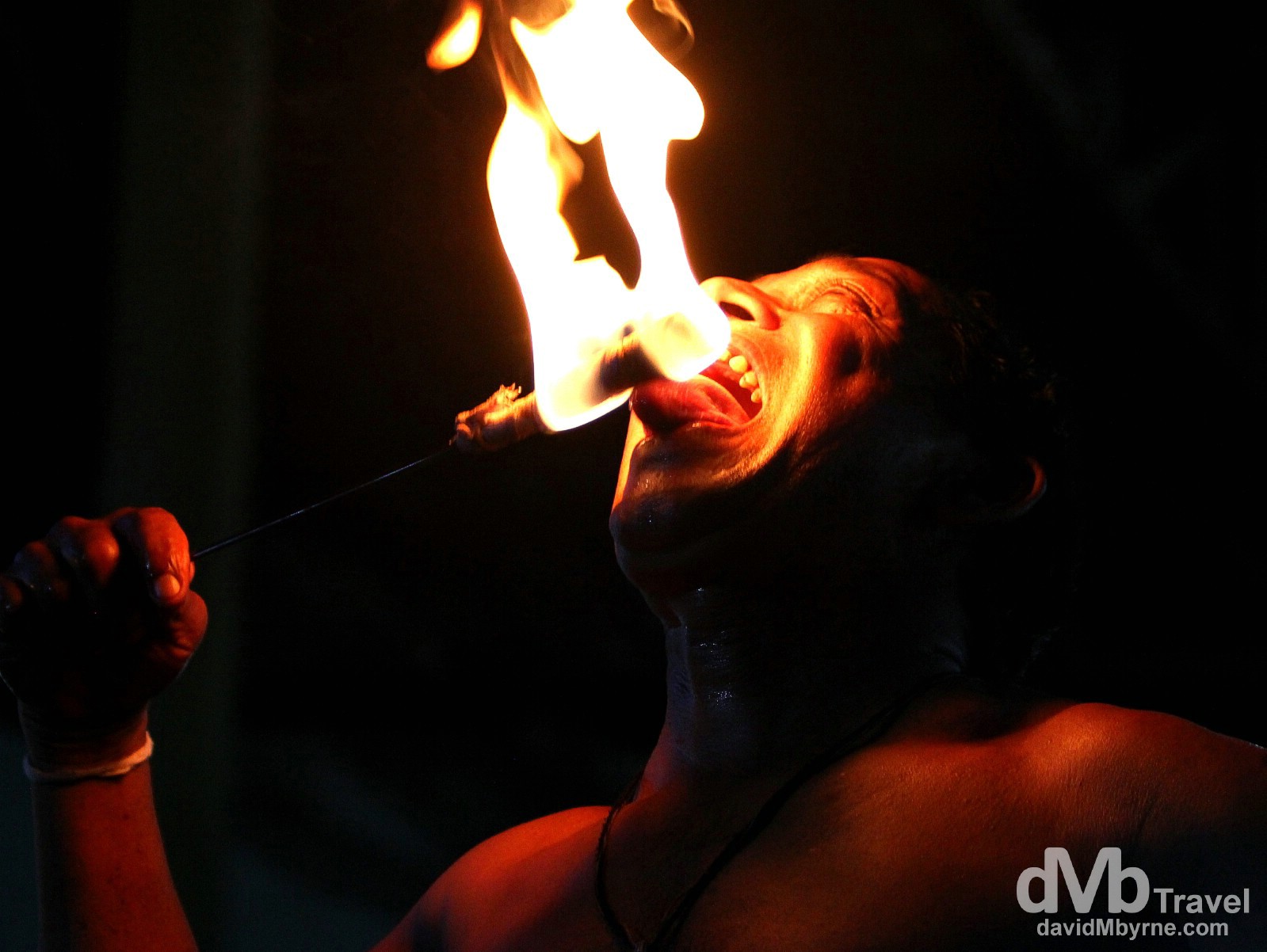 Things em, heated up once the fire-eaters took to the stage at the Kandyan Art Association & Cultural Centre as part of the Culture Show. Kandy, central Sri Lanka. September 9, 2012.