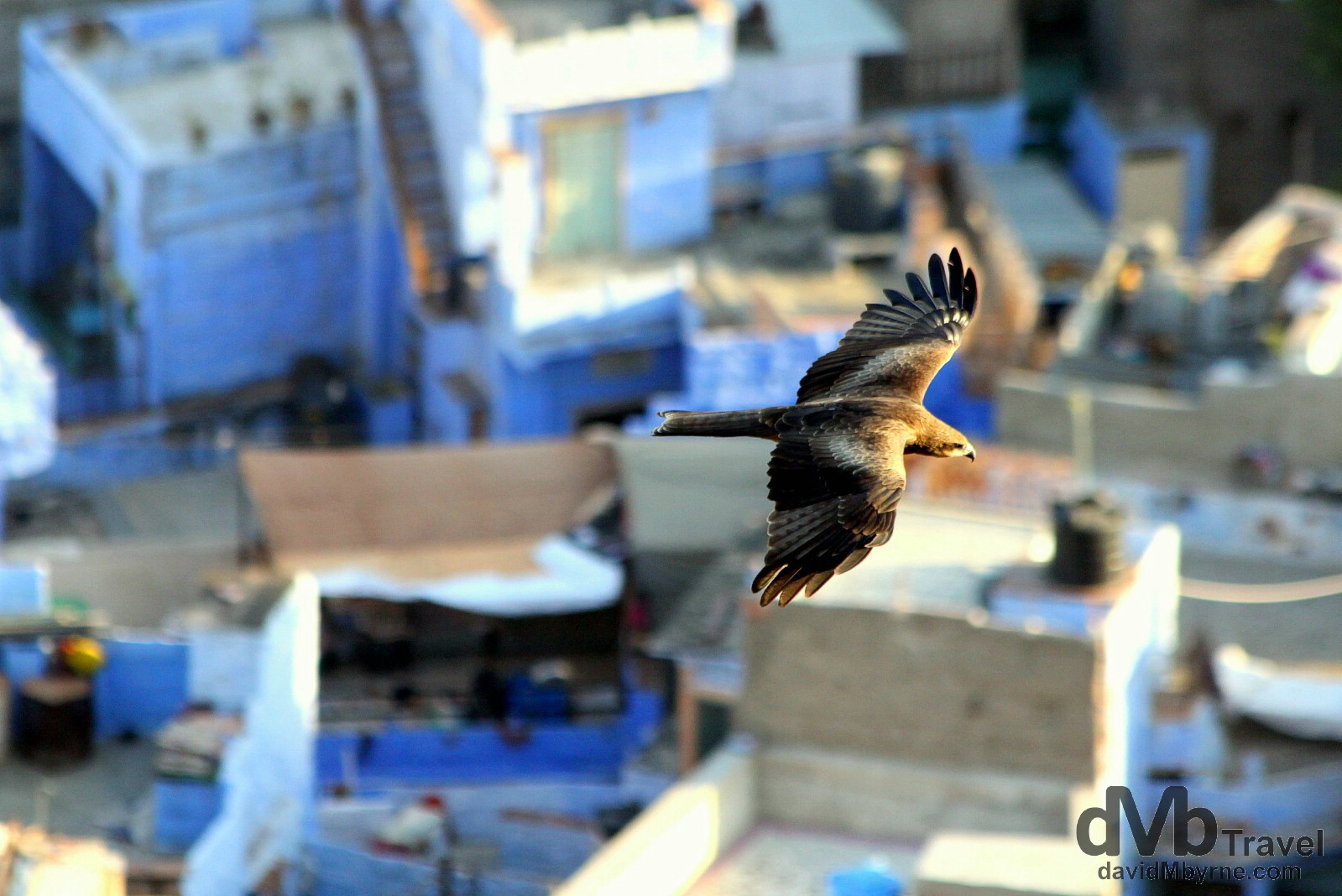 Jodhpur, a.k.a. The Blue City, is the last stop on my 3-stop itinerary of the Indian state of Rajasthan, the dusty, crumbling, ancient Land of Kings, home of the Rajputs, strong Hindu warrior caste clans with a passionate belief in the dictates of chivalry who controlled this region of India for more than a millennia. 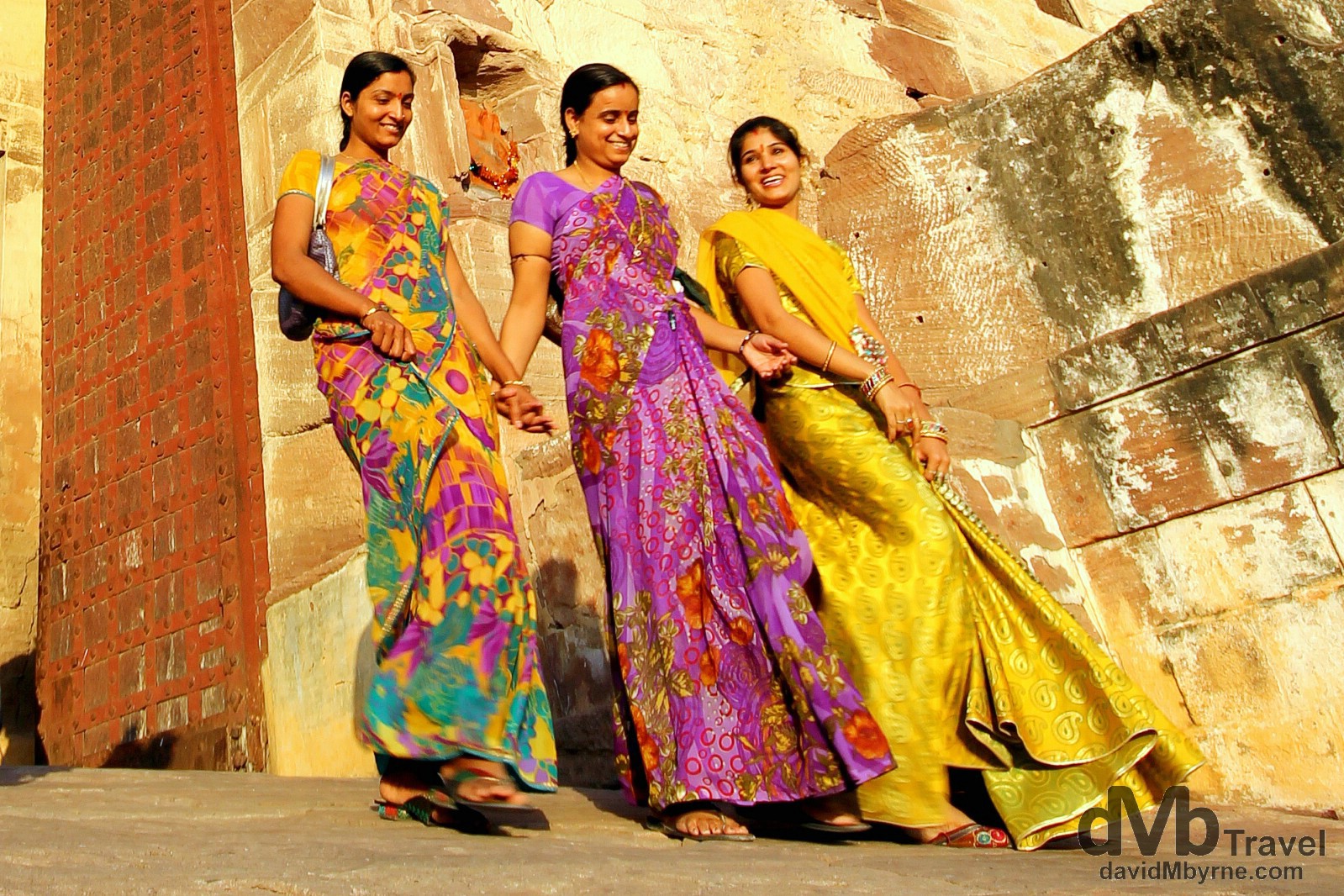 Jodhpur, Rajasthan’s second city, is another ancient place (founded in 1459) steeped in Rajput history. And in a land full of forts, Jodhpur’s Mehrangarh Fort may just be the most famous, and certainly the most impenetrable of them all. 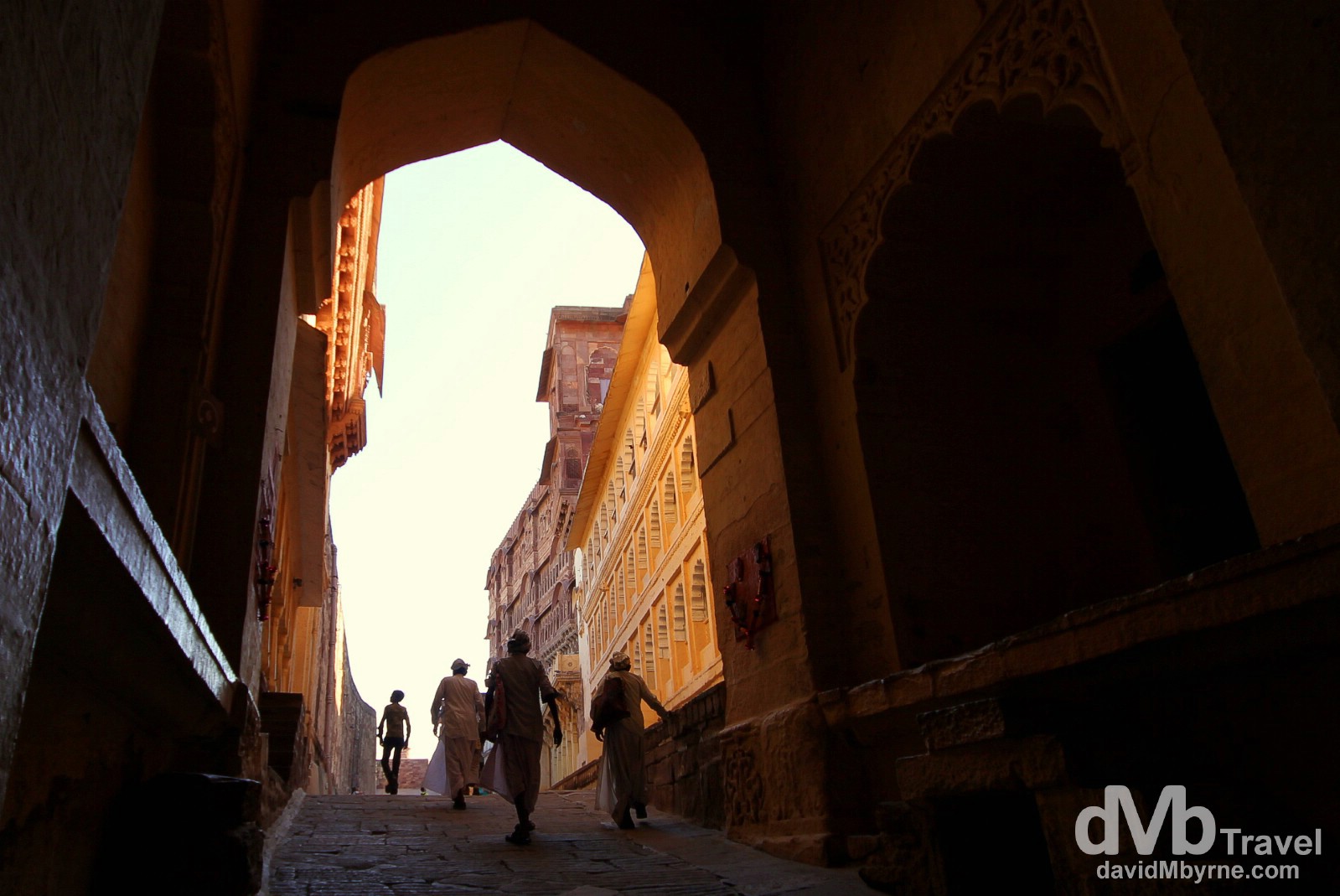 Inside the walls of Mehrangarh Fort are some magnificent palaces and massive gateways, the most famous of which is the Lohapol (Iron) Gate seen here. Mehrangarh Fort, Rajasthan, India. October 5th 2012. 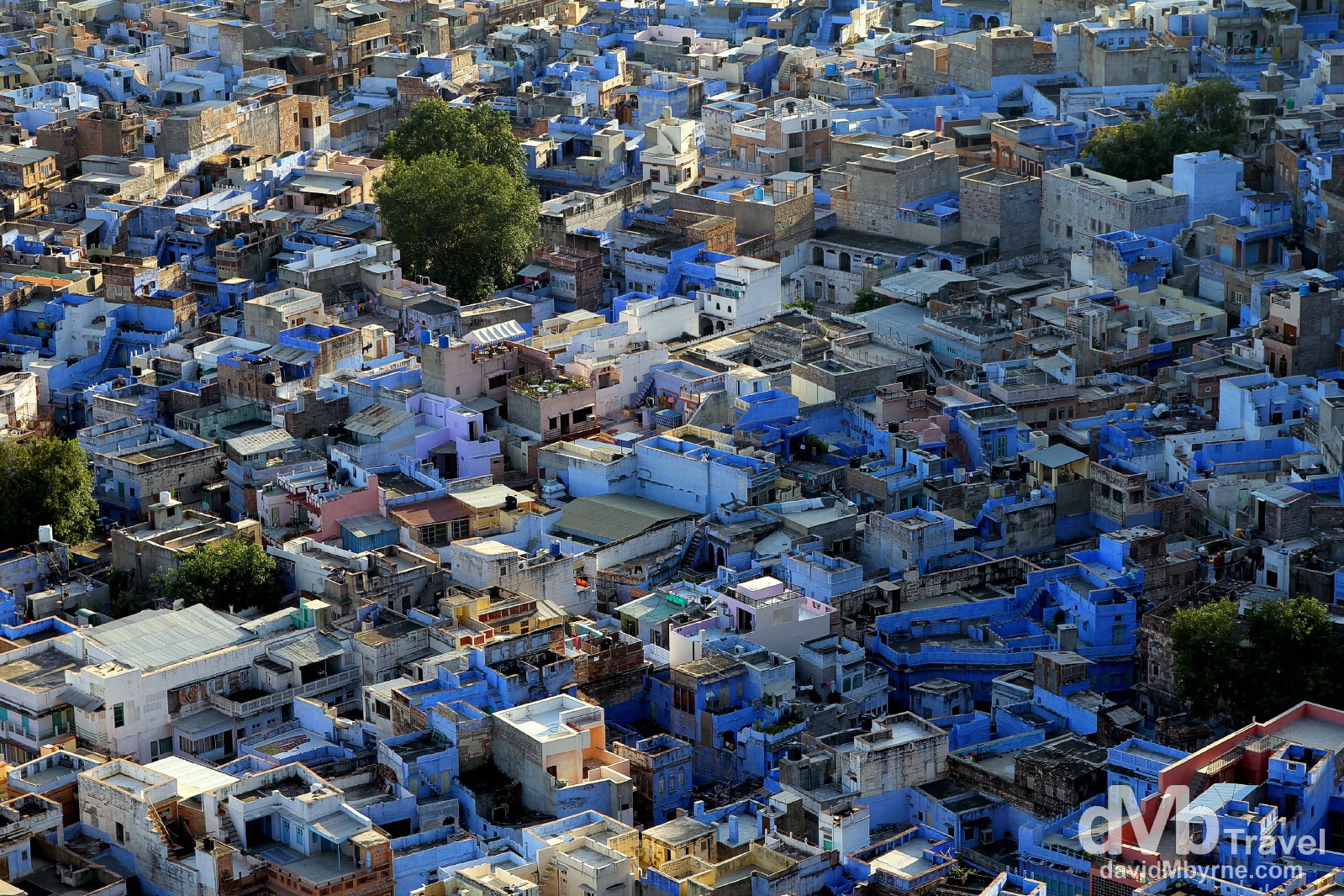 Mehrangarh Fort soars 125 metres above the surrounding plains on the top of a rocky hill enclosed by a high 10 kilometre long wall. The ramparts of the walls enclosing Mehrangarh Fort afford amazing views down over the blue rooftops of the Old Town of Jodhpur, a.k.a. The Blue City, a fascinating jumble of buildings seen from this vantage point. Jodhpur, Rajasthan, India. October 6th 2012. 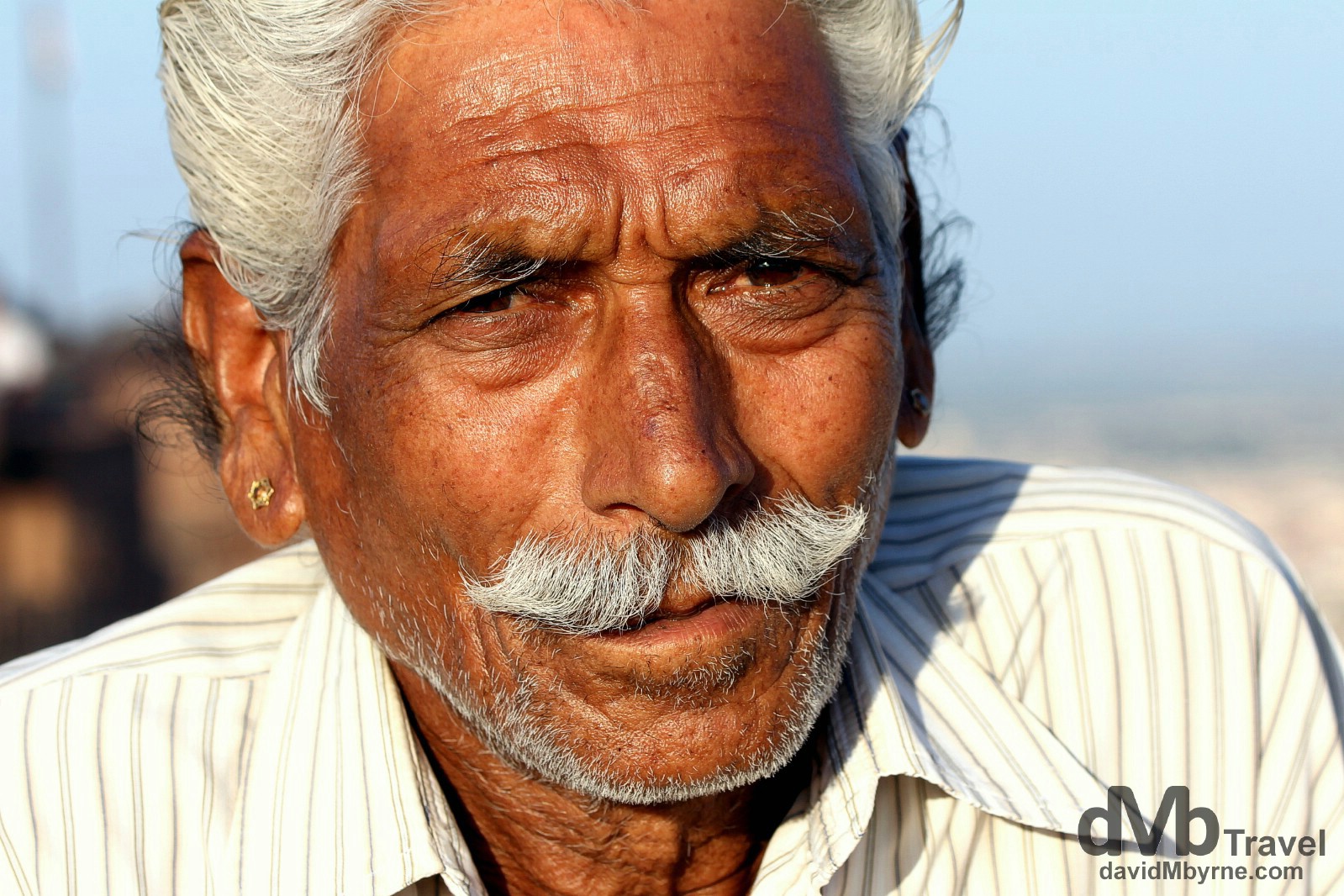 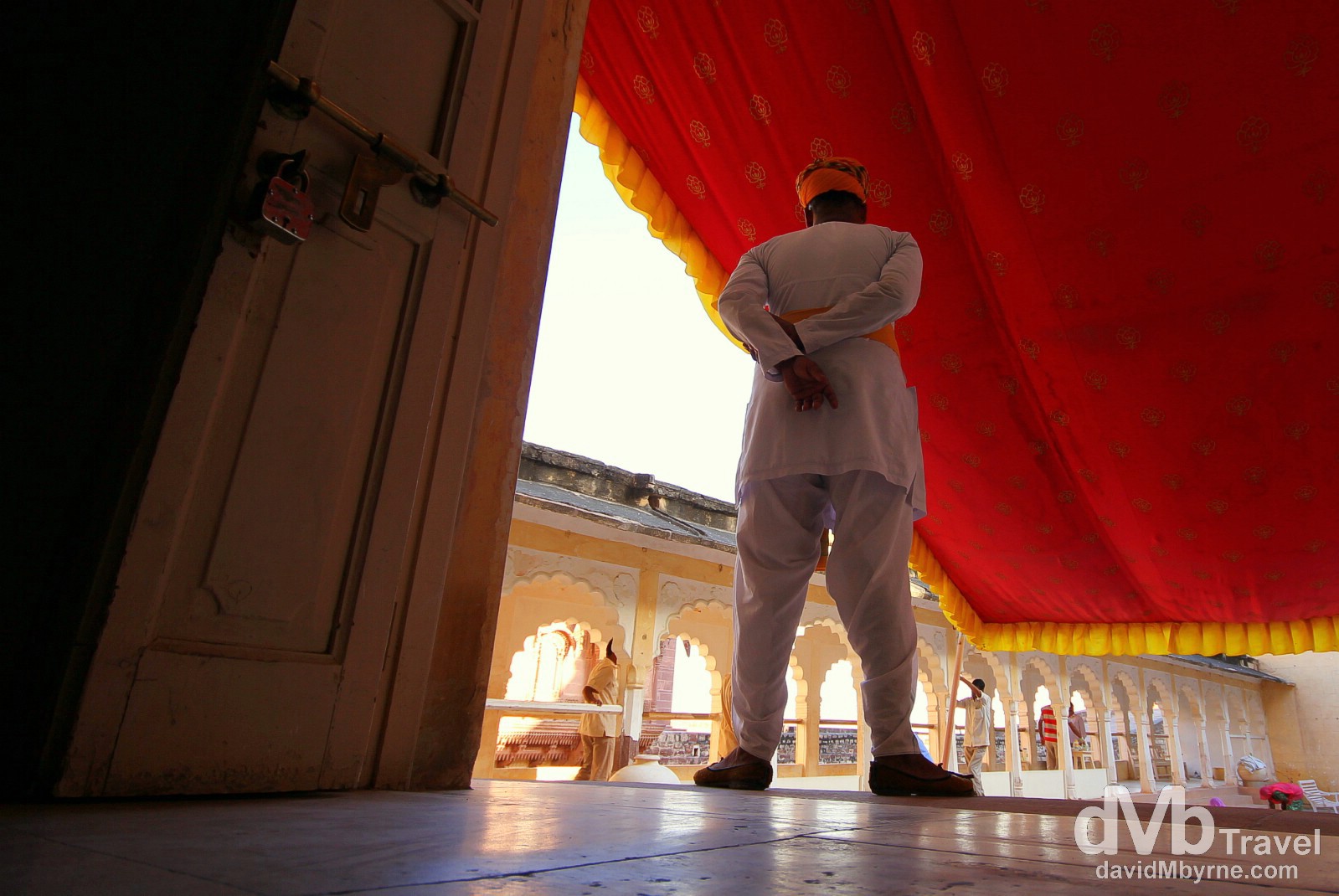 Having come from quieter regions in the south of the country, Jodhpur is easily the largest city I’ve visited thus far on this trip to India. Things will get busier before I leave the country but for now the activity seen down Nai Sarak, Old Town Jodhpur’s main road, reminded me just how bustling India can be. 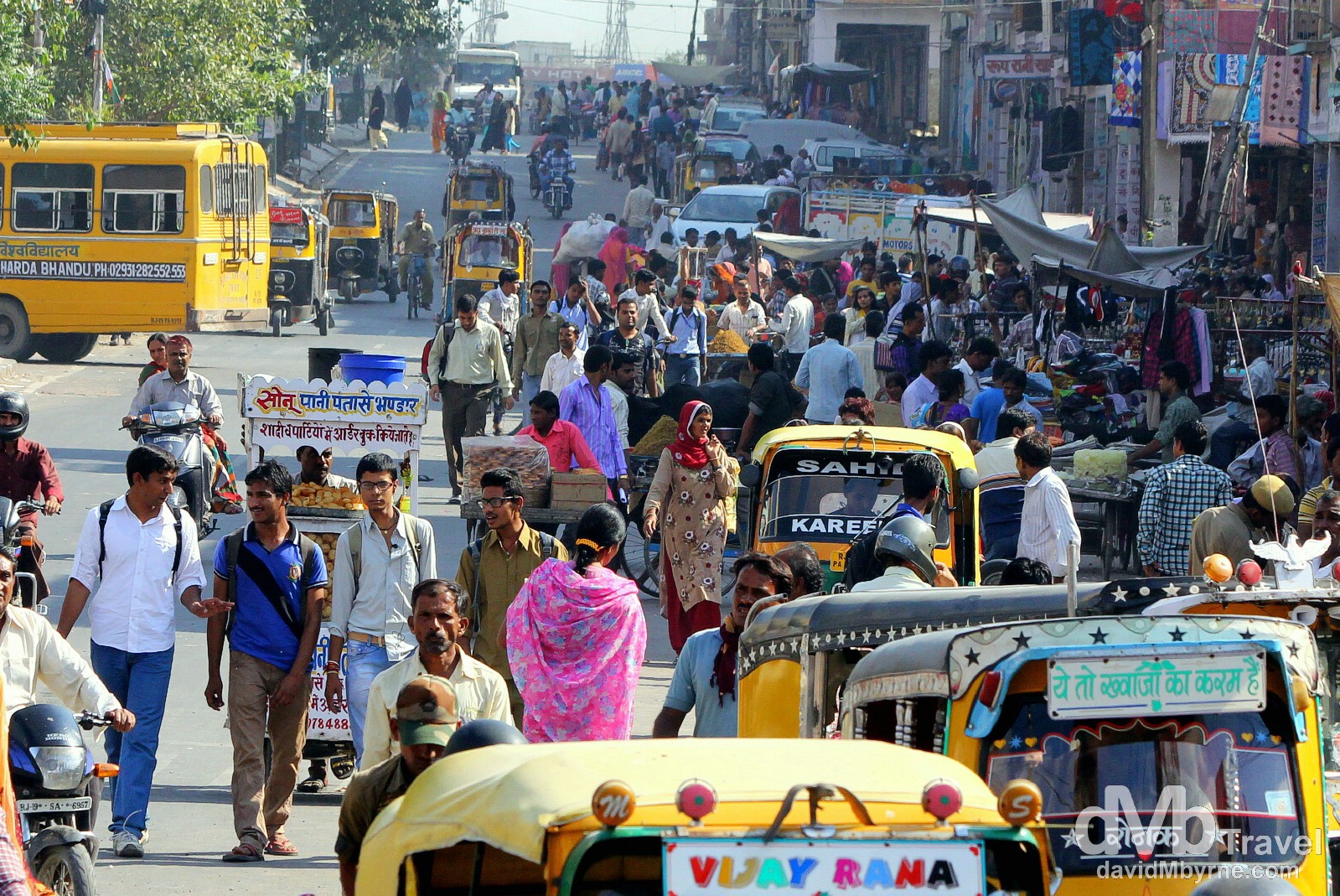