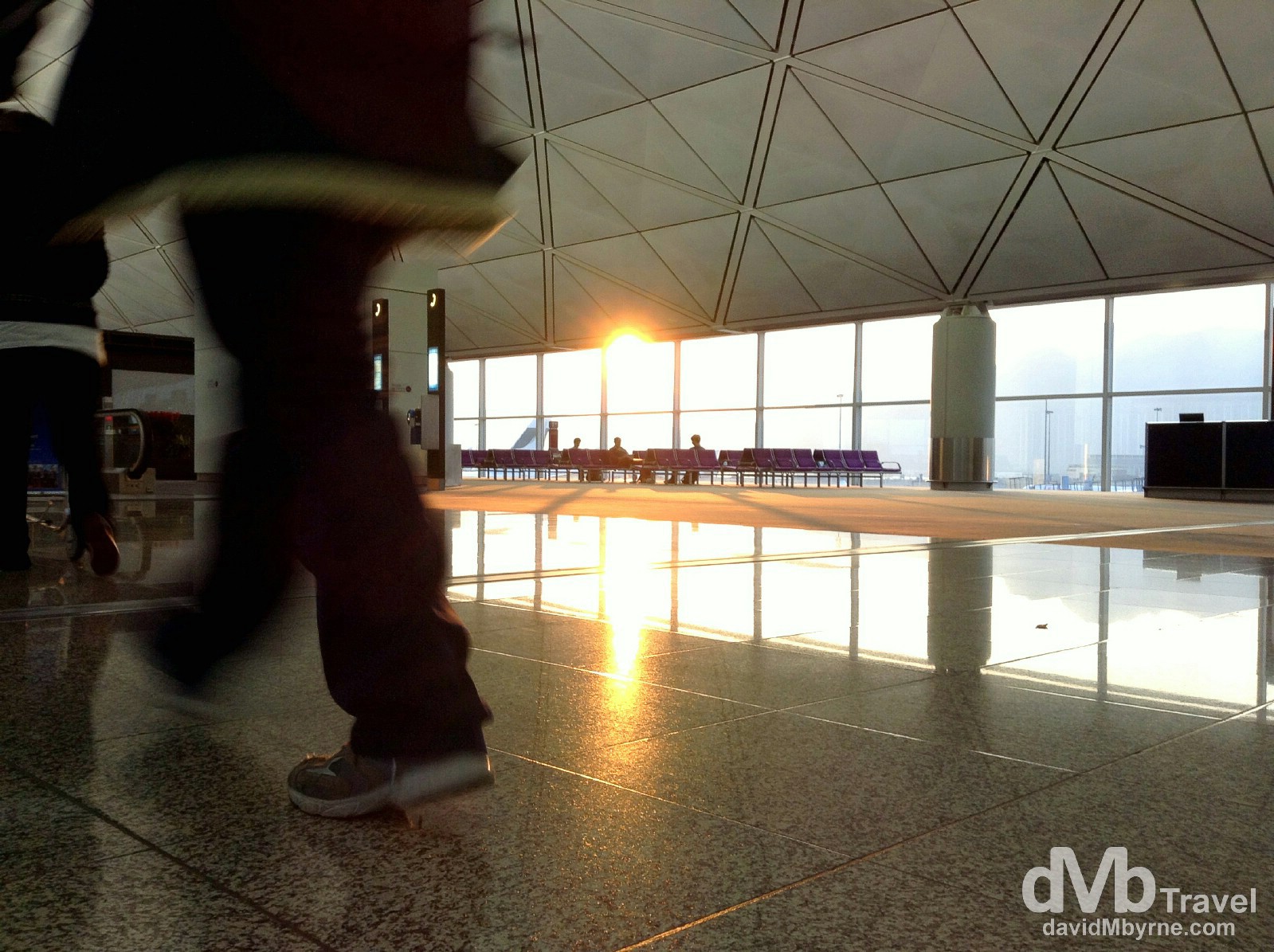 It’s January 17, 2013, & I’m on the last of three flights from Ireland en route to South Korea, where I’ll stay until the 26th of February before a return to Hawaii to & start of a period of extensive travel & photography / photography & travel through North & Central America. And I’ll be going there armed with yet another means of capturing images.

Resistance is futile. I’m now officially one of those mobile uploads people, adding a new dimension to my photography arsenal all thanks to a Christmas present of an iPod touch. It – the iPod – is a very nice piece of kit, one I’ll find many uses for when on the road – I’m already wondering how I lived without such a device up to this point. All that said, I’ll never really take a device like an iPod or a smartphone serious as a photography tool but I’m all for having fun with it, just like I did in Hong Kong International Airport a few hours ago when I captured this picture of sunrise (kind of) while on a 3-hour layover waiting for my flight – this flight – to Seoul. So no doubt there’ll be more mobile stuff to come over the coming months. Oh, & I’m pretty sure this is the first picture I’ve ever uploaded on-line that was captured with anything other than a Canon camera. Hong Kong International Airport (