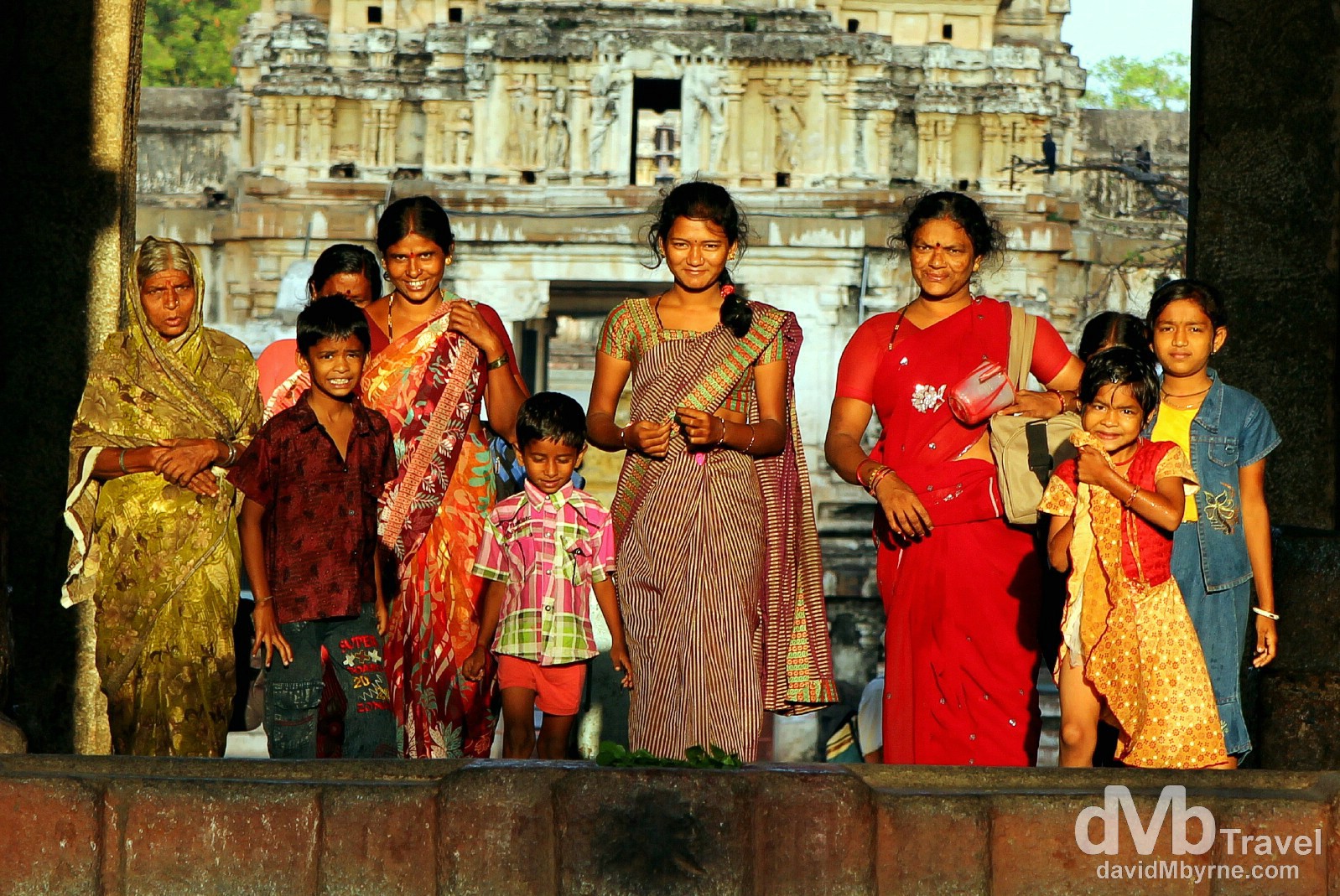 It was some ten years ago now on the beaches of Goa not long into my first visit to India. He was a memorable character so I remember the conversation with him well. I was a India greenhorn. He was anything but – he’d spent most of his vagabonding days in the country. He had one particular piece of advice for me. “You gotta go to Hampi” I was told. He said it more than a few times. Well, it has taken a decade & three visits to the country but I finally took his advice. I finally made it to Hampi. And it was worth the wait. 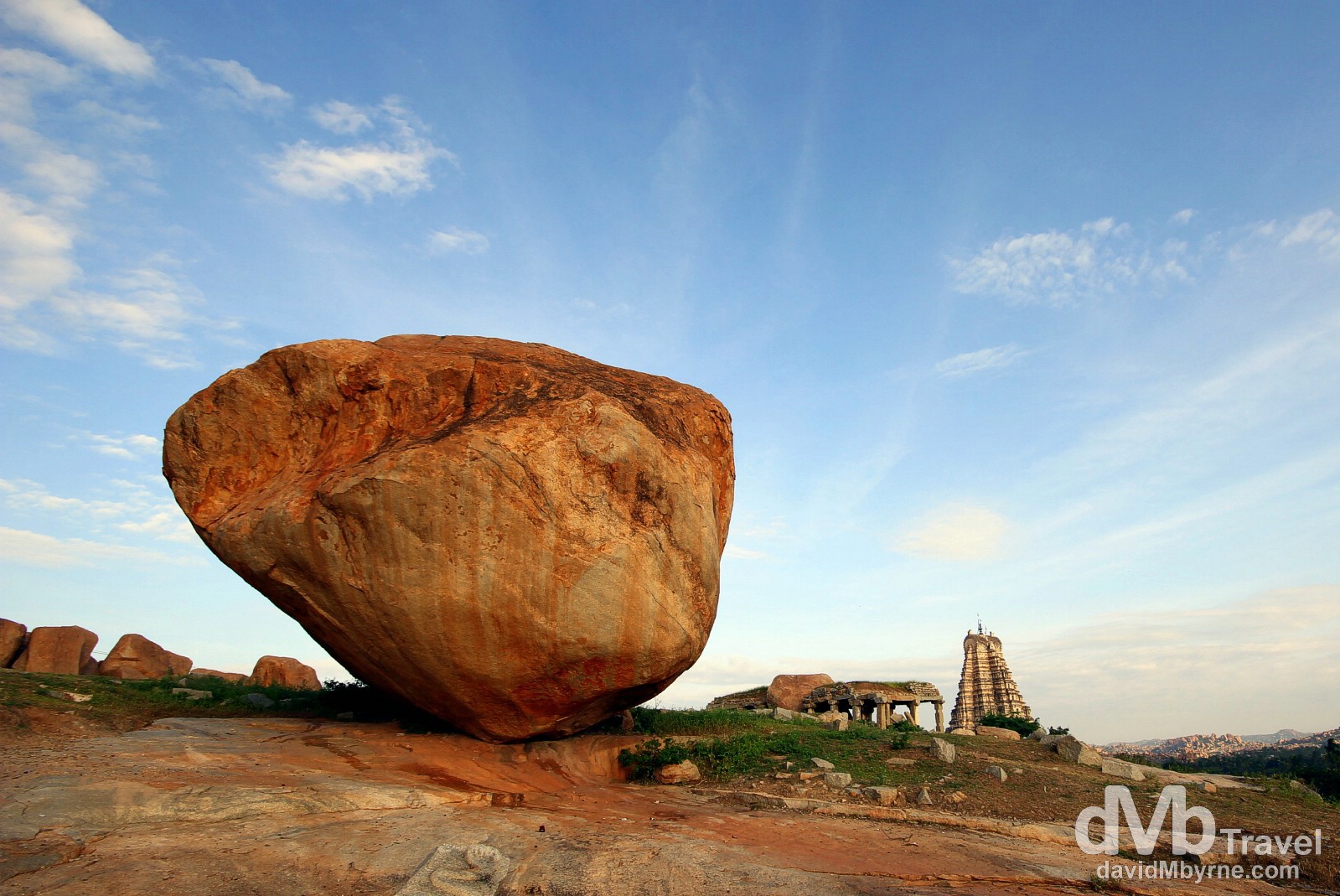 One of the gravity-defying boulders of Hampi (

Hampi itself is nothing more than a village in the north of the Indian state of Karnataka. While it’s fair to say the village itself is nondescript, it’s location within the ruins of Vijayanagara, the capital of the 15th century Hindu Vijayanagar empire, & surrounded by a hot, truly bizarre landscape terrain of banana plantations & rock expanses dotted with gravity-defying boulders. Oh & there’s also some 500+ ruins of the Vijayanagar empire, about 10% of which were collectively inscribed on the UNESCO World Heritage list in 1986 as the Group of Monuments at Hampi. It’s a scene that is quite hard to describe in words and even harder to portray in images. 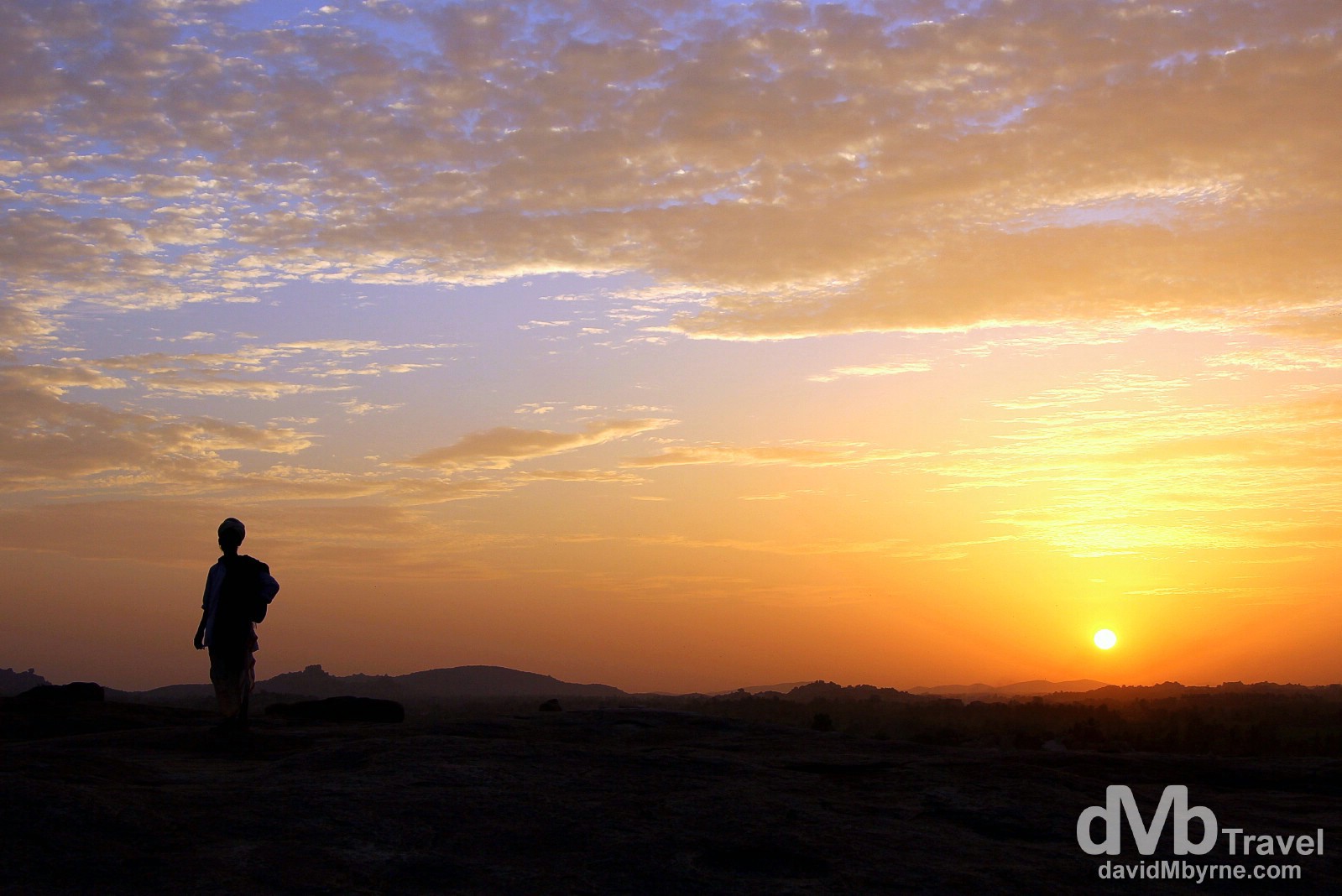 A strange sort of place is Hampi. You can either come here and exhaust yourself ogling at huge gravity-defying boulders & traipsing around 15th century ruins in 35+ degree Celsius heat. Or you can go the other extreme and do nothing from one end of the day to the other except drink banana lassi after banana lassi in any number of laid-back rooftop restaurants. After a days here of lounging & photographing -the landscape, the rocks (the ones carved by man & by nature), the temples & ruins, the monkeys, & the sunrises/sunsets – I think I got the mix just right. 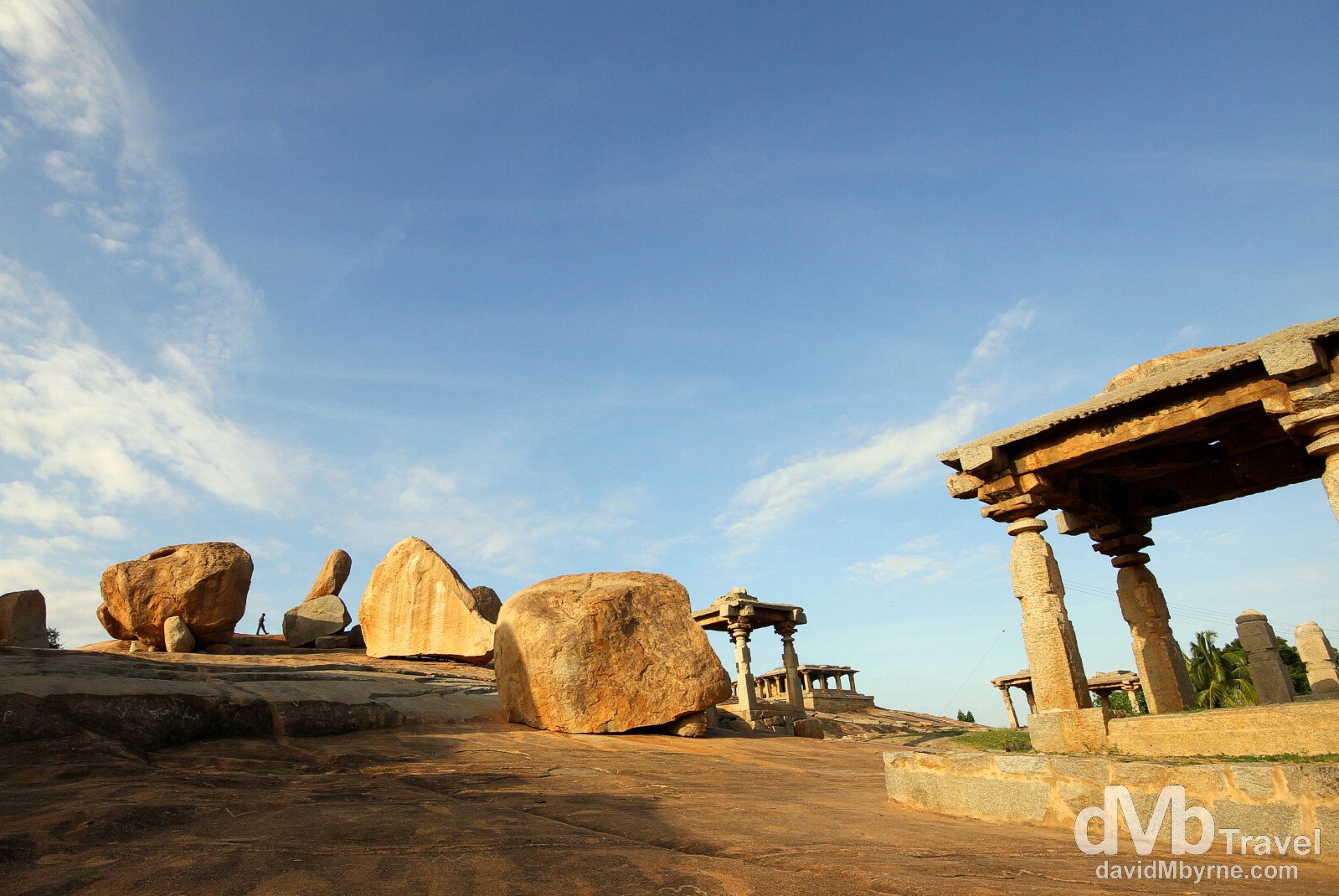 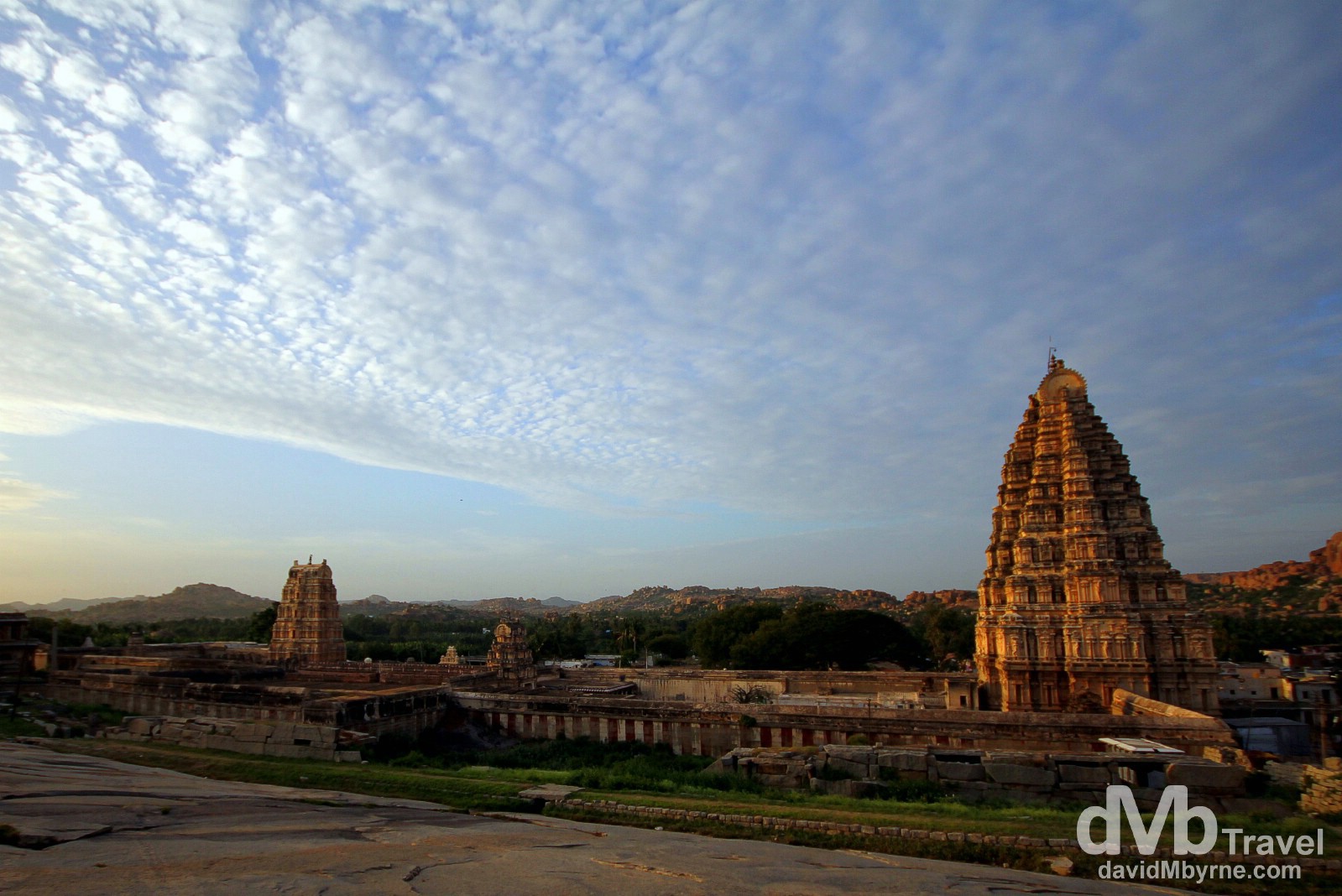 The Virupaksha temple complex as seen from Hemakuta Hill near sunset. The temple is one of the oldest structures in Hampi, not to mention one of its most distinctive thanks to its towering gopuram, a soaring pyramidal gateway tower marking the entrance to a temple complex. Hampi, Karnataka, India. September 23rd 2012.

Dawn light illuminates a group of Indians passing through the gopuram of the Virupaksha Temple. Hampi, Karnataka, India. September 24th 2012. 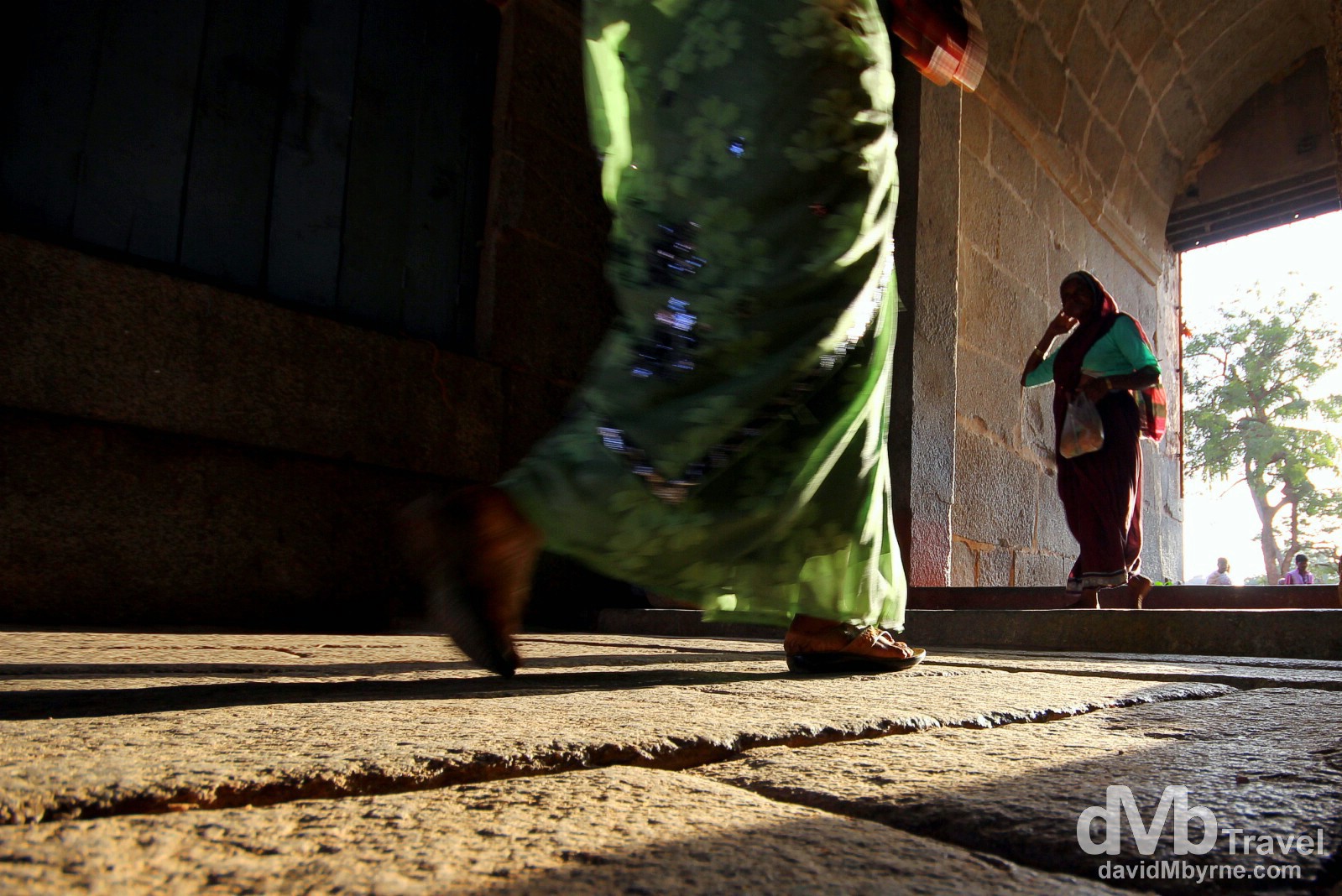 I hung around the entrance to the gopuram taking more pictures of the comings and goings. The sunrise produced some nice shadows. Virupaksha Temple, Hampi, Karnataka, India. September 24th 2012.

Of the 500+ ruins in the vast Hampi region, about one-tenth of the ruins have attained UNESCO World Heritage status – UNESCO first recgonised the importance of Hampi back in 1986. However, having unrestricted, unmonitored access to all Hampi ruins shows that the Indians entrusted with protecting them (I’m assuming there are some) really haven’t grasped the concept of preservation for the ages just yet. 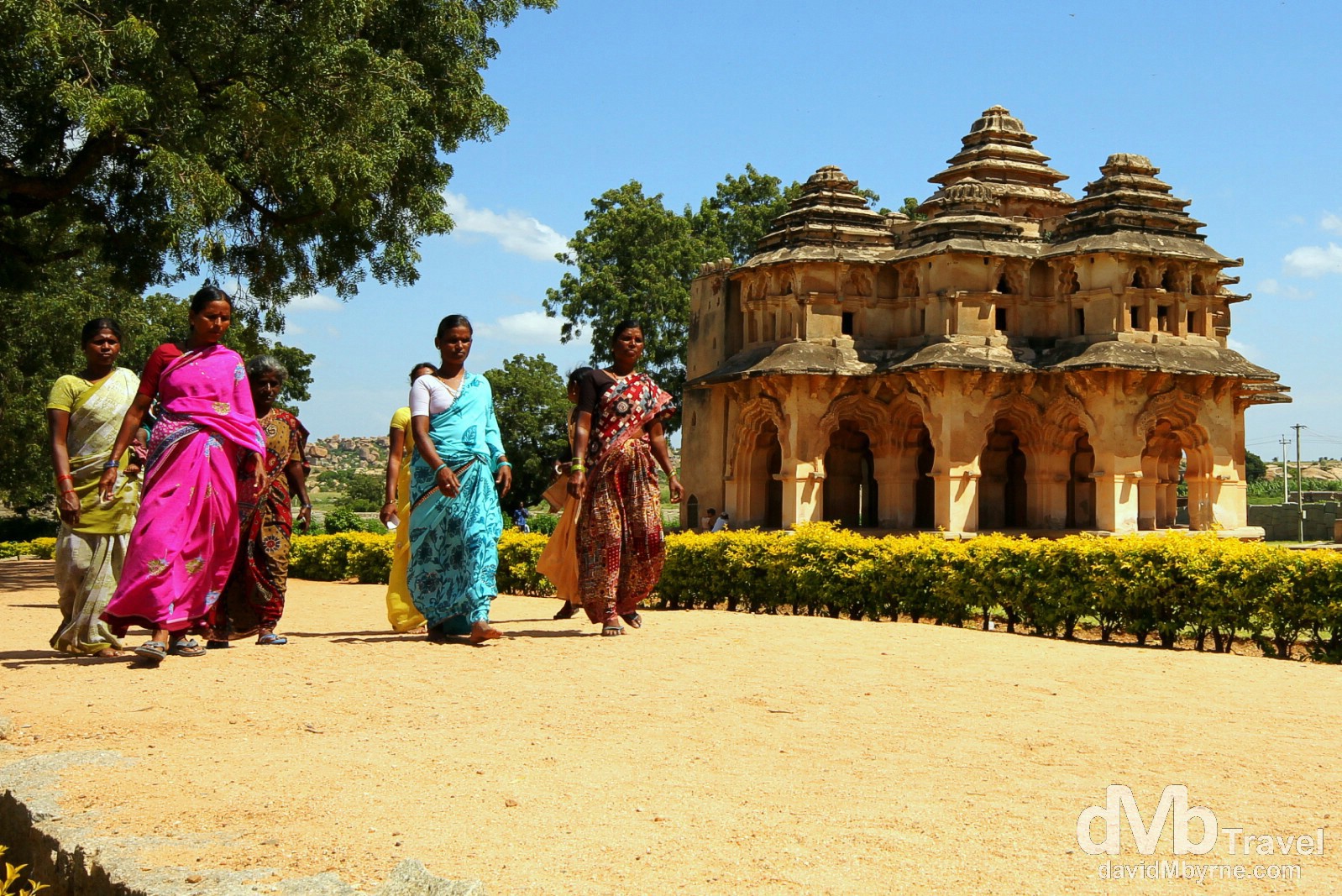 Walking in the The Royal Centre in view of the Lotus Palace. Hampi, Karnataka, India. September 24th 2012.

The austere, grandiose site of Hampi was the last capital of the last great Hindu Kingdom of Vijayanagar. Its fabulously rich princes built Dravidian temples and palaces which won the admiration of travellers between the 14th and 16th centuries. Conquered by the Deccan Muslim confederacy in 1565, the city was pillaged over a period of six months before being abandoned.

– UNESCO’s introduction to the Group of Monuments at Hampi 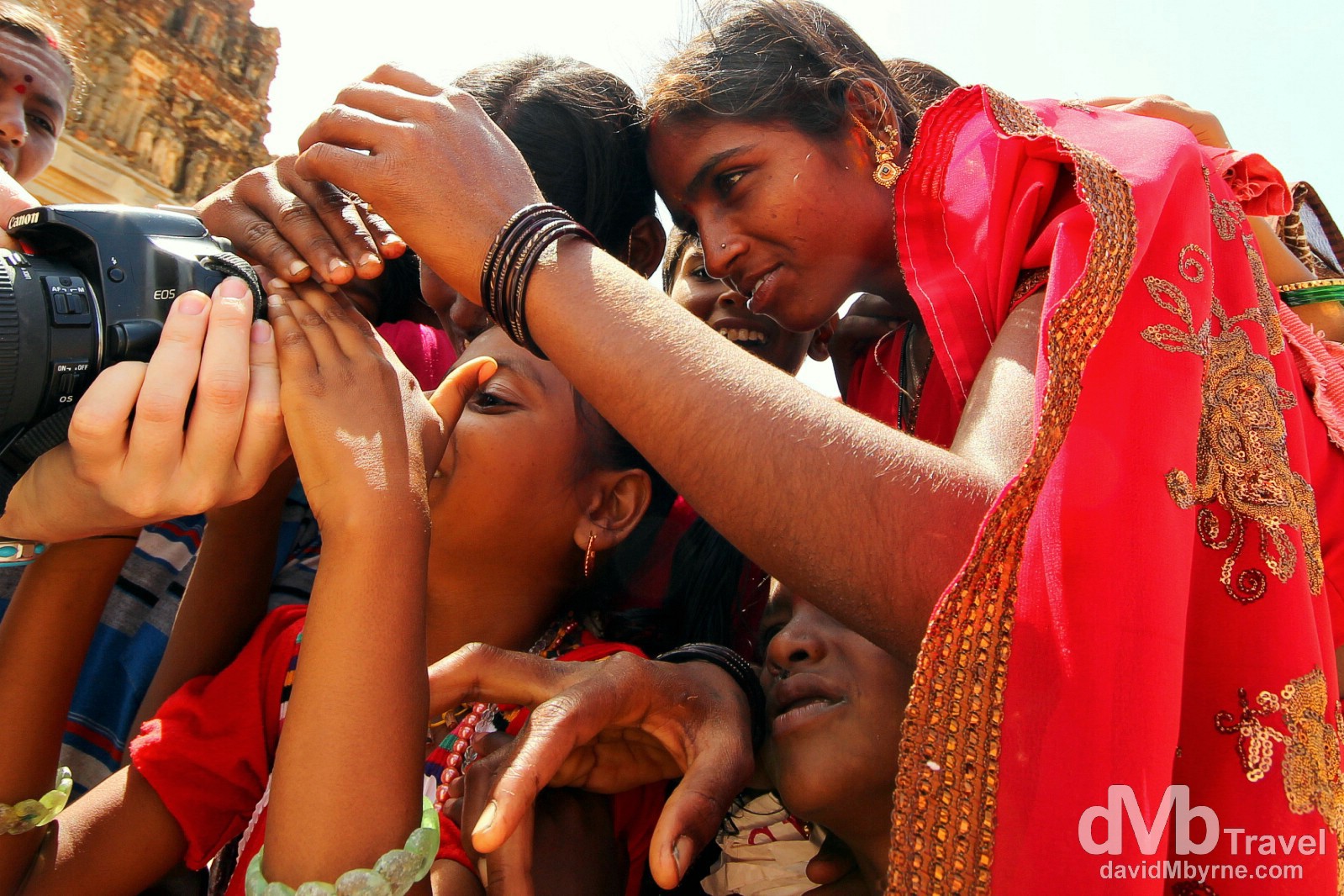 Making friends in the grounds of the Vittala Temple in Hampi. The Indians in here were so interested in the digital rendition of their faces on the LCD screen of the camera that they kept asking to have their picture taken. This was my highlight of a visit to the temple which itself is billed as the highlight of the Hampi ruins. Hampi, Karnataka, India. September 24th 2012. 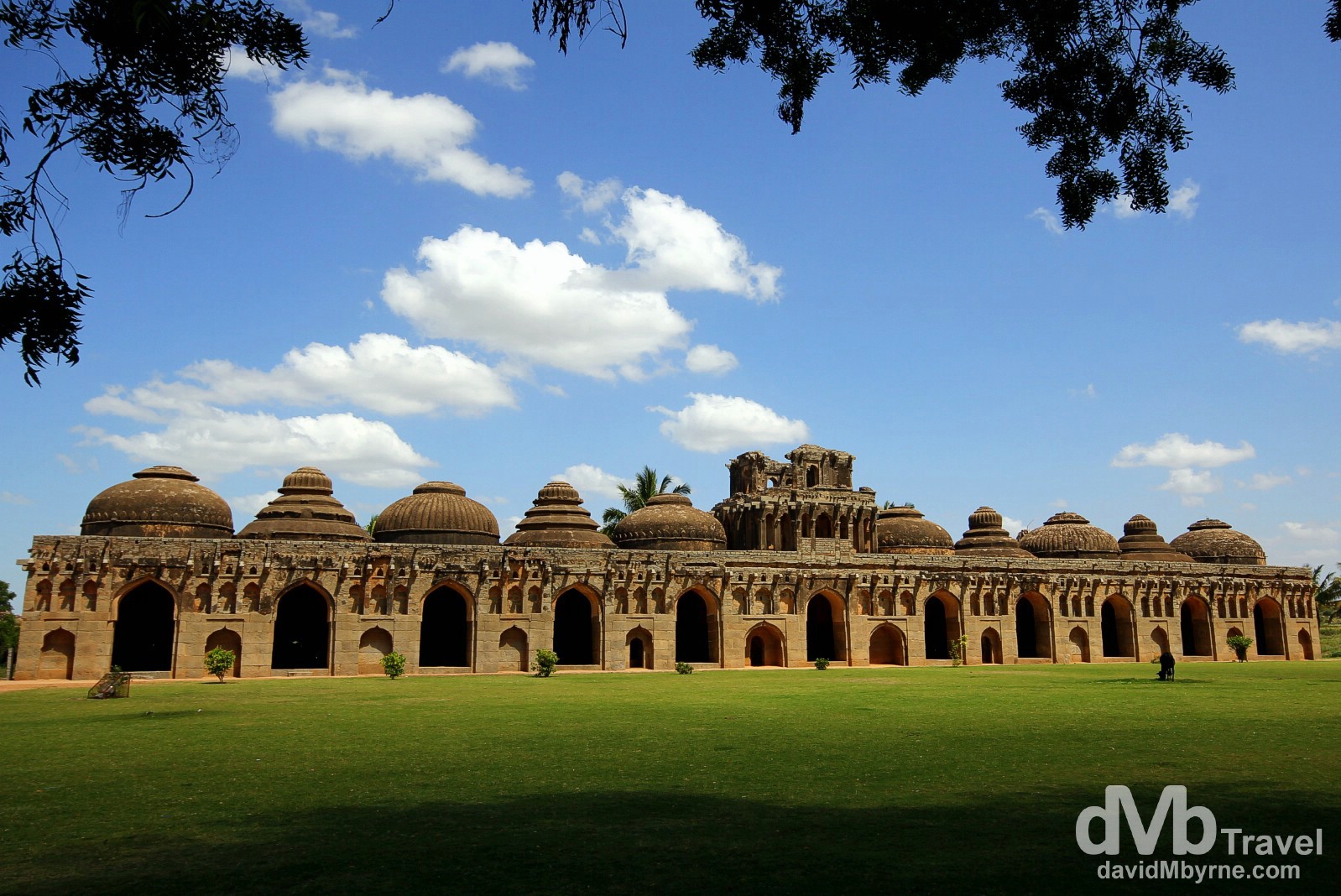