The Great Ocean Road, a 2 hour drive west of Melbourne in the southern Australian state of Victoria, is an Australian National Heritage listed 243-kilometre (151 mi) stretch of road along the south-eastern coast of Australia. The road, built by returned soldiers between 1919 and 1932, is the world’s largest war memorial dedicated to casualties of World War I.

The Great Ocean Road road winds through varying coastal terrain providing access to several prominent landmarks including the nationally significant The Twelve Apostles of Port Campbell National Park, limestone stack formations formed by erosion due to the harsh weather conditions from the Southern Ocean. Standing on the viewing platforms looking out on the power of the Southern Ocean pounding the coast is an awesome, humbling experience.

I spent most of the day driving along the Great Ocean Road. I dilly-dallied somewhat and left it a bit late getting to the Twelve Apostles. But when I did I got lucky; the sun was setting somewhat earlier than normal due to the ominous looking offshore clouds. As it turns out I was treated to some special lighting. 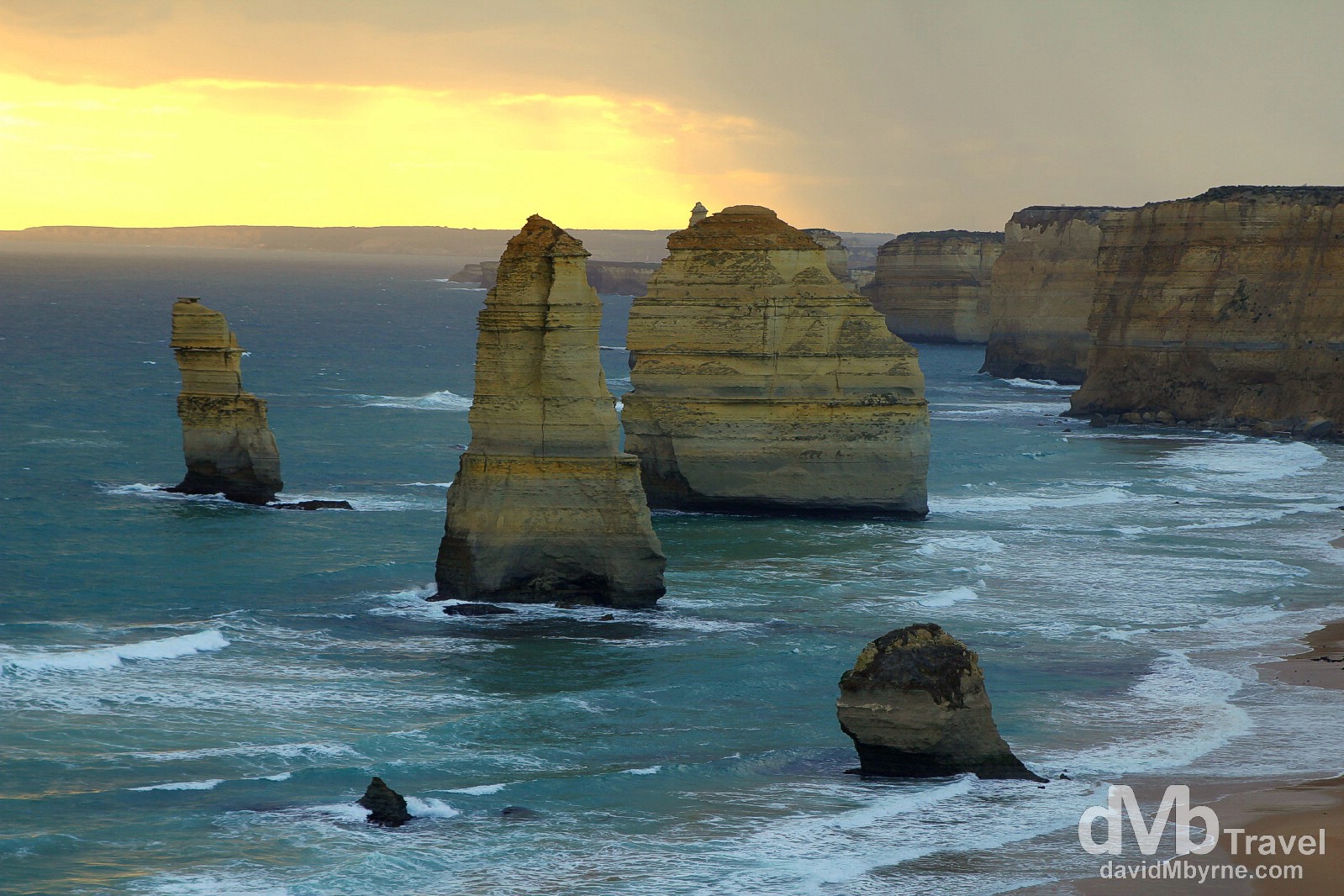 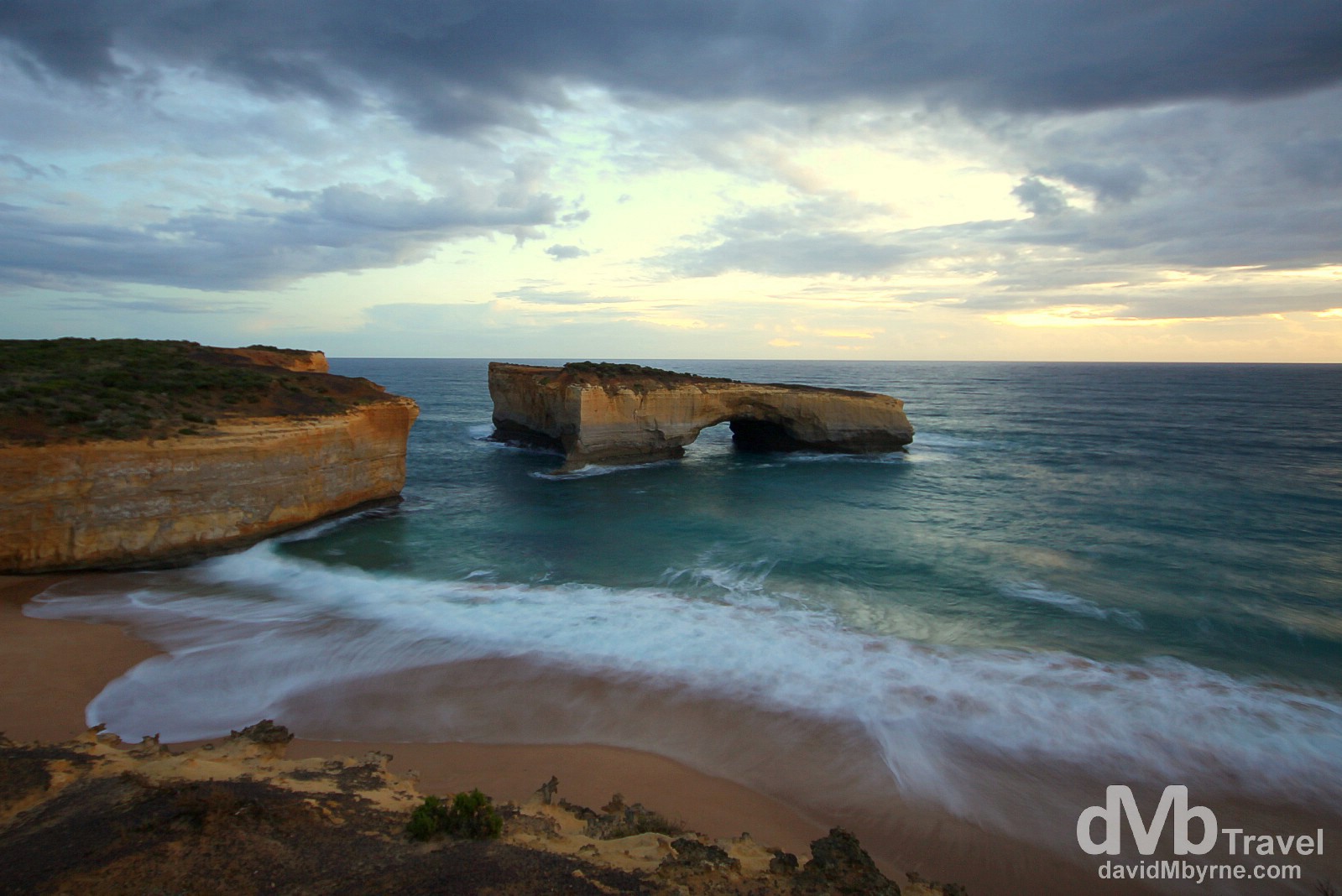 Once the sun had set I continued along the Great Ocean Road to another of Port Campbell National Park’s highlight offshore limestone formations, the so-called London Arch. The above picture was my favourite capture of the day, a 2-second exposure in very low light (it was almost dark). Until 1990 this formation was a double-span natural bridge, hence the name London Bridge. However, the arch closest to the shore collapsed unexpectedly on January 15th of that year, leaving two tourists stranded on the outer part of the structure. They were rescued sometime later by helicopter.

No such rescue drama for me – I hopped in the car and drove back to Melbourne in the dark, stopping for fish & chips en route in Torquay, the surfing capital of Australia, home to world famous Bells Beach and the birth place of iconic surf brands & the official start/end of the Great Ocean Road.