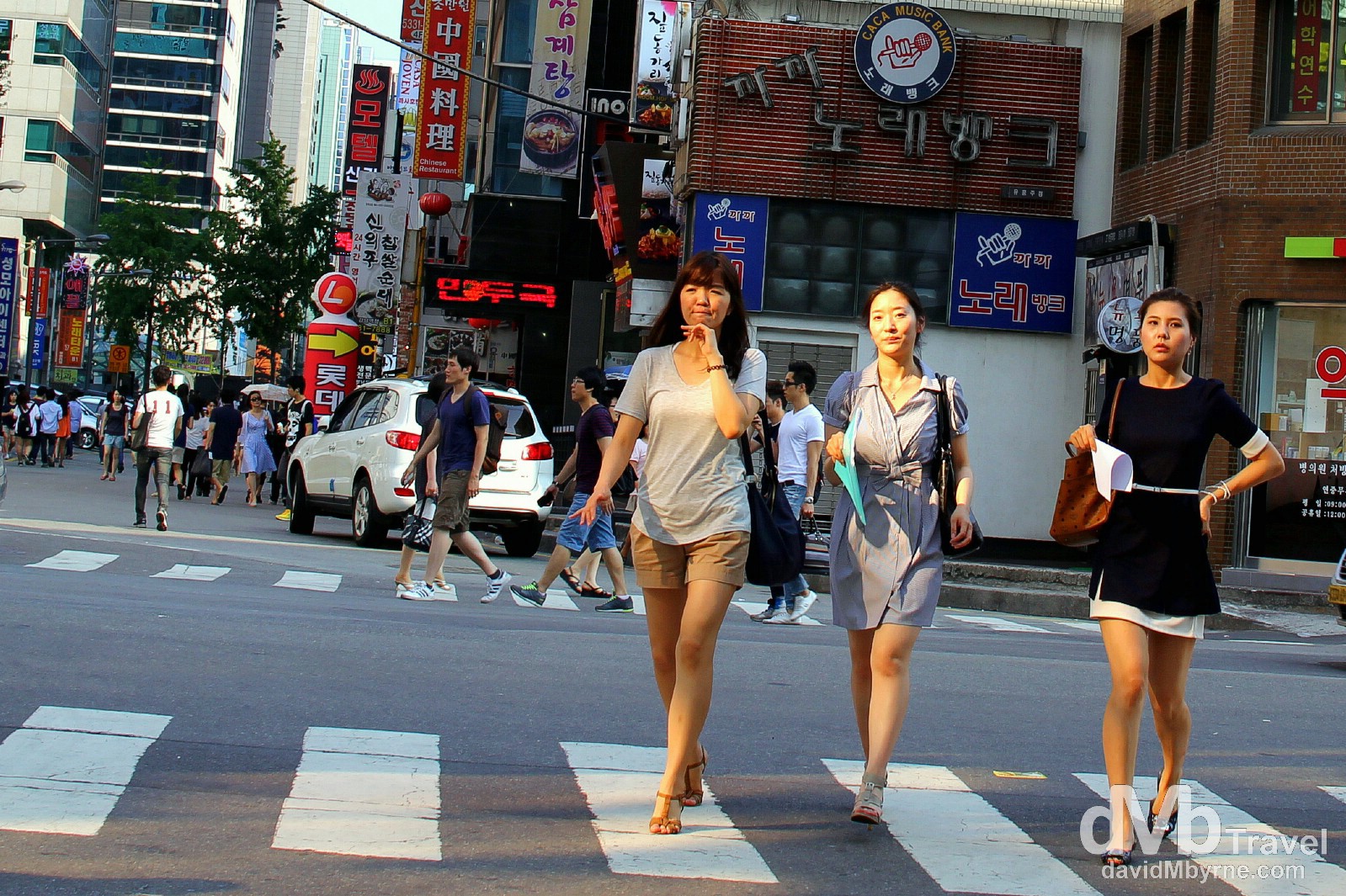 Having recently returned to South Korea from Sabah, Malaysian Borneo, I took the opportunity of being here, an Aladdin’s Cave for photographers, to add a few lenses to my arsenal. Having done so I took to the streets of Seoul, the South Korean capital, specifically the frantic streets of the Gangnam district (you’ve probably heard of it), an affluent, fashionable district full of very beautiful types most hours of the day.

Being hot but trying to keep cool on the streets of Gangnam-gu, Seoul (

). Korean summers are hot and muggy. Very hot and very muggy. This summer of 2012 just happens to be the hottest summer on record. Gangnam, Seoul. South Korea. July 8th 2012. 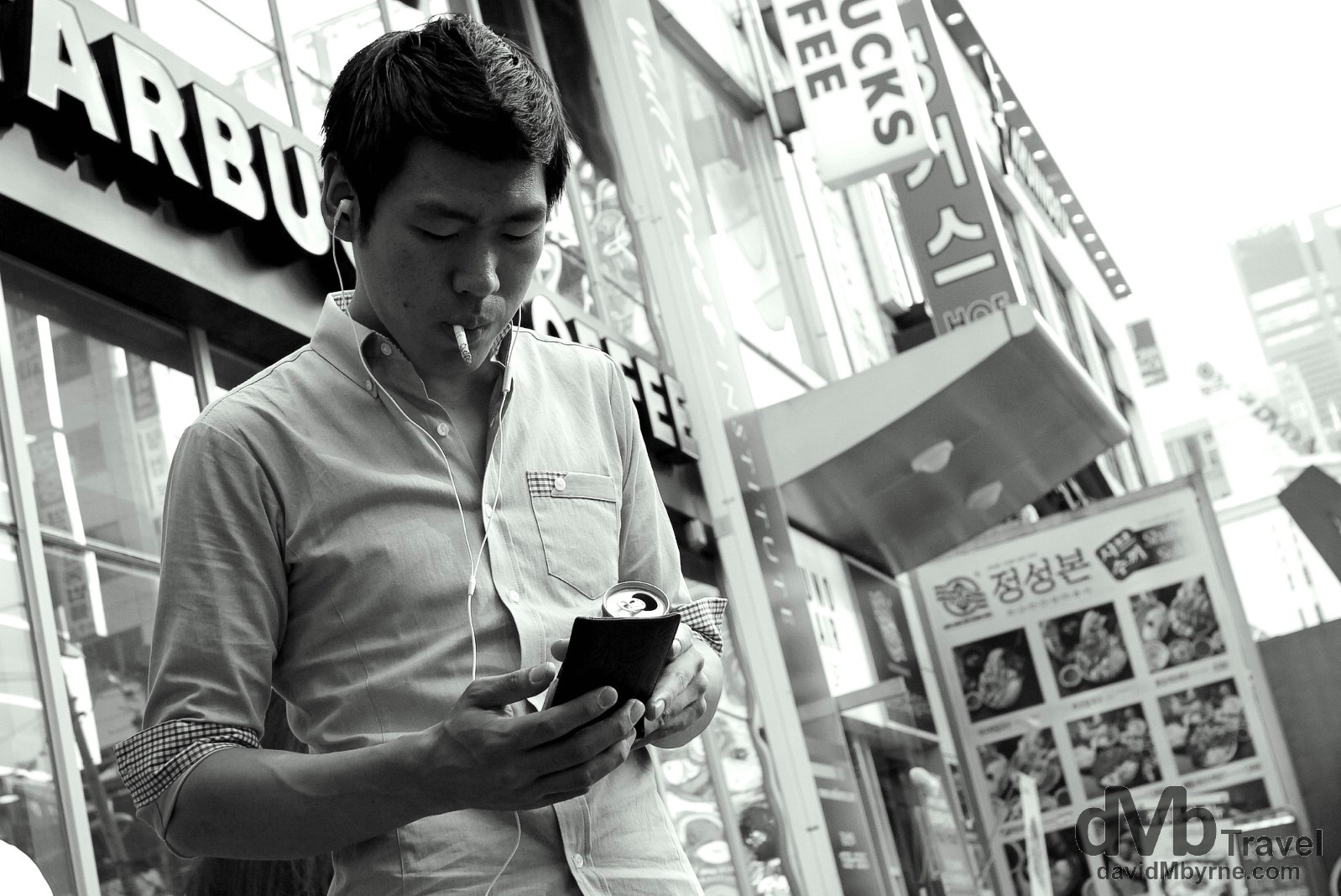 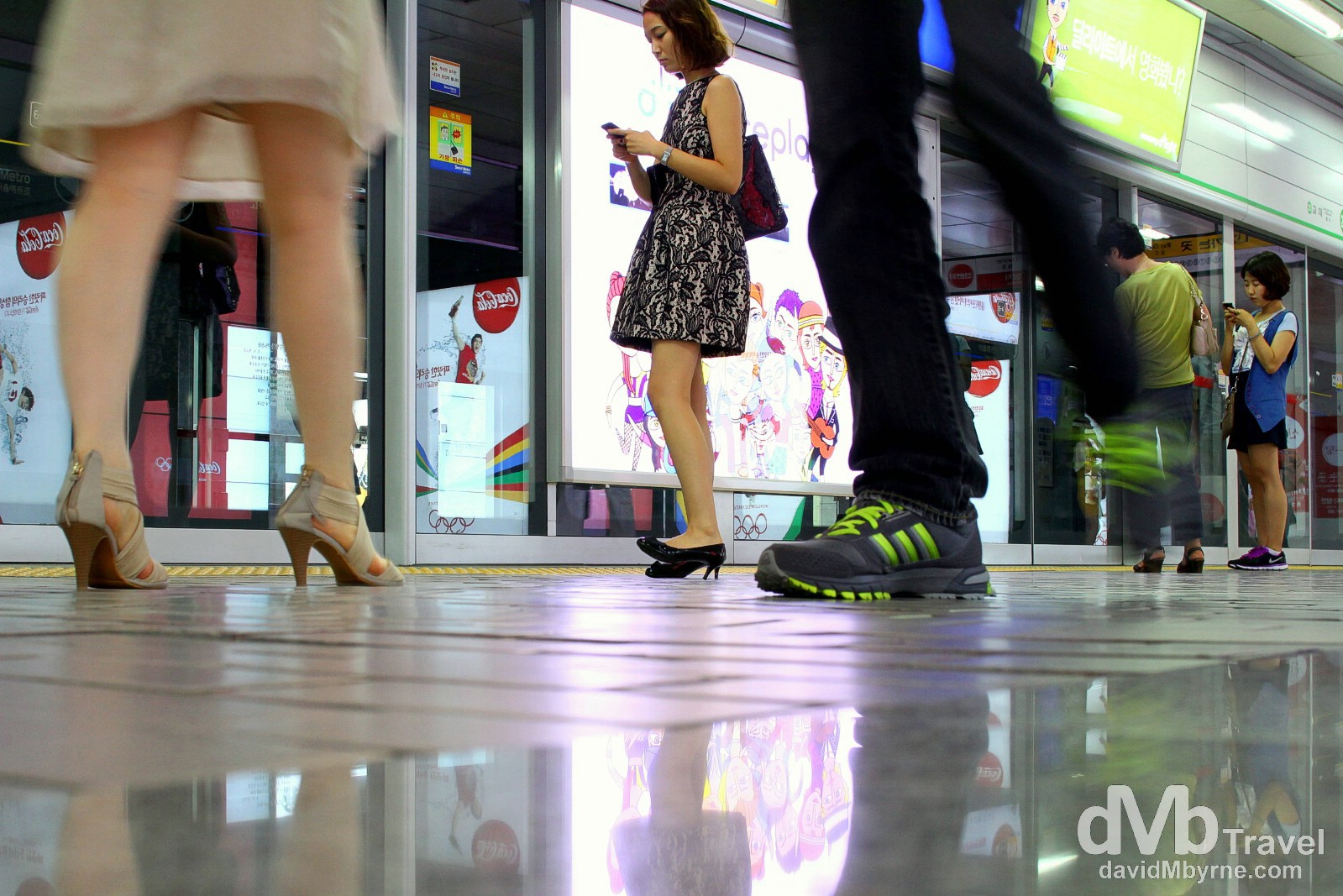 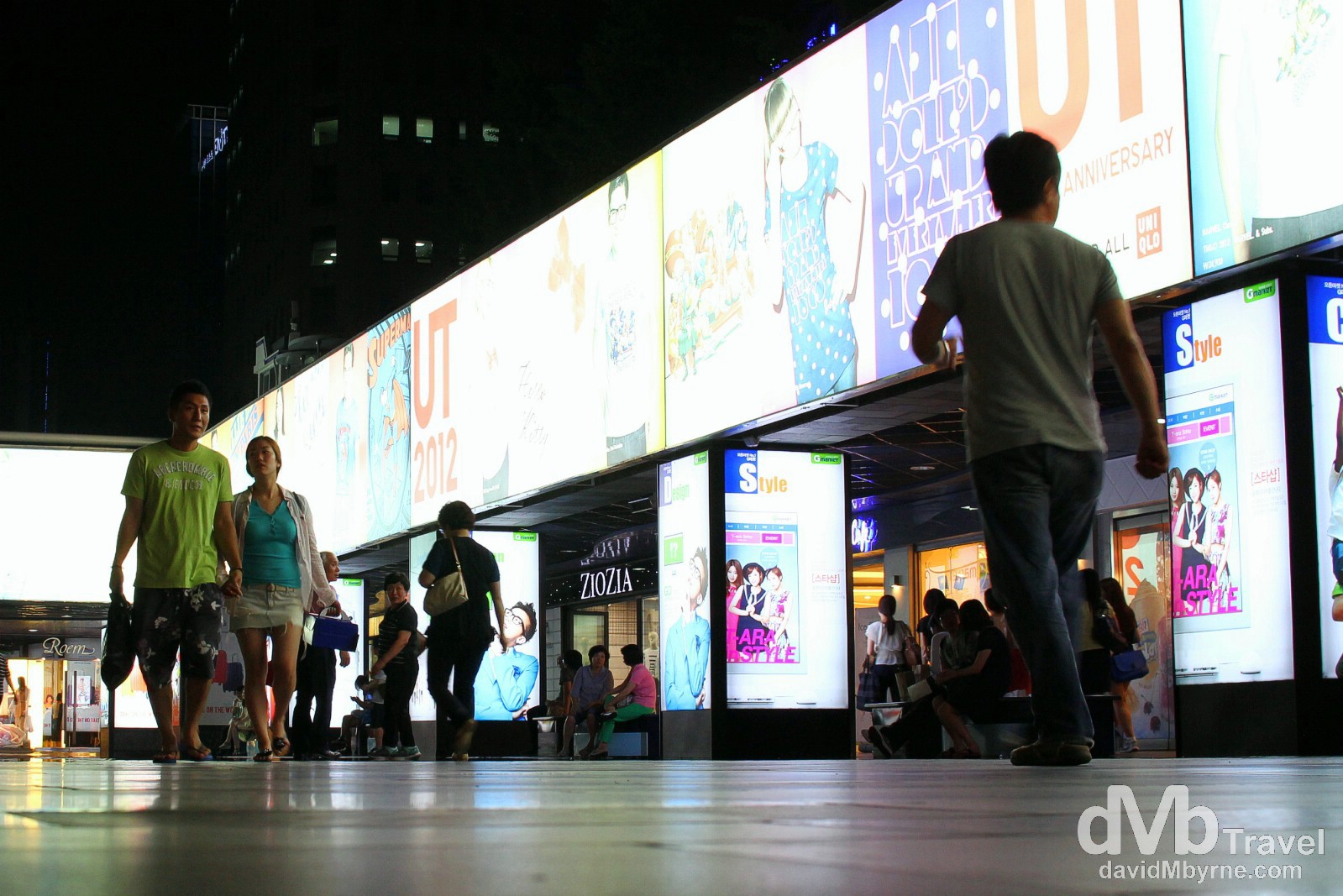 The COEX Mall, containing hundreds of shops, convention centers & exhibition halls (COEX means Convention and Exhibition), has an area of about 85,000 m² making it Asia’s largest underground shopping mall. This picture was captured at one of its entrances which itself isn’t underground. Sort of subterranean. COEX, Gagnam-gu, Seoul, South Korea. July 8th 2012.