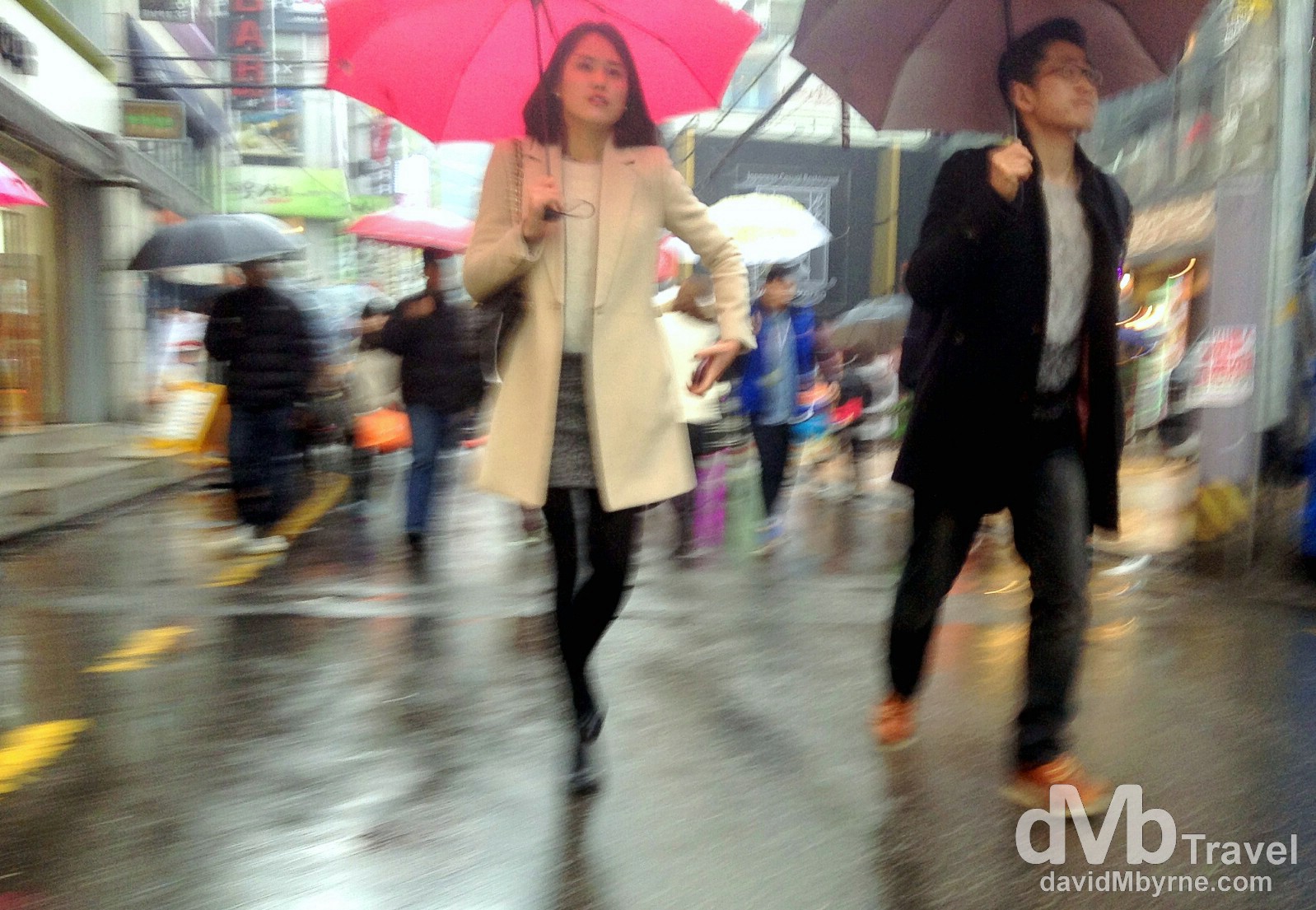 I‘m back in Seoul, South Korea, my second home. It’s a year since I’ve been here. This time around Dynamic Seoul has thrown up many emotional changes & a few physical ones. Only small ones mind, & not many. I’m beginning this year just like I have the last two – tending to old life projects while planning my travel exploits for the coming months. I’m excited, as I always seem to be this time of year. My camera is in getting a service, as it typically does when it visits Korea, so I found myself on the streets of Gangnam district of Seoul today with my iPod in hand. I didn’t go out with the intentions of taking pictures (it was raining, after all) but take pictures is exactly what I did. 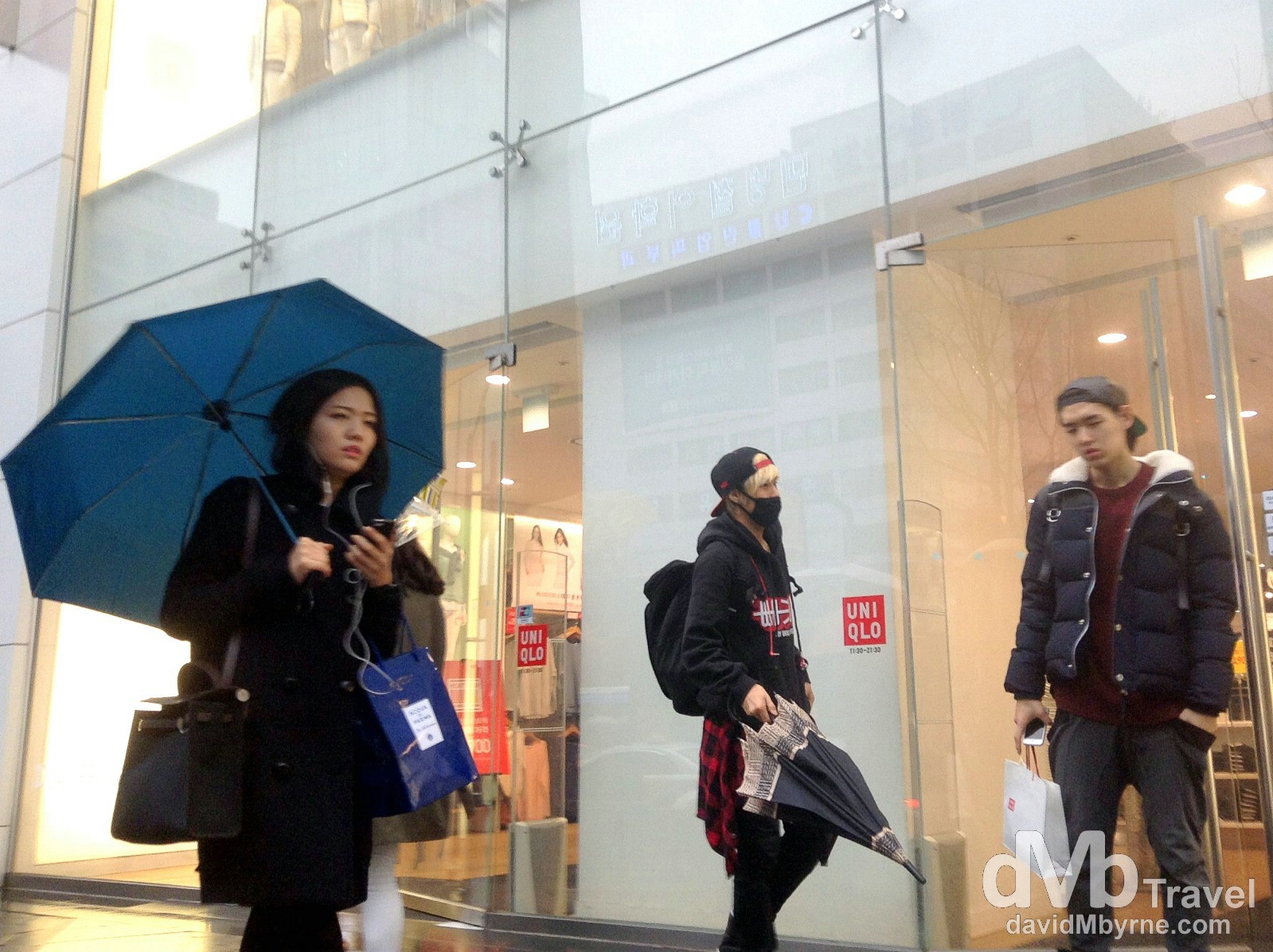 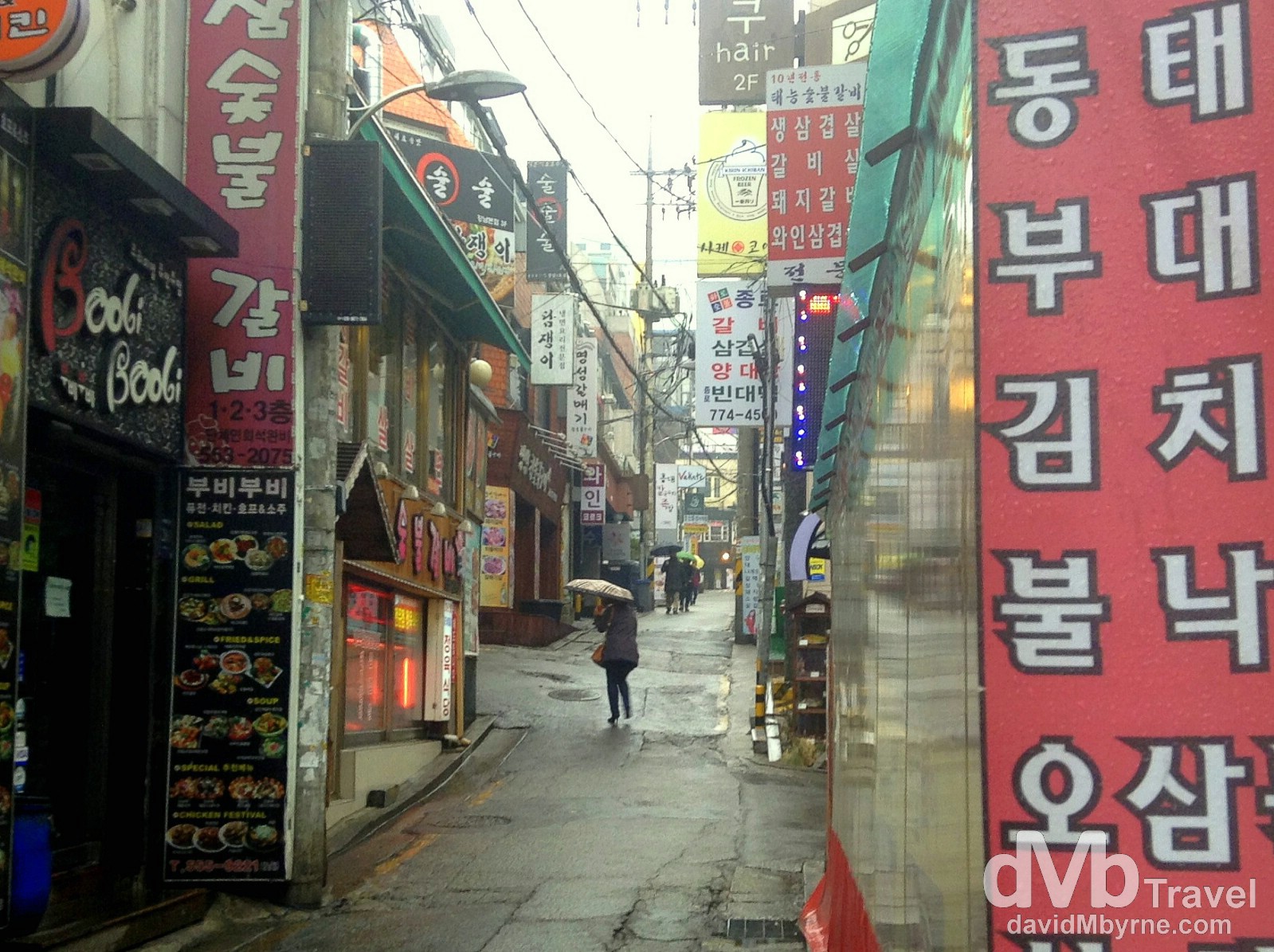 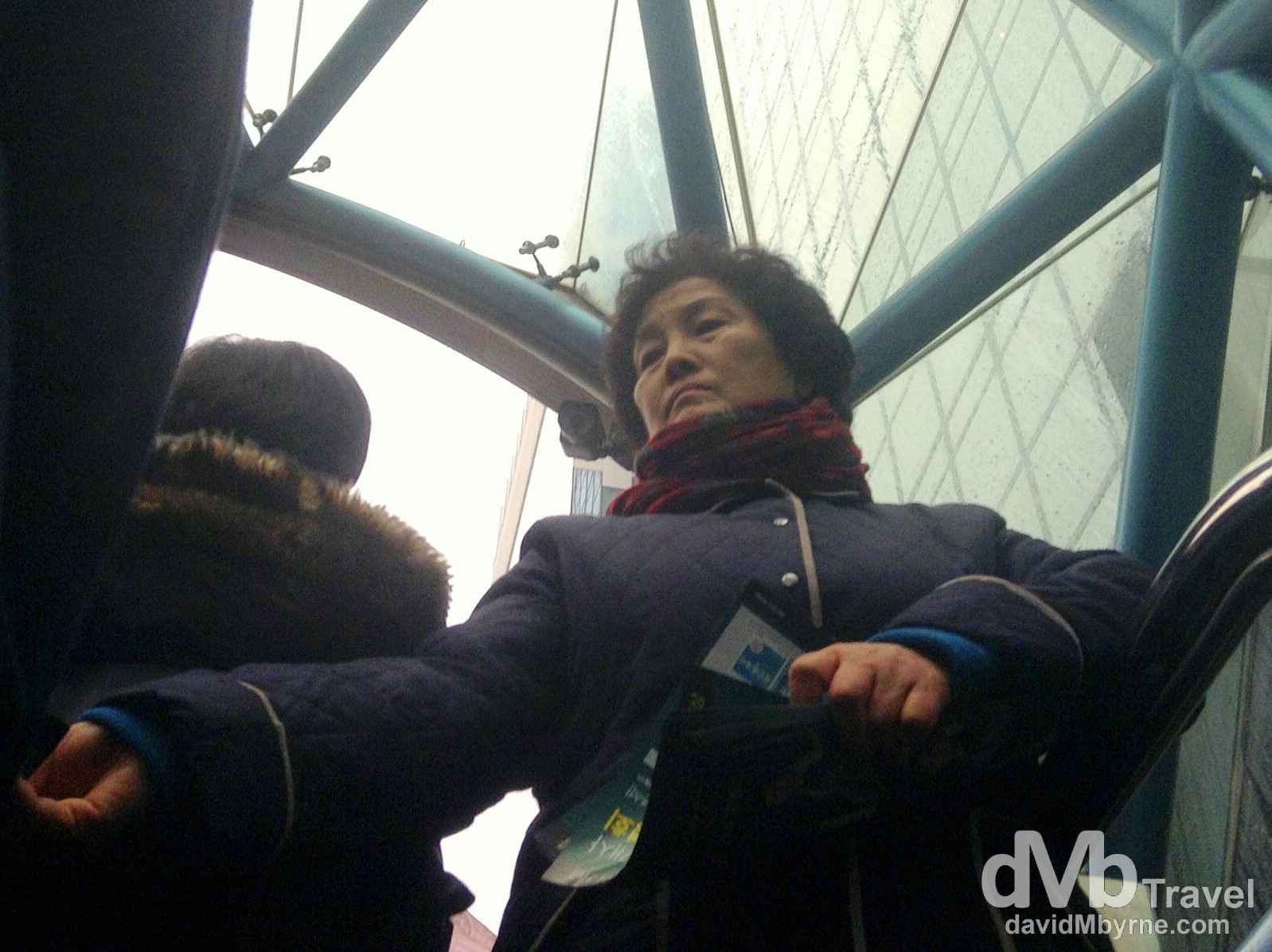 An ajumma handing out flyers at exit 12 of Gangnam Station. Traditionally females in Korea are branded as an ajumma from the time they are married, but in modern day Korea some younger wives may be insulted by this somewhat derogatory label. It is sometime difficult to tell ajumas apart as they all have a generic look – short permed hair, light floral clothing with elasticated pants, tattooed/drawn eyebrows & a fondness for wearing visors. There’s a big difference between rich & poor ajumas; rich ajumas play golf, send their kids to study abroad & have expensive handbags whereas less moneyed ajumas may be seen, as here, handing out flyers on the streets, manning food stalls in local markets or bulling through the crowd in busy subway stations. Gangnam Station, Seoul, South Korea. January 25th 2014.