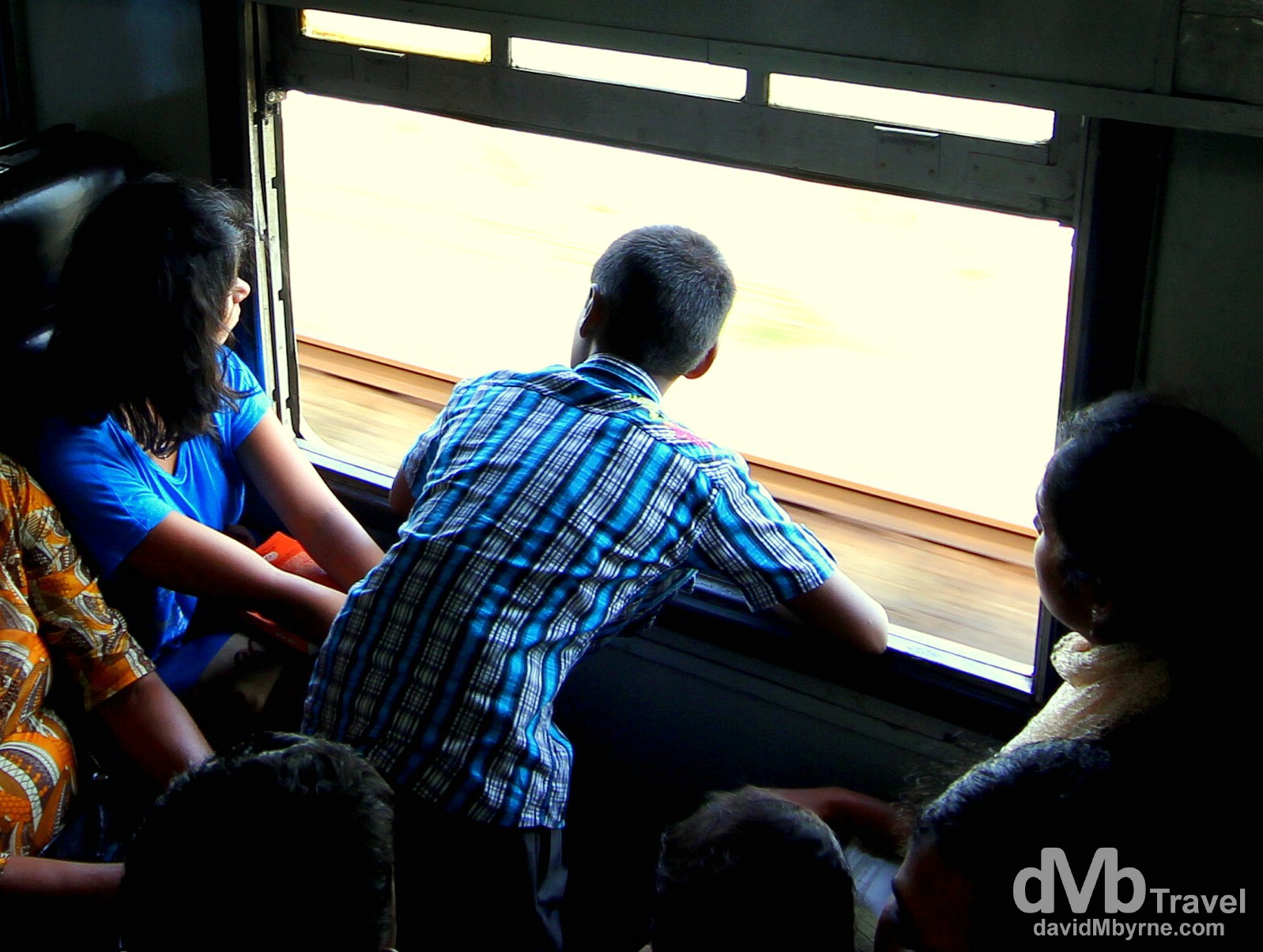 I was between carriages, my bags & I confined to a space maybe the size of a phone box, a space that seemed to be shrinking by the minute, the warm & close smell of body odor, a Indian subcontinent stalwart, strong. There were Sri Lankans everywhere, including hanging out the open windows & doors, yet they still somehow managed to pile in at every stop/opportunity. While boarding was their immediate priority, my presence eventually registered with them, and to great surprise; everyone seemed intently interested in me, wondering what I, clearly not a local, was doing on this very locals-only mode of transport. What I was doing was making my way to Galle in the southwest of the country having arrived late the previous evening from Korea into the frenetic Sri Lankan capital of Colombo. The train trip required of me 3 hours of discomfort, an inordinate amount of required transit time to cover the 130 kilometes of track separating Colombo from Galle, itself a short tuk-tuk ride from my ultimate destination on this day of Unawatuna, a beach village only 6-plus kilometres beyond Galle (best not be in a hurry to get from A to B here in Sri Lanka, and best not to covet comfort when doing so). I tried to take a few pictures in the train today while en route but, and needless to say, it was something of a challenge given the cramped environment I was subjected to.

Standing room only on the Colombo to Galle train. With space at such a premium, I had to take this picture unframed with the camera well above my head – point, shoot & pray. Given the effort this picture required, it was only one I captured over the course of the 3-hour journey south to Galle. August 31, 2012.

Liberated
I felt liberated having finally been freed from the sweaty jam of the train carriage, or more precisely from the strangled passage between carriages 3 and 4. There were still people everywhere, milling this way and that on the busy platform of Galle Train Station, but at least, and unlike on the train, they were not physically on top of me. Here are a few pictures captured on the busy platform shortly after getting off the train, my first foray into photographing Sri Lanka on this the first full day on my first visit to the country.

On the march on the platform of the train station in Galle, southwestern Sri Lanka, August 31, 2012.

All smiles, no doubt because he has a seat. Galle Train Station, southwestern Sri Lanka, August 31, 2012. 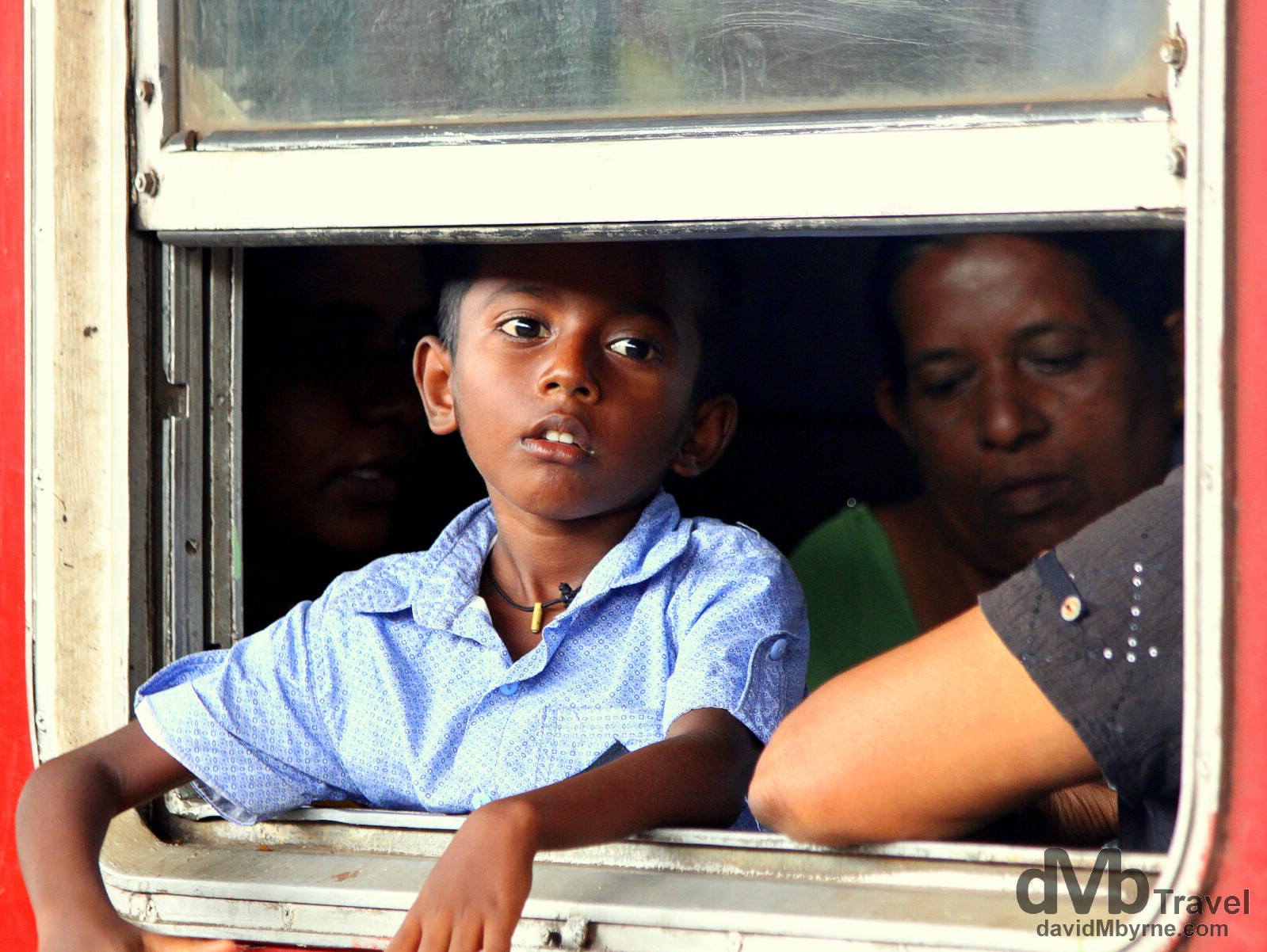