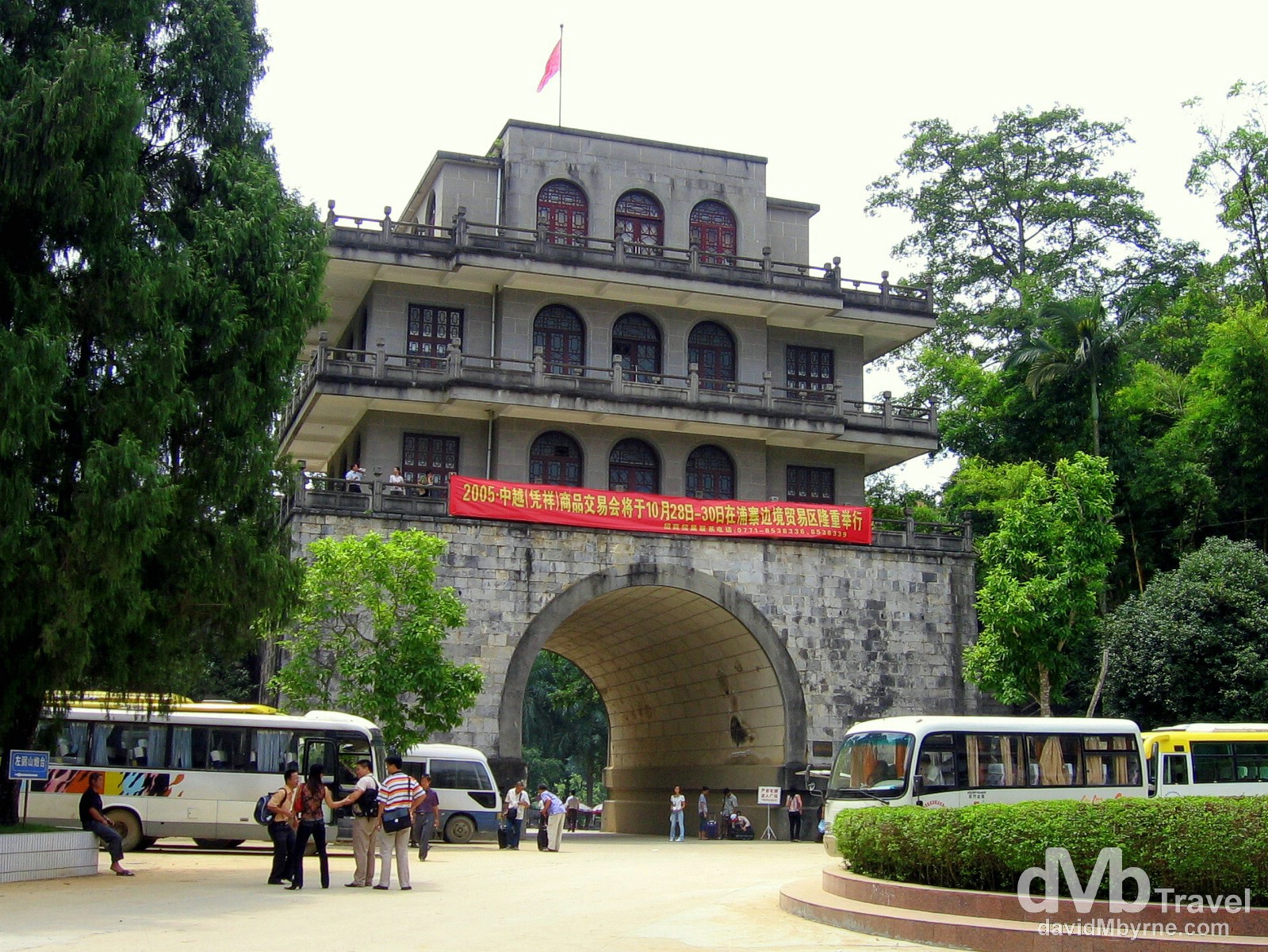 After a somewhat uncomfortable 3-and-a-half hour train ride earlier today from Nanning to Pingxiang in southwest China, I made it across the boarder into Vietnam, crossing over at the so-called Friendship Pass.

The Chinese Gate Tower at the China-Vietnam boarder crossing. Known as the Friendship Pass, the crossing is set in a natural gap between a series of steep cliffs and hills wooded with conifers and bamboo. A couple of minutes after this picture was taken I went through the formalities of passing into Vietnam, placed my watch back an hour and searched out a bus to take me the rest of the way to Hanoi, the Vietnamese capital & my present location. All in, from Nanning, China, to Hanoi, Vietnam – via train to Pingxiang, a bouncy peticab over some crazy roads from Pingxiang to the border post/Friendship Pass itself, a walk across the frontier, a taxi to the nearest town on the Vietnamese side, and a 3 hour bus ride to Hanoi – took 8 hours. It felt longer. At the Friendship Pass Chinese-Vietnamese boarder crossing outside Pingxiang, southwestern China. September 3, 2005.