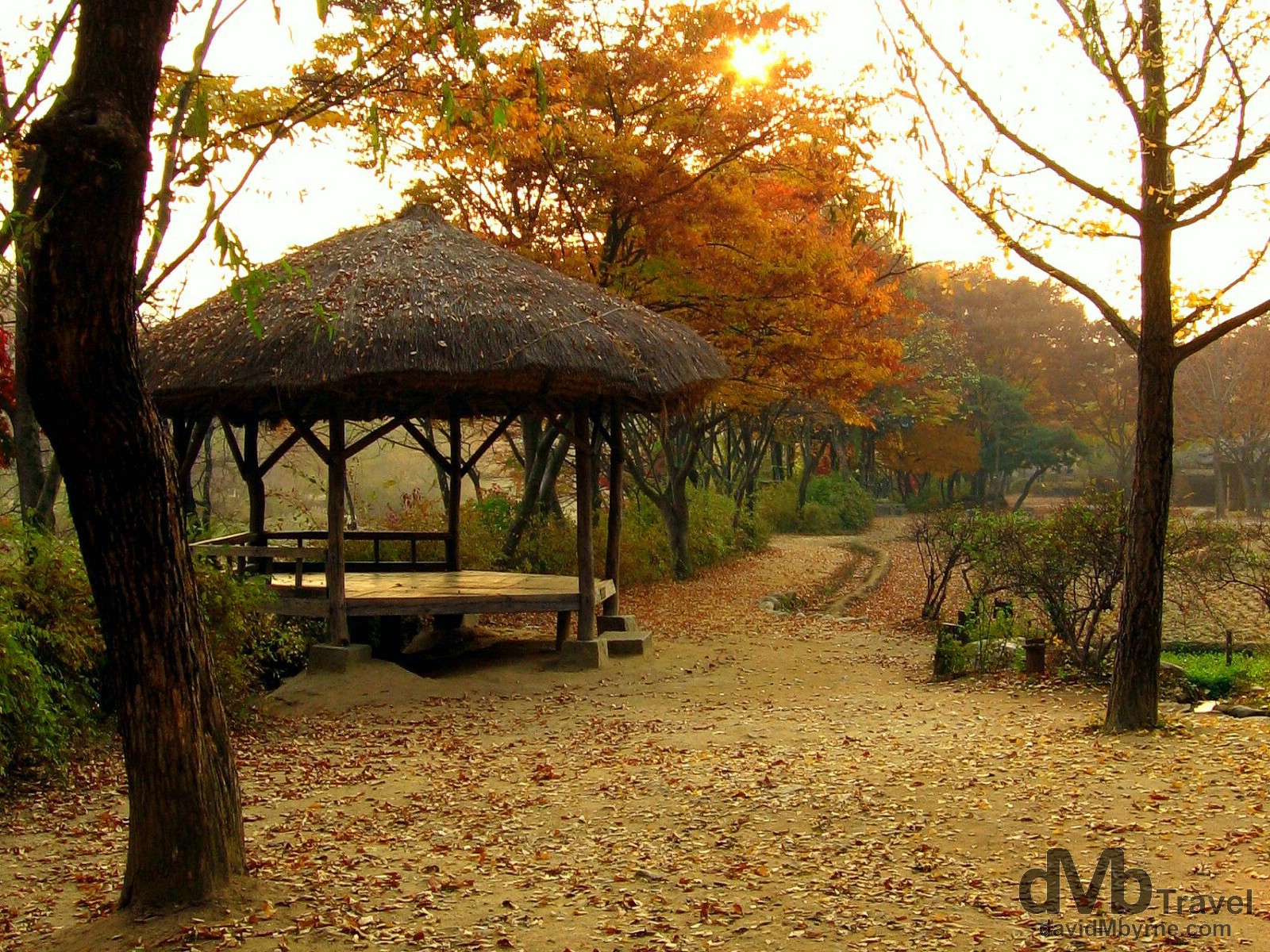 I‘ve been back in South Korea for a few months now on this my forth visit to the country since my first back in late 2003-early 2004. Already this place feels like a second home. I haven’t had much time thus far on this visit to the Land of The Morning Calm to be a tourist but today I managed to pay a visit to the city of Yongin, about 40 minutes from the South Korean capital of Seoul. Yongin is known throughout South Korea as the home of Everland Resort, the country’s answer to Disneyland & the largest theme park in Korea. But I was here for some more traditional reasons as Yongin is also home to the largest Traditional Korean Folk Village in the country (& there are quite a few of those dotted around the country). And given the time of year it is right now the village was an especially beautiful sight.

Autumnal scenes at the Korean Folk Village in Yongin (

The open-air Korean Folk Village is home to numerous collections of Korean cultural artefacts, providing an opportunity to promote traditional culture to visitors and for them to experience and learn the culture of Korea firsthand. 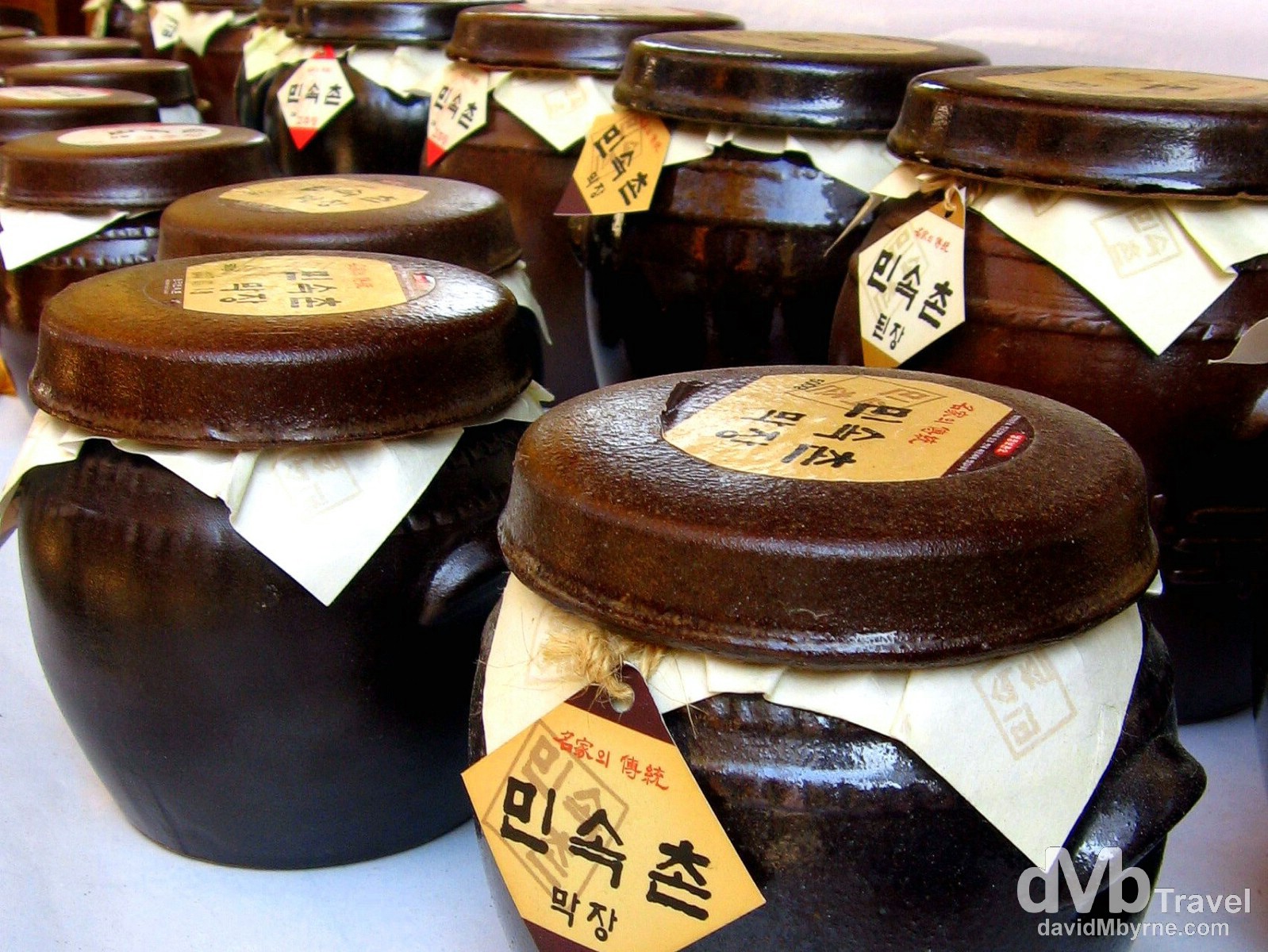 The village has reproduced over 260 traditional houses reminiscent of the late Chosun Dynasty and has recreated the life of the Korean people through the exhibition of various household goods. About twenty workshops scattered throughout the village display & promote numerous traditional handicrafts including pottery making, bamboo arts, weaving, knotting & embroidery, brassware, musical instruments, furniture, & farming tools. 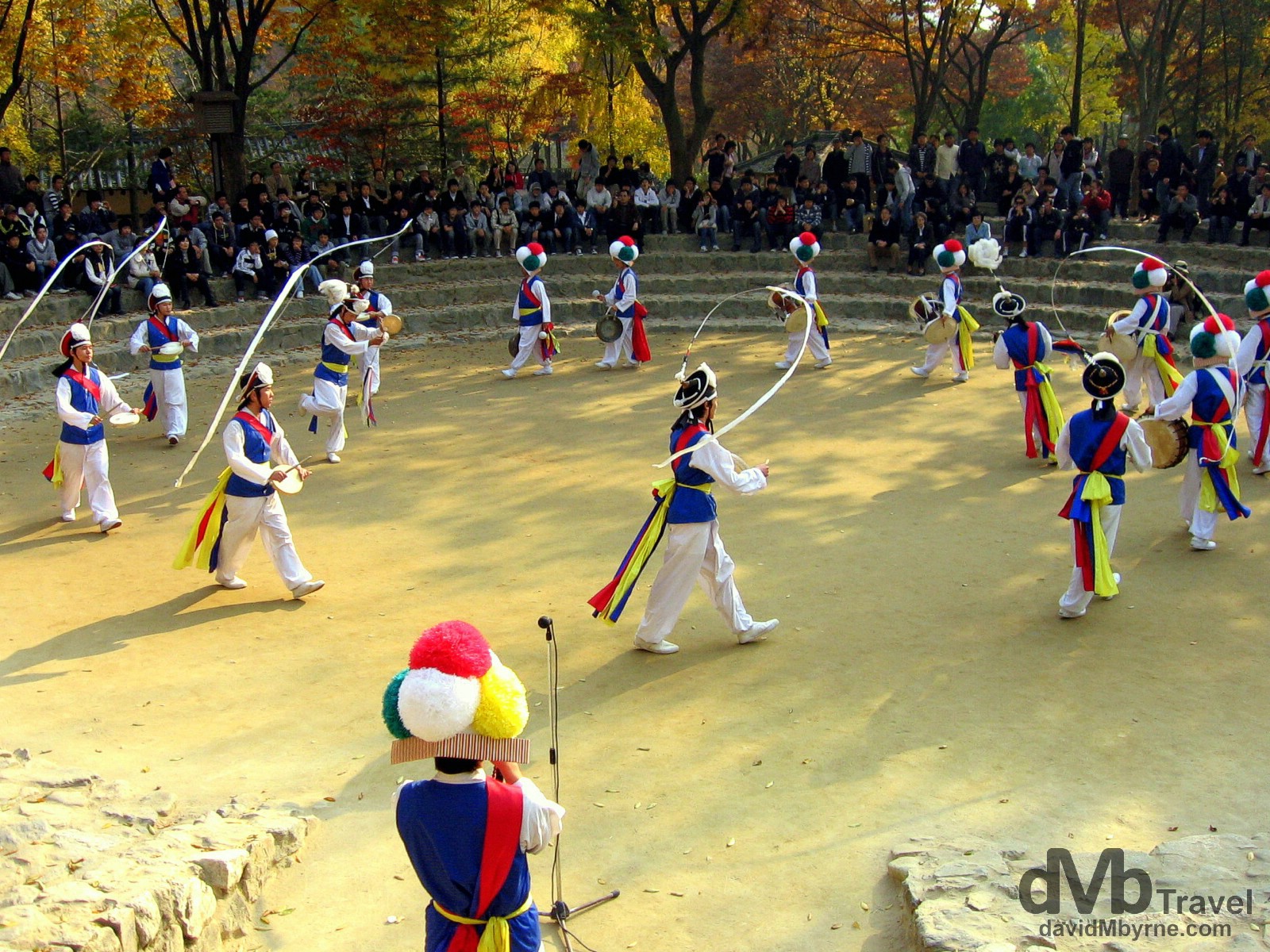 A traditional Farmers Dance display, performed to give thanks for a good crop, at the Korean Folk Village in Yongin, South Korea. November 7th, 2007. 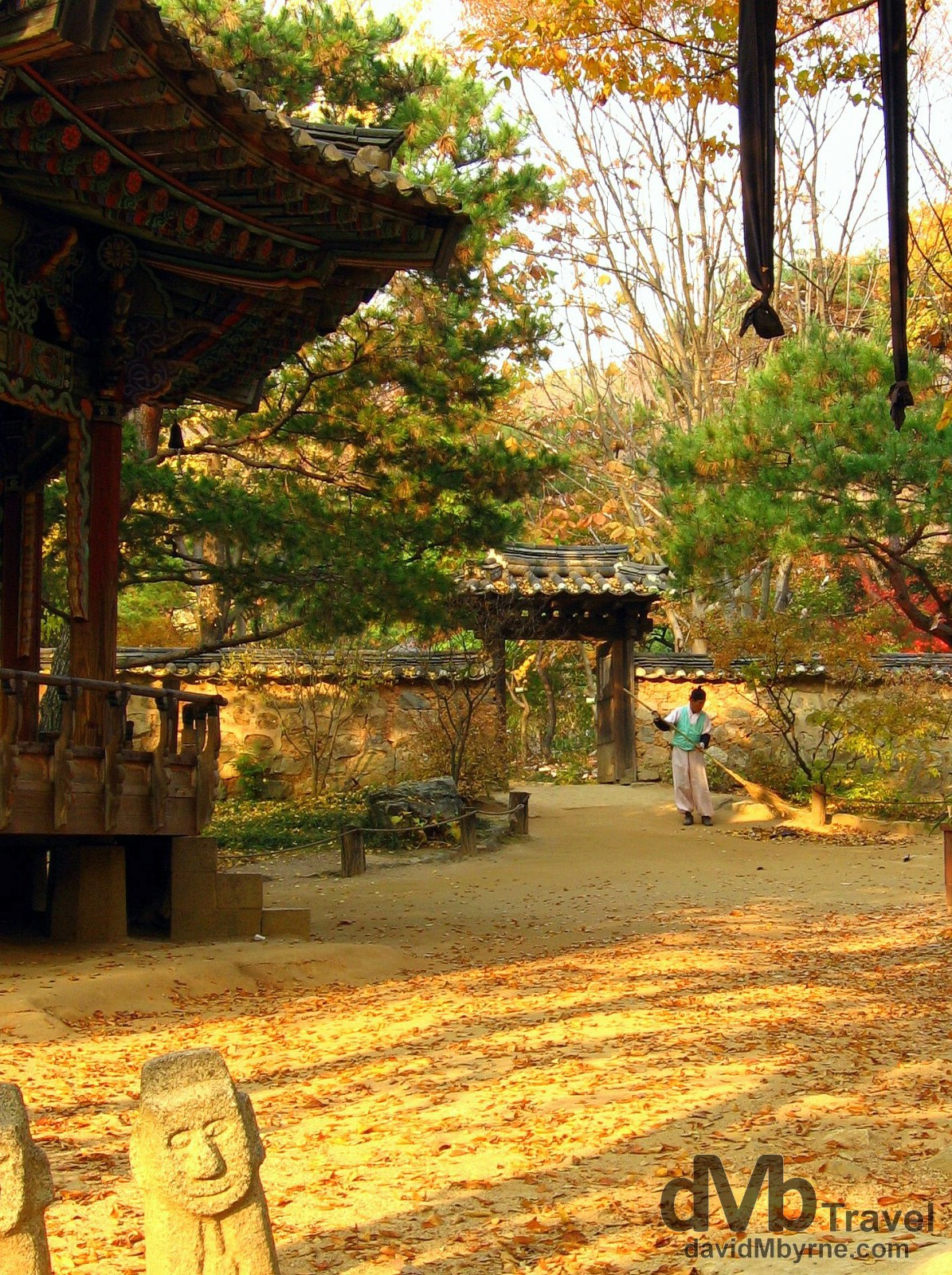 Dealing the the affects of autumn in the grounds of the Korean Folk Village in Yongin, South Korea. November 7th, 2007.