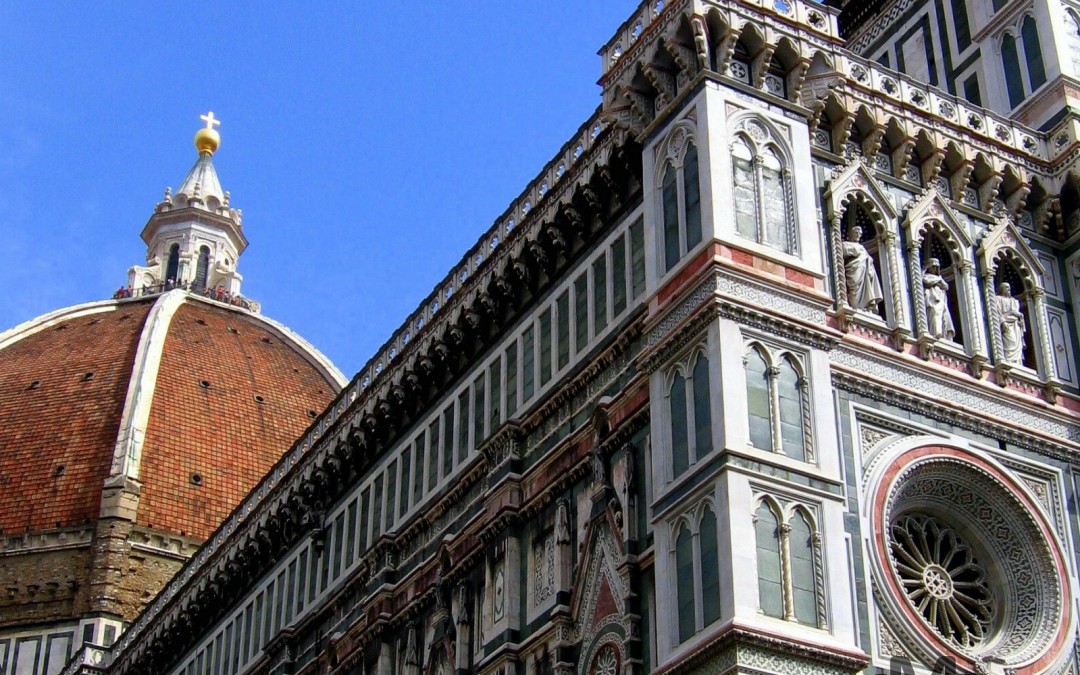 The capital of the Italian region of Tuscany, Florence was the staging and focal point for the Italian Renaissance, a period of artistic, literary and architectural rebirth (renaissance means rebirth). 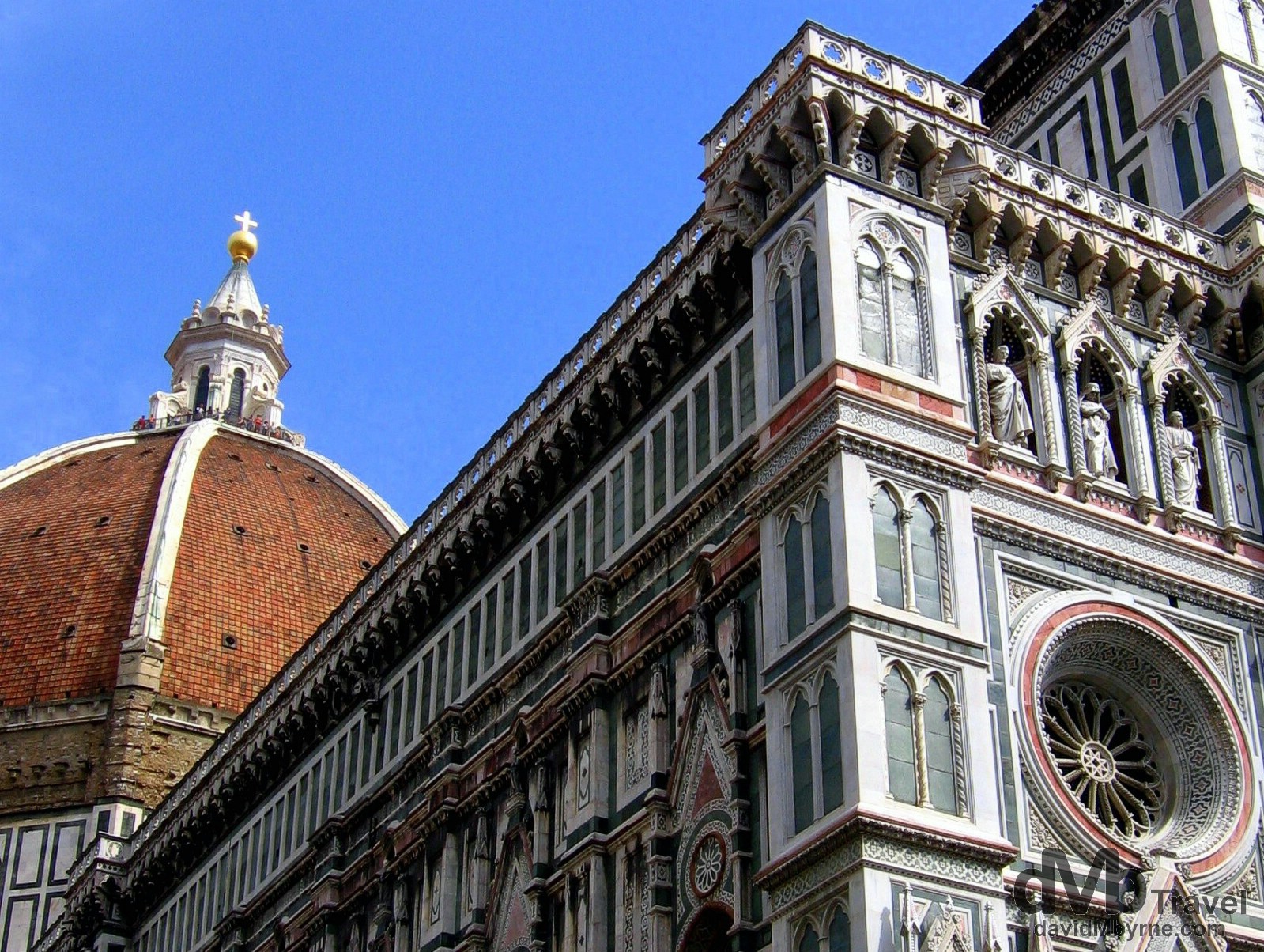 Florence Cathedral, officially Basilica di Santa Maria del Fiore (Basilica of Saint Mary of the Flower), is the most famous building in the city & the 4th largest church in Europe – it’s over 150 metres long. Construction on it began in 1294 in the Gothic style but it wasn’t consecrated until the 1436 completion of the massive 115-metre high dome – the cathedral’s most striking feature is the largest brick and mortar dome in the world & is visible from all over the city (and city views from the dome’s external lookout deck are impressive – people can be seen atop the dome in this picture). The cathedral is located in Piazza del Duomo which also houses the cathedrals matching 82-metre high campanile (bell tower) and the octagonal Florence Baptistry, the oldest building in city thought to have been built sometime between the 5th and 6th centuries. Many famous Florentines, including Dante, were baptised here. All three buildings of Piazza del Duomo – the Cathedral, Campanile & Baptistery – are part of the UNESCO World Heritage Site covering the historic centre of Florence.

Built on the site of an Etruscan settlement, Florence, the symbol of the Renaissance, rose to economic and cultural pre-eminence under the Medici in the 15th and 16th centuries. Its 600 years of extraordinary artistic activity can be seen above all in the 13th-century cathedral (Santa Maria del Fiore), the Church of Santa Croce, the Uffizi and the Pitti Palace, the work of great masters such as Giotto, Brunelleschi, Botticelli and Michelangelo.

– UNESCO commenting on the Historic Centre of Florence 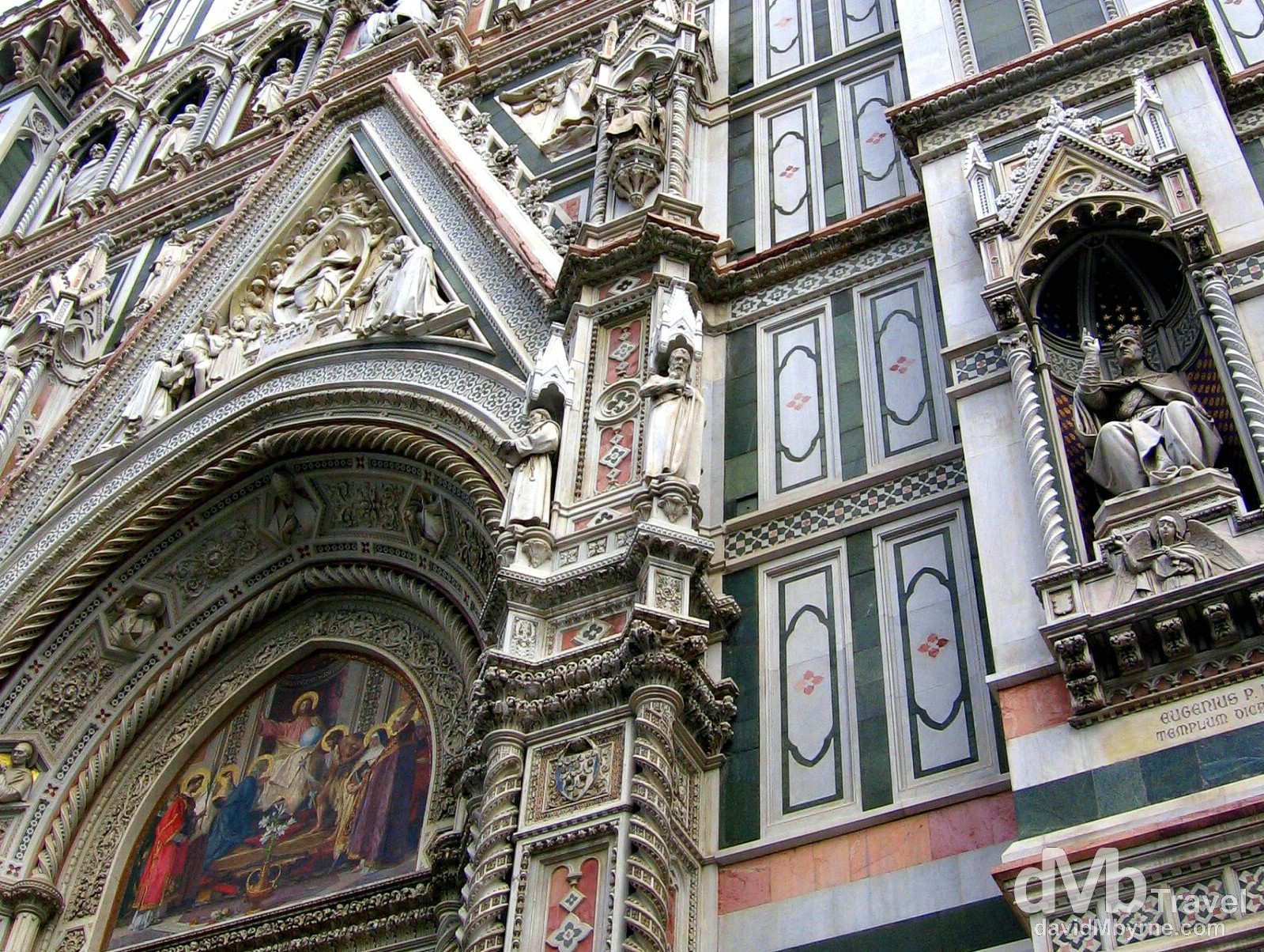 A section of the facade of the Dumo in Plazza del Dumo, Florence, Tuscany, Italy. August 29th, 2007 || From an August 2007 visit to Florence, Italy