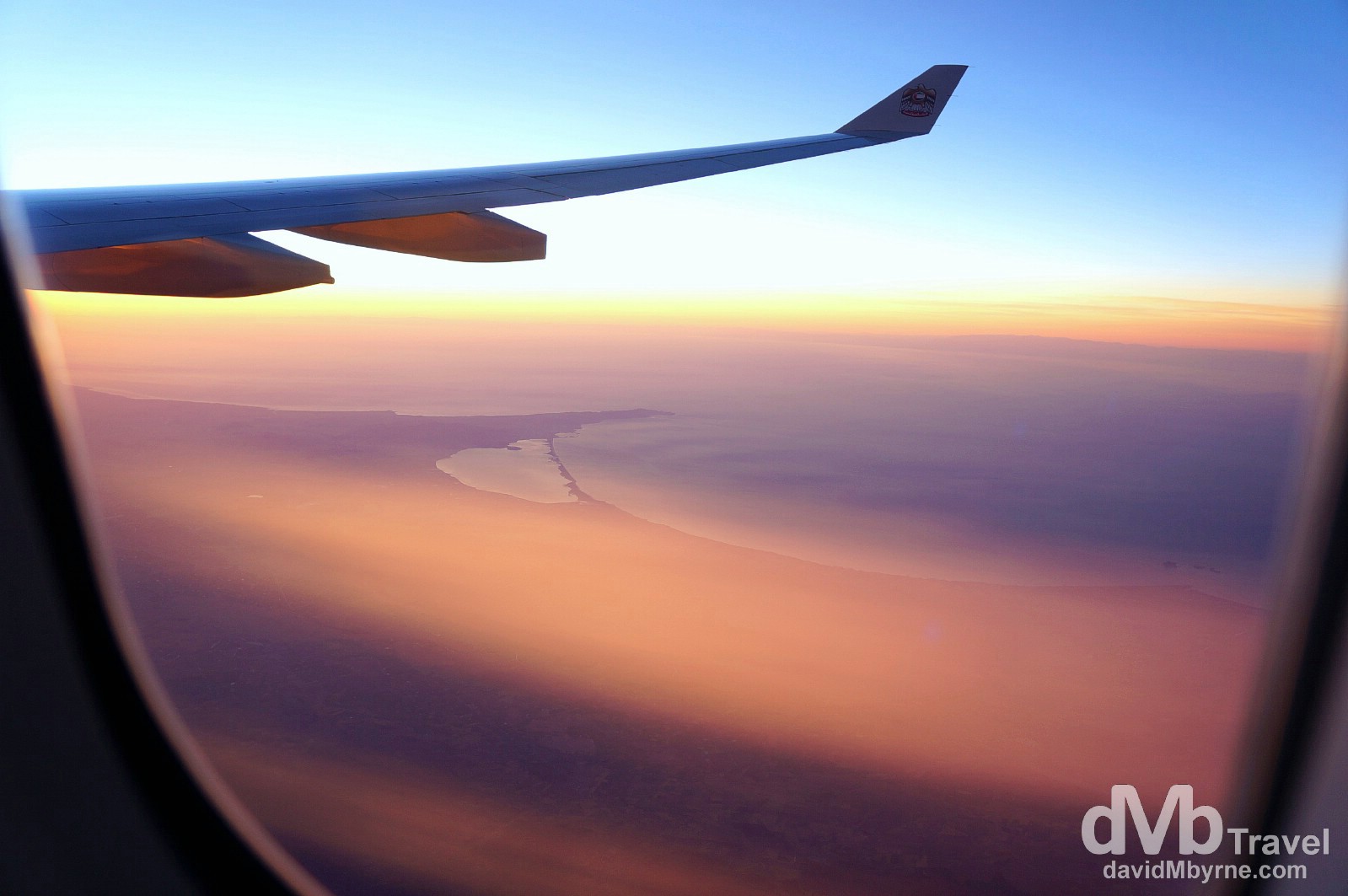 Today was my first time flying Etihad Airlines, the UAE’s official carrier & one of its two big airlines (the other being Dubai-based Emirates, who I have flown a lot with in the past). 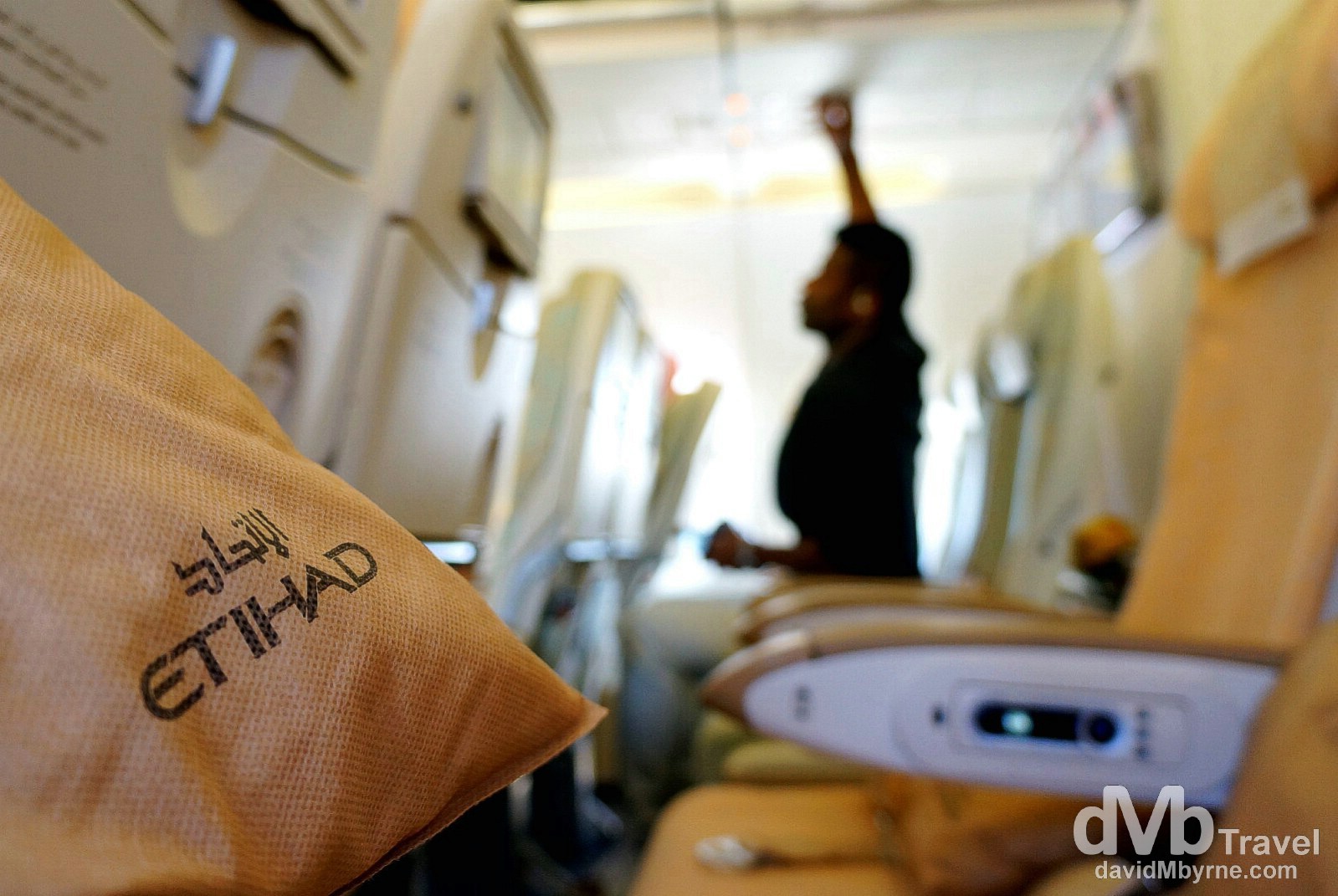 I’d heard good things about Etihad Airways & thus had been looking forward to the flight for the few hours between booking it and boarding. That said I wasn’t too impressed with them. I’m easily placated so there really wasn’t anything serious to complain about on my first Etihad Airways flight, apart from the 1 hour delay & the general lackluster service, but there was nothing to write home about either, apart from getting on Wi-Fi for the first time ever at 34000 ft, a little USD$5 experiment that I’d estimate granted me about 70 seconds of internet access, Just enough time to pull in a few emails, send a few iMessages, & send the following tweet (there was a just-bill-me-what-I-use option & I can only imagine how dangerous that could be).

Maybe I’m being too critical considering I spent nearly 10 hours in the care of Etihad today on two different journeys (Muscat, Oman, to Abu Dhabi, UAE & Abu Dhabi to Casablanca, Morocco) flying through three time zones & over the whole of the Arabian Peninsula and North Africa all for the grand total of €260. A good deal no doubt. But still, and based solely on today’s travels, Etihad Airways are no Emirates. It’s not even close.

The last of the days light as seen from Etihad Airways flight 611 en route from Abu Dhabi, UAE, to Casablanca, Morocco. The distinctive spike of land seen here, jutting from the north Moroccan coastline out into the Mediterranean Sea, is known as the Cap Des Trois Fourches where the city of Melilla (

), one of two autonomous Spanish cities on the Moroccan coast (the other being Ceuta), is located. This picture of the beautifully orange exterior outside the plane was taken towards the end of the almost 9 hour flight from Abu Dhabi as we started to descend towards Casablanca, the first stop on my first visit to Morocco. April 27th, 2014