My adventure in Sri Lanka continues. I’ve spent the last few days in the chilly hill county towns of Ella & Nuwera Eliya (& getting between the two was a real treat). This is tea country – the first tea leaves harvested in Sri Lanka were planted in the hills between Nuwera Eliya & Kandy & today Nuwere Eliya is the chilly tea capital of the fourth largest tea producing country in the world. Over the past few days I have taken two tea plantation factory tours, neither of which allowed photography, which was a real shame given the decades-old rituals, facilities & equipment still used in the production of tea in this country. I’ve also seen dozens more plantations, either meandering through them in the hills over Ella or from the train en route from Ella to my present location of Nuwera Eliya.

A tea leaf picker in a tea plantation in the hills outside Ella, central Sri Lanka. I set out on this day for a meander in the Sri Lankan countryside in a bid to find a scenic lookout in the hills overlooking Ella. I got lost but eventually found myself, as one would in this part of the world, surrounded by tea plantations. I never did find that scenic lookout but did find myself taking a guided tour around an ancient-looking but still very functional production facility at a green tea factory. The tea plantation was first introduced into Sri Lanka in 1867 by British planter James Taylor. Before that coffee was the country’s breadwinner, that was until a devastating leaf disease in 1869 destroyed the entire coffee industry within 15 years. The British, ruling Ceylon as Sri Lanka was then known, turned to tea. The rest, as the saying goes, is history – today Sri Lanka is the fourth-largest exporter of tea in the world with the claim that its trademark national export, Cyleon tea, is the cleanest tea there is. But they would say that. In the hills outside Ella (

Situated at around 2,000 metres above sea level (I’m in long sleeves for the first time in Sri Lanka) and surrounded by lush tea plantations, Nuwara Eliya, once a pleasure retreat of the European planters, is billed as somewhere very British, a little piece of England in the chilly hills of central Sri Lanka. However, and the proliferation of landscaped gardens, tea & scone shops & English-style bungalows aside, it still looks very Sri Lankan to me. This is the country’s main highland hill resort and it has been the capital of Sri Lanka’s lucrative tea industry every since tea’s introduction to the country in 1867. The region offers many activities – golfing, horse riding, boating, hiking – but right now I’m off to warm up with a cuppa. 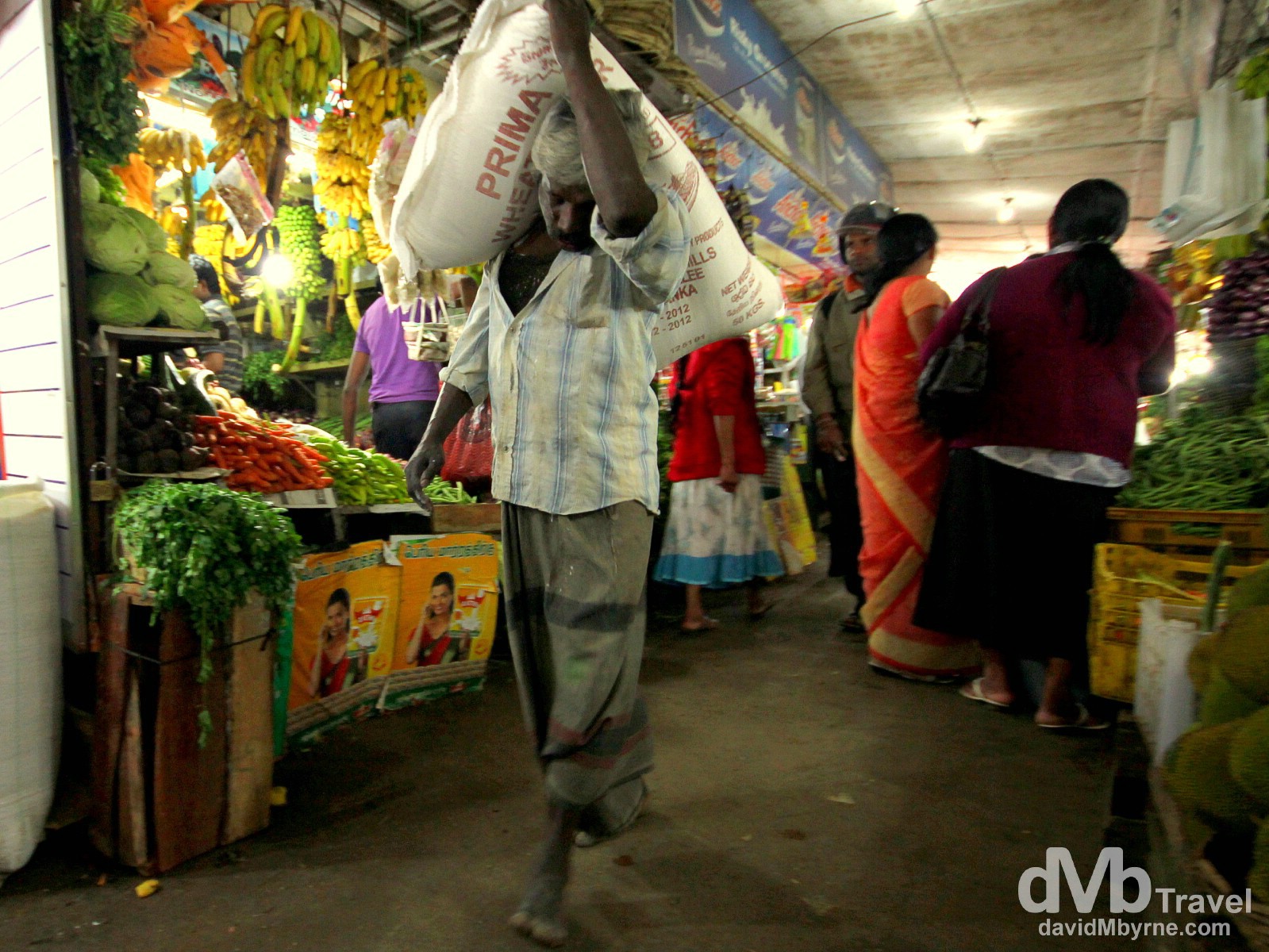 Activity in a produce market in Nuwera Eliya ( 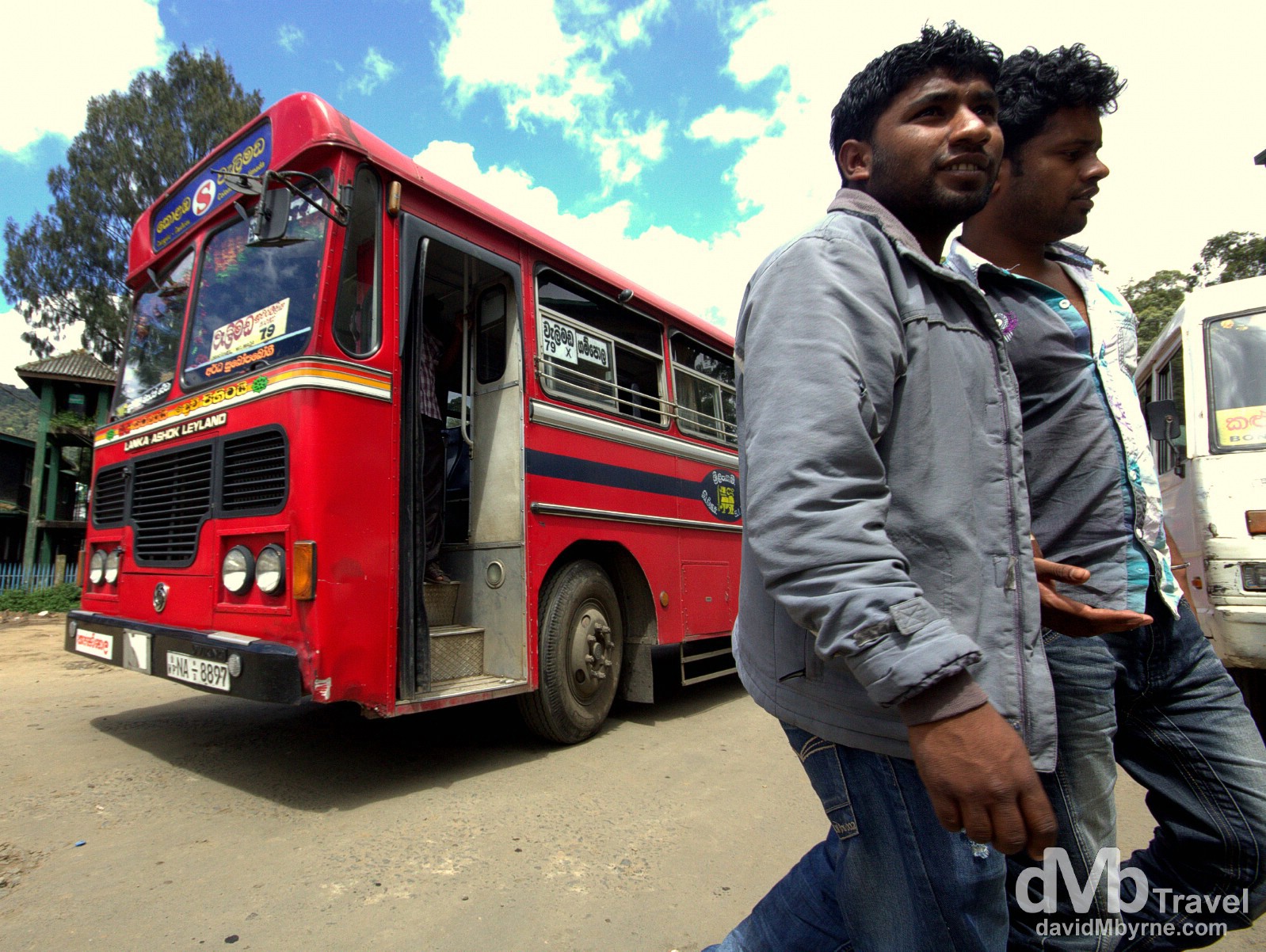