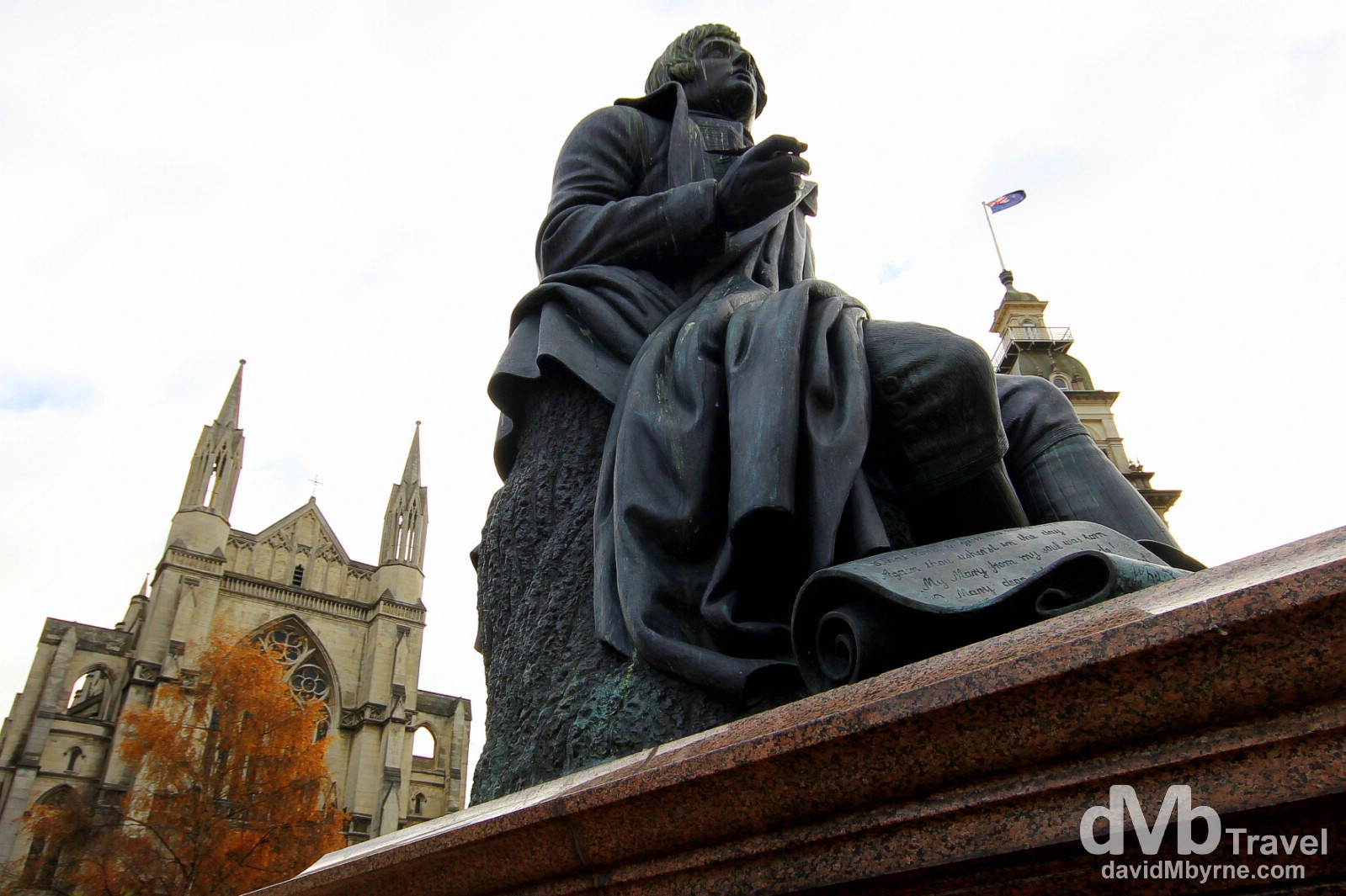 The second-largest city on the South Island of New Zealand, & its seventh largest overall, Dunedin sits at the head of Otago Harbour on a series of hills and valleys overlooking the bay. The main attraction in this part of the country is the wildlife of the nearby Otago Peninsula. That said, the city itself has a few attractions of note; it boasts some historic architecture, including New Zealand’s most photographed building (so they say); it boasts a distinctive Scottish heritage – Dunedin is old-world Gaelic for Edinburgh, the Scottish capital; the city is home to Cadbury World, the Southern hemisphere’s first chocolate and cocoa manufacturing plant; the city is home to the University of Otago, New Zealand’s oldest university; & the city is home to the Speight’s Brewery, one of the country’s largest breweries. All of this ensures the city is a sweet, hip & lively place to be. You go Dunedin.

A statue of Scottish poet Robert Burns, the uncle of one of the Scottish settlers who founded Dunedin back in 1848. The statue fronts Saint Paul’s Cathedral, the mother church of the Anglican Diocese of Dunedin and the seat of the Bishop of Dunedin. The statue is situated in, with the cathedral overlooking, the central city hub The Octagon, an eight-sided central plaza full of restaurants, bars and shops. Dunedin ( 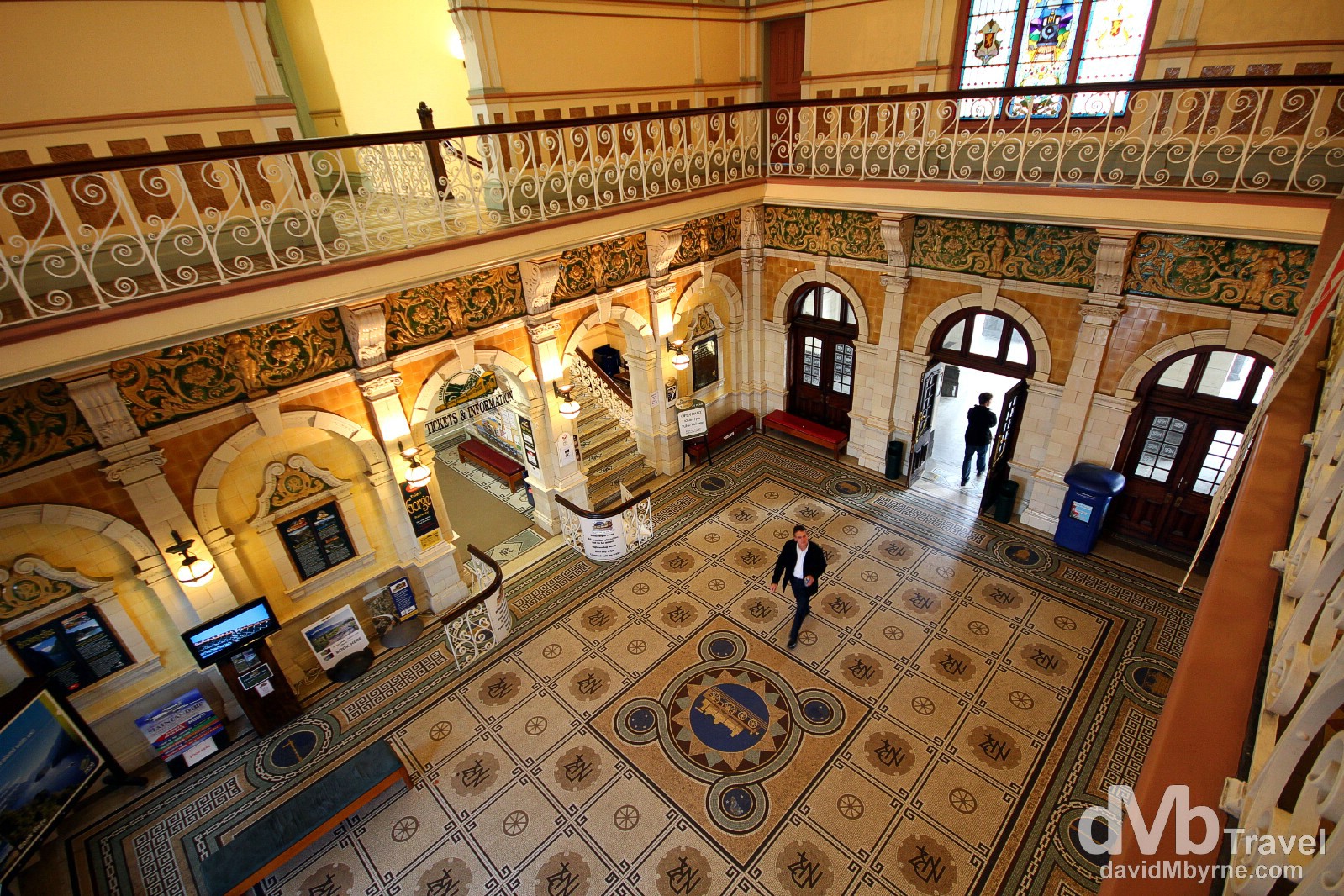 The foyer of the Edwardian railway station in Dunedin, one of many grand old Victorian buildings in the city. According to my guidebook, this grand old train station is New Zealand’s most photographed building, a tidbit of information I find somewhat hard to believe. I took many a wide-angle shot of the building’s striking exterior but I found the mosaic-tiled floor & stained glass windows of the main hall much more photogenic. Dunedin, Otago, South Island, New Zealand. May 29th 2012. 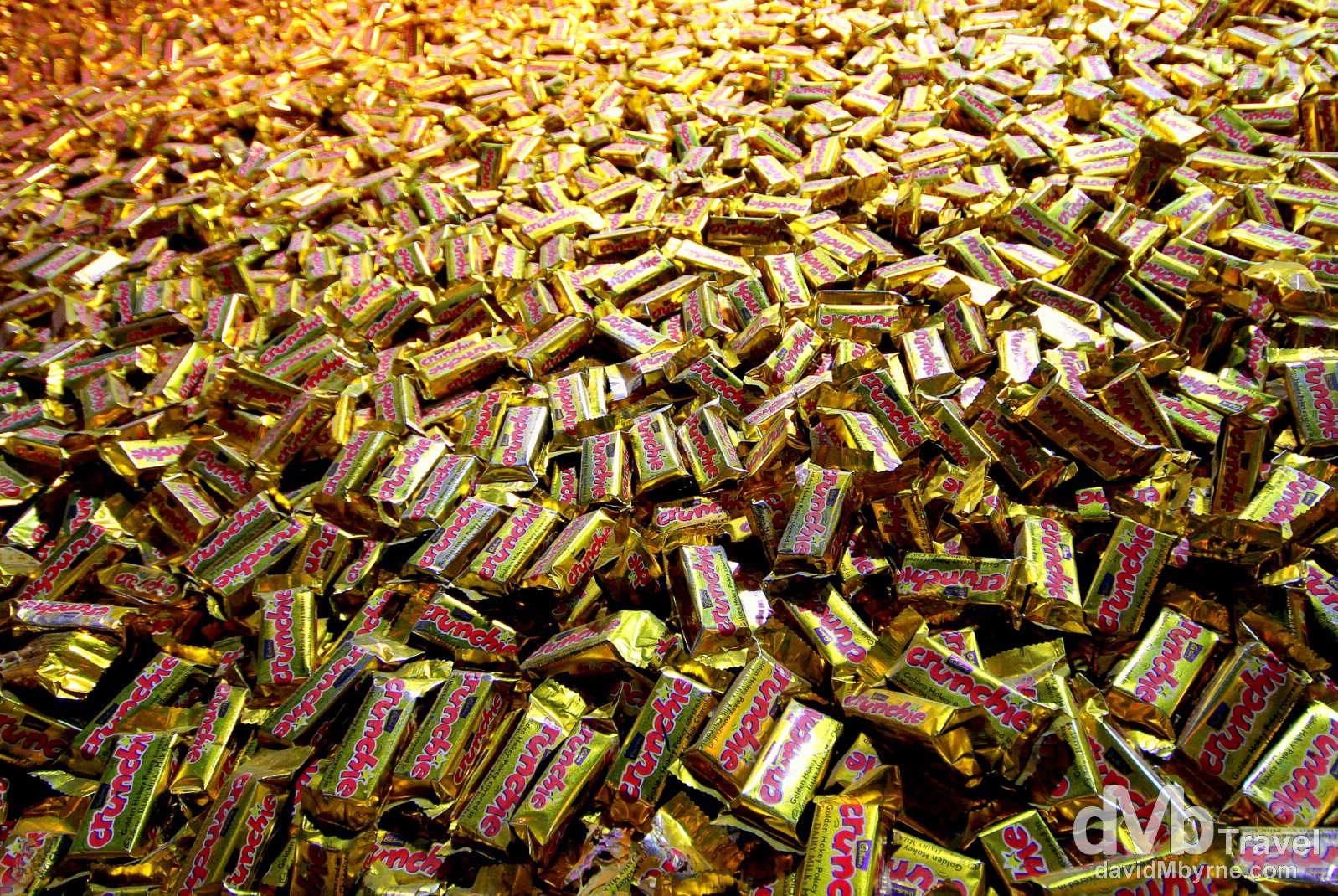 Thank Crunchie. A Crunchie mountain in Cadbury World, easily the city’s sweetest attraction. Twice I’ve visited Dunedin now & twice I’ve donned hair nets for a tour of the innards of what started out in 1884 as the Southern hemisphere’s first chocolate and cocoa manufacturing plant – although Cadbury themselves aren’t too sure of this claim, stating they ‘think’ it was the first. Regardless of its past, today the tour of the plant is one of the city’s definite must-dos even if, like me, you’ve done it before, albeit 9 years ago. There’s a swell interactive museum in here too with good information on the history of chocolate & of course on the tour itself loads of straight-off-the-production-line freebies are assured. Sweet indeed. Dunedin, Otago, South Island, New Zealand. May 29th 2012.