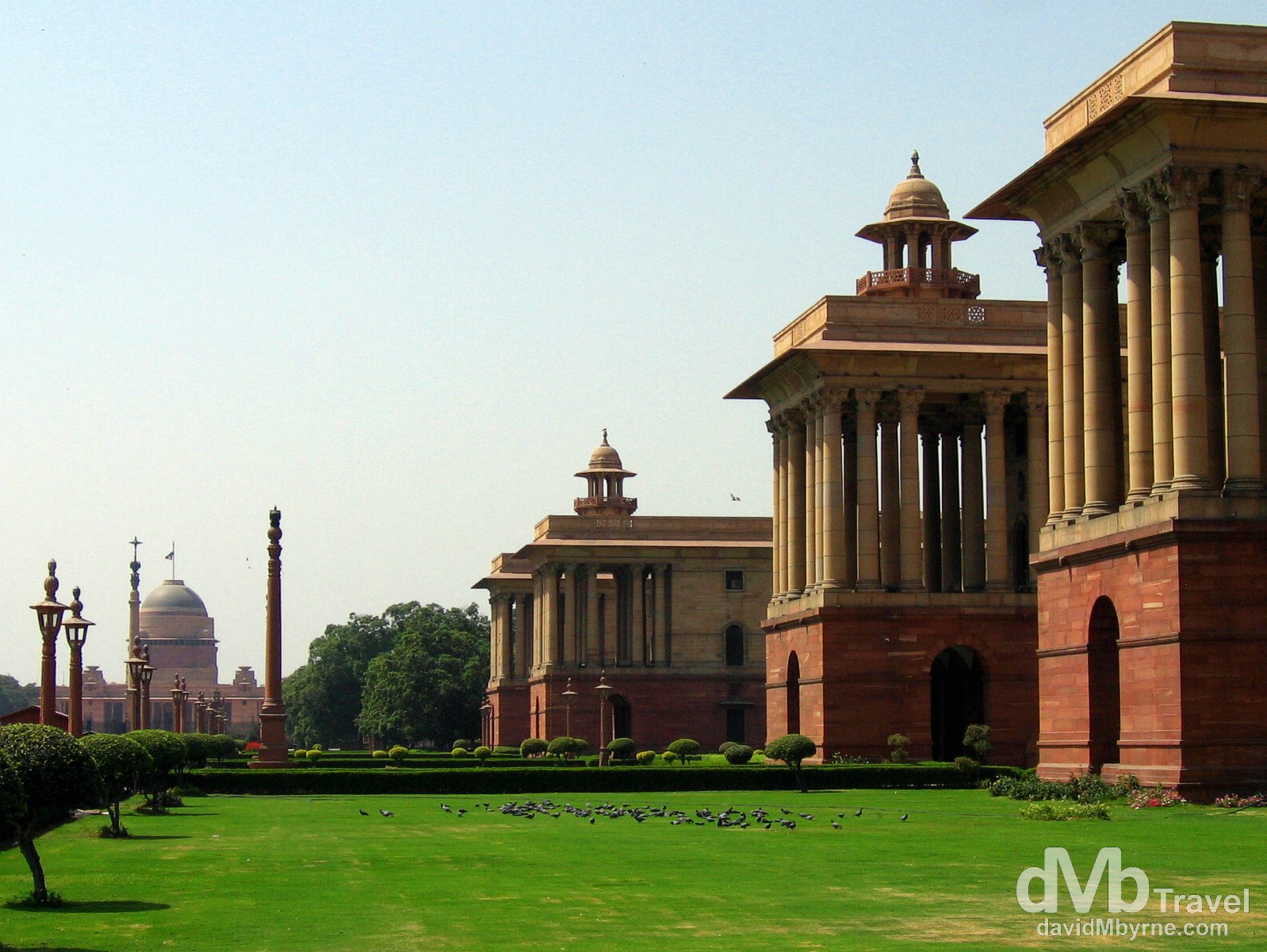 · Pat waited until he got to Delhi to get sick, meaning we’ve had to stay near a toilet, in case of ’emergencies’, whenever we have ventured out.
· My bank card stopped working, meaning the rest of the trip is on Pat.
· There’s a strange Hindu festival (strange & Hindu, no surprise there) taking place right now, the festival of colour, one where it is seemingly acceptable for people on rooftops and balconies to pelt people below them with water balloons filled with dye. All this means that on a daily basis we’ve been running the water balloon army gauntlet (they have a keen eye for westerners) but thus far emerging relatively unscathed. It also means it has been harder than it should be to get a beer.

The good timing list, short as it is, reads as follows:
· Due to the same festival that has everyone looking like rainbows and has us feeling like criminals as we covertly buy beers from restaurants for consumption in our guest house room, the places we have visited over the past few days (the Red Fort, Connaught Place, The Rajpath, India Gate & Parliament buildings) have been very quiet, meaning we haven’t had to deal with may, if any, touts or fellow tourists.

The view of the Main Bazaar from our room, room 302 of the Lord Krishna Dx. Inn. It’s a nice room but the view. There’s a nice rooftop restaurant upstairs but the view is the same up there. This is the Paharganj area of the city, the budget traveller’s hangout and an area of tight winding alleys packed with cows, cheap hotels, restaurants, markets and auto-rickshaws. Paharganj, Old Delhi ( 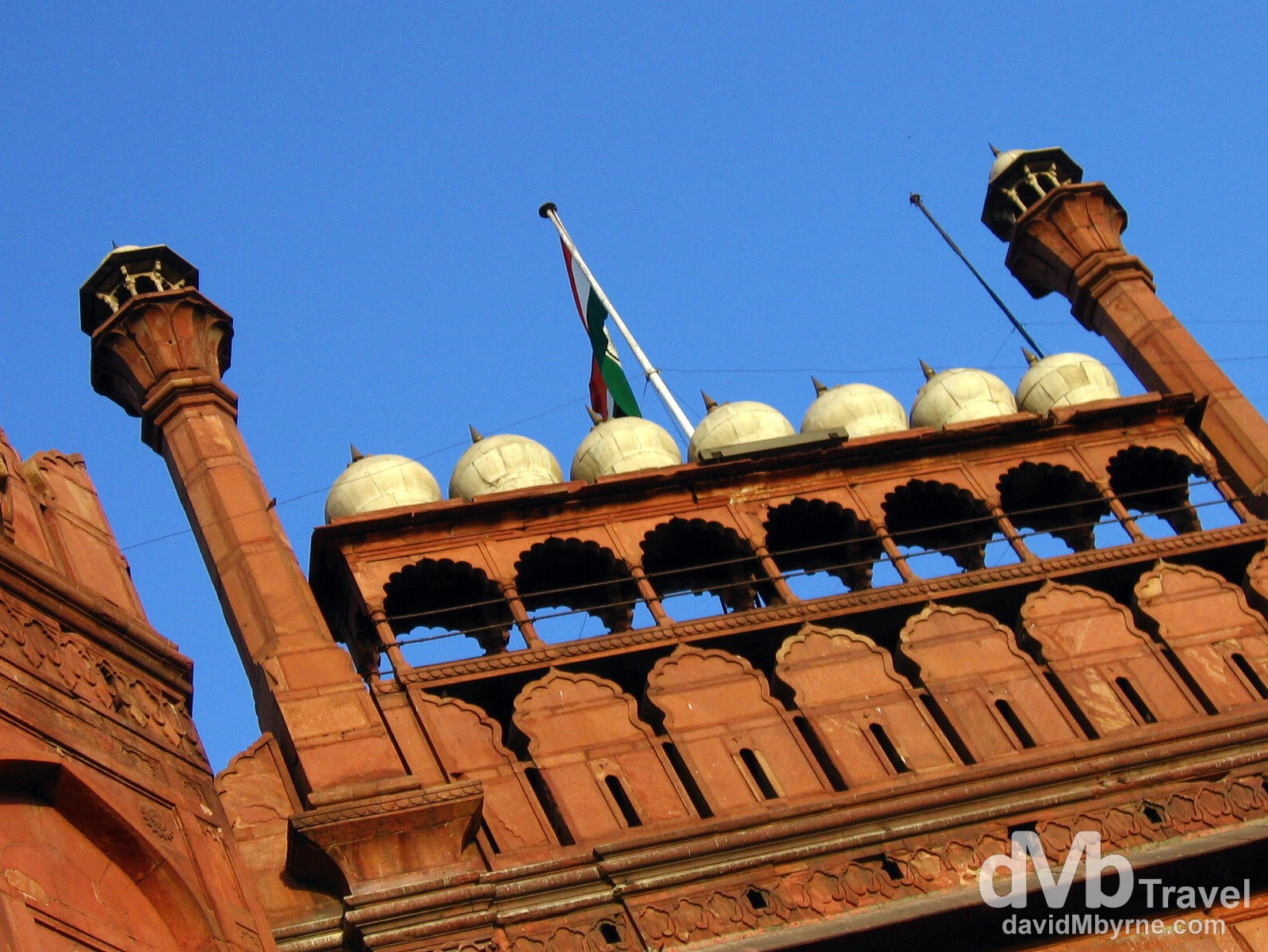 The three-storey west, Lahori gate, of Delhi’s Red Fort. The fort, built by the Moghuls from 1639 to 1648, is the largest monument in the city. Its walls are constructed from red sandstone and are diagonal in shape, measuring almost 2km in diameter. The fort contains all the expected trappings of centre of Moghul government – palaces, private apartments, a mosque and elaborate gardens. Red Fort in Old Delhi, India. March 21, 2008. 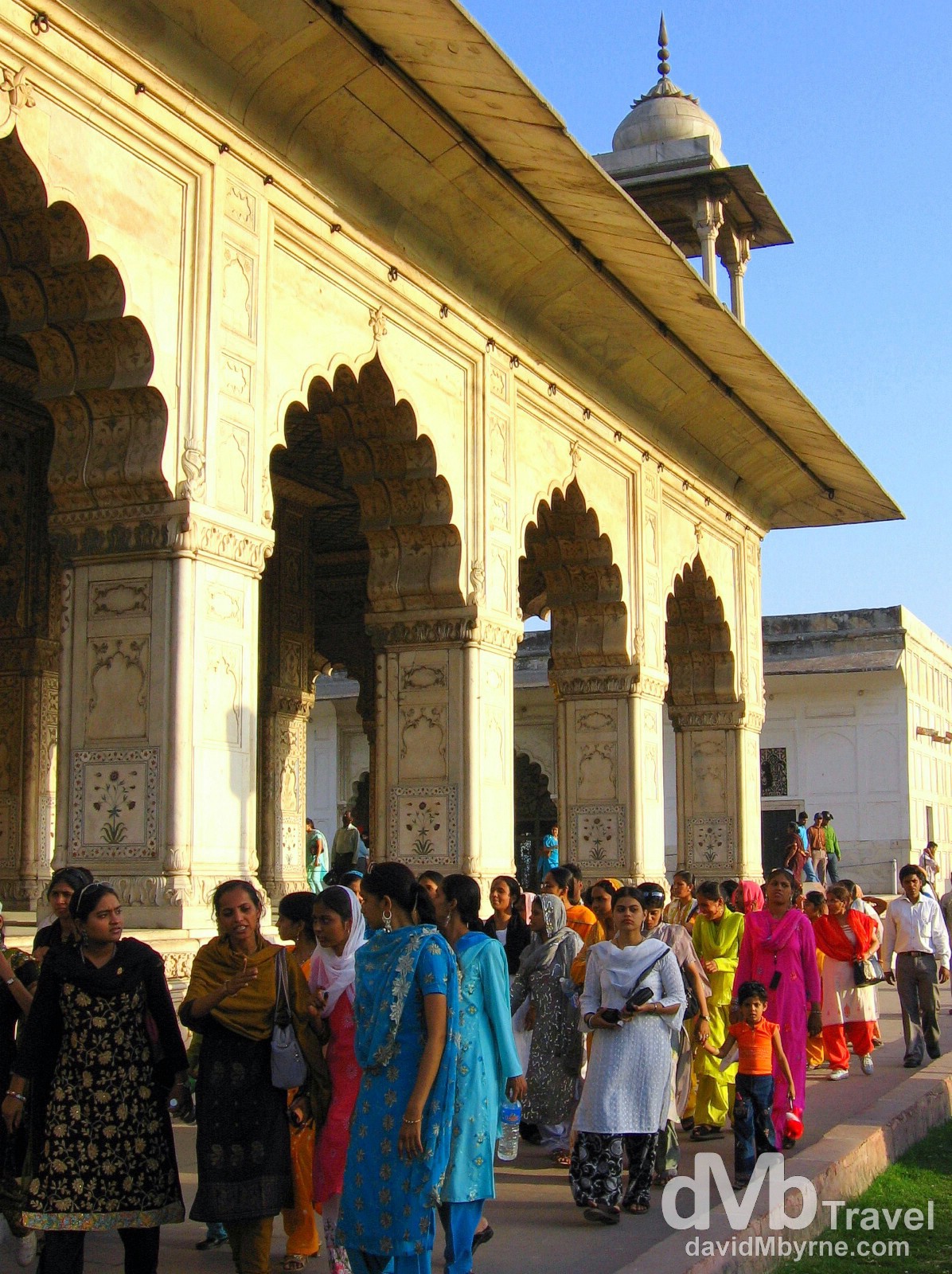 The Hall of Private Audience is the finest building in Delhi’s Red Fort. It’s made out of pure marble and its walls inlayed with precious stones such as jade and amber. The Moghul Emperor would address the highest nobles of his court here, but today it attracts hordes of westerners and, as seen here, Indians. The Red Fort, Old Delhi, India. March 21, 2008. 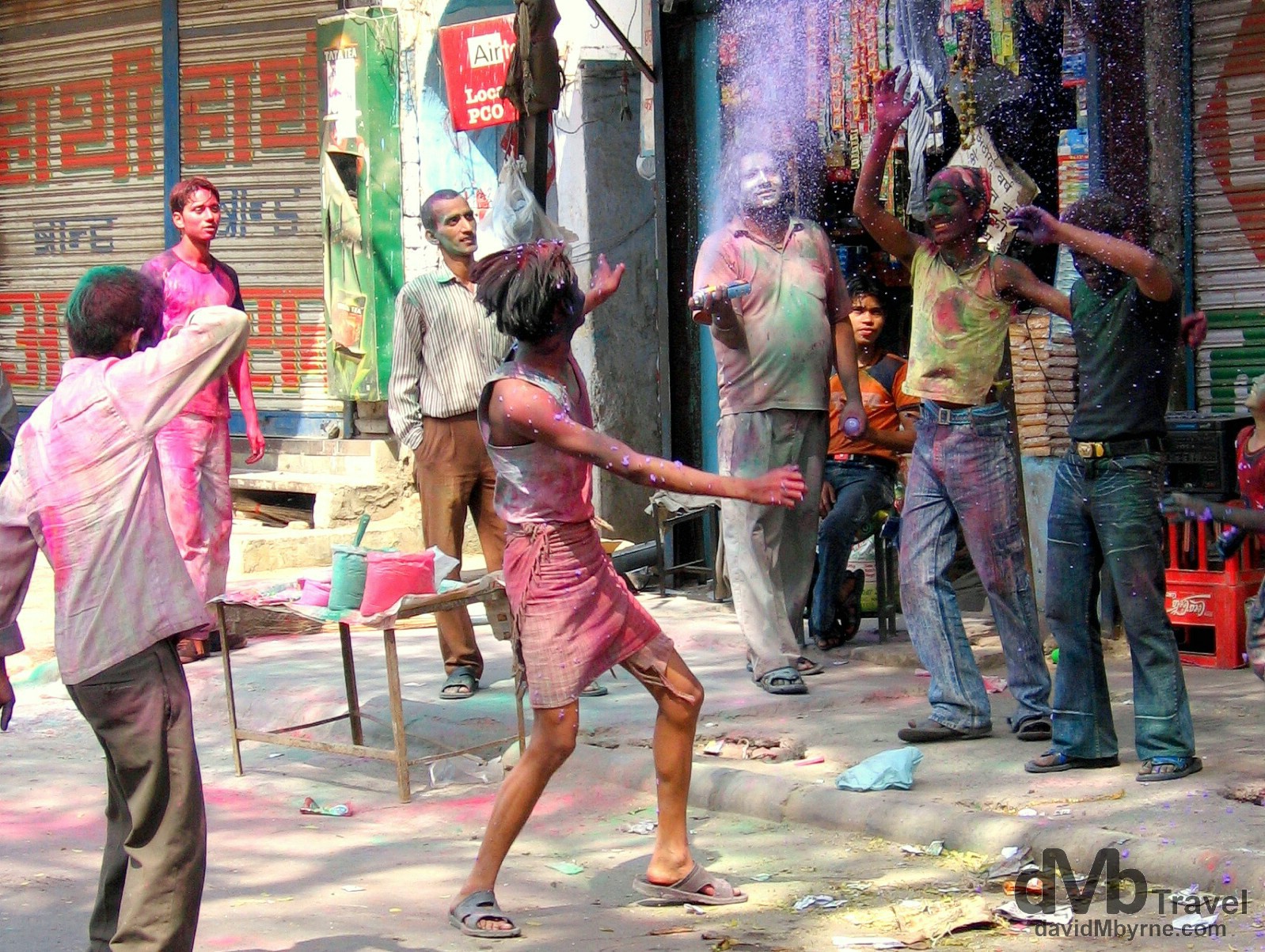 God bless the British. If it wasn´t for them Delhi would be a maze of unremarkable buildings, narrow alleyways and chaos. But here in the New Delhi parliamentary area, among the wide gardens and silence, you forget about all that. These impressive buildings were built when the Brits decided to move the capital of their most important colony here from Calcutta. The building in the distance to the left (with the dome) is the President of India´s residence. New Delhi Parliament buildings, New Delhi, India. March 22, 2008. 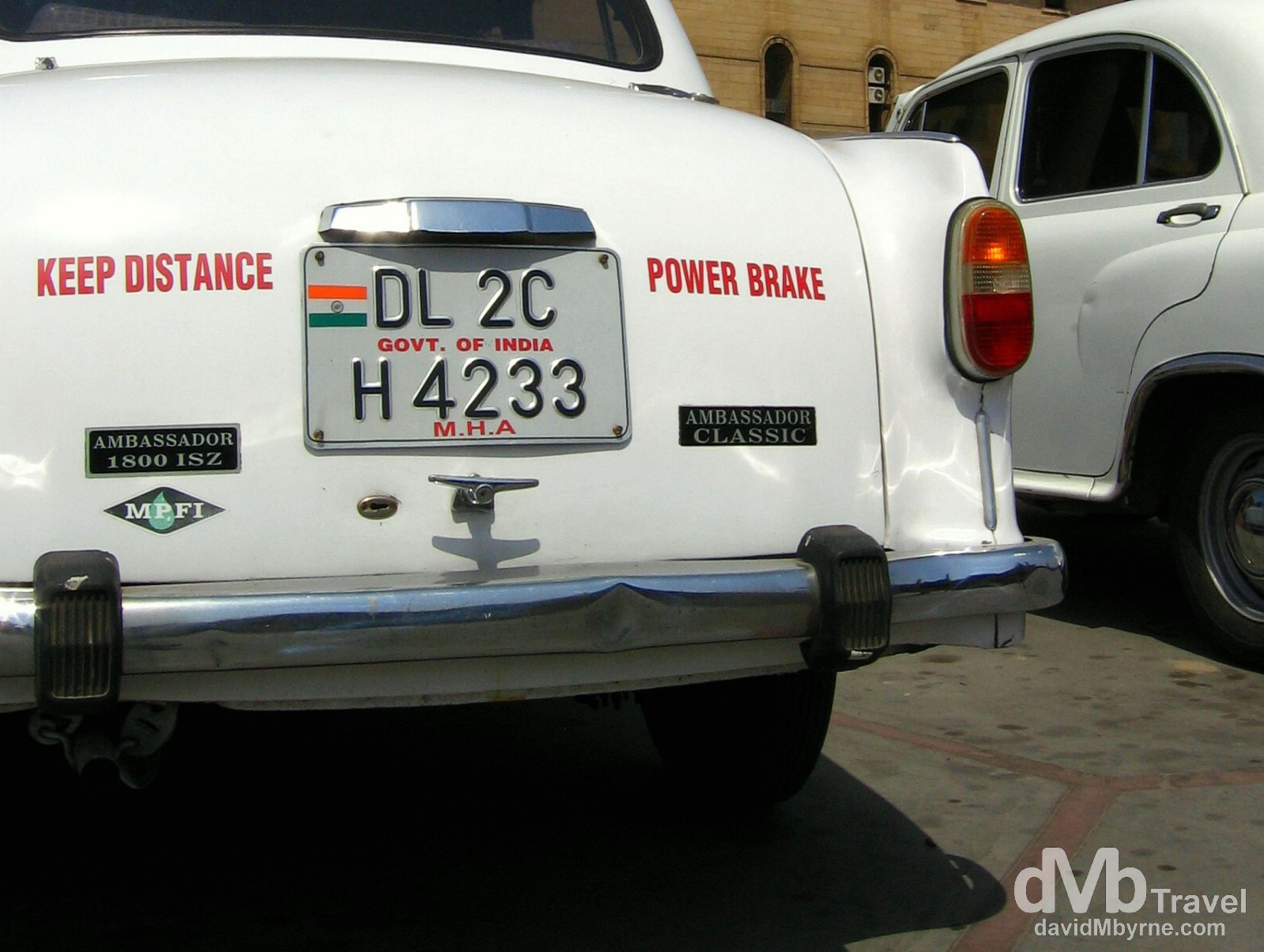