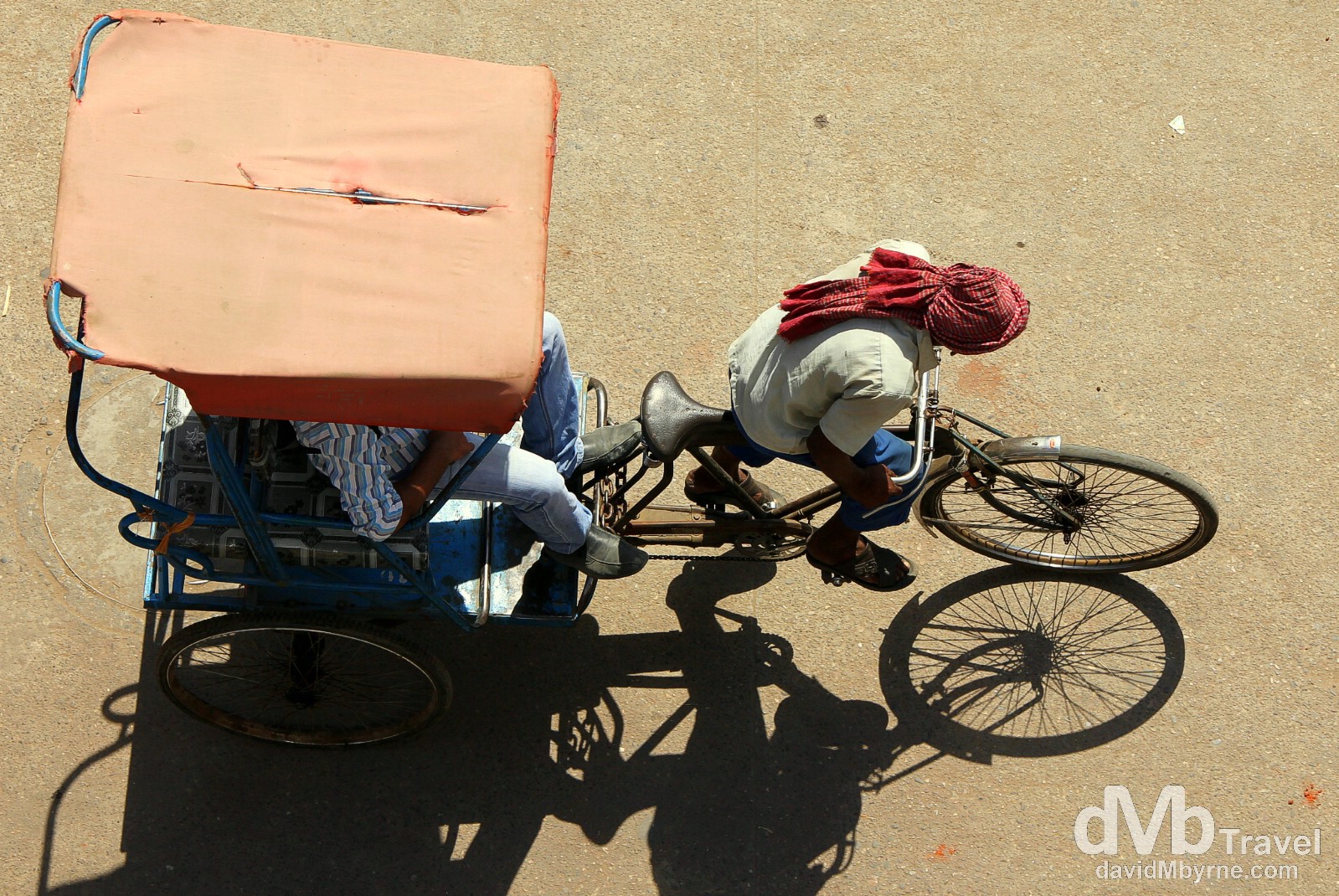 Delhi, also known as the National Capital Territory (NCT) of India, is the metropolitan region that includes the national capital city, New Delhi. With a population of 22 million in 2011, it is one of the world’s most populous metropolitan areas & the largest in India in terms of area. 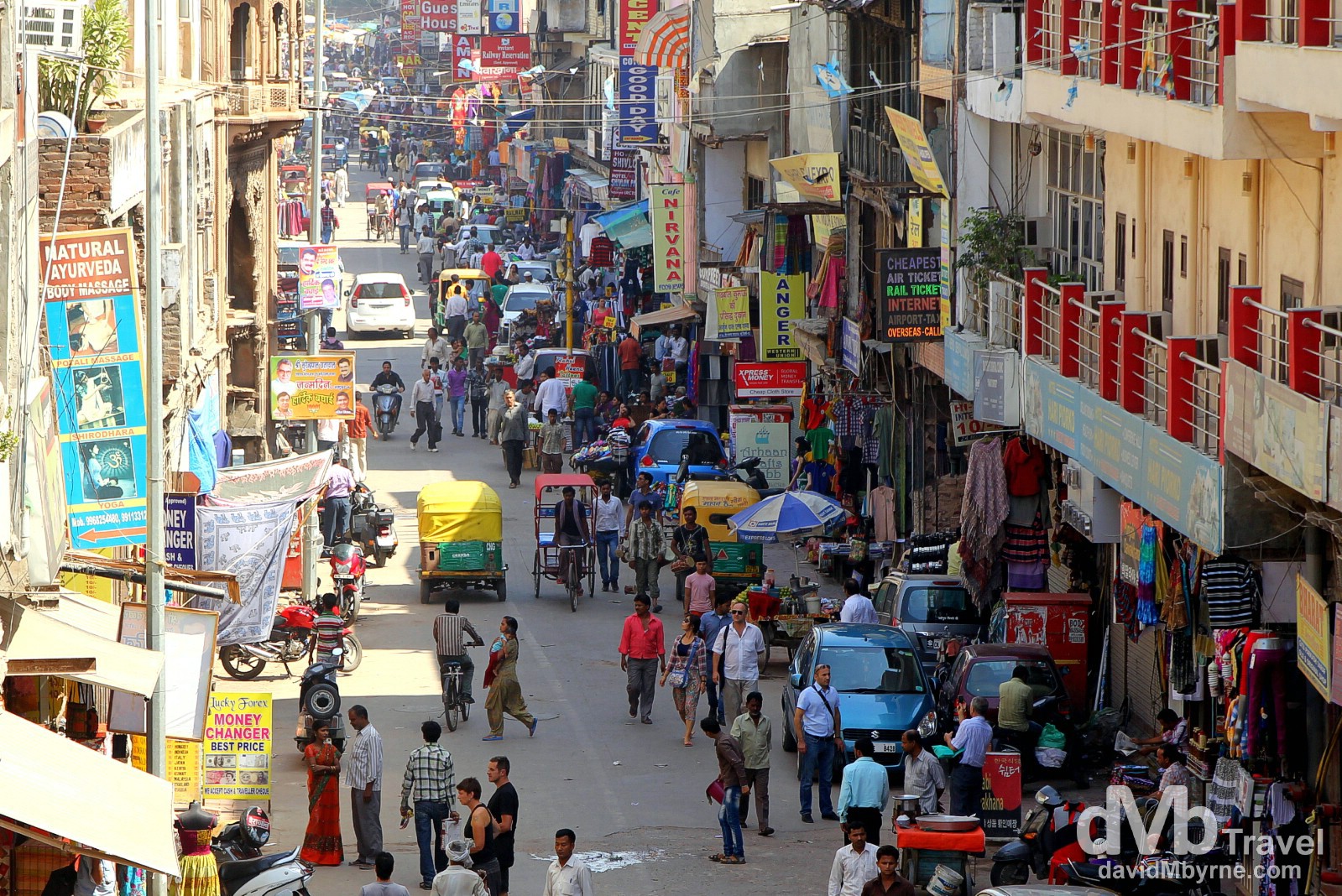 A view down the Main Bazaar in the traveller hangout of Paharganj in Old Delhi, Delhi (

I only had one day at my disposal in Delhi on this, my third visit to the capital region. But one day proved to be sufficient for me to organise train tickets for the rest of my time in the country & to pay a quick visit to two of Delhi’s best known but vastly different cities – frenetic, decrepit Old Delhi & British-built New Delhi, the capital.

Frenetic, crumbling & chaos-infested Old Delhi is the Muslim city of the Moghuls dating back to the 7th century. Full of hustle, bustle, decrepit buildings & history, it’s a great place to wander especially with a camera. 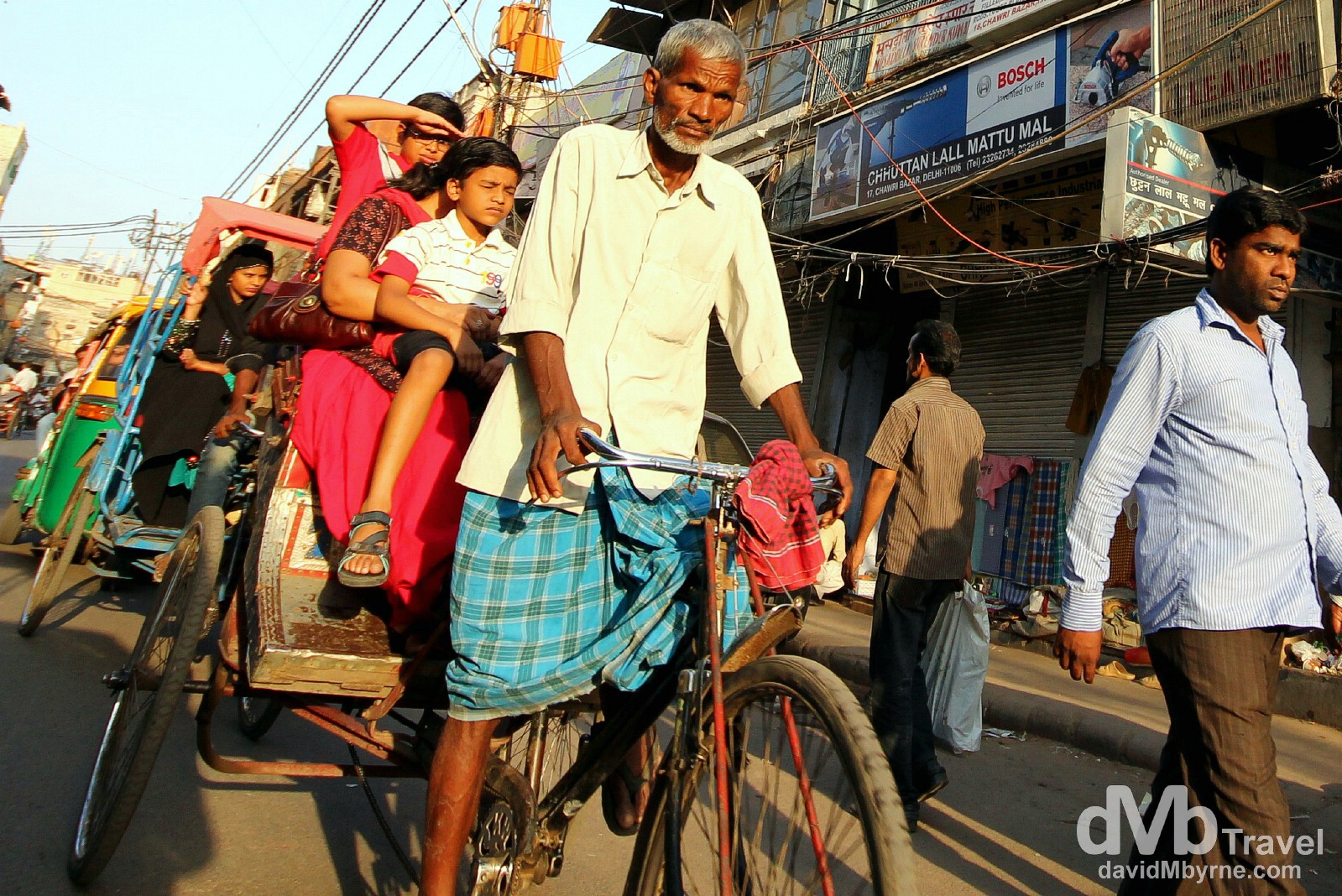 Delhi has been continuously inhabited since the 6th century BC. Through most of its history, Delhi has served as a capital of various kingdoms and empires. It has been captured, ransacked and rebuilt several times, particularly during the medieval period. Modern Delhi is a cluster of a number of cities spread across the metropolitan region, prompting Delhi to sometimes be called the City of Cities. 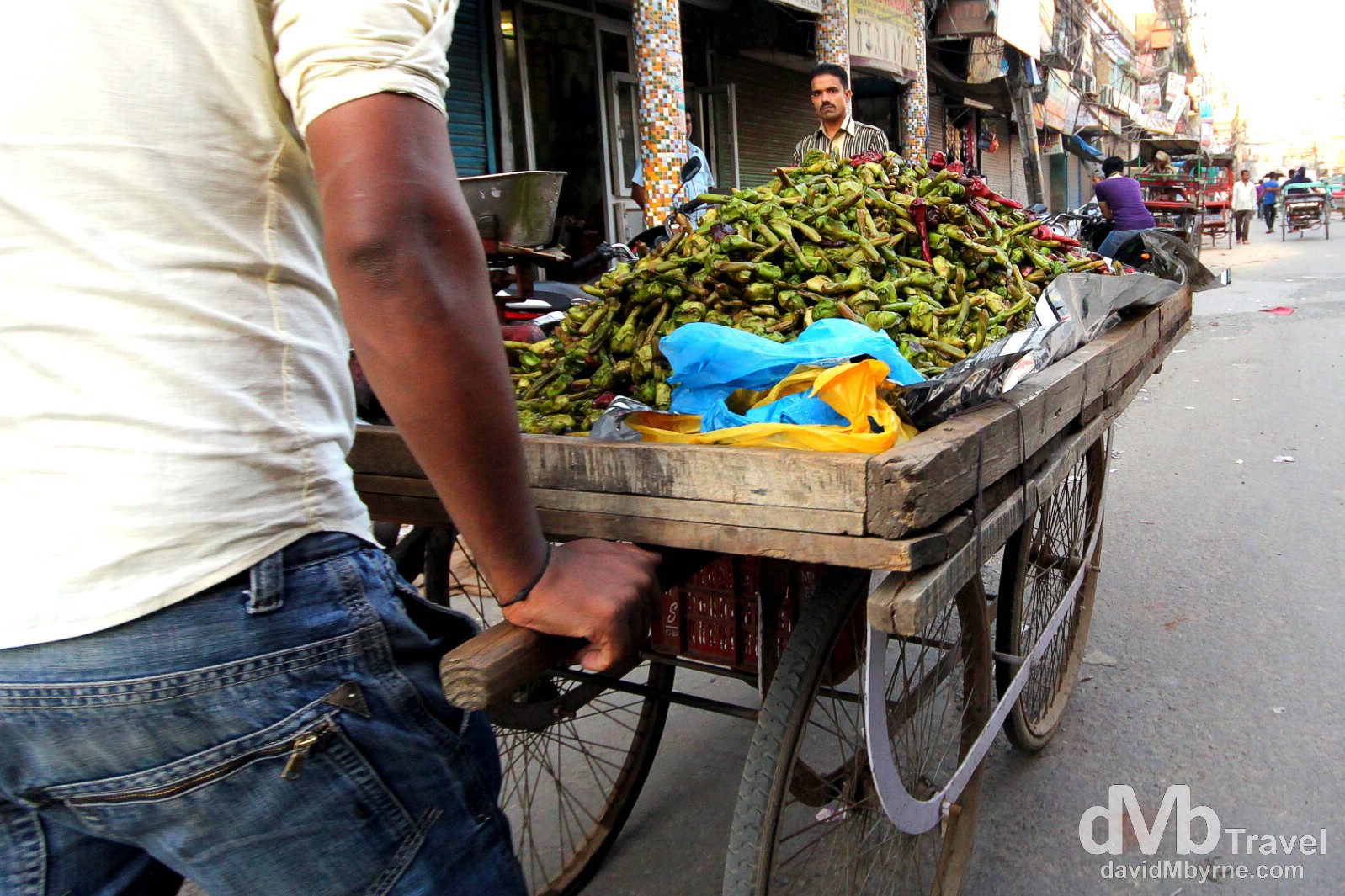 A produce cart on the streets of Old Delhi, Delhi, India. October 7th 2012. 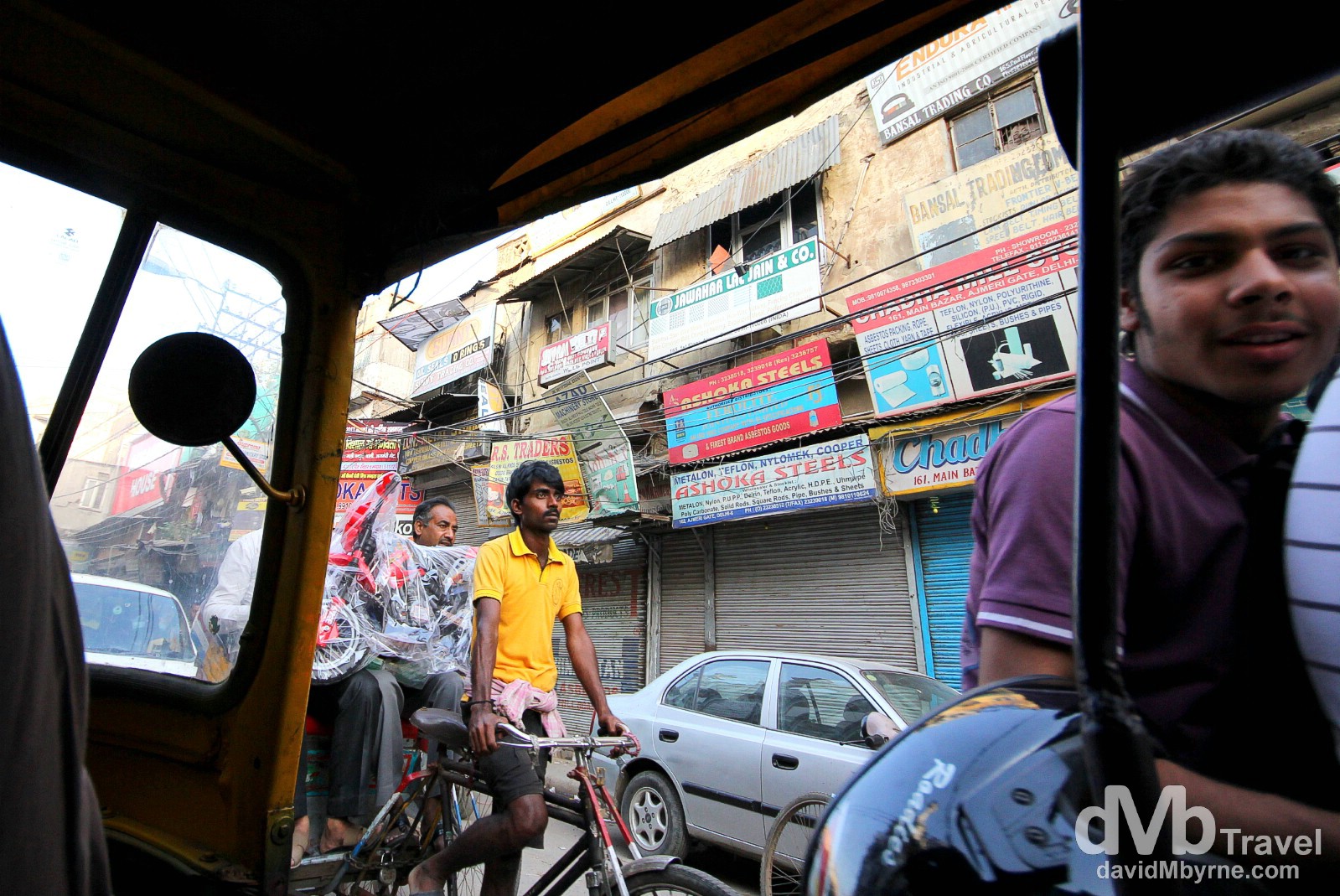 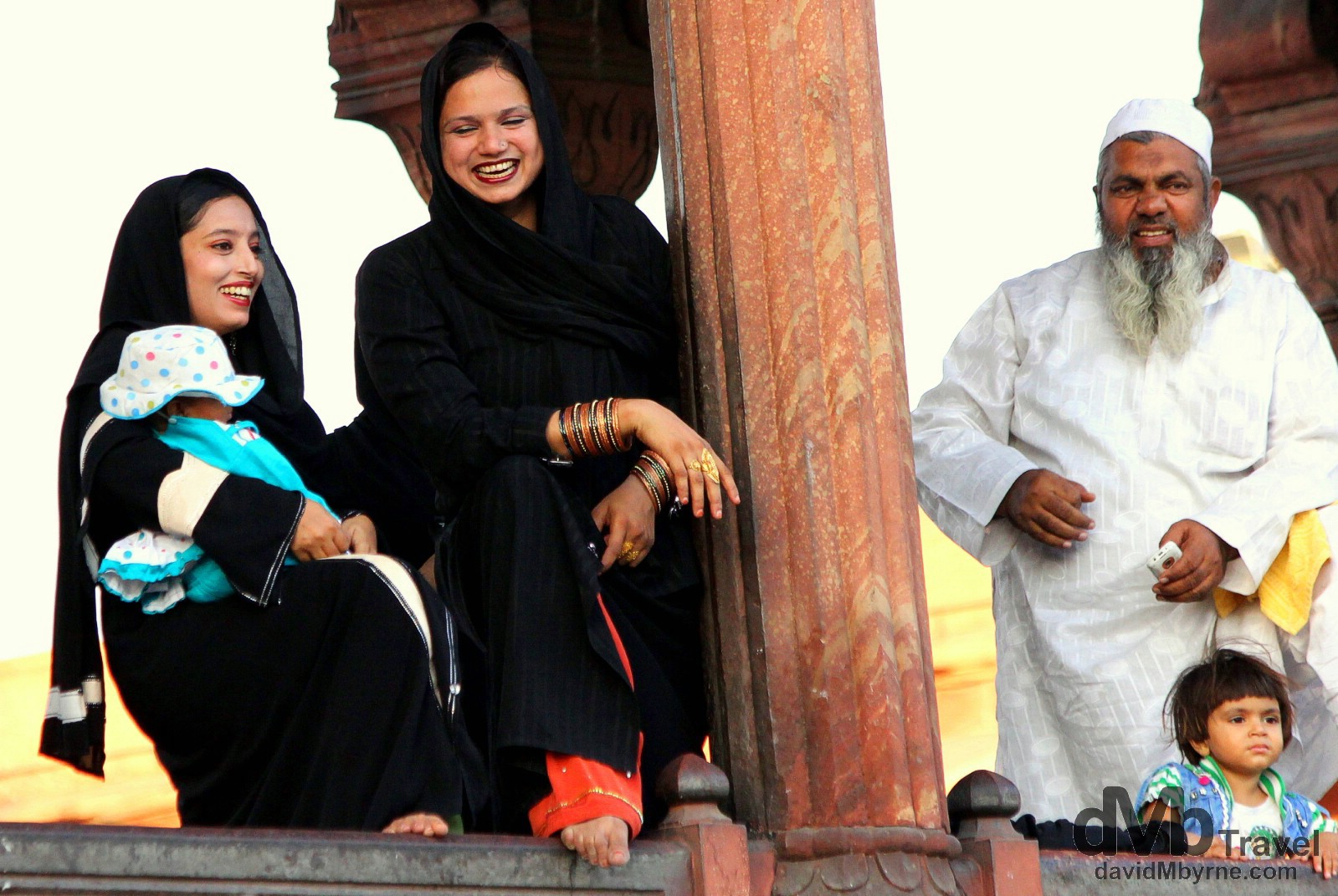 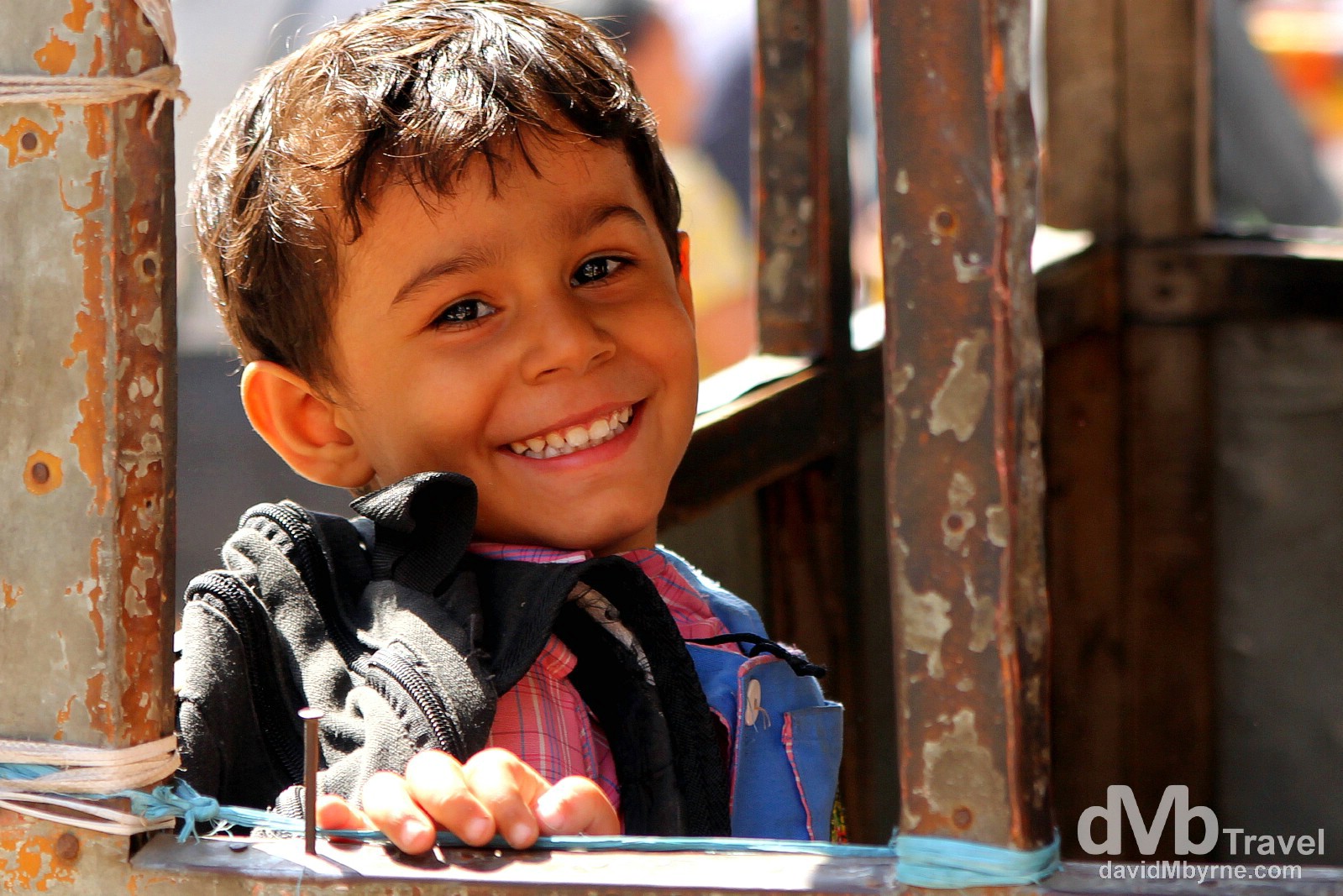 If not for the British, Delhi would be a maze of narrow, claustrophobic streets & downright chaos. But in New Delhi, with its wide, tree-lined boulevards, parks & red sandstone colonial buildings, you forget all that – or at the very least you escape it for a bit. New Delhi was built by the British who moved their colonial capital from Kolkata (Calcutta) to Delhi in 1911, to be the capital of their empire’s most important colonial possession, although it wasn’t officially inaugurated as the capital until 1931. 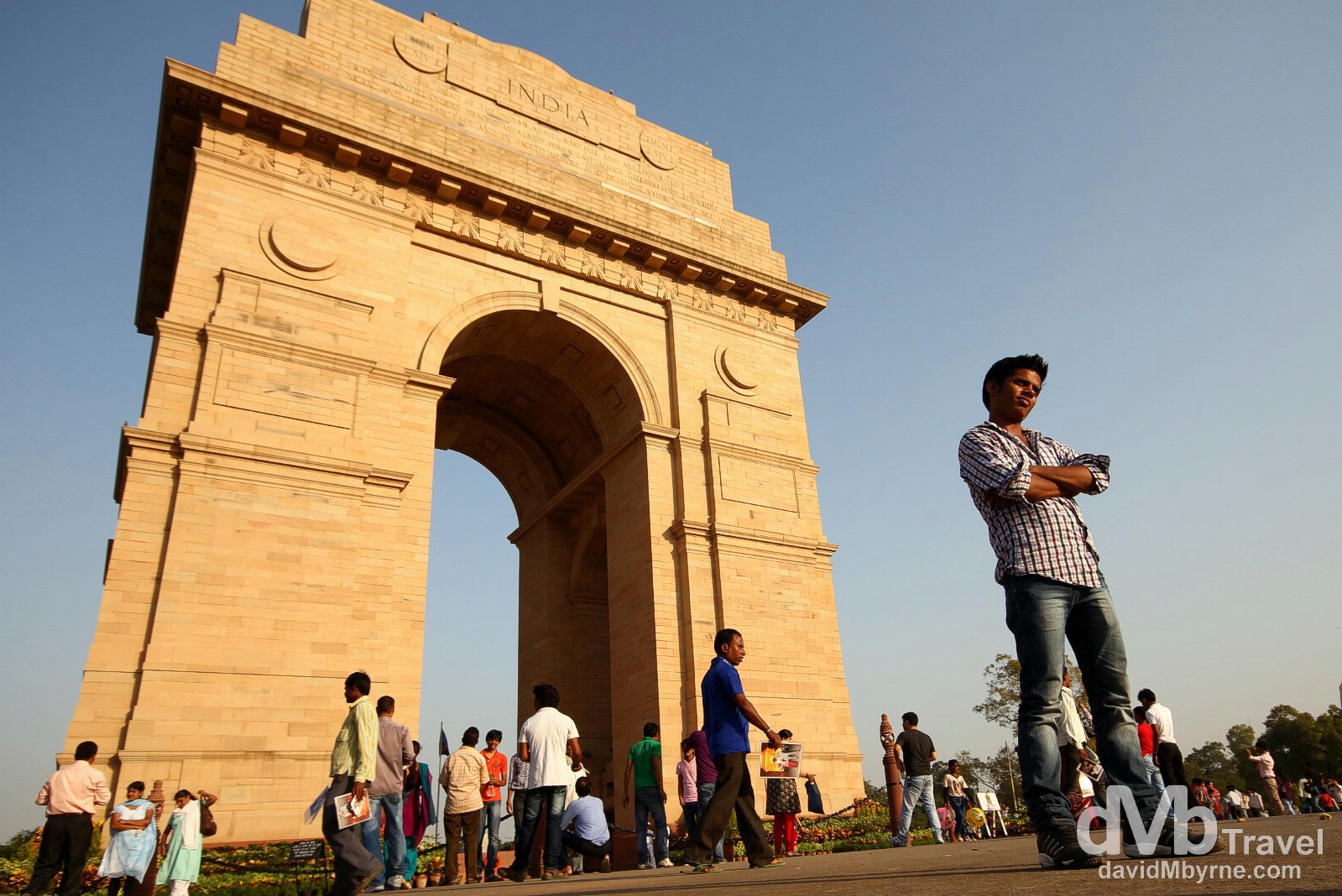 Posing at the India Gate, New Delhi. The India Gate was designed and built by the British to commemorate the Indian and British soldiers who died fighting in WWI and the 1919 Afghan war – the names of 90,000 soldiers are engraved on the stone of the monument. It & the expansive greenery surrounding it are popular hangouts for Delhi’s residents, especially on the weekends. New Delhi, India. October 7th 2012.