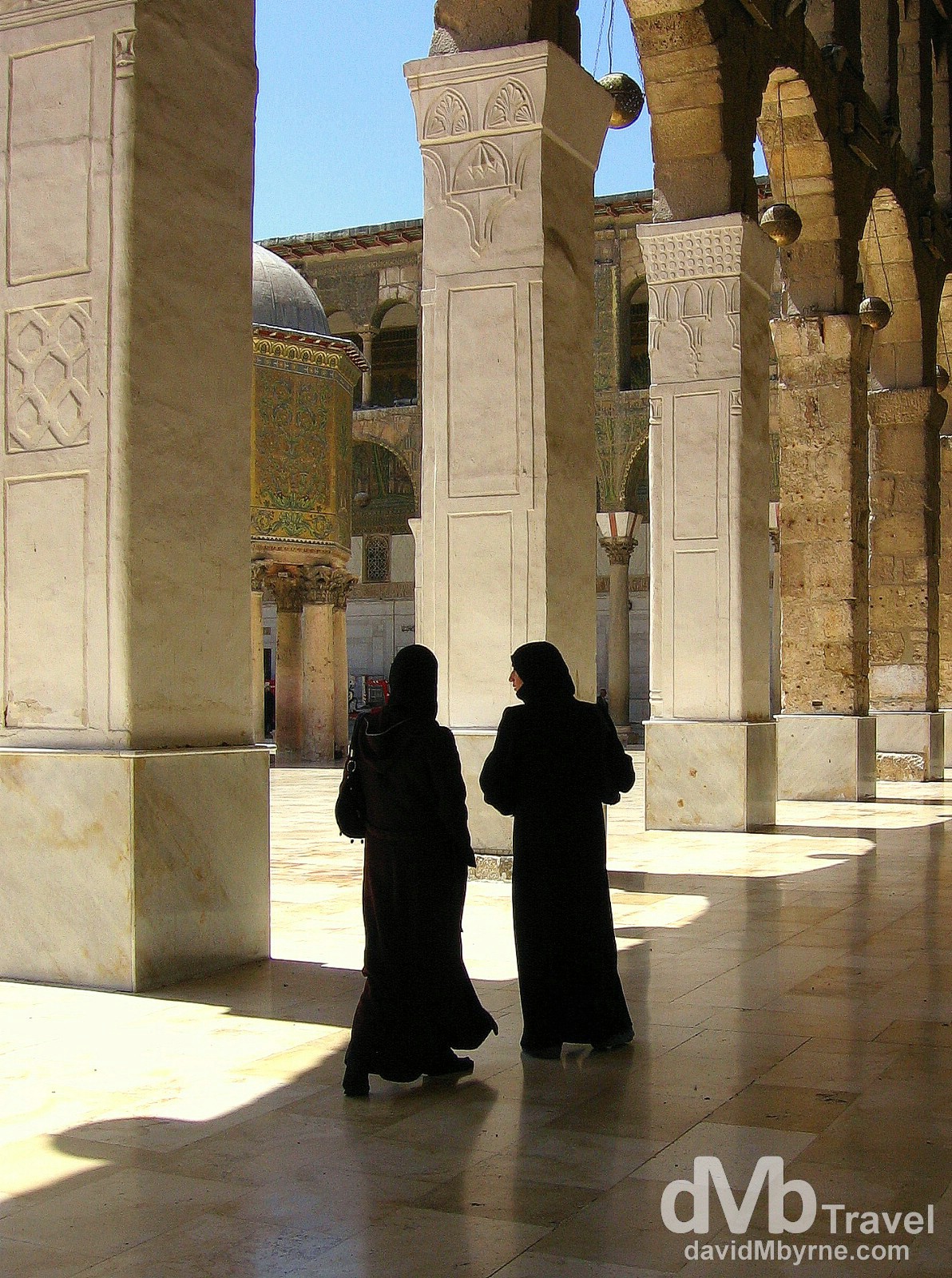 Founded in the 3rd millennium B.C., the Syrian capital of Damascus is one of the oldest cities in the Middle East & is considered to be among the oldest continually inhabited cities on earth. It was an important cultural and commercial centre, by virtue of its geographical position at the crossroads of the orient and the occident, between Africa and Asia, & in the Middle Ages it was the centre of a flourishing craft industry, specializing in swords and lace. The city boasts some 125 monuments from different periods of its long history, one of the most spectacular of which is the 8th-century Umayyad Mosque, built on the site of an Assyrian sanctuary.

Two visitors in the courtyard of The Umayyad Mosque, aka The Great Mosque of Damascus, in Damascus, Syria. May 5, 2008.

The Umayyad Mosque, also known as The Great Mosque of Damascus, is one of the largest and oldest mosques in the world, located in the centre of the UNESCO World Heritage-listed Ancient City of Damascus. The mosque was built after the Arab conquest of Damascus (circa 630) on the site of a Christian basilica dedicated to John the Baptist, a basilica built circa 310 during the reign of the Roman emperor Constantine I. The mosque holds a shrine which still today contains the head of John the Baptist, honored as a prophet by both Christians and Muslims alike. In 2001 Pope John Paul II visited the mosque, primarily to visit the relics of John the Baptist. It was the first time a Pope ever paid a visit to a mosque. I spent a few hours sitting on the edge of mosque’s gleaming marble courtyard watching the peaceful world go by. It was bliss. 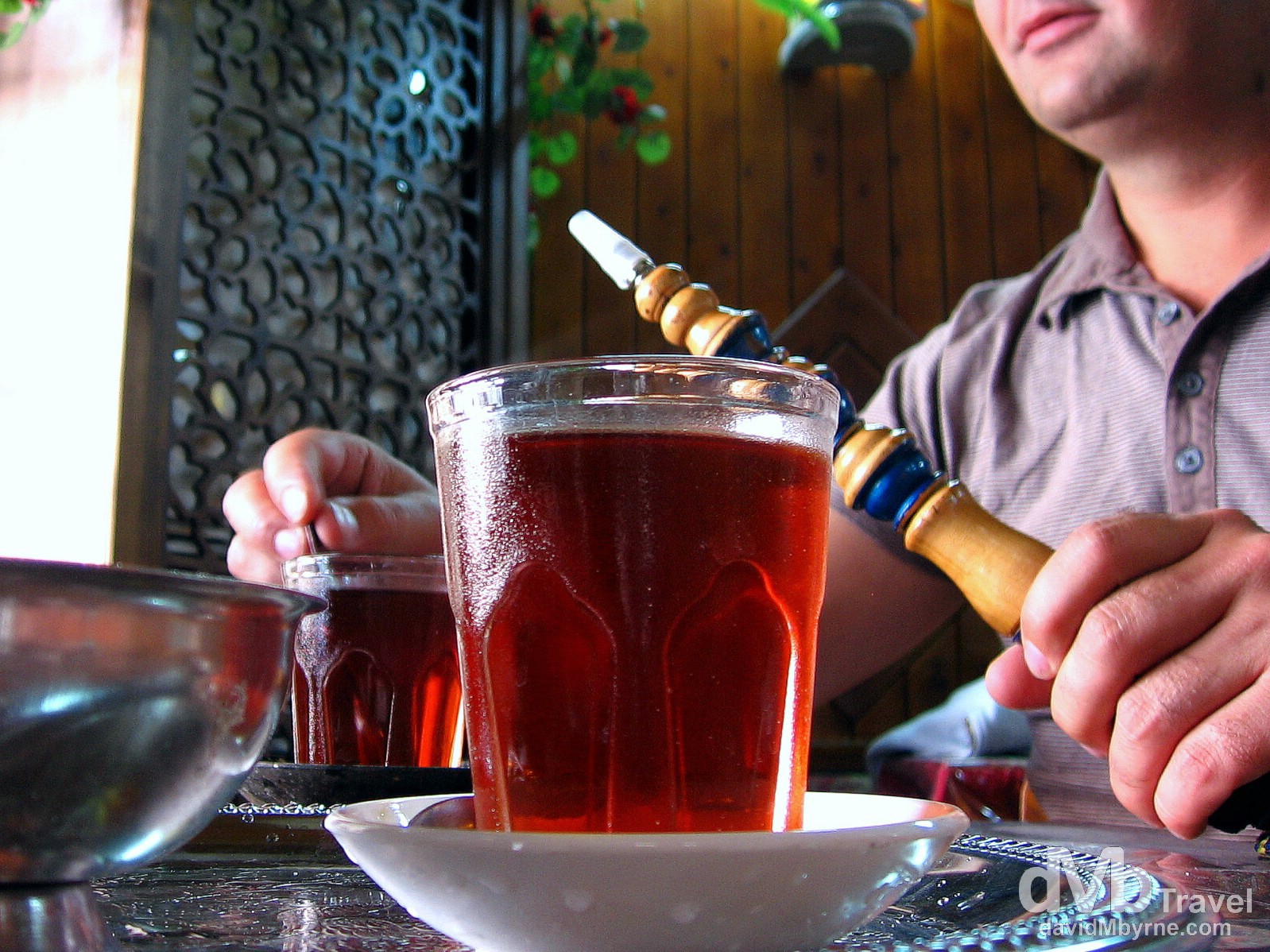 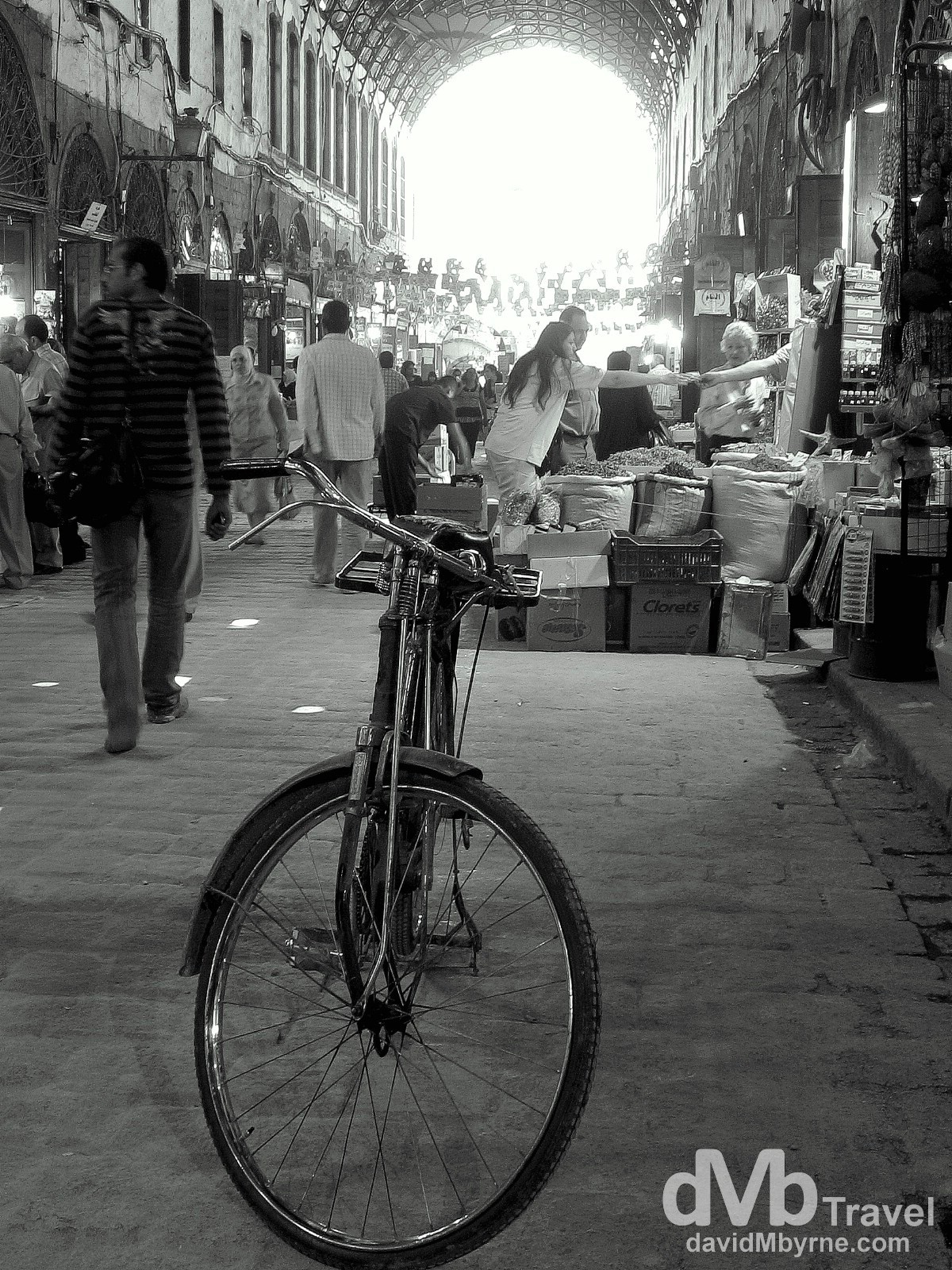