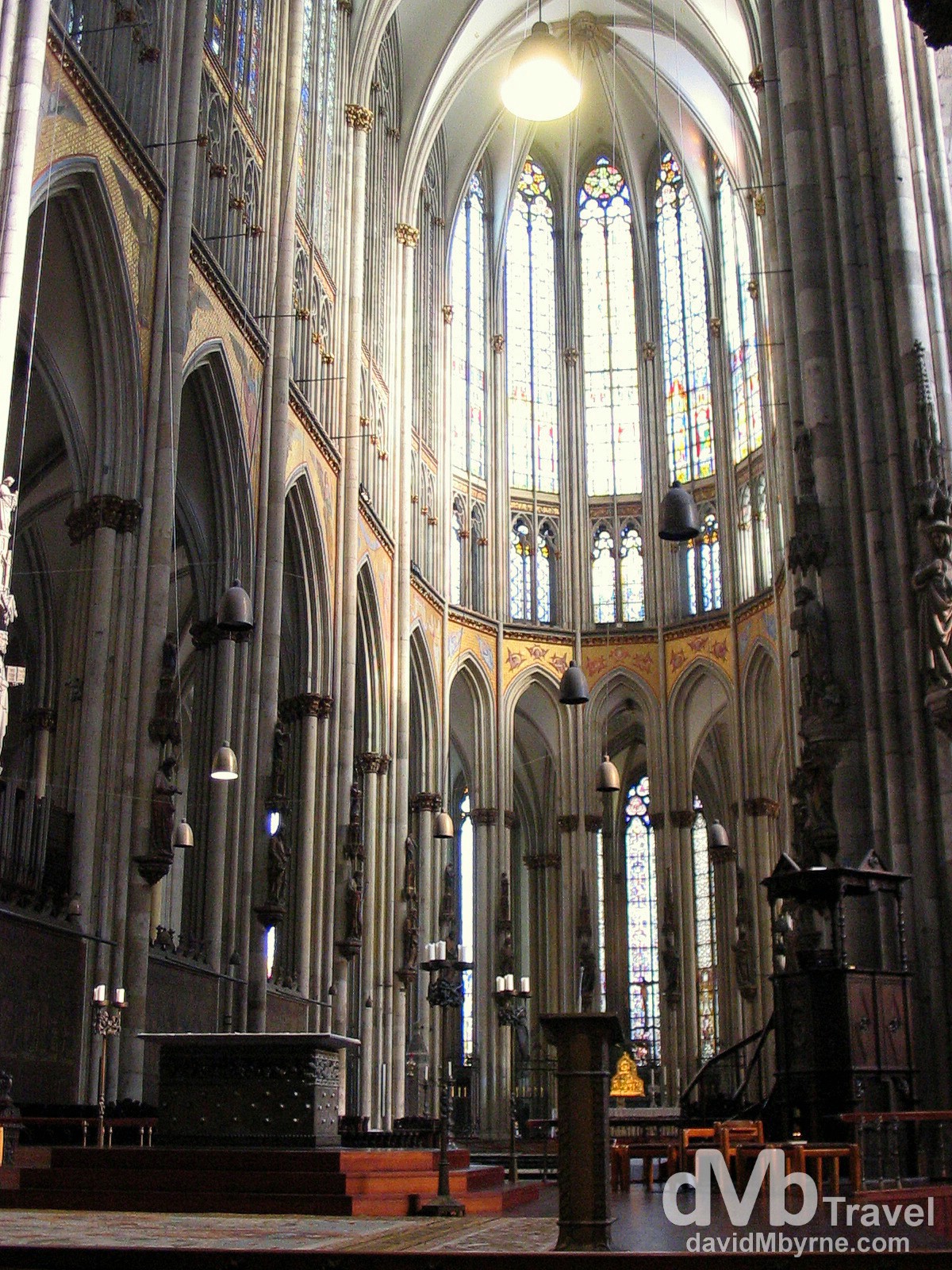 Cologne Cathedral (Kölner Dom) is the largest Gothic church in northern Europe, boasting the second-tallest spires and biggest façade of any church in the world. The hulking Gothic masterpiece, Germany’s most visited landmark, was constructed in several phases between 1248 and 1880 by successive builders who were inspired by the same faith and a spirit of absolute fidelity to the original plans. Apart from its exceptional intrinsic value and the artistic masterpieces it contains, Cologne Cathedral testifies to the enduring strength of European Christianity.

The main altar area in the interior of Cologne Cathedral (Köln Dom), Cologne (

The cathedral was damaged during World War II air raids but while it wasn’t completely destroyed no fewer than fourteen heavy bombs reduced it to a pitiful state – the towering 157-metre tall spires are said to have aided the navigation of Allied bombers during the latter part of the war and as such were spared. Restoration and reconstruction work started after the war but it wasn’t fully complete until 1956. The cathedral, a UNESCO-listed World Heritage Site since 1996, is an impressive sight – the above picture of the main altar area, one of my very early travel pictures, doesn’t quite manage to show the massive expanse of the area seen here. 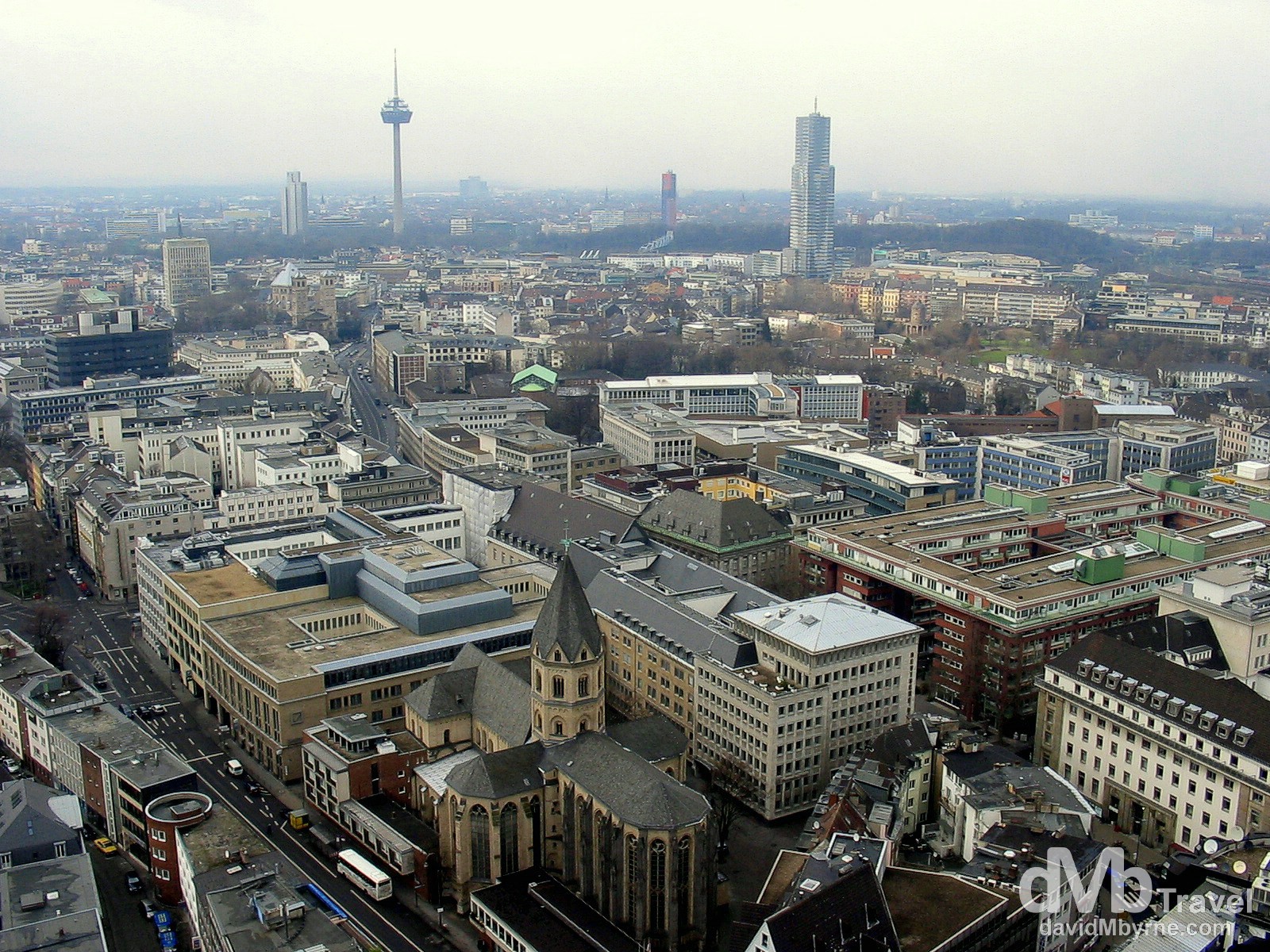