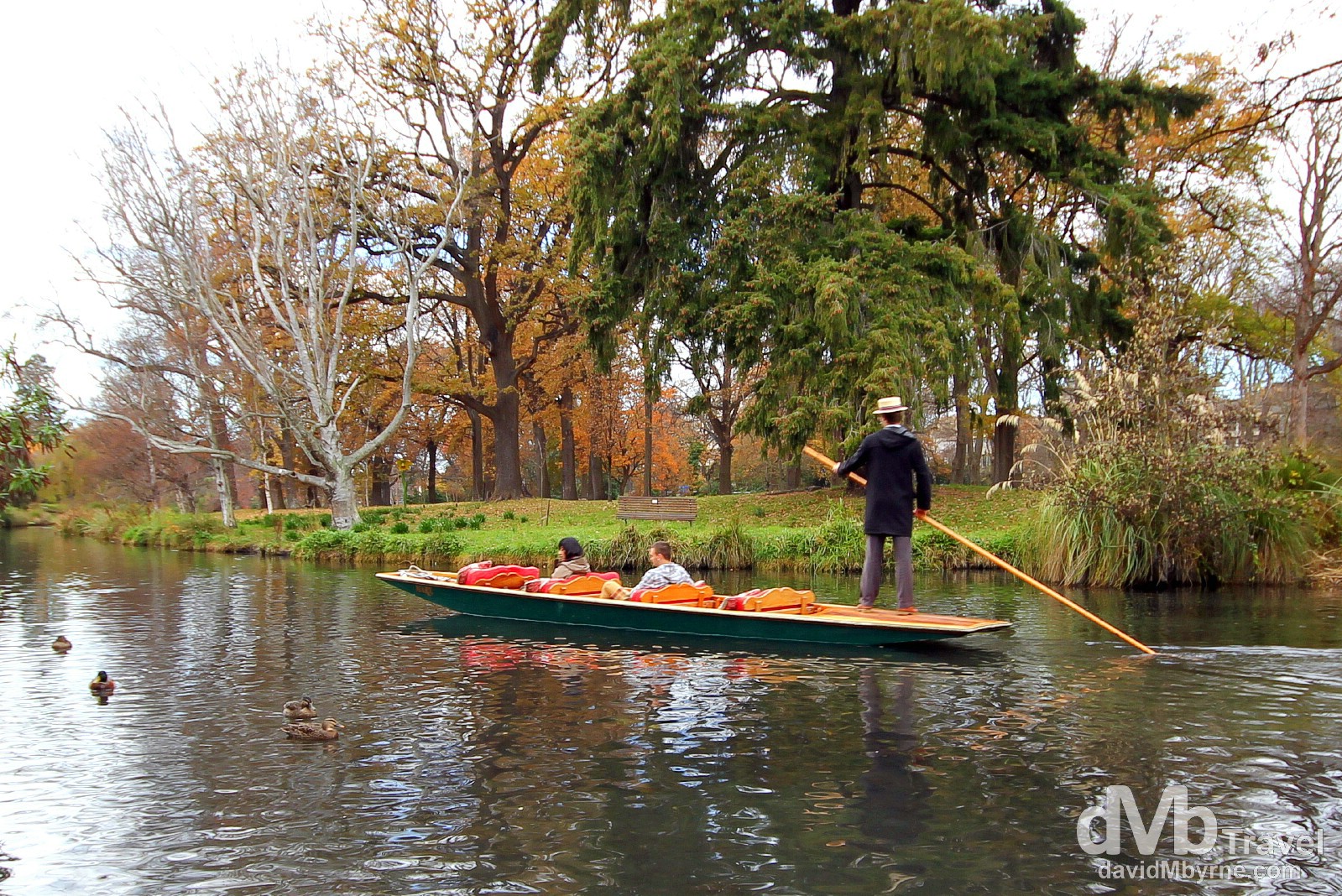 Back in 2003, on my first visit to New Zealand, Christchurch, New Zealand’s most English of cities, was my first stop in the country. This time around it’s my last stop. Of late, Mother Nature has not been kind to the city, the largest on New Zealand’s South Island, and today I find it recovering from the most catastrophic event in its short history.

Punting on the Avon River in the Botanic Gardens, Christchurch (

). The 1850 settlement of the city was an ordered Church of England enterprise, the aim being to make the city a model of class-structured England in the South Pacific & not just another lawless, scruffy outpost. The city’s Botanic Gardens are a 30 hectare botanic wonderland, planted with some 10,000+ specimens of indigenous & introduced plants. It’s a very beautiful place to be this time of year, the southern hemisphere Autumn/Fall. Christchurch, South Island, New Zealand. June 3rd 2012.

Unfortunately memories are all I have of the once beautiful Christchurch City Centre & the city’s centrepiece, its cathedral-dominated square. The 6.3 magnitude earthquake that hit here with devastating effect on February 22nd, 2011, killed 185 people & caused massive structural damage to the city, so much so that a large portion of it – virtually the whole of the City Centre of New Zealand’s second most populous city – is now designated an off-limit Red Zone. 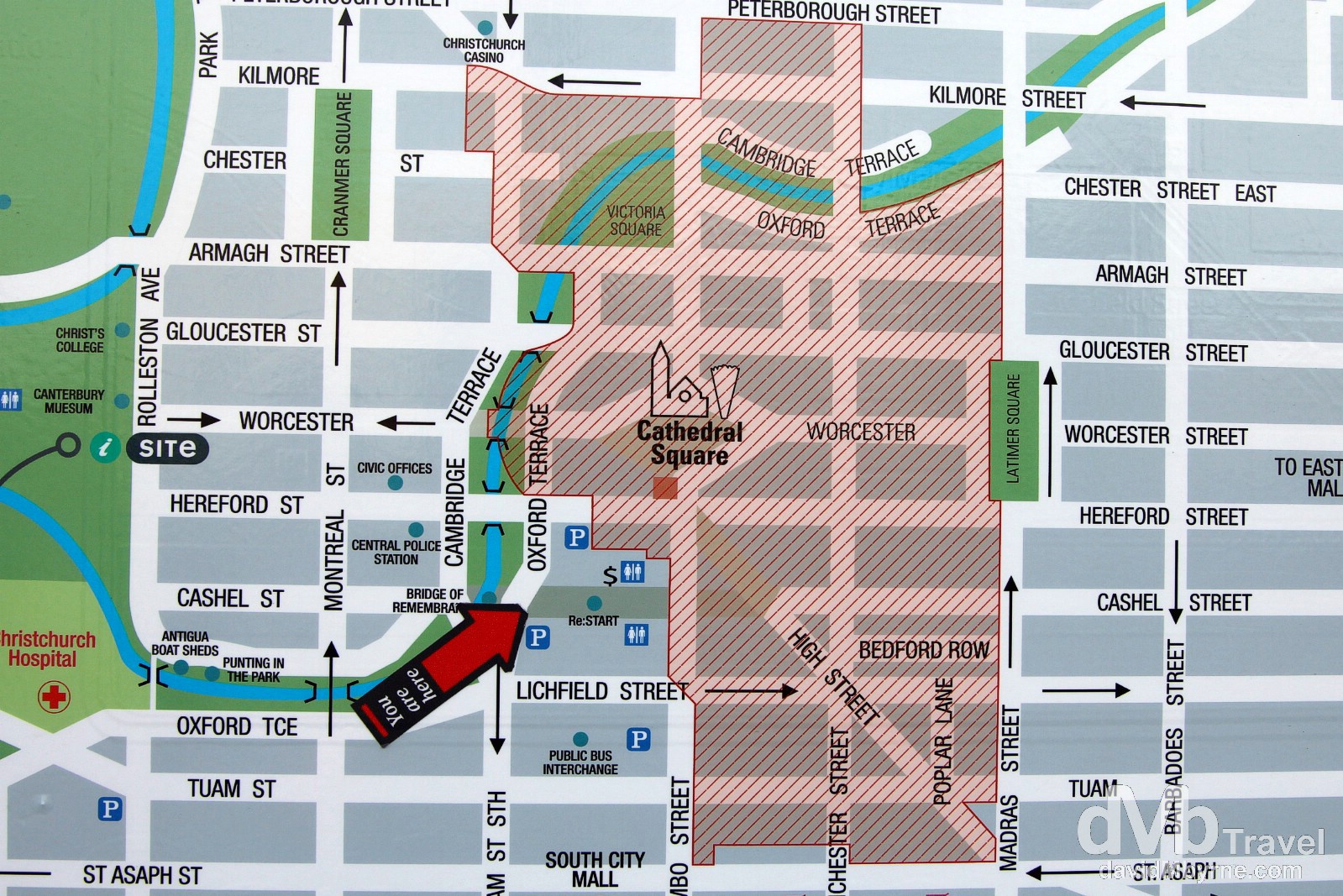 A notice on the fencing that bars entry into the Red Zone reads,

Due to earthquake damage, parts of the Central City of Christchurch remain cordoned off to the general public. These cordoned off areas will reopen in stages during 2012 as remedial work is completed. 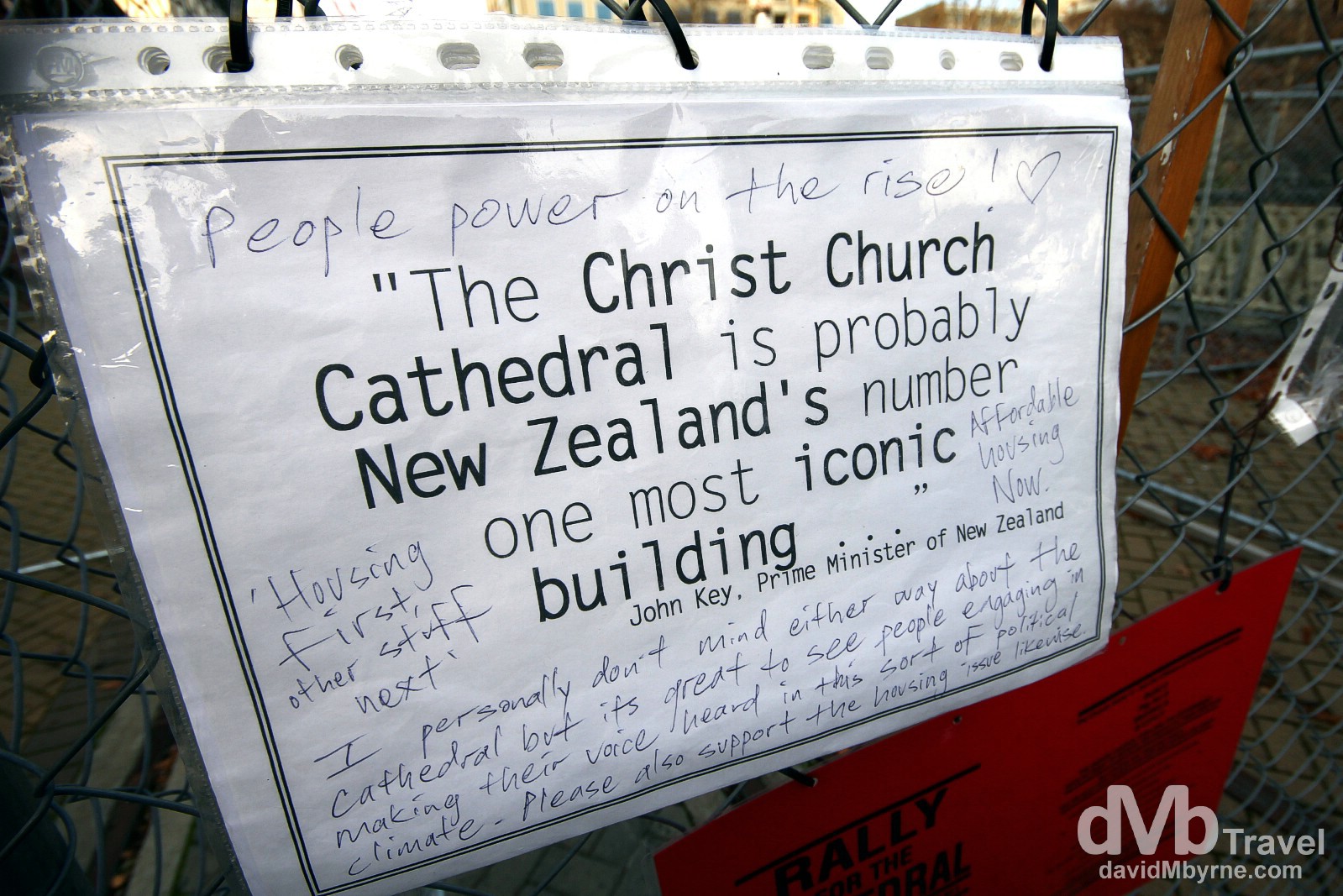 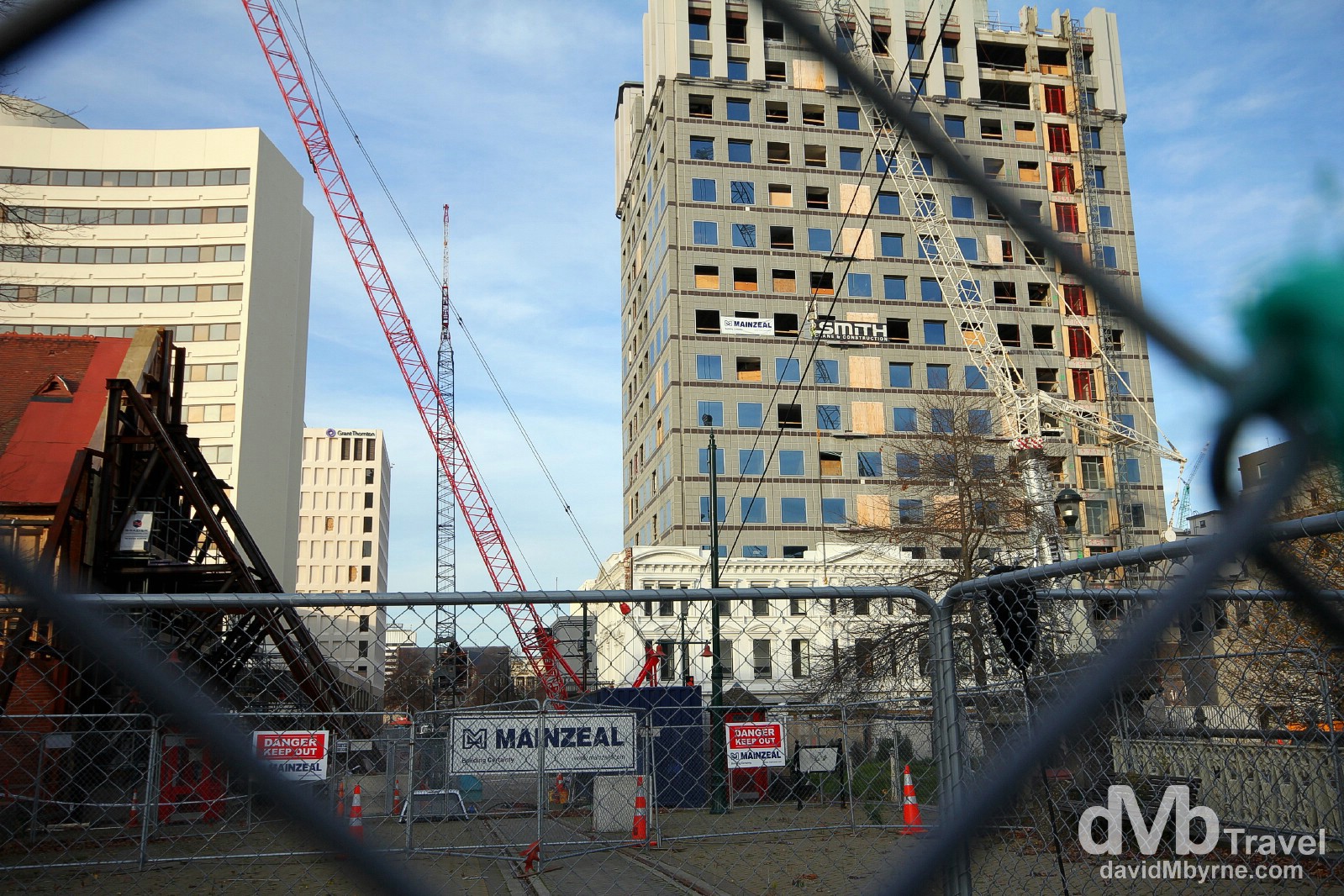 I was taken aback with the scale of the damage, rather naively I must say. I took this picture through the Red Zone fencing while trying to contemplate the scale of the destruction in front of me. It was a sobering end to my time in New Zealand. Here’s hoping Christchurch gets back on its feet as soon as possible, although it’s still appears some way off from doing so. Looking through the Red Zone fencing in earthquake-hit Christchurch, South Island, New Zealand. June 2nd 2012.