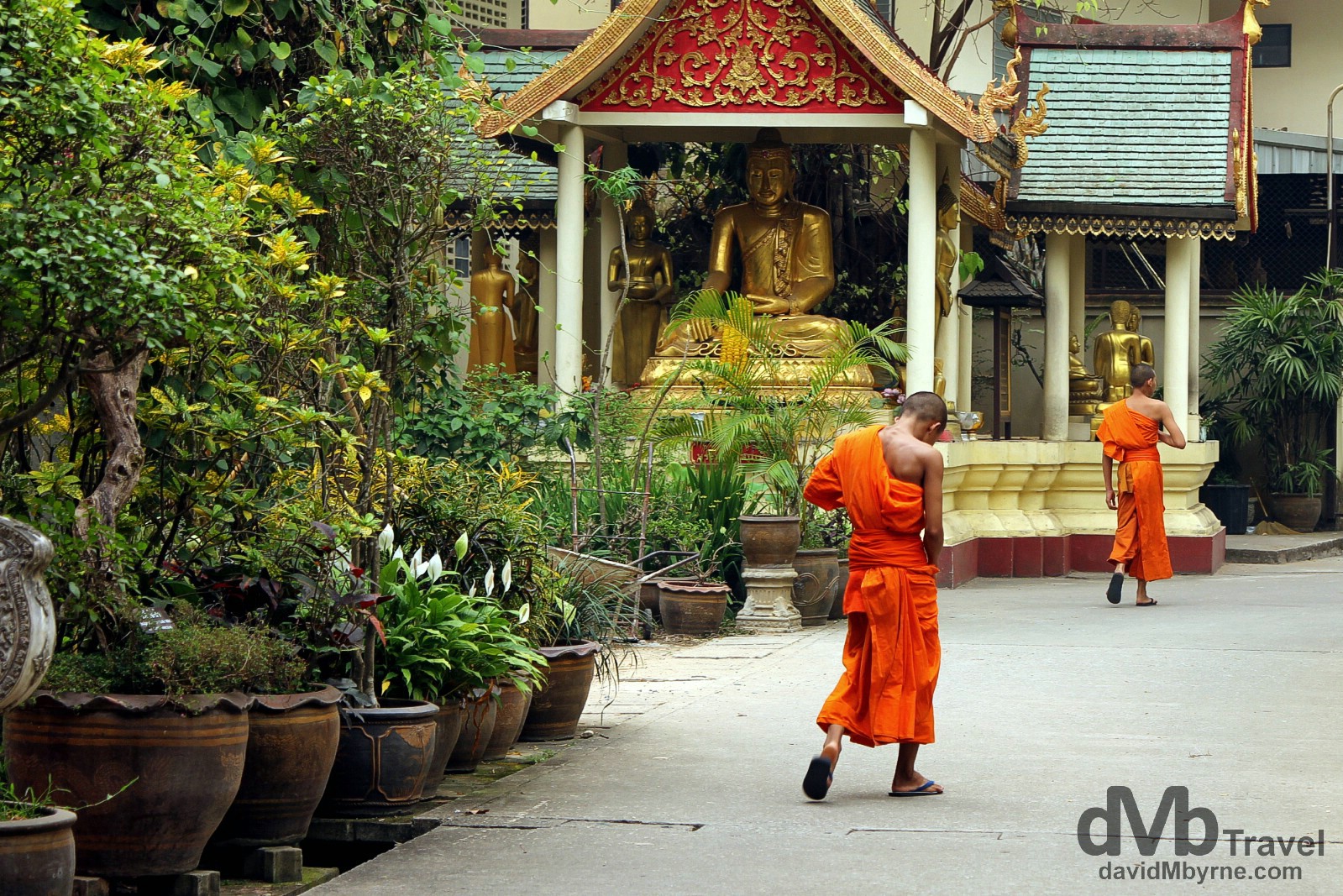 I‘ve spent the last while in Chiang Rai, northern Thailand, taking a look around. This is (almost) extreme northern Thailand, not too far from the border with Burma (some call it Myanmar). Having a look around didn’t take long. There’s not a whole lot to see (the town is mainly used as a stopover on the way further north or as a base for hill tribe trekking in the surrounding region). It’s all about temples/wats & jungles up here and they have a quite bizarre one of the latter – Wat Kong Phrun, a.k.a. The White Temple – as some kind of sparkling, twisted, mirror-infused reward for those who make the effort to come up here. 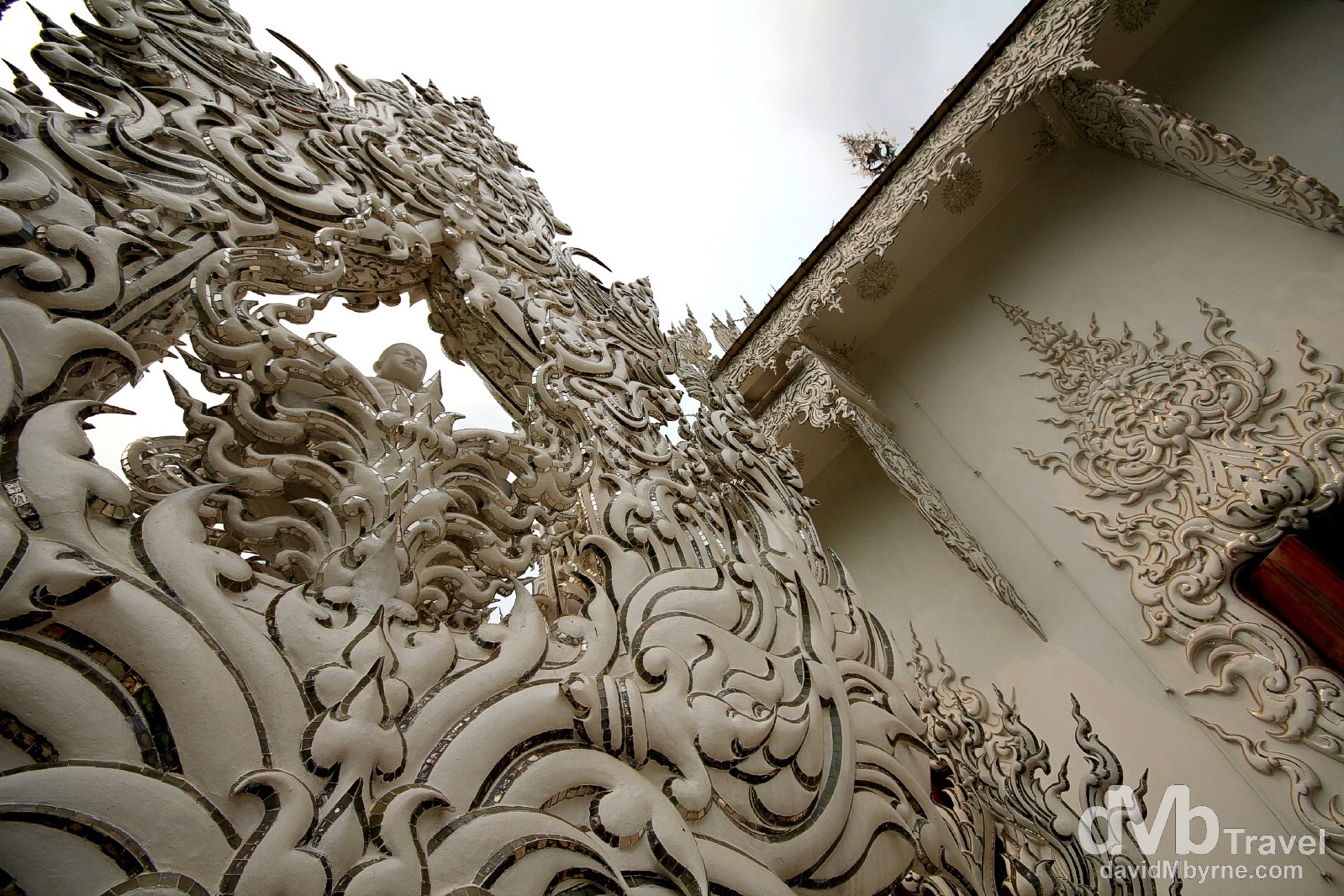 A section of Wat Kong Phrun, a.k.a. The White Temple, on the outskirts of Chiang Rai (

). The structure, with its twisted, pointy, pure white exterior sparkling with mirrored chips, looks like something out of the Chronicles of Narnia not to mention totally out of place in Thailand. The modern-day Wat (construction only began in 1997) is classed as a ‘contemporary unconventional’ Buddhist temple. It was designed by Chalermchai Kositpipat, a well-know local visual artist who is known for the use of Buddhist imagery in his art. Kositpipat funded the project, his dream come true, & hopes that in the future it will become a national treasure. Whether it does or not remains to be seen but for now he’ll have to be content with creating what is presently one of the most popular attractions in northern Thailand, and certainly the most popular attraction in Chiang Rai. I attempted to get the money shot of the structure (a picture from across the reflecting pool fronting it) but it was an overcast day and visibility was horrid – the region, as a result of wide-scale agricultural burning, is having air quality issues these days, even more-so than normal. So a close-up of the wat’s white bizarreness will have to suffice. Chiang Rai, Northern Thailand. March 11th 2012. 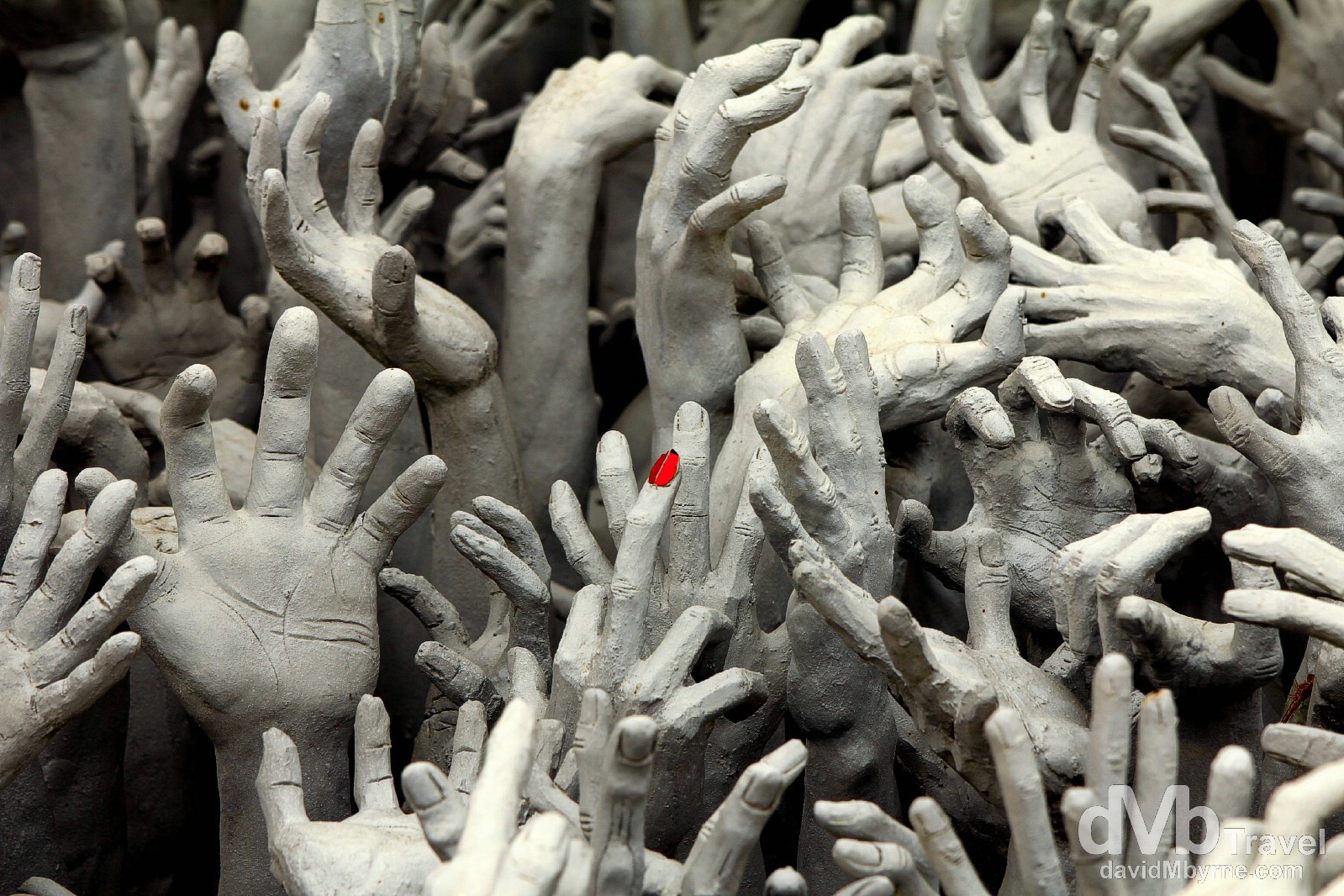 A lone red fingernail stands out in a sea of grey on a sculpture in the grounds of Wat Rong Khun, Chiang Rai, northern Thailand. March 11th 2012. 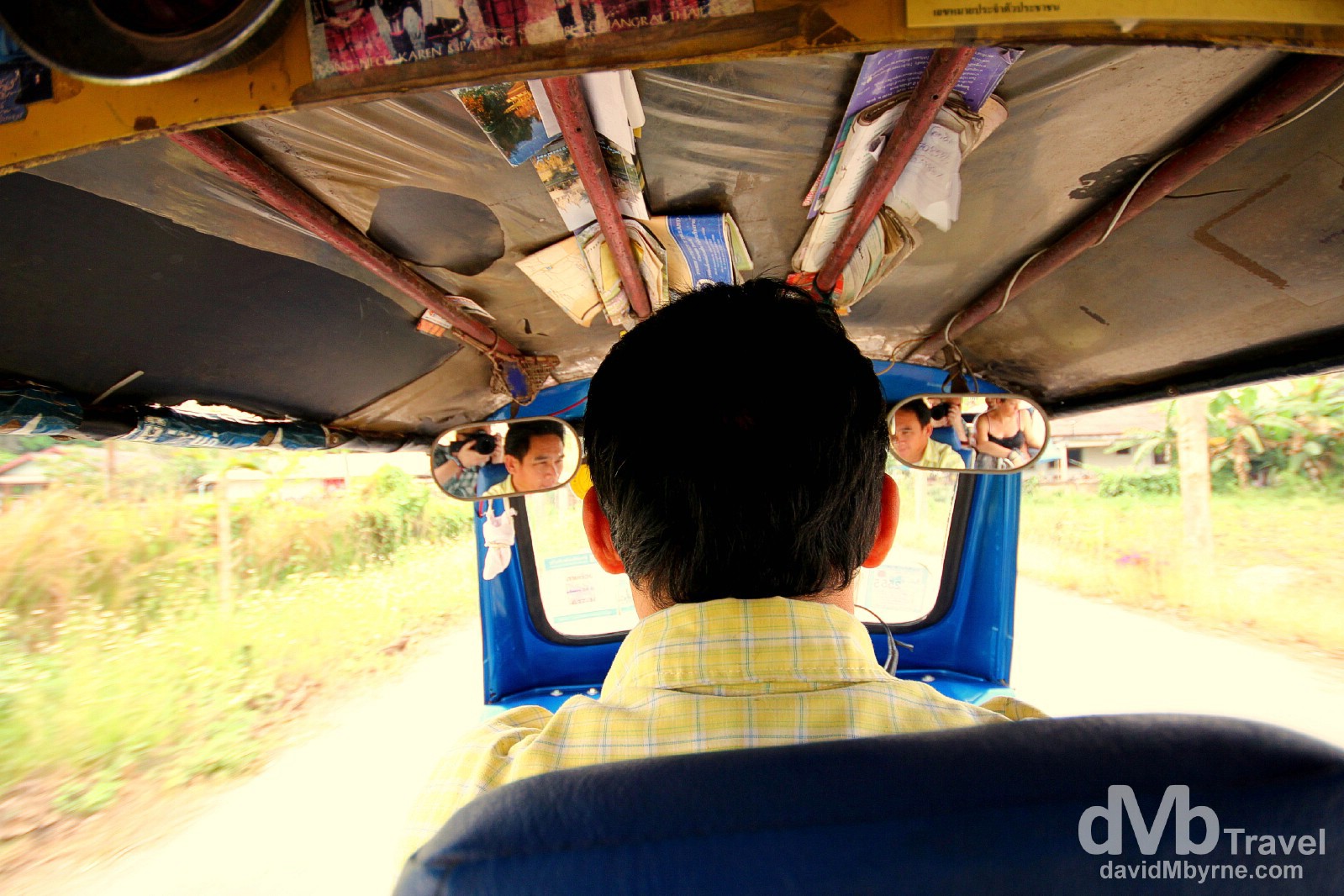 Now to a normal wat/temple.

Young Buddhist Monks in the grounds of Wat Phra Kaew, a.k.a. Bamboo Forest Monastery, the city’s most revered Buddhist temple. Legend has it that in 1434 lightning struck the temple’s octagonal chedi, which fell apart to reveal the Phra Kaew Morakot, or Emerald Buddha (actually made of jade). After a long journey that included a long stopover in Vientiane, Laos, this national talisman is now ensconced in the temple of the same name in Bangkok. Wat Phra Kaew, a.k.a. Bamboo Forest Monastery, Chiang Rai, northern Thailand. March 10th 2012.