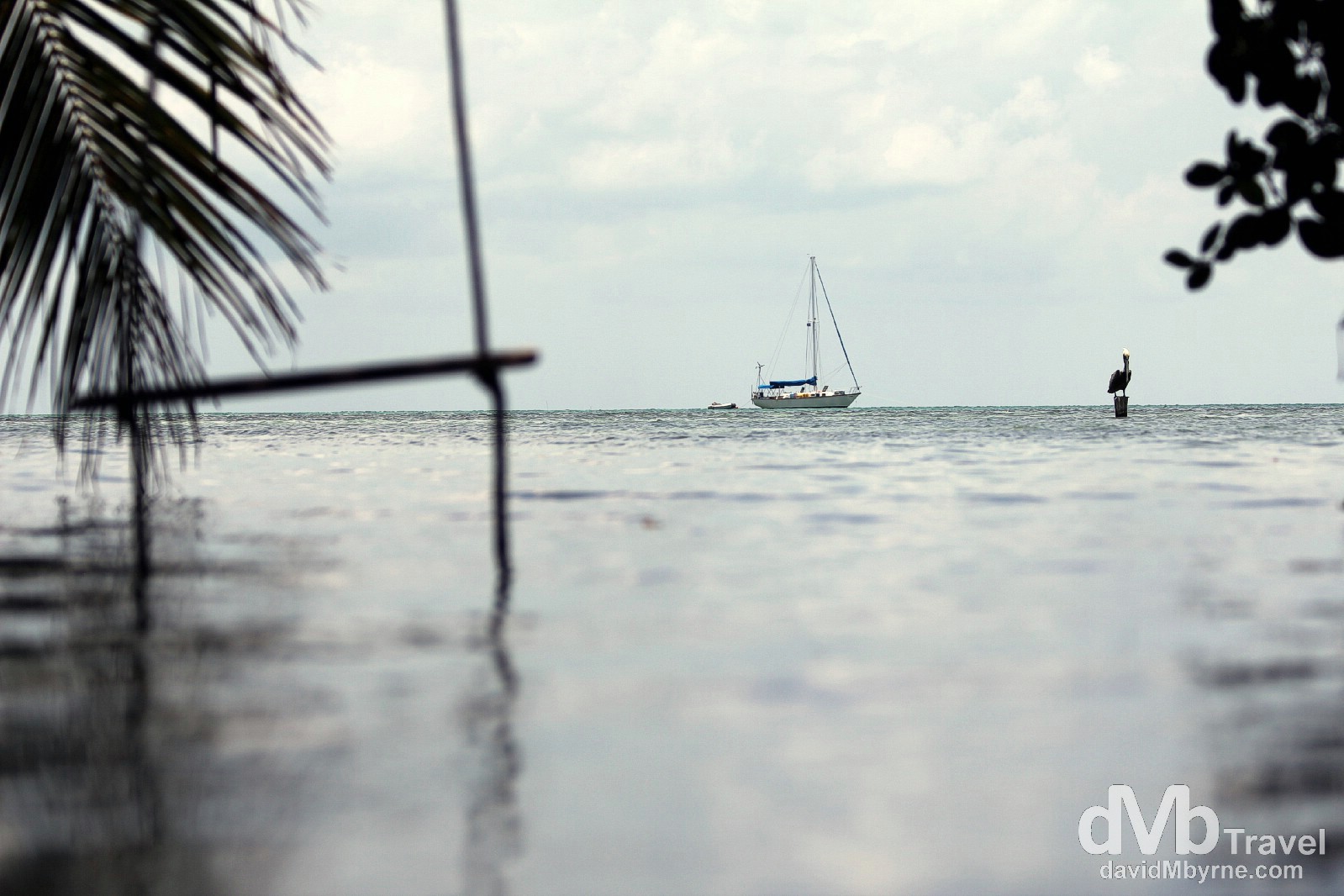 My 3 days & 3 nights of doing nothing on Caye Caulker, a small, low-elevation, sandy island of the coast of Belize in Central America, have come to an end. All I really did here was take pictures & even they were pretty repetitive. There’s only so much a small island offers photographically. Either that or the laid back vibe floating around here scuppered my creativity (entirely possible). 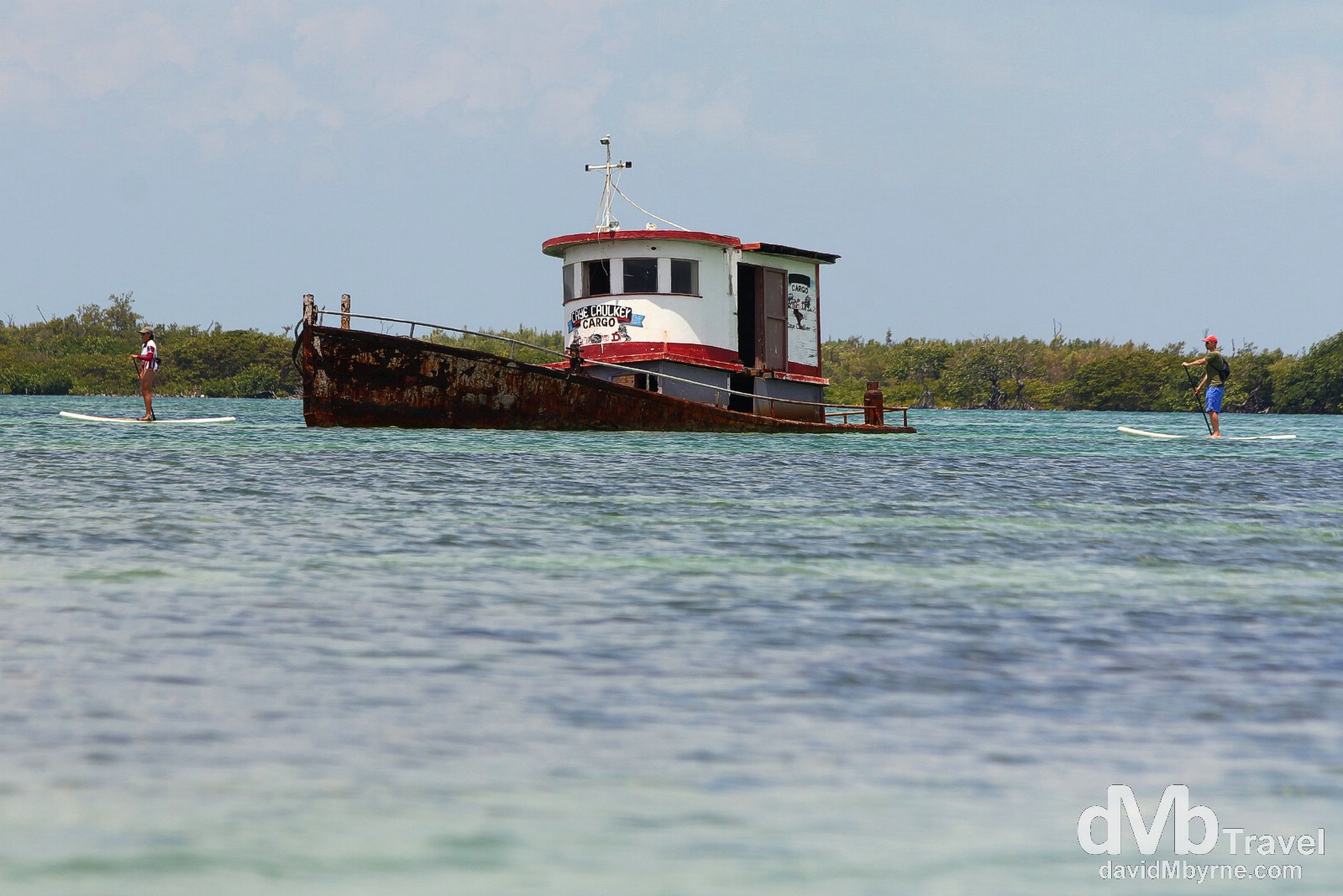 Keeping busy (& sober) here in Caye Caulker invariably means taking to the water, and paying a hefty price for the privilege – this isn’t a cheap place. Not being a water bunny meant I was happy to watch, & photograph from afar, including these people paddle-boarding around a rusting, half-submerged boat offshore. Caye Caulker (

It's a hot one today in Caye Caulker. A day for just lazing around. Day 435 http://t.co/FVIX8zU8FN #belize #cayecaulker #travel 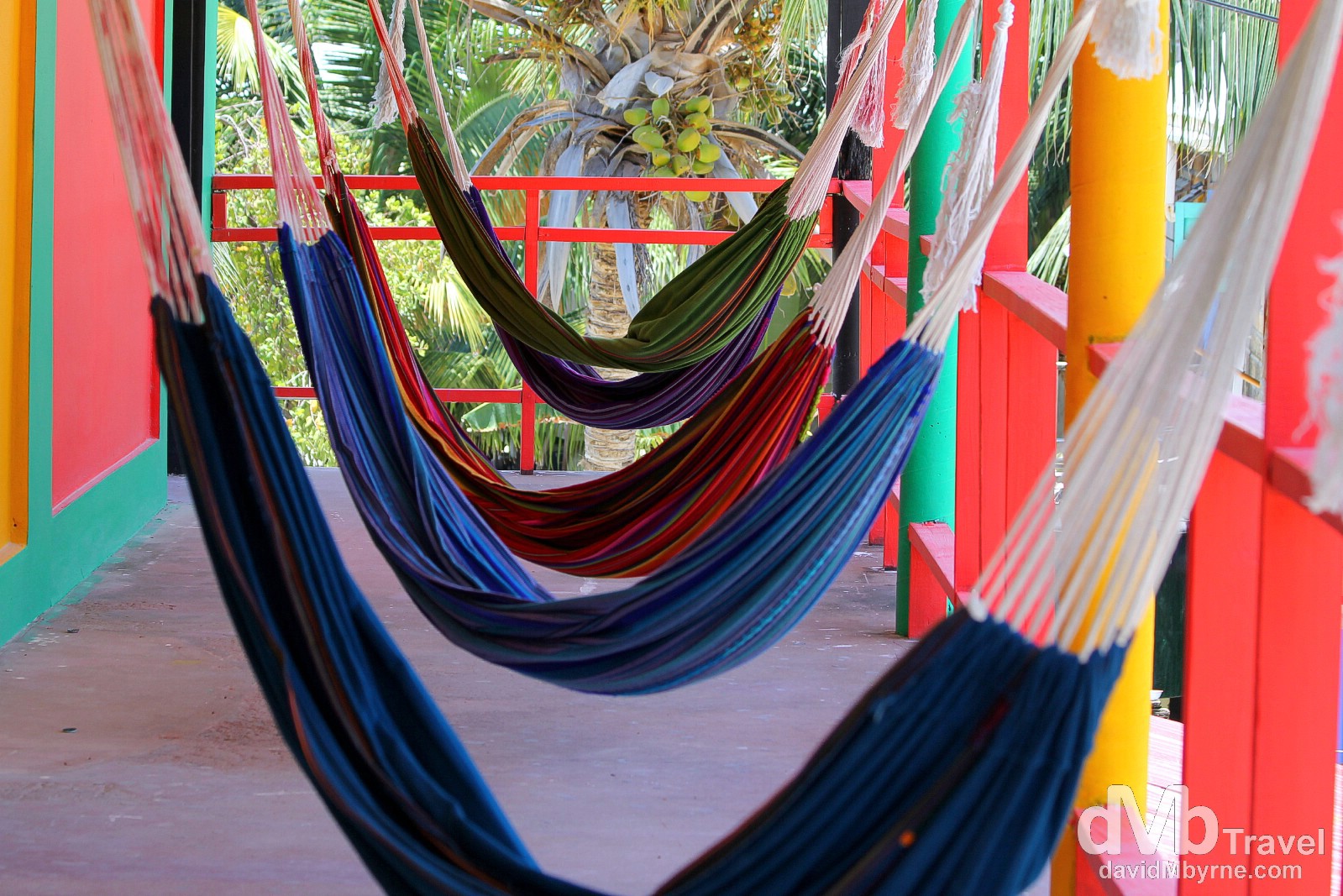 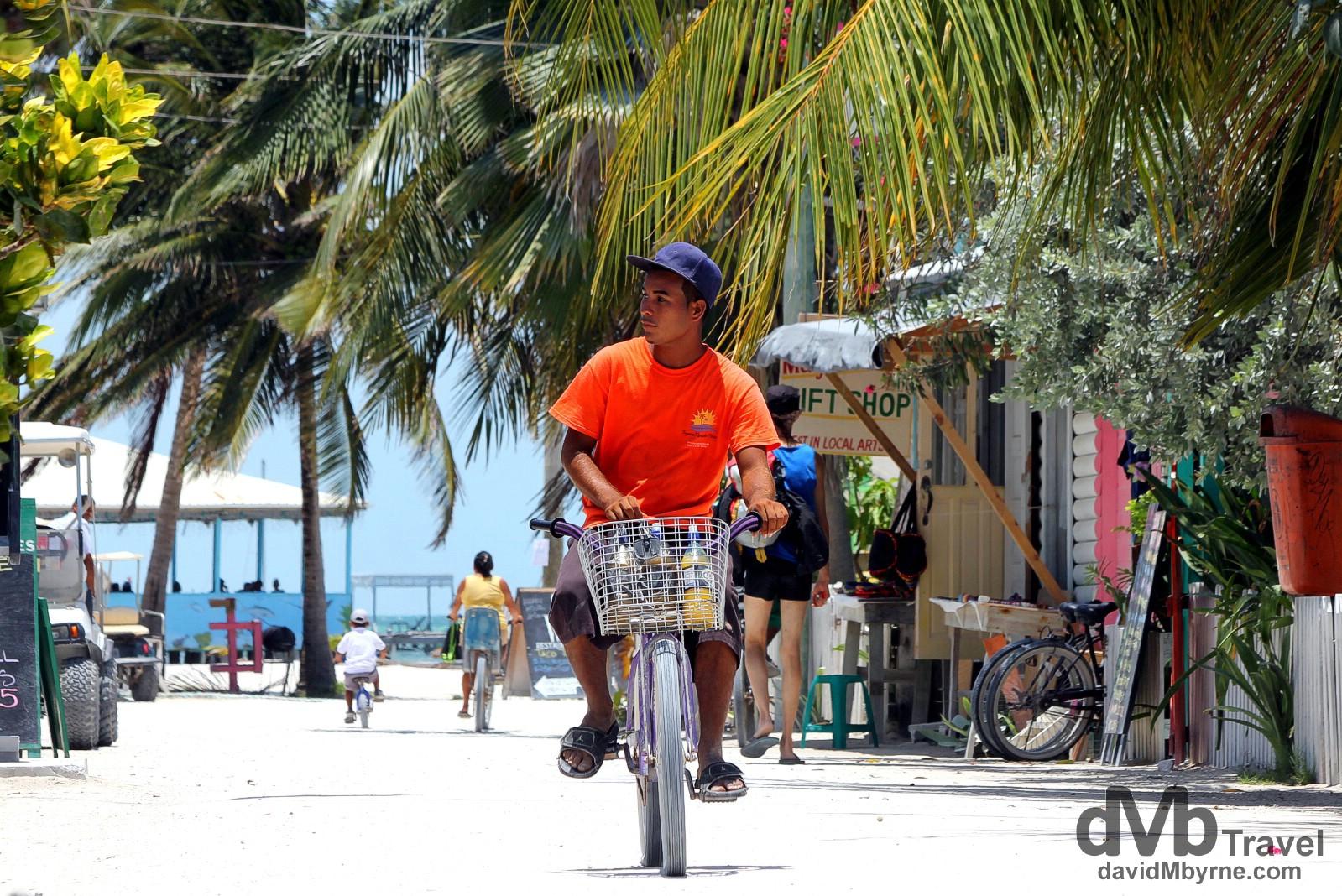 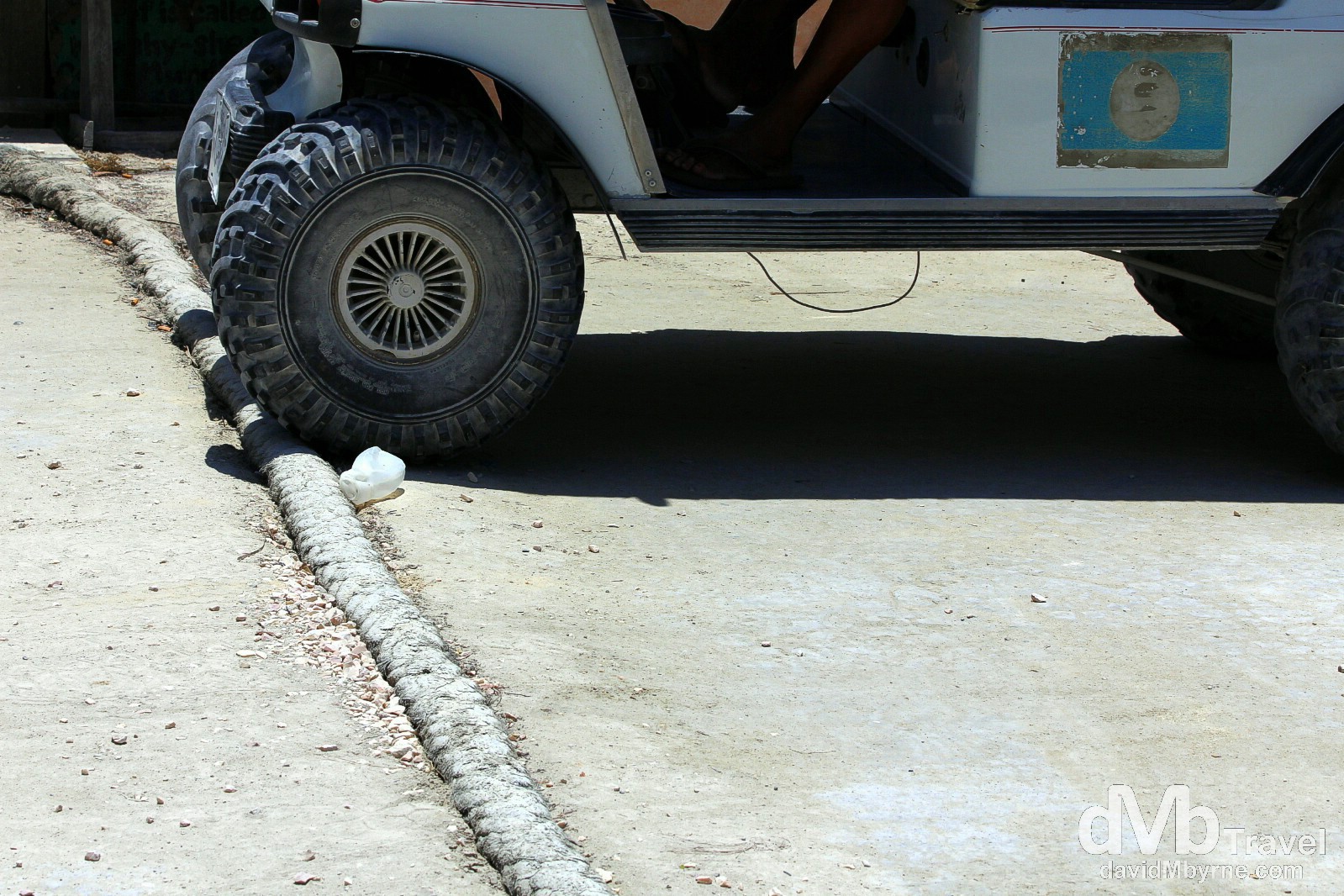 Caye Caulker is a popular hangout for pelicans. They are big birds. Not particularly pretty, but big. They spend a lot of time perched on the stumps offshore and they certainly look more photogenic from afar. Caye Caulker, Belize. May 14th 2013. 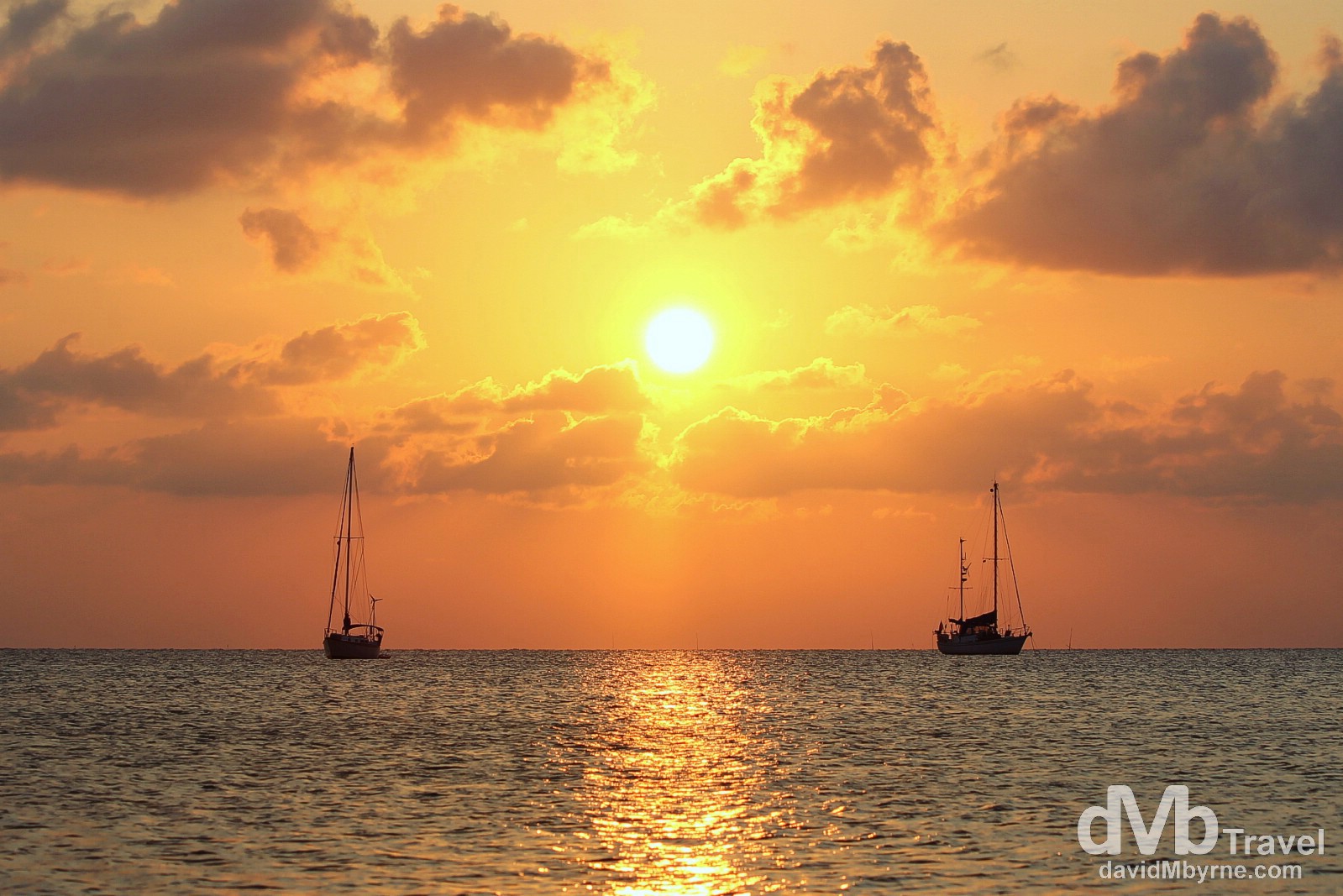 Sunset on Caye Caulker. Today I was up at 5 a.m. for sunrise on the eastern shore of the 300-metre wide (in sections, it’s 1.8 kilometres wide at its widest point) island. I was also out for sunset on the western shore some 13 hours later. It was kind of neat to be able to do that & on this particular day sunset was the clear winner in the battle of most photogenic daily atmospheric phenomena. Caye Caulker, Belize, Central America. May 15th 2013.

Mainland & Guatemala Bound
In the morning I’ll be heading back to the mainland for a bus that’ll take me across the country, across a border & into Guatemala. I’m expecting Guatemala to be a different, more Latin American destination, sort of like what I envisioned the real Central America to be like before I arrived in the region. I also expect it to be cheaper. Belize has been great. Somewhat of a surprise, a bizarre introduction to the region, but great nonetheless. Would I recommend you come here? For sure. Just don’t ask me why.