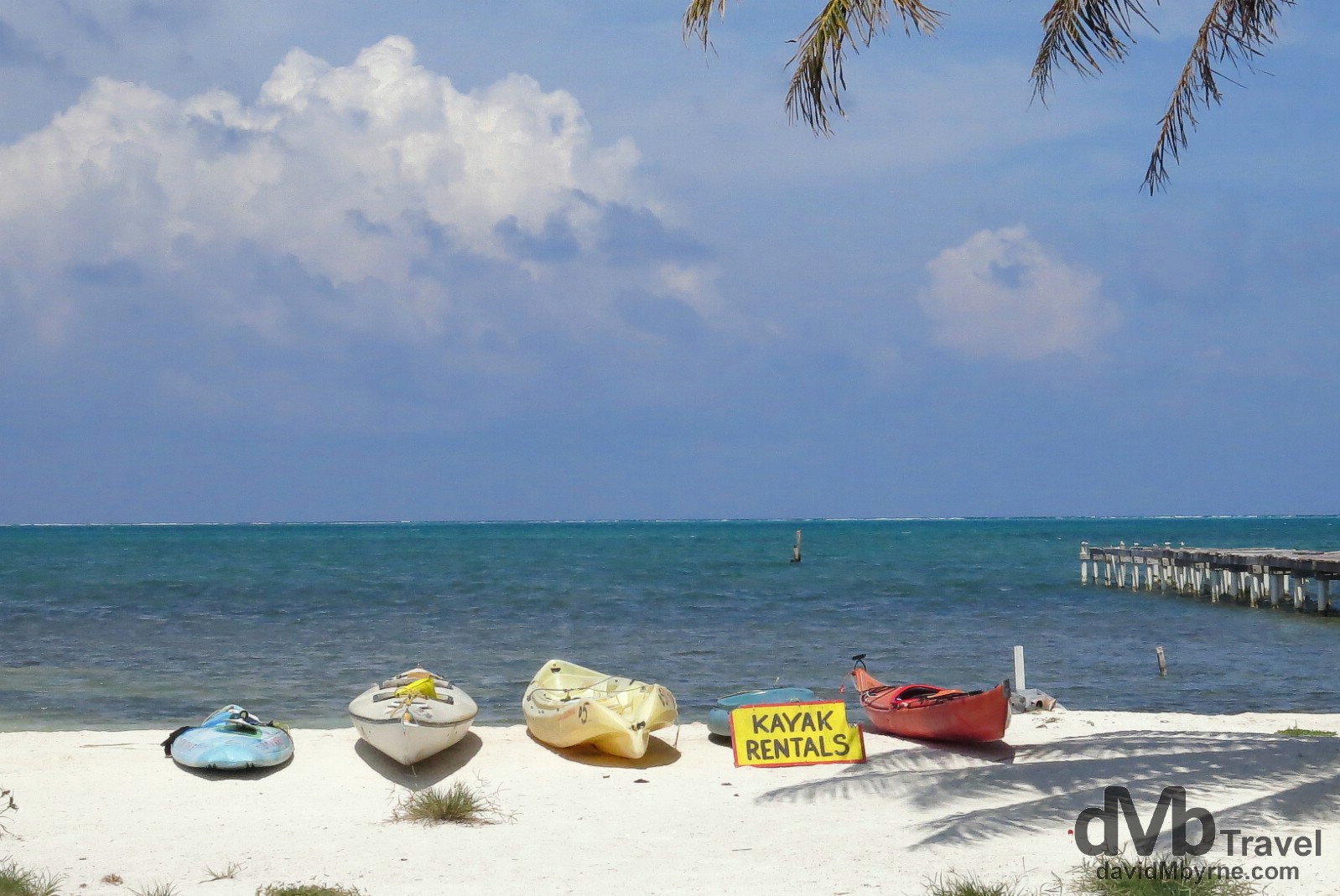 I’ve just arrived in Caye Caulker, Belize. A caye, also spelled cay or key, is a small, low-elevation, sandy island formed on the surface of a coral reef. And that’s exactly what Caye Caulker is – a small sandy island in the Caribbean Sea off the Belizean mainland. 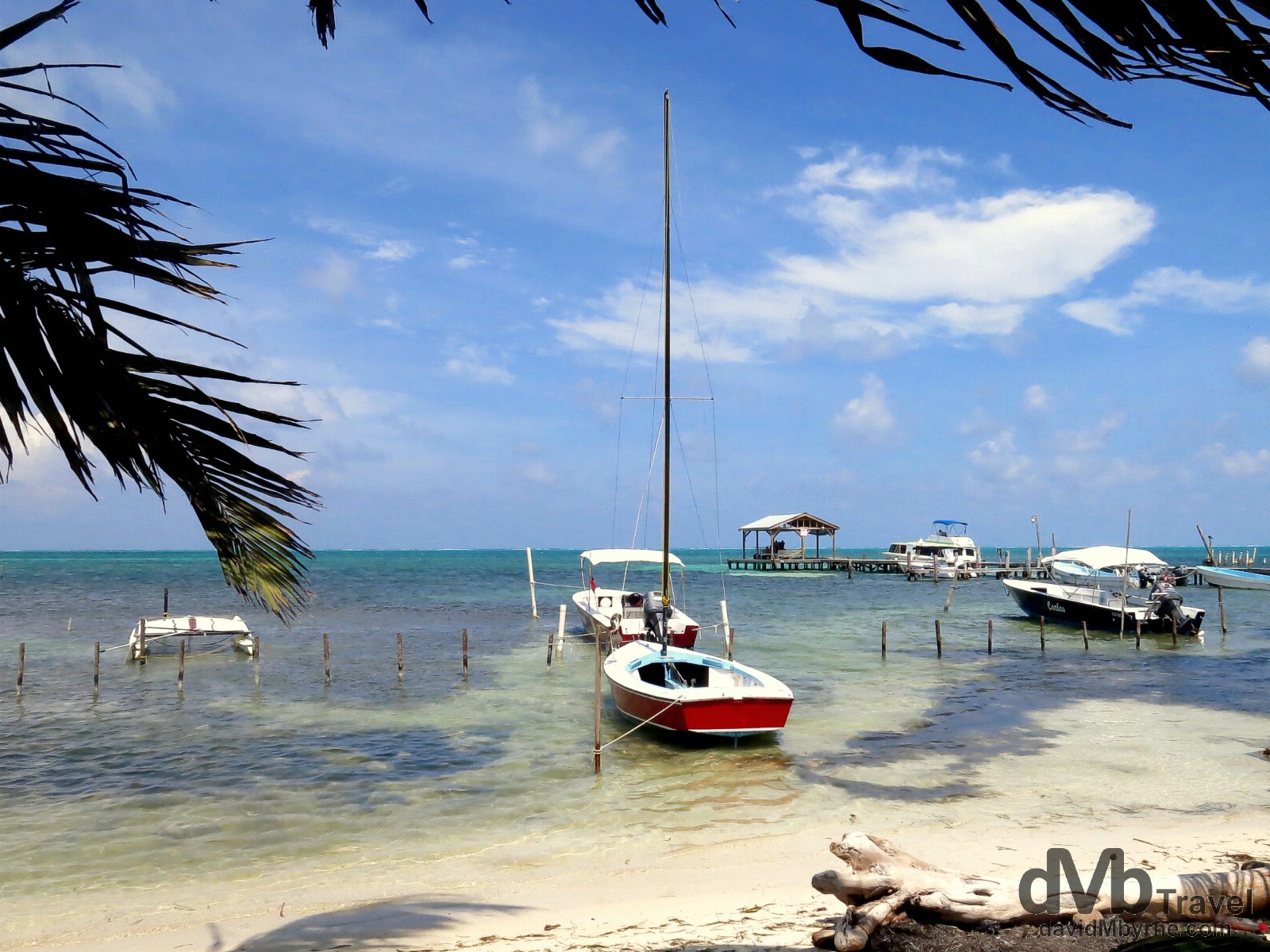 Umm. What to do now? A Caye Caulker dilemma. I’m not into getting wet so for me there’s absolutely nothing to do here save for avoiding melanoma and/or cirrhosis of the liver – there’s a real Caribbean feel here & shiver me timbers, there are rum bottles everywhere. 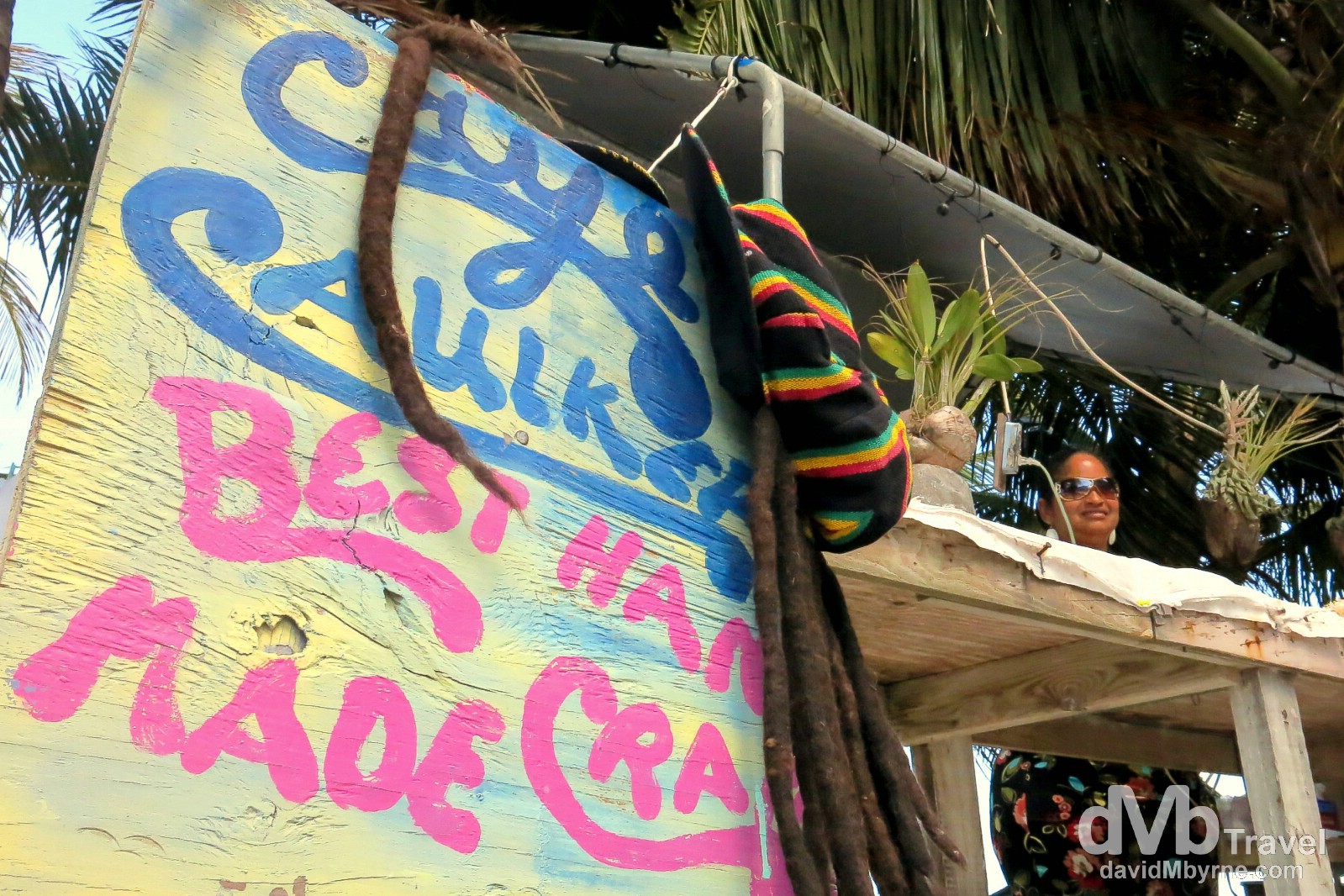 I need not have packed mine. Ready-made Bob Marley hat & dreds. Caye Caulker, Belize. May 13th 2013.

Despite the growth of tourism, Caye Caulker remains a small village with a distinct cultural flavor not necessarily found in large-scale tourist development. Almost all the businesses are locally owned, vehicles larger than golf carts almost never roam the streets, and lodging is small scale and relatively inexpensive compared to many other tourist destinations. We prefer to keep it this way. We frown upon large-scale development and focus upon the preservation of our unique heritage. 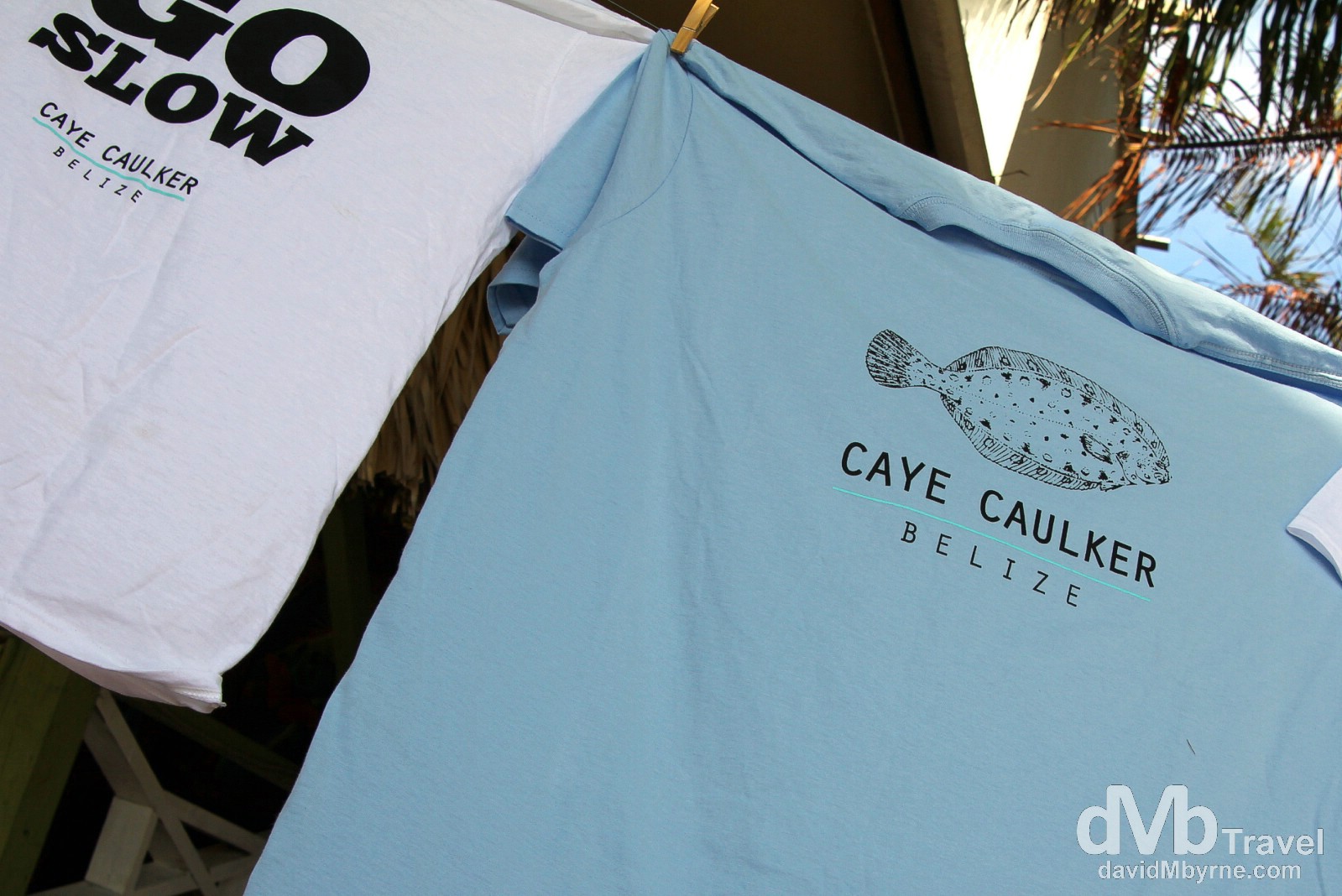 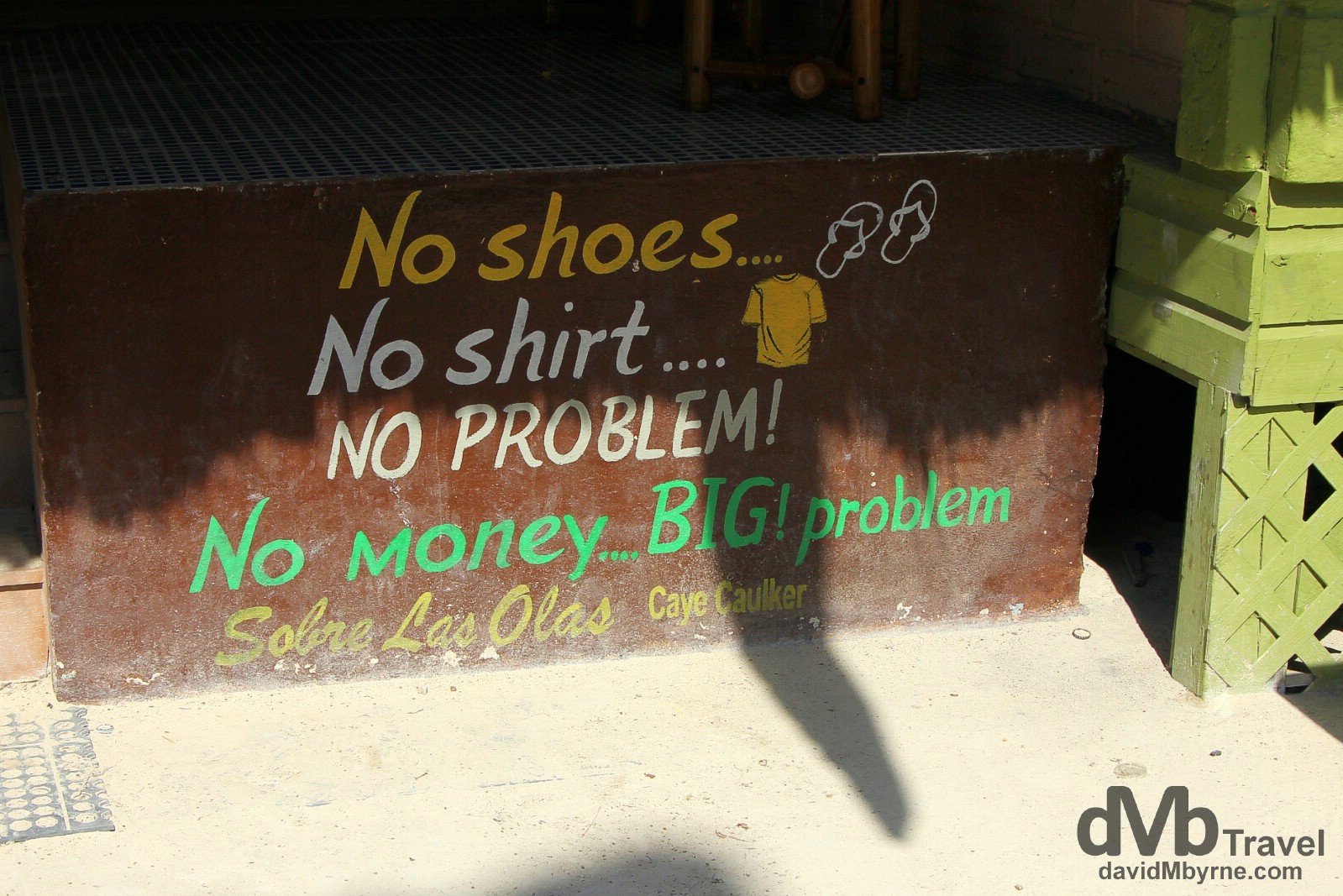 I wasn’t planning on coming to Caye Caulker but now that I am I’ll be riding out the rest of my days in Belize right here – that’s 3 nights, starting tonight. Right I’m off; my first Caye Caulker 4-hour happy hour has begun.