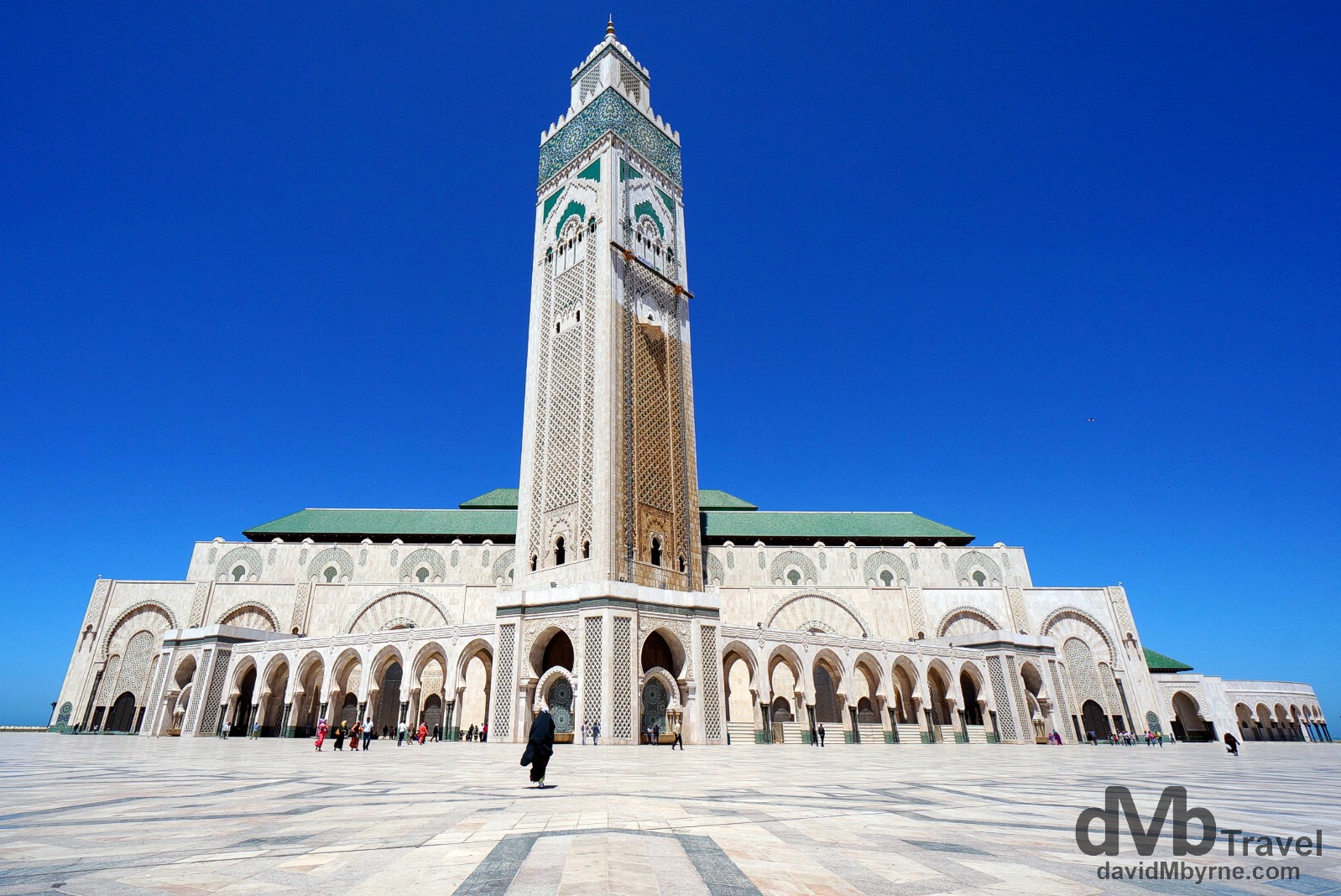 I‘ve been taking it easy since arriving in Casablanca, Morocco yesterday. Tonight will be my second night in the city, second night in the country. I’m enjoying it thus far & I’m especially enjoying the cooler temperatures – a daytime average of 22 Celsius is a welcome reprieve from the insufferable cauldron that was the Arabian Peninsula & I’m back to wearing socks & long pants again. 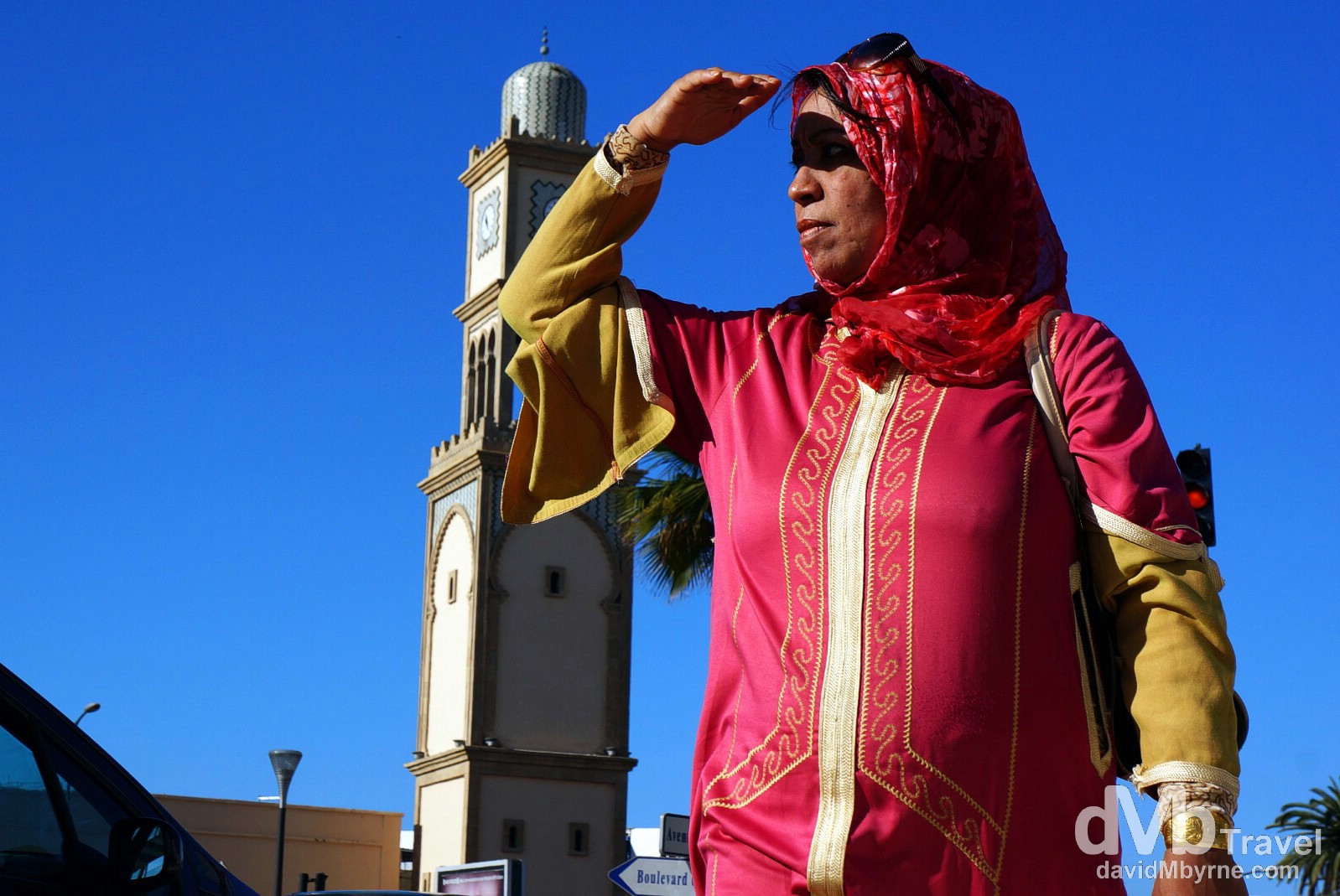 Morocco has been on the radar for a while. It’s great to finally be here and I can tell it’s going to be a photographic treat, not to mention a photographic challenge. I plan on spending at least a month touring the country, a kingdom (constitutional monarchy) with a largely Muslim population. The rough plan is to continue down the coast, head inland over mountains towards the Sahara & border with Algeria before eventually heading north back home to Europe.

So lots more to come from Morocco over the coming weeks. But for starters here are a few pictures captured over the last few days of trying to take it easy in Casablanca. It’s not the capital (that’s Rabat) but it is the economic & cultural heart of the country, a sprawling metropolis full of traffic jams, colonial buildings, palm tree-lined boulevards & people, the kind of rough around the edges place that could scare less travelled types.

In a city not endowed with notable sights, Morocco’s late King Hassan II wanted give Casablanca a landmark and so had this behemoth constructed by a team of some 6000 craftsmen over a 13 year period between 1980 & 1993. Although at first glance it doesn’t look like a mosque (the structure’s square, 210 metre-high minaret, the tallest minaret in the world and Morocco’s tallest building, looks more like the Campanile in St. Mark’s Square, Venice, Italy, than a classic mosque minaret) that’s exactly what it is, The Hassan II Mosque, one of the largest mosques in the world (some sources claim it to be the world’s third largest mosque while Wikipedia claim it to only be the 13th largest). Calling the construction ambitious is an understatement – built on reclaimed land, echoing the verse from the holy Quran that states God’s throne was built upon the water, and with an interior that can accommodate 25,000 worshipers (the external courtyard can house 80,000), it has centrally heated, see-through floor and retractable roof. All in it cost in the region of half a billion dollars to build and while Casablancais like their mosque, some feel the money could have better spent while others quibble at the cost of the its upkeep, which is substantial given its seaside location. The mosque appears on the Moroccan 20 dirham note (€1.80) and tourists are scandalously expected to hand over 6 of those notes to get a look at its interior. Yes, I’ll pay €80 to visit the observation deck of the world’s tallest building but there’s no way I was paying €11 to look inside a mosque, no matter how impressive the interior woodcarving, tile work & stucco moulding is (‘astonishing’, according to Lonely Planet). At those rates I guess it’s the tourists who pay for the mosque’s upkeep, at least those tourists willing to pony up 120 dirhams to go inside. Hassan II Mosque, Casablanca, Morocco. April 28, 2014.

Heat shimmer in front of the Hassan II Mosque in #casablanca #morocco the third largest in the world. http://t.co/bGCdagGSzn 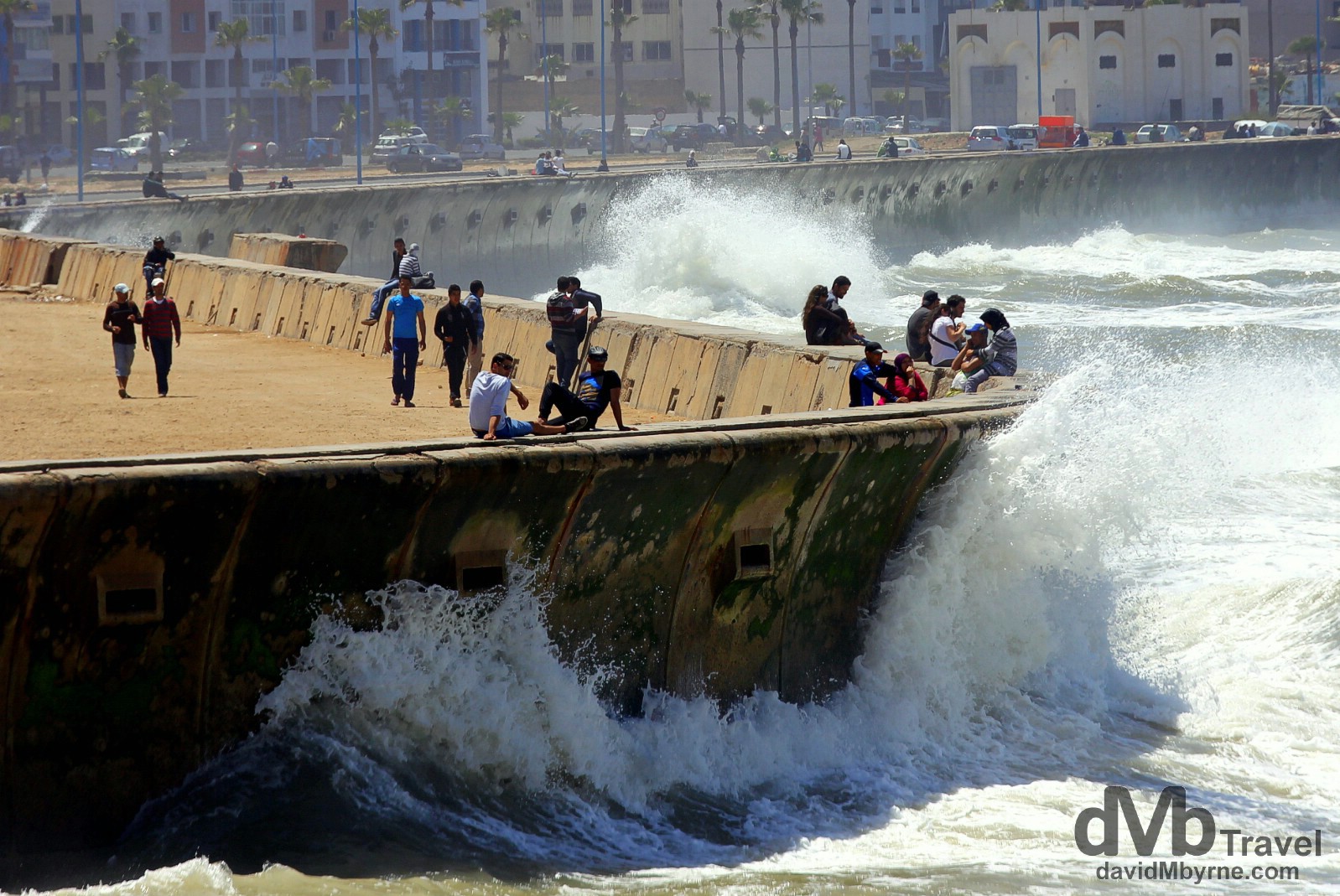 The Atlantic bashing a section of the Casablanca harbour wall as seen from the Hassan II Mosque. Casablanca, Morocco. April 28th, 2014

Ancienne Medina
A medina is the ancient quarter of many cities in northern Africa and here in Casablanca I got to experience the first of (I assume) many medinas that I’ll visit during my travels in Morocco. The Casablanca medina is small, dilapidated & mostly residential. I spent a few hours meandering this way and that, getting lost and taking a few pictures. 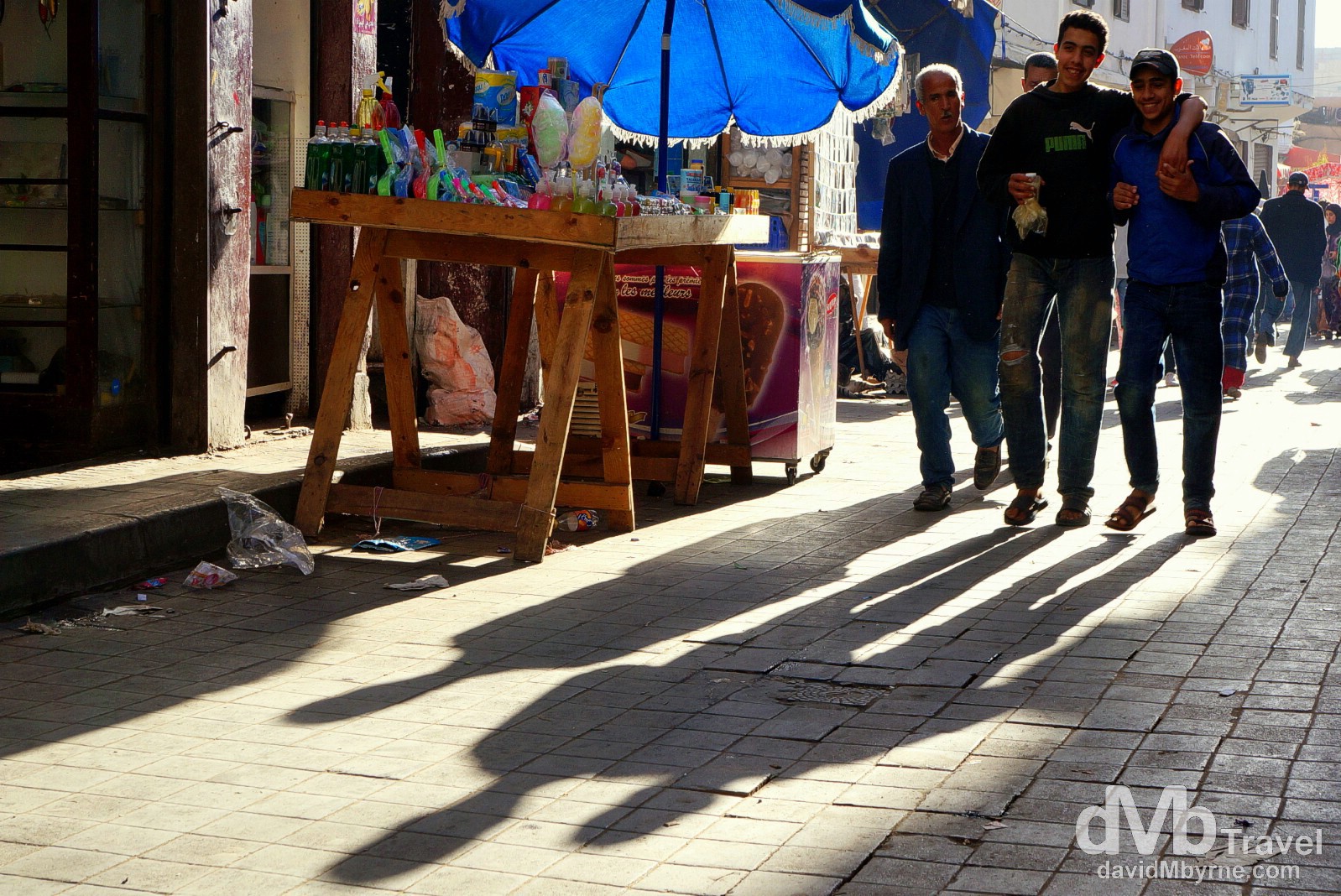 Shadows & bromance in the lanes of the medina in Casablanca, Morocco. April 28th, 2014 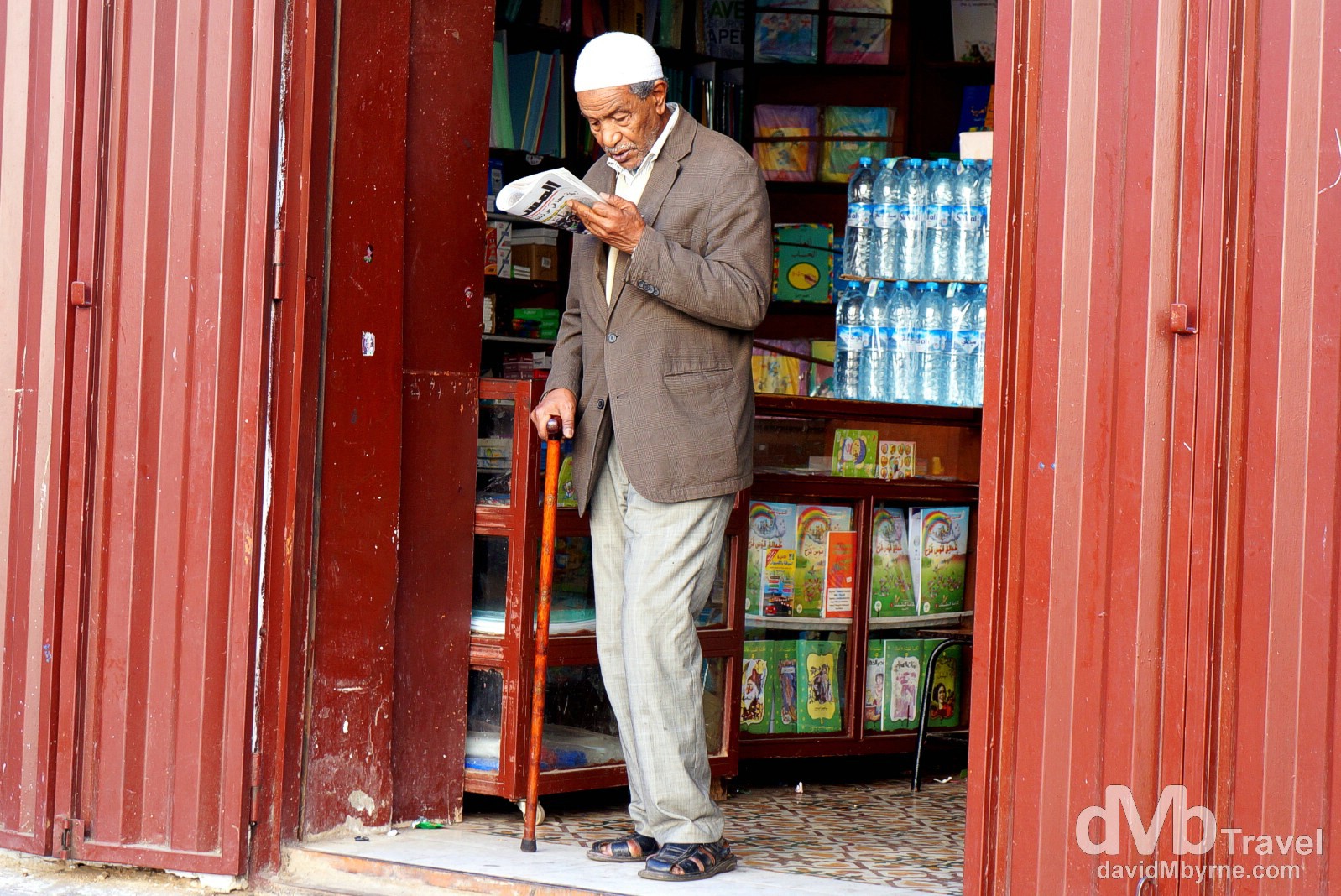 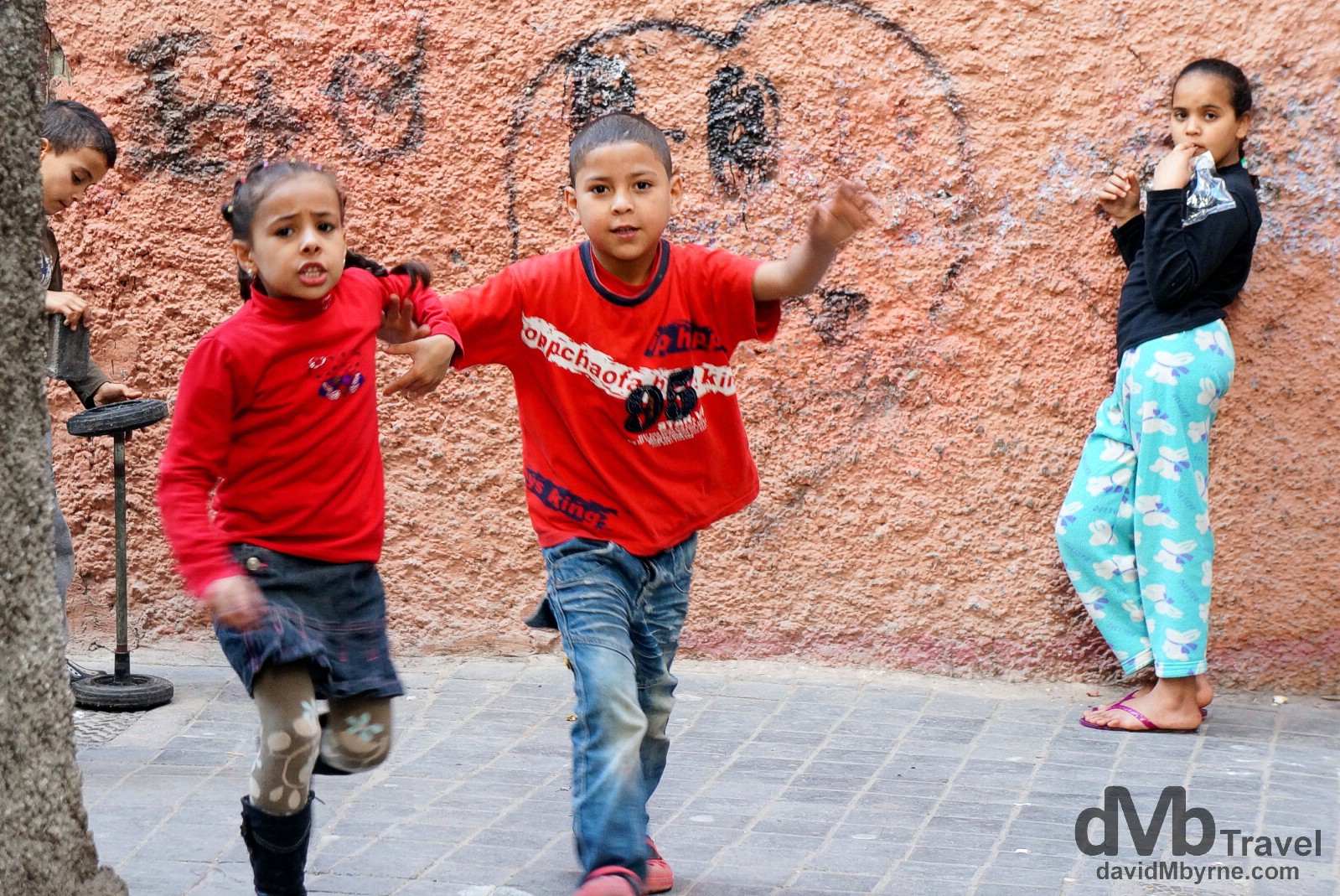 These kids saw me with my camera in hand and came running up to me to tell me I couldn’t take their picture. They were too late. Ancienne medina, Casablanca, Morocco. April 28th, 2014 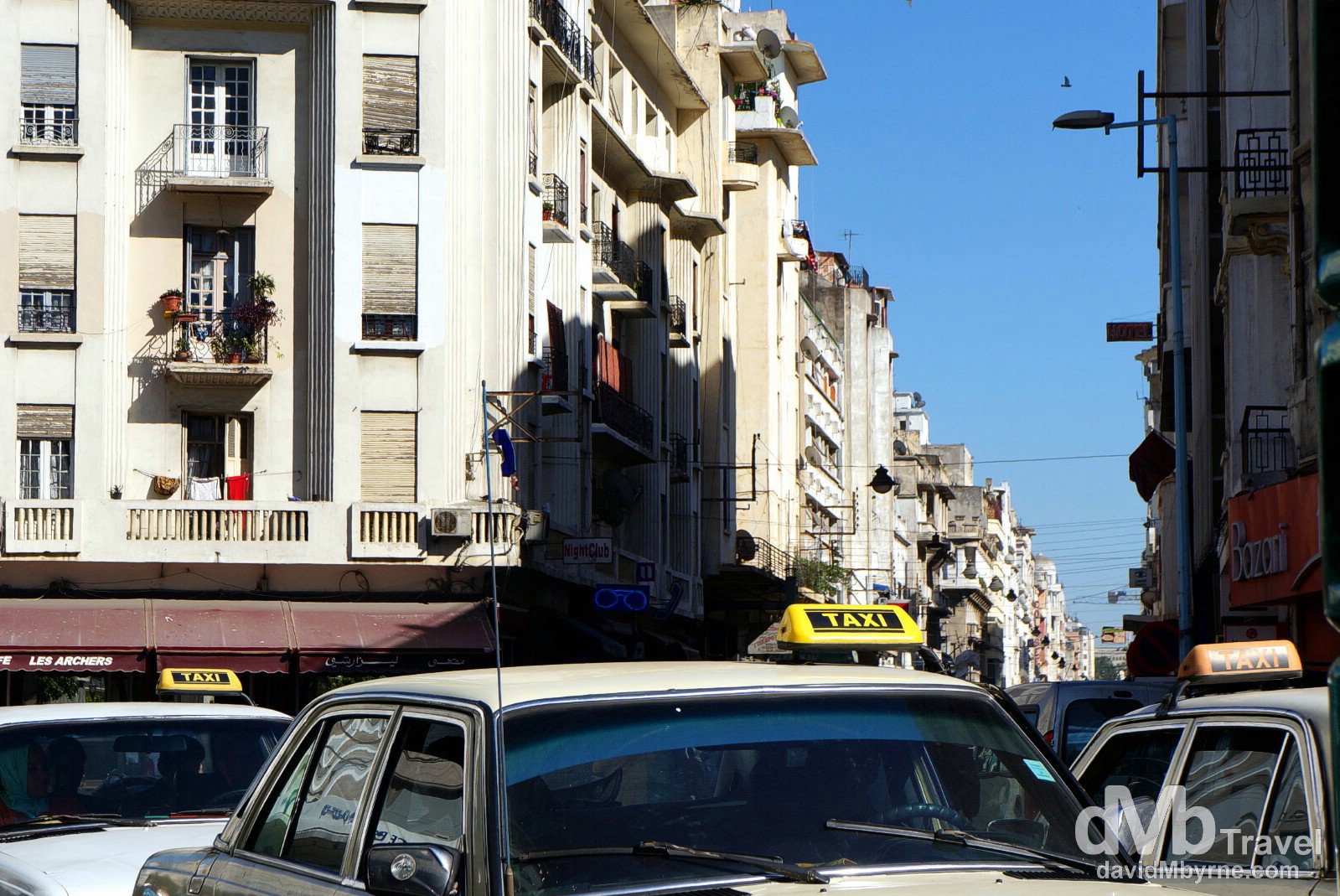 Casablanca city centre has a lot of cool colonial & art-deco architecture, remnants of the French – they are responsible for building present-day Casablanca, that which is found beyond the city’s tiny medina (& they did likewise in most Moroccan cities of any moderate size). There are a lot of taxis on the streets too, big ones (so-called Grand taxis, all Cold war-era Mercedes) & small ones, the latter cutely labelled Petit (small) Taxi. Both are pretty dilapidated, much like large parts of the city itself. Casablanca, Morocco. April 28th, 2014

Moving On
I’ll be leaving Casablanca tomorrow but I won’t be going too far. I’ll be heading to El Jadida, a coastal town a short distance down the Atlantic Coast from Casablanca. Lots more to come from Morocco. I’m excited.