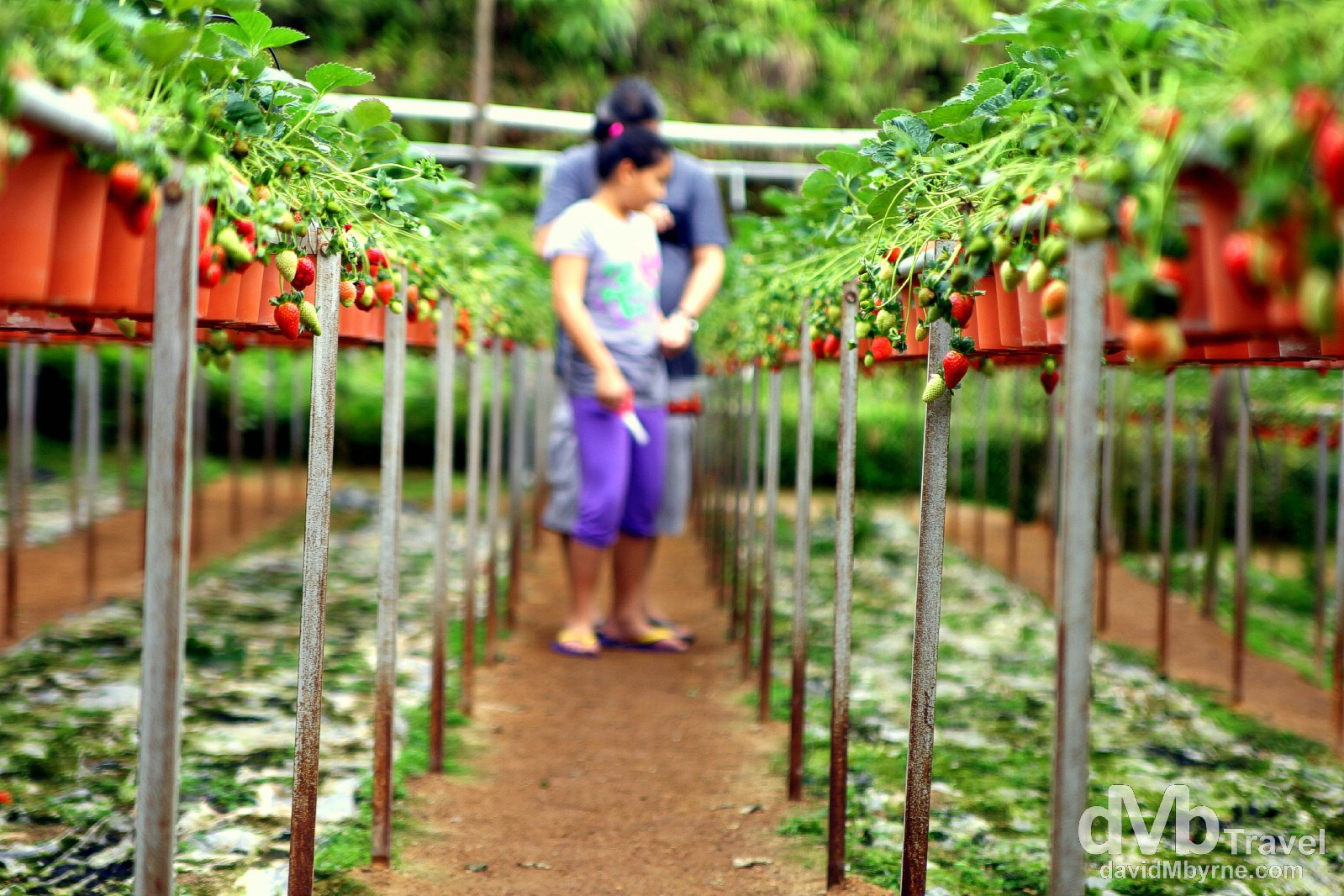 #FirstWorldProblem
I’m on the new (as of 2007) ETS, Electronic Train System, heading south from the northern city of Ipoh to the Malaysian capital of Kuala Lumpur (KL). I’ve been spoiled living in ultra-modern Seoul so to me this jewel of the Malaysian railway system (aside from this ETS service the country only has two colonial-era rail lines to its name) is nothing more than a glorified subway car, albeit a fast, bright & comfortable one. But that’s more than OK with me because I need a break from Malaysian buses. I’ve spent a lot of the last 3 days on God-awful slow buses, and all to go relatively short distances; the 7 hours I spent on a bus yesterday to go some 240 kilometres says it all – the first 20 kilometres the trip took me a whopping 2 hours. It’s not that the roads here are bad, or that I’m in a hurry. They aren’t & I’m not. Travelling on Malaysian buses over the last few days has proven to be more of a frustration than anything else & only because the frustrations are/were so unexpected. I mean, I wouldn’t get frustrated in, say, India because I’d expect posted departure times to be nothing more than a suggestion; I’d expect frequent stops to pick up or drop off passengers take an inordinate amount of time; & I’d expect drivers to randomly stop to pick up stuff (breakfast, petrol etc.). But in Malaysia, a modern(ish) country that’s trying hard to get its fair share of the SE Asian tourist dollar, it’s a surprise… & thus a frustration. And it’s precisely because of that that I’m on this train (one hundred twenty km/h right now) which is, unfortunately, only a a temporary respite – I’ll back on Malaysian buses tomorrow en route to Singapore. 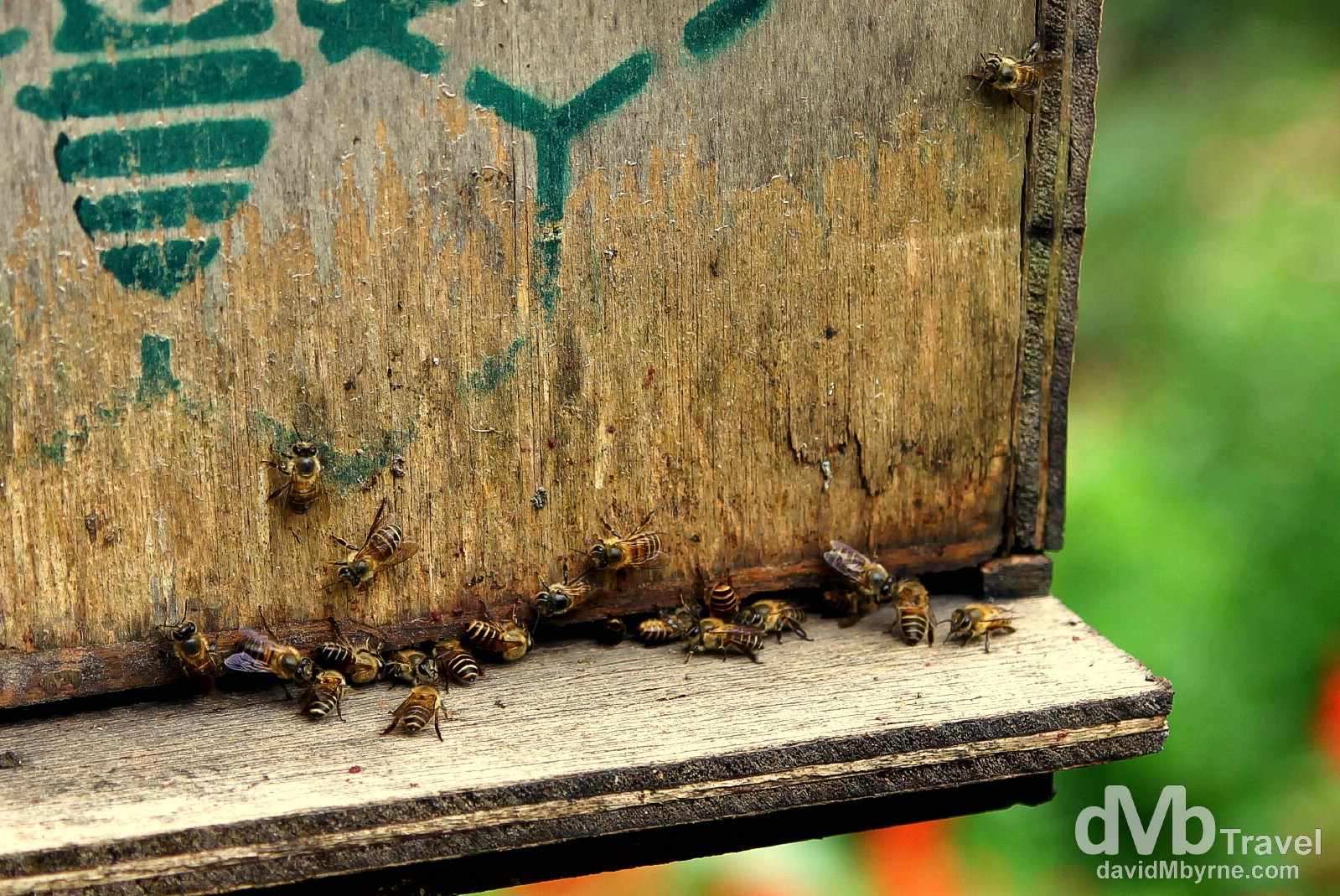 A Honeybee Farm in the Cameron Highlands (

Cameron Highlands
It took 7 hours on a bus to get from Geororgetown in Penang to the Cameron Highlands. It’s really not that far – 240 kilometres according to Google (it knows everything) – but I’ll say no more about that. The Highlands are Malaysia’s premier hill station, a vast area of rolling green hills, tea plantations and forest, & another favoured hangout of the colonial British all those years ago. The highlands take their name from William Cameron, a British surveyor who first mapped the area in 1885. The temperatures up here, at an average altitude of 1,300 metres, are a good bit lower then the rest of the country so it’s the perfect environment for cultivating crops, especially tea & strawberries. 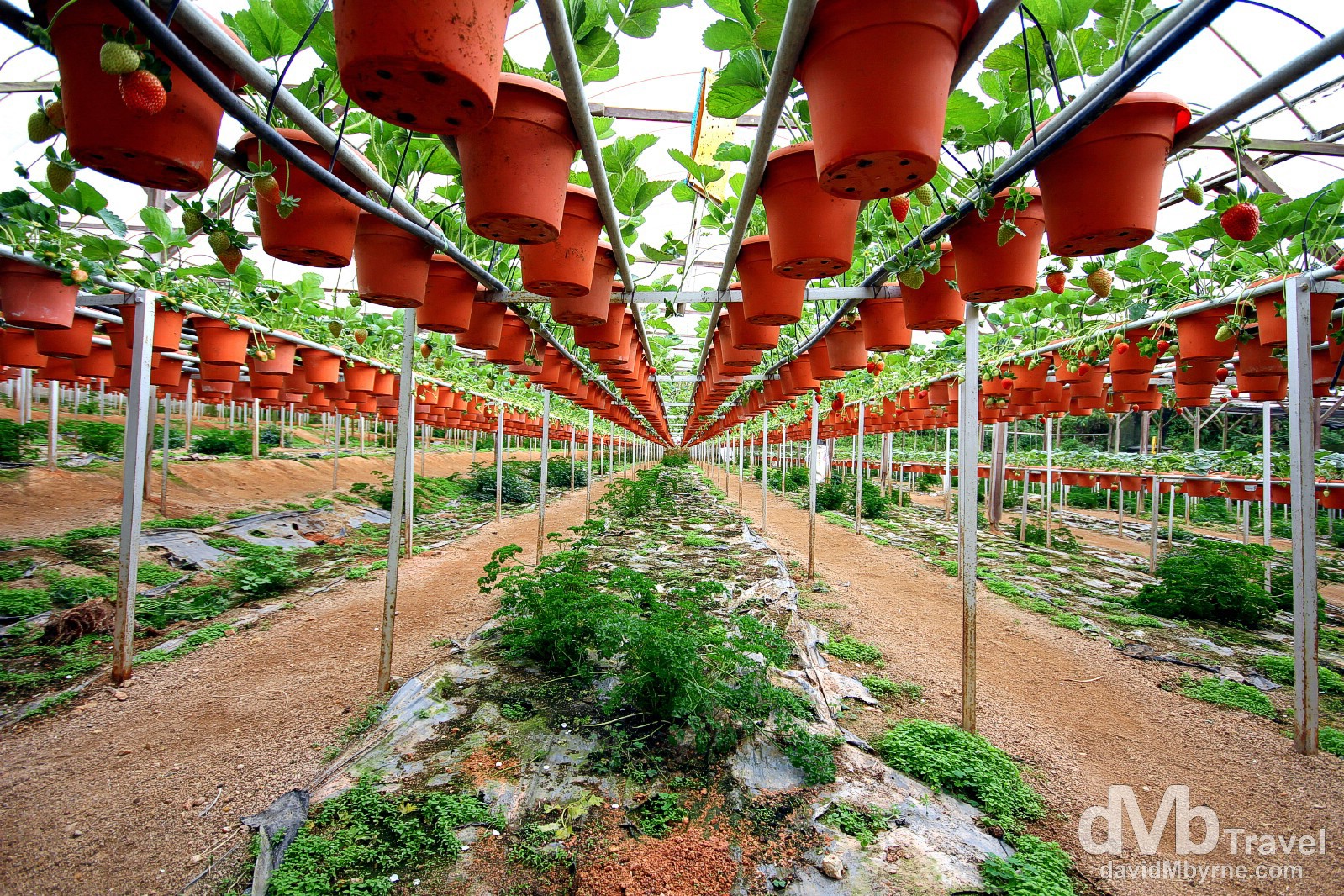 One Night Only
I had planned a few nights in the Hills but after waking up this morning I decided one was sufficient (plus I’d been here before, back in 2003 when I hung around a bit longer). So I took another (slow) bus trip earlier today from Tanah Rata in the Cameron Highlands to Ipoh, from where I boarded the train I’m presently on (one hundred forty-seven km/h right now). I’ll find somewhere to hole up for the night in KL and from there get a bus to Singapore tomorrow. Anyone would think I was in a hurry (I’m not) – relying on buses in this part of the world means one definitely should not be.